Plus, Jennifer's Body, A Perfect Getaway, and a glimpse into the world of beer pong.

Now that Christmas has passed, it’s time for you to return all those gifts you didn’t really want and pick up something special for yourself. And, unfortunately, though we have a couple of big-ticket items hitting home video shelves this week, the overall selection is once again a little spotty. Many have been waiting for the chance to see the super low-budgeted thriller Paranormal Activity, and now is their chance, as that hits stores today. On top of that, the visually distinctive animated film, 9, also comes out this week, along with the much anticipated (but poorly reviewed) Diablo Cody/Megan Fox movie, Jennifer’s Body. Aside from those, we’ve got a handful of other interesting choices, including a profile of a legendary boxer, one of this season’s hottest new TV shows, a wrestler beating up bad guys, and… beer pong? See which of them will make it onto your DVD shelf!

Who says you can’t catch a big break in Hollywood with a low-budget indie film these days? Oren Peli might be able to drop a little science on the topic. The fledgling director of Paranormal Activity shot his psycho-supernatural thriller reportedly for about $15,000, using unknown actors and minimal special effects, but word of mouth spread like wildfire, and before America knew what hit it, the film opened to a nationwide audience. Not only did Paranormal Activity earn Certified Fresh status from RT critics with an 82% Tomatometer, it went on to gross over $100 million in the US alone, making it a tremendous success story. If you missed this minimalist creepfest when it hit theaters, here’s your chance to enjoy it in the comfort of your own living room… which might actually prove to enhance the experience.

In a year full of films with the number “9” in their titles, this stitch-punk, dystopian animation still found a way to stand out among the rest. (Though it was the only one to be released on 9/9/09, if to minimal fanfare.) An all star voice cast backs this allegorically infused clutch of post-Metropolis, cuddly-droids who work to save the floundering civilization from all out damnation. You have to love rebel yells and though the protagonists here are half-armature/half-potato sack, they’re evocative and a new life might loom for director Shane Acker’s visually realized landscape on DVD. Blu-Ray DVD extras include commentary with the director, the heads of animation and the editor; three making-of featurettes; and the short film upon which the feature was based.

Despite its multi-hyphenate descriptors (post-feminist, horror-comedy) and its pedigree writer/directors (Diablo “Juno” Cody and Karyn “Girlfight” Kusama, respectively),Jennifer’s Body underperformed in the box office. It’s a throwback to high school horror that aims to put the “bod” in bodacious and self-consciously does so at its own peril-not everyone’s going to see that the movie plays up Jennifer’s objectification, or that the film could be one big comic jab that turns Megan Fox into the onscreen succubus her offscreen persona has been hinting towards. But if all that wasn’t plain, the film’s also a hyper-quirky buddy-pic-cum-allegory about the dysfunction that binds girlfriends in high school. (Shall we add “feel-good” to those multi-hyphenates?) The unrated, double disk Blu-Ray has writer/director commentary tracks, a boatload of deleted scenes, a few TV promo specials and a fake PSA on peer pressure not included in the final film.

Looking for a tense little B-movie to while away a cold winter’s night — preferably one that takes place in a lush tropical setting? You could do worse than A Perfect Getaway, starring Steve Zahn and Milla Jovovich as a pair of newlyweds who stumble upon a terrifying game of wits within an idyllic paradise. Now, we don’t want to oversell this thing; the critics were divided on its merits, but most agreed A Perfect Getaway is a better-than-average genre piece with some good twists. The DVD comes with the theatrical version of the film and an unrated director’s cut.

Glee, Vol. One: Road to Sectionals

“You can’t always get what you want… But if you try sometime, well you might find you get what you need!” sang Glee‘s cast in its triumphant first season. All too often, the enthusiasm for any of “Television’s Most Talked About New Shows” wanes over the course of a season, but Glee arguably managed to fulfill its stratospheric hype and first season manifest destiny of well-choreographed entertainment. For those abstaining from television this year, Glee tells the story of a motley crew of high school students that make up the school’s glee club and their struggles in living with the stigma of being part of that club. While the show is largely known for its catchy song and dance, it adds in a healthy dash of risk-taking humor and multiple storylines that prevent the episodes from becoming too formulaic. The DVD features full length audition videos, performance videos, a behind the scenes with one of the show’s creators, Ryan Murphy, a dance boot camp, and a featurette on the students home away from home, McKinley High School.

Carriers has a hot cast that includes Chris Pine, Lou Taylor Pucci, and Piper Perabo. In addition, it got mixed-but-mostly-respectful reviews, a rarity in the horror genre these days. Carriers tells the tale of a group of friends who set out on a road trip in an attempt to survive a deadly virus that’s sweeping the nation — and discover sinister secrets along the way. So why haven’t you heard of it? Good question. All we know is the studio quietly released it into theaters in September, and now it hits DVD shelves.

Muhammad Ali may was certainly, as they say, “The Greatest.” However, as Pete McCormack’s documentary Facing Ali reminds us, he didn’t earn that title by fighting ham-and-eggers. Featuring interviews with (and fight footage of) such formidable heavyweights as George Foreman, Smokin’ Joe Frazier, Larry Holmes, and Ken Norton, Facing Ali should be manna to pugilism fans, and it offers unique insights into the fighting style of Ali from his rivals and associates. The DVD contains several making-of and supplementary featurettes.

With choices on home video running a bit slim this week, we just had to feature this little sequel-that’s-not-really-a-sequel. With an all new cast and a completely unrelated storyline, The Marine 2 is part of the Marine “franchise” in name only, but when you’ve got Ted DiBiase Jr. (that’s right: current WWE wrestler and the son of the WWF’s Million Dollar Man) in the lead role as ticked off sniper Joe Linwood and Temuera Morrison (otherwise known as Boba Fett from the Star Wars prequels) as the villain who kidnaps Linwood’s wife, there’s just too much pop culture goodness there to pass it up. Snag this one on DVD or Blu-Ray, and you’ll even get some extras like commentaries and deleted scenes, not to mention a no-holds-barred showdown between Jango Fett and the Million Dollar Man himself. Okay, we lied about that last part, but that alone would have made the movie worth the purchase. Here’s hoping The Marine 2 isn’t the cinematic equivalent of The Million Dollar Dream.

Not to be confused for a film adaptation of the popular video game franchise, here’s a little seen Asian-American film that impressed a few people at Sundance with its visually imaginative storytelling style. First-time writer/director Jennifer Phang sets a deep social drama about family and relationships within the context of an end-of-the-world scenario, intermixing elements of animation with live action to move the story along. In addition, one of the film’s main protagonists, little 10-year-old Tim, may or may not have supernatural powers, and all of these ingredients point to a creative examination of family dynamics. Though too few RT critics have chimed in on this film to secure it a Tomatometer, buzz so far has been positive, so this could be a little gem worth checking out.

Last Cup: Road to the World Series of Beer Pong

Really, after reading the title of this movie, what more do you need to know about it? Many of us have played our share of beer pong games, but how many of us have done so on an ultracompetitive scale? Were you even aware that a World Series of Beer Pong existed? Well, now you too can know everything you ever wanted to know about the drinking game, and probably much more beyond that. This documentary chronicles the exploits of four teams vying for the championship in Nevada, where the winning beer pongers get to take home $20,000. And all things considered, that’s not a bad haul for getting blitzed in public. 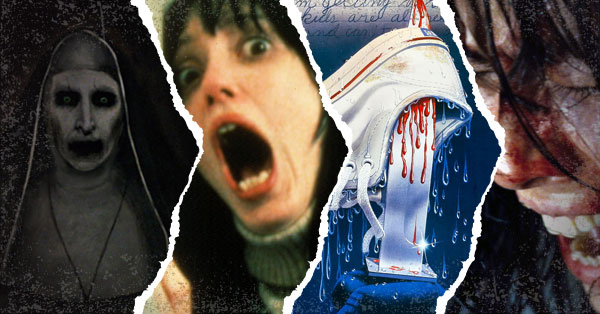 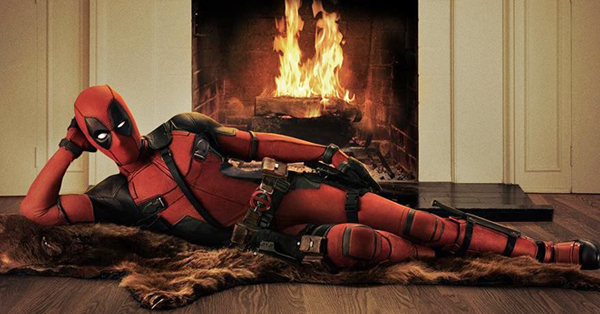