9 Things We Can Expect from Marvel’s The Defenders 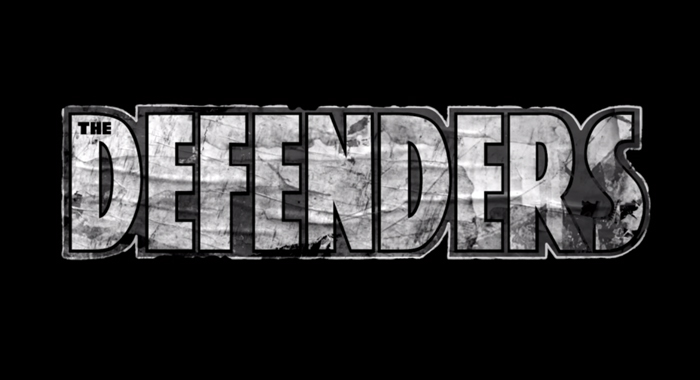 Marvel made movie history when they launched four separate superhero movie franchises and successfully combined them in The Avengers. Now, in collaboration with Netflix, they’ve laid the groundwork to do the same on television. In 2017, the titular heroes of Marvel’s Netflix shows Daredevil, Jessica Jones, Luke Cage, and Iron Fist will unite to form The Defenders. Luke Cage just premiered last week to rave reviews, and Iron Fist will drop on Netflix sometime in early 2017 before The Defenders.

This summer, RT spoke with writer-producers Marco Ramirez and Douglas Petrie at the Television Critics Association; you may already be familiar with their work from the second season of Daredevil on Netflix earlier this year, but they’re also now in charge of The Defenders. Ramirez and Petrie told us nine things we can look forward to in the hotly anticipated mashup series next year.

Season two of Daredevil introduced Frank Castle (Jon Bernthal), aka the Punisher, and Elektra (Elodie Yung). Balancing those two characters with Daredevil was good practice for the writers, who will have to balance four heroes in The Defenders.

“In some ways, I think that, because in Daredevil season two, we were lucky enough to be able to introduce two new characters and watch how they interacted, we went through kind of the creative process,” Ramirez said. “What does it mean now when Frank is in the world? And what does it mean when Frank and Matt are in a scene together? And what does it mean when Elektra and Matt are in scenes together? What do I want to see Matt and Frank do for example? The rooftop episode worked for that. What do we most want to see?”

The Defenders Won’t Get Along At First

You saw what happened when Captain America met Iron Man, and when Thor met the Hulk. Eventually they worked together, but at first their egos conflicted. It was great fun for the audience, but not so much for the people who needed saving. Ramirez said we can expect the same sort of conflict when Jessica Jones meets Matt Murdock, et al.

Petrie added, “They’ll never be fully functional. They’re not the Avengers, although the Avengers certainly fight amongst themselves as well. That’s the fun there, too. So they’ll never really be one big happy, but they will work together and they will kick ass.”

Matt Murdock is a lawyer. Jessica Jones is a private detective. Luke Cage works in a barber shop. The Defenders won’t require anyone to quit their day jobs.

“When you meet each of these characters, basically we’re going to be picking them up not literally where you last saw them but emotionally, they will still be the characters you knew and loved from the shows that they were on,” Ramirez said. “Then we get in some trouble. We tried very much to stay true to who every one of those characters are. Also because I don’t think the audience wants to see great departures from any of the stories they’ve been involved in in who they are.”

One Of These Defenders Is Not Like The Others 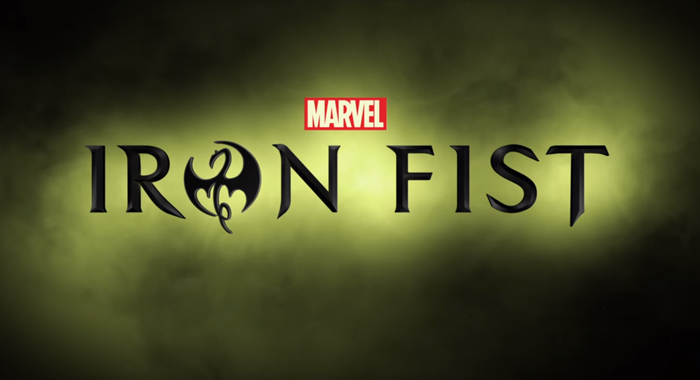 A big difference between the Netflix shows and the Marvel movies is that Netflix features street-level heroes. They have enhanced powers, but no one is flying in mechanical suits or arriving from foreign planets with godlike powers. Well, until we meet Iron Fist, that is.

Drama Is The Set Piece

The Avengers movies can sic aliens on New York or levitate cities into the air, but don’t expect to see that on The Defenders. The set pieces of The Defenders will be when the characters butt heads.

“I think the fun is going to be watching these four great actors have scenes together,” Petrie said. “As much as the action is going to be a big, big selling point, I think what we really want to see is these smart, wounded New York warriors in a room together.”

Ramirez added, “That doesn’t always mean physical altercations or big bads or ticking time bombs or anything like that. Sometimes it’s smaller, and it can be more mature. If a show like Jessica Jones has proven anything, it’s that people really showed up for it. The audiences really loved it and ate it up.”

Ramriez was very clear that he’s not actually comparing his show to the classic HBO drama The Wire. However, in format, there is a similarity between the Baltimore cop drama and the way The Defenders has brought four separate shows together for one series.

“The only thing I can think of are storylines on a show like — and I hope I’m not getting too highfalutin here — but on a show like The Wire, where you watch a character appear in multiple storylines,” Ramirez said. “You’re like, ‘Oh, now you’re here. Oh, this is interesting.’ Yeah, I think saying it’s a TV version of The Avengers is probably a little misleading. It’s a very character-driven story about four people with their own agendas and their own abilities. They all come together and it’s a very New York story.”

The Action Has Four Styles 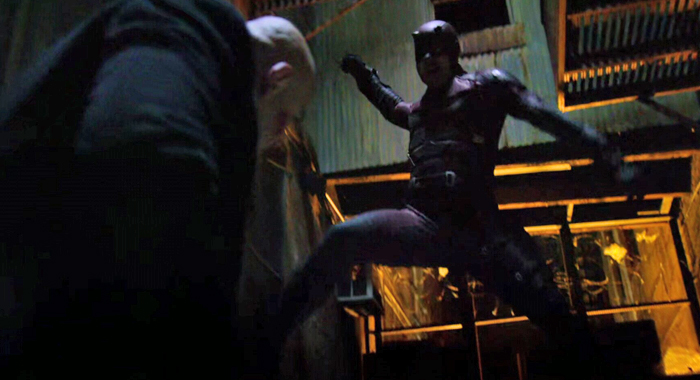 Of course, there will be scenes where the Defenders fight bad guys. The complicated problem Petrie and Ramirez have there is that each of the four characters have their own style. Iron Fist is a martial artist, Daredevil is fighting in a full body suit, and Jessica and Luke are brawlers.

The Villain Has to Be Big Enough For Four

All four separate shows have their own memorable villains. Who could forget David Tennant as Kilgrave on Jessica Jones or Vincent D’Onofrio as Kingpin on Daredevil? So The Defenders not only has to feature a villain just as impressive, but one who justifies the need for four heroes to fight him.

“That’s part of the challenge, right?” Ramirez said. “Each of them has been powerful enough to take down someone incredibly powerful in all their own shows. The question now feels like, if there’s four of them, they need to deal with something that’s going to feel like it actually really is an imposing threat.”

Perhaps it will take more than one villain to unite the Defenders. “I think that no one person would be enough to take on all four Defenders, but we will have some pretty unique tricks up our sleeve,” Petrie said.

Unlike the Avengers, who travel the world on their individual and collective adventures, the Defenders are all characters based in New York. So when they come together, it will be as four New Yorkers.