Quantum Leap has a legacy on NBC. The original show starred Scott Bakula as time-traveler Sam Beckett and Dean Stockwell as his hologram guide Al. This year, NBC brings Quantum Leap back with a new leaper, Dr. Ben Song (Raymond Lee), who has been working on the Quantum Leap project decades after it shut down.

Every week, Ben will leap into a different person in a different time period. The computer Ziggy will tell him what went wrong in history and how he can fix it. Ben’s hologram, Addison (Caitlin Bassett), will relay information from the present and report back to their boss, Herbert “Magic” Williams (Ernie Hudson).

A lot has changed for Quantum Leap but a few things remain the same. Rotten Tomatoes spoke with Lee, Bassett, Hudson, and showrunner Martin Gero to learn these eight things about the new Quantum Leap.

1. QUANTUM LEAP IS READY IF SCOTT BAKULA CHANGES HIS MIND 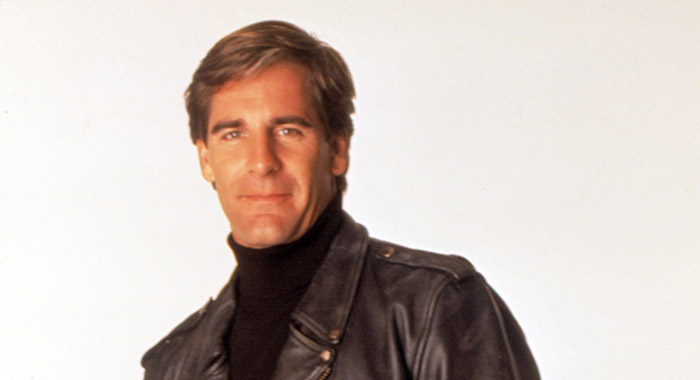 On September 15, which NBC declared Quantum Leap Day, Bakula shared on Instagram his decision not to be part of the new show:

“As the show has always been near and dear to my heart, it was a very difficult decision to pass on the project, a decision that has upset and confused so many fans of the original series,” Bakula wrote. “However, the idea of anyone ‘leaping’ around in time and walking a mile in someone else’s shoes, remains a very appealing concept and so worthy of exploration, especially given the current state of mankind. In that spirit, I am crossing my fingers that this new cast and crew are lucky enough to tap into the magic that propelled the original Quantum Leap into the hearts and minds of generations past and present. I wish them good luck and happy leaping!”

Just hours before that post, Gero was speaking to Rotten Tomatoes. Even though Bakula hadn’t posted his confirmation yet, Gero would have already known Bakula passed and was still holding out hope should Bakula ever change his mind.

“We would obviously love to have Scott on the show,” Gero said. “If it happens, it happens, but it’s structured in a way where if he calls me and he’s like, ‘I’m in,’ we could do it immediately or it could be season 5.”

One thing they won’t do on the new show is have Dr. Ben Song repeat Sam’s catchphrase, “Oh boy.”

“I was very against it because that’s Sam’s catchphrase,” Gero said. “For us, Ben doesn’t really have a catchphrase necessarily when he jumps into people.”

2. BEN’S PARTNER IS MORE THAN JUST A HOLOGRAM 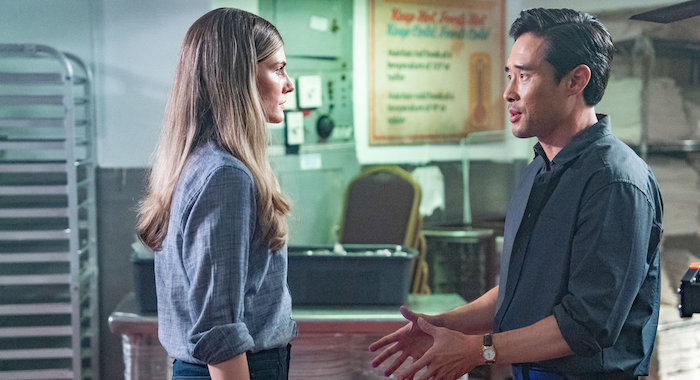 Addison is the hologram who guides Ben on his leaps. Not only is Addison Ben’s partner in the Quantum Leap project, but they were romantically involved in the present.

“I think the entire relationship has a different dynamic, and I think that was wise because there’s just never been a replacement for Al and Dean Stockwell,” Bassett said. “I’m going to smoke less cigars probably, slightly less cigars and talk about my ex-wife a little less. As you will quickly learn, I am still navigating some pretty interesting and tough relationship issues here.”

Just making the hologram a woman distinguishes this Quantum Leap from Sam and Al.

“That’s a bromance and this is perhaps a romance,” Lee said. “I find it to be a lot more complex and the issues we can tackle, the dynamic just becomes much more dynamic.”

3. AL WILL BE REPRESENTED ON QUANTUM LEAP 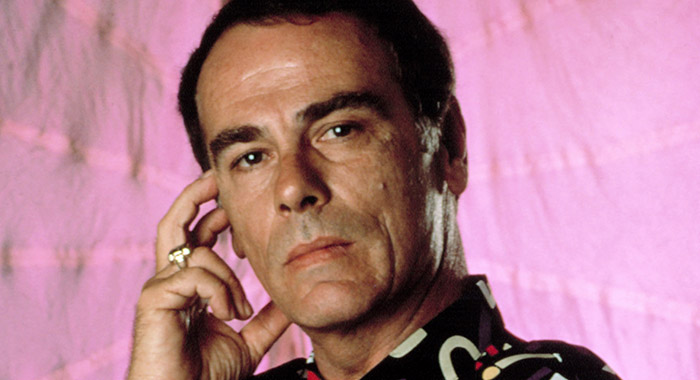 Bakula may have declined the new Quantum Leap but they pay homage to Stockwell, who died in 2021. In the present, Al has also died one year ago, but he has a daughter who will become a major character.

“She’s going to recur pretty heavily,” Gero said. “She’s played by Georgina Reilly. She’s certainly got his stubbornness and gumption. I think you will be pleased with her portrayal. She’s not playing him but she does really feel like his daughter I feel like.”

Gero’s original plan was to have Stockwell appear in the pilot, but the show was not ready before he died. Now the pilot ends with a dedication to Stockwell.

“He’s a big reason why the show is such a massive hit,” Gero said. “It was important to pay tribute to that.”

4. A PREVIOUS QUANTUM LEAP CHARACTER IS IN CHARGE NOW 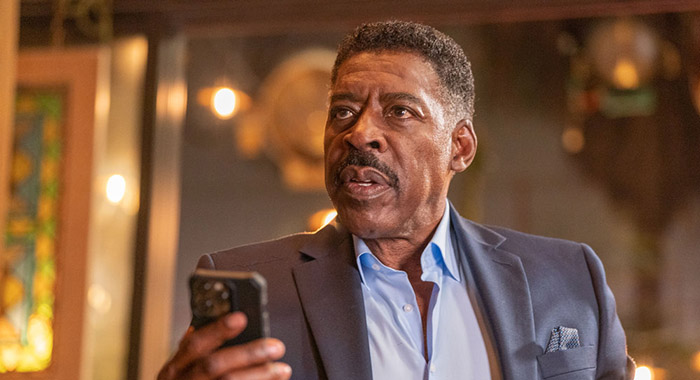 In the original Quantum Leap, once Sam leapt out of a person, you rarely heard about them again. Ernie Hudson plays Herbert “Magic” Williams, who happened to be the name of a person Sam once leapt into. Williams was part of Sam’s brother’s unit in Vietnam. Apparently, he continued his military career.

“He’s an ex-Navy SEAL military guy who found out about this project that has been shut down, works very hard to get it back up and running, sees the potential of it and assembles this amazing team,” Hudson said. “He’s a guy who’s running between trying to make sure all that works out and talking to the Pentagon and just trying to keep things on track.”

5. SOME QUANTUM LEAP TECHNOLOGY HAS IMPROVED 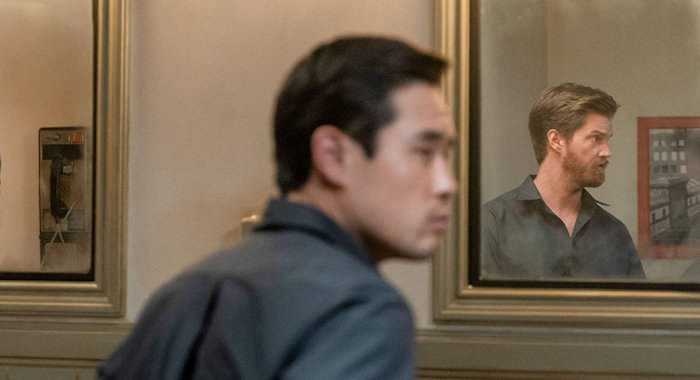 Quantum Leaps still work the same way for Ben as they did for Sam. When Ben takes over bodies in the past, he sees their reflection in the mirror, and everyone else still sees the original person. Filming those scenes has changed though.

“We have so much technology that we can now lean on with cool camera tricks and VFX,” Lee said. “Before, it was the classic reveal of you move the mirror this way and someone’s right here. We can get really clever with that right now.”

Some of the details of Quantum Leap have changed, though. The original person no longer appears in the future.

“There’s no holding area for the person in this version,” Gero said. “Ziggy works a little differently now.”

Also, the visual effect of the leap has been updated. It’s no longer the flash of blue light.

“Again, it’s 20 something years later,” Gero said. “It wouldn’t just be the exact same accelerator. The technology works a little differently now so for us, it was just important to make it feel a little more modern.”

6. THIS QUANTUM LEAP SPENDS MORE TIME IN THE PRESENT 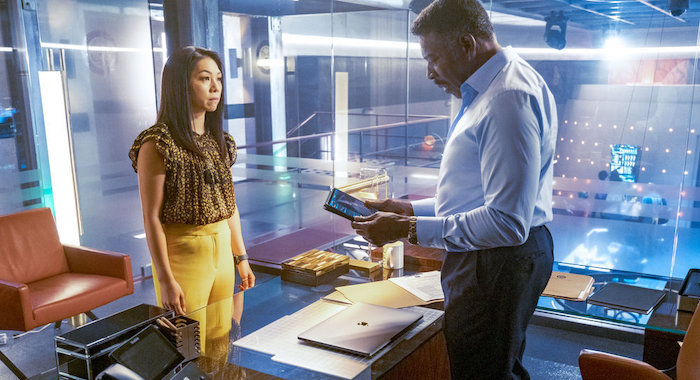 The original Quantum Leap had one special episode where someone from the past escapes and Al has to chase them in the future. Now, every episode of Quantum Leap spends time in the future with Williams’ team, including Addison, Jenn (Nanrisa Lee), and Ian (Mason Alexander Park).

“We get to understand that world,” Hudson said. “You really see the contrast of what was happening 20 years ago to what’s happening now. I think you get to see that in the show. So we’ll be definitely spending some time [in the present], definitely a lot more than the original show did.” 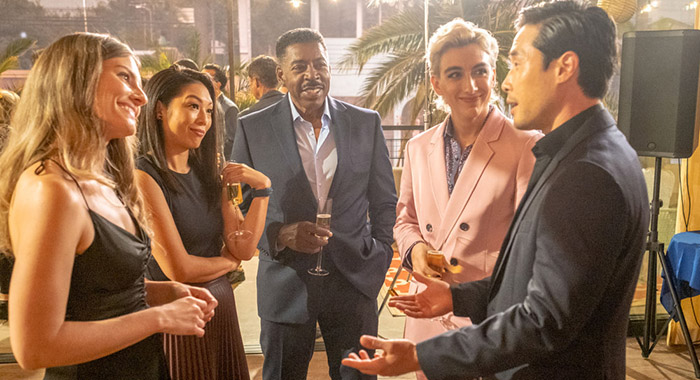 Sam wasn’t limited to leaping into other white men. He became Black men fighting for civil rights, and women fighting against sexism. Gero said Ben leaps into a woman in episode 4, and the new show will reflect updated views on identity.

“We want to make sure that we’re telling authentic stories authentically,” Gero said. “There are wrong ways and right ways to do those stories. I think the old show was incredibly sensitive about its storytelling. Obviously, culture has changed since then and this show reflects what is the current culture as far as the sensitivity about those leaps.”

8. BEN WILL GO FURTHER BACK THAN SAM 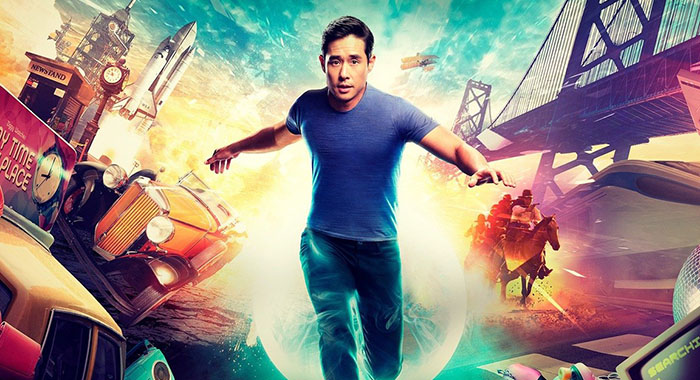 Sam was limited to time travel within his own lifetime. So as a 35-year-old when the show began, that set the episodes anywhere between the ’50s and ’80s. Ben starts out in 2022, but Gero decided he can go as far back as they want him to, including a Western episode.

“One of the fun things we’re going to do with this show is he will also leap beyond his lifetime,” Gero said. “We’re not going to just stick in the ’80s and ’90s and the ’00s. He’s going to go back pretty far, way further than his life.”

The series premiere takes Ben back to 1985. Lee does remember the ’90s and ’00s, so when he had to recreate them, he said the wardrobe has not improved.

“I get to put on clothes and I’m like, Oh yeah, that’s very ’90s and I haven’t worn that in a very long time unironically,” Lee said. “You put on something different and then you start behaving different. All of a sudden you find yourself playing the character that you’re playing.”