All good things must come to an end, and with the season 6B premiere of Vikings hitting our television screens on December 30, the end of History’s beloved series is near.

The first 10 episodes of the season served as the perfect setup to its final, killing off a few major characters — we still haven’t quite recovered from Lagertha’s (Katheryn Winnick) unceremonious stabbing — and setting in motion an epic conclusion for Ragnar’s sons, now seven years in the making.

But before Vikings sets sail to Valhalla for good, we’ve got several lingering questions we’d like to see answered, especially considering the midseason finale that left our central hero’s fate in the balance.

Is Bjorn Dead or Alive After Getting Stabbed by Ivar? 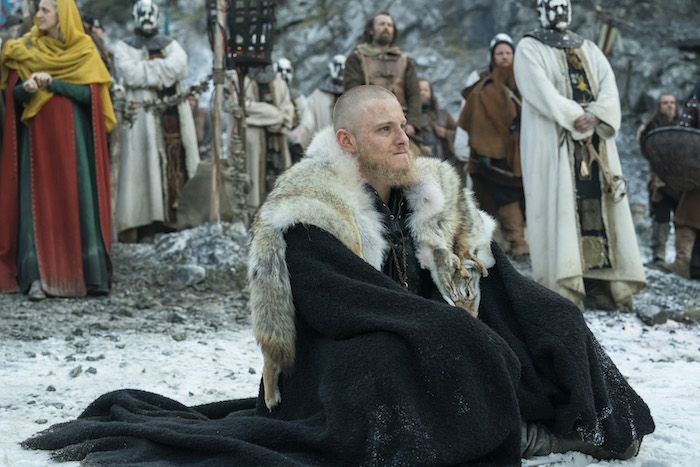 No surprise here: The biggest burning question going into this final stretch of episodes is whether or not Bjorn (Alexander Ludwig) actually died by Ivar’s sword, as shown in a surreal and disorienting battle at the tail end of 6A. Is he gravely wounded? Was it all a dream? Or is this actually the last that we’ll see of Ludwig’s formidable warrior?

Speaking with Rotten Tomatoes, creator Michael Hirst remained characteristically tight-lipped about what’s to come, but he did tease that dead or alive, Bjorn will continue to be a presence this season. Just as Ragnar (Travis Fimmel) continues to be a name on everyone’s lips, his first son also casts a long shadow in life and in death.

“These are presences in the show right to the end, powerful presences, part of the pantheon and sort of mythic figures in the Vikings world,” Hirst said. “So they’re still alive in many different ways.”

And for what it’s worth, Ludwig, without giving away his character’s fate, told us that there’s no other way he’d rather the show end  — what Hirst has crafted is exactly what it should be.

“I’m really objective, and I hate watching myself because I’m always really hard on myself, but I will say that I do love this show as a fan, I really do, and as somebody who’s incredibly critical of everything I do, I believe that this show is ending exactly how it should,” Ludwig said. “The fans are going to be really happy with the ending.”

Scanning the latest trailers for the final season, Ludwig’s Bjorn is shown to be bedridden and surrounded by loved ones and viking leaders, which likely dispels any online theories that the battle sequence that ended in Ivar stabbing his brother was all a surreal dream. So perhaps he’s wounded and will live to fight another day? There are also glimpses of Bjorn riding horseback, and the season’s promotional poster itself features a grizzled, sword-wielding Bjorn, all indicating that we haven’t seen the last of him in battle yet. (Thank the gods!) Anything less would leave us feeling a bit cheated, considering the pedigree of loss and hardship Bjorn has weathered along the way, most recently the death of Lagertha, his unborn child, and Hali, his son by Torvi, and the loss of the elected crown.

What Is Ivar’s Endgame With Oleg, Igor, and Hvitserk? 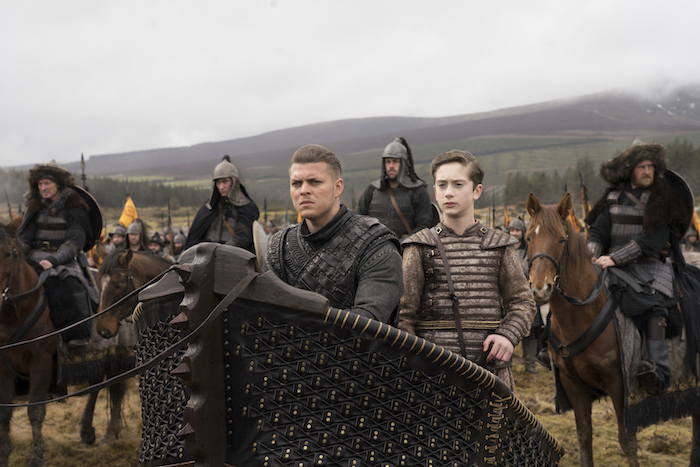 We all know at this point just how masterful a strategist Ivar (Alex Høgh Andersen) truly is. And now that it appears the Rus army wrapped season 6A with a clear upper hand over Bjorn and King Harald (Peter Franzén), one must wonder what will come of his alliance with the young King Igor (Oran Glynn O’Donovan), the rightful heir to Kievian Rus, and his manipulative, calculating uncle, Prince Oleg (Danila Kozlovsky). Of course, Ivar has had his eyes on the throne for years and is currently promised to inherit the crown as Norway’s King. But what if Oleg betrays that promise? Audiences have been privy to the mounting gameplay Ivar’s been aligning against Oleg should a coup be deemed necessary, so we’re eager to see how their relationship develops in these last 10 episodes. Where Oleg’s wife, Katia (Alicia Agneson) — whom Ivar believes is his dead wife resurrected — fits into that scheme also remains to be seen. But for now, as indicated in the finale earlier this year, the mood is joyous, celebratory, and drunk.

As for Hvitserk (Marco Ilsø), he and Ivar have always had a, let’s say, contentious relationship. The fact that they’re back in arms together after Hvitserk accidentally killed Lagertha, was spared execution, and under Bjorn’s orders was banished from Kattegat — and, let’s not forget, after Ivar killed Thora (Eve Connolly) at the end of season 5 — definitely reeks of trouble. Too much baggage, resentments, and habits of fratricide sit between them and a happy, brotherly ending. How it all plays out, though — will Hvitserk make good on his supposed fate to kill Ivar? — is at this point anyone’s guess.

King Harald Is Assumed Dead on the Battlefield — What Will Become of Norway? 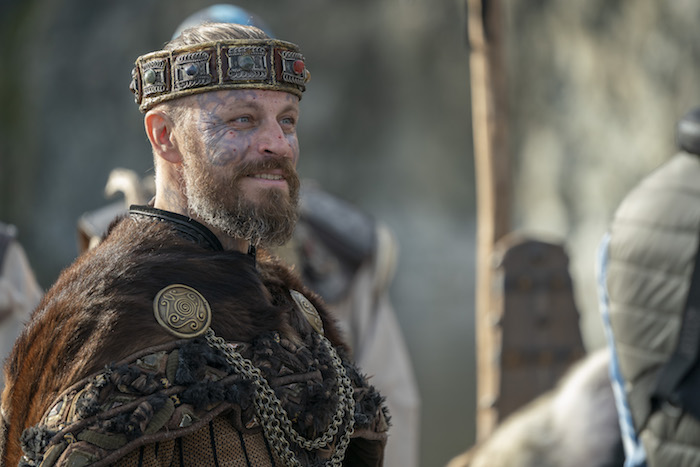 If there was ever a moment to prove that he deserved to be crowned King of Norway, the battle with the Rus at the end of 6A was it. Unfortunately, King Harald wasn’t quite up to snuff. (Are we all that surprised?) When news arrives of the approaching Rus army, Harald is unable to bring Norway’s kingdoms together for battle and is ultimately left shorthanded and unprepared. Throw into the mix the fact that he raped Bjorn’s wife, Ingrid, before that battle, we can’t say we were all that sad to see him bleeding out on the field. But never speak too soon: We never got any confirmation that he died after Erik the Red (Eric Johnson) left him for such and took his crown, so his future on the series is still unclear. And speaking of Erik, we can’t help but wonder what he’s going to do with the crown, leaving Harald for dead and with the knowledge that Bjorn is gravely injured, it appears as if Norway may need to find a new head to rest its power upon.

Will Torvi and Ubbe Finally Make it to the Golden Land? 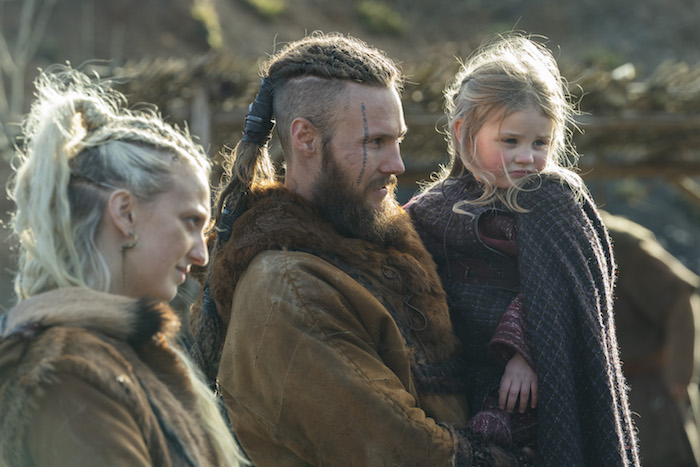 We also expect these final episodes to conclude the years-long setup of how the vikings will make their way from Iceland to the so-called Golden Land — widely anticipated to be North America. On that quest by way of Iceland is Torvi (Georgia Hirst) and Ubbe (Jordan Patrick Smith), and at the end of season 6A, they had invited the help of Othere (Ray Stevenson), a mysterious wanderer who’s claimed to have charted the western seas and in his travels came up this “golden land.” Soon after his appearance in Iceland, it’s learned that he is actually a converted Anglo-Saxon monk named Athelstan, and he is hoarding a violent past. After killing a viking and taking his name, he left the missionary life behind and is now infiltrating the voyage efforts of Torvi and Ubbe. As it stands, his intention is unclear, and given his history, we’re not immediately on board to trust him. But if he can lead our heroes to the Golden Land, then perhaps it’s worth it to keep him around. Plus, if anyone has the answers behind Floki’s true fate, it may well be Othere.

Another note of interest: Let’s loop back to Erik the Red. In real-world vikings history, Leif Erikson was the first viking to set foot on North America and went on to settle Newfoundland. Erik the Red, as it so happens, is Leif Erikson’s father. So were Hirst to stick closely to the factual history of the matter (which, of course, is not always the case in Vikings), we may also see Erik somehow involving himself in the Iceland camp’s voyage west.

What Characters From Vikings’ Past Will Return Before the Finale? 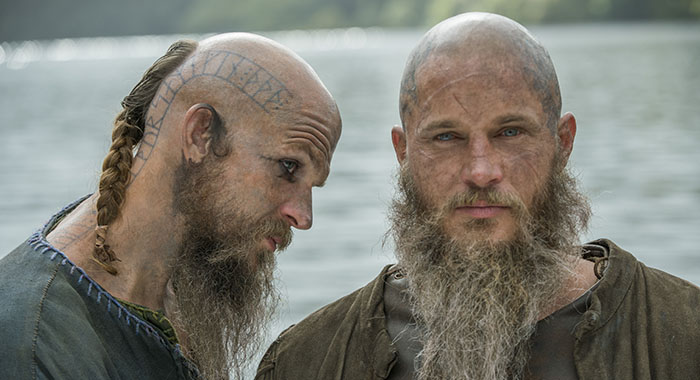 Speaking of Floki (Gustaf Skarsgård), wouldn’t it be nice to get some definitive closure on our favorite ship builder before Vikings comes to an end? It also gets us thinking about who else may show up between now and the series finale. The first half of season 6 has largely zeroed in on Iceland, Scandinavia, and Rus; is a trip back to Wessex and our friend King Alfred (Ferdia Walsh-Peelo) in store? Rollo (Clive Standen) is already known for making an unannounced grand return to the series; should we be holding our breath for him? And as Hirst says himself, these characters never really die. Could Ragnar and Lagertha appear in flashbacks or dreams? Is there room for a full-on cast reunion onscreen? We hope so!

Whoever comes back for this last round of action, Ludwig assures us that it’s happening: “Some of the fan-favorites may or may not make a return, and I’m really, really looking forward to the response,” he said. “I don’t think there’s a better way that it could’ve ended.”

And about that ending, Hirst said that we should prepare to say goodbye to more major players than just Lagertha: “I had to kill off some of the characters I’ve loved the most, and that was never easy,” he said.

But he promises that every shocking twist in the remainder of this journey is worth it and all feed the larger story he’s long had in the pipeline.

“What I can say is that these episodes are literally full of surprises and unexpected visitations or appearances, and the thing to expect is the unexpected,” he said. “I’m not going to go into detail, but the show is rounded off in many respects, and I hope in a very satisfactory way. That was what I needed to do.” 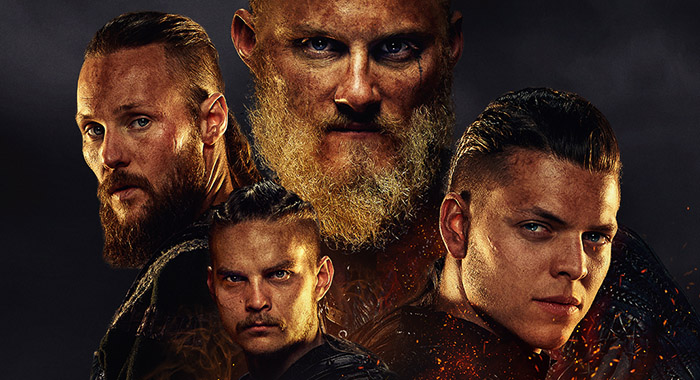 In the end, what if you’re not happy with the result? Well, Hirst rests easy with the knowledge that he is the only one to blame.

“You know there are certain shows, and you probably could name them — very good shows that had very poor endings,” he teased. “And I suspect that that was because there were a number of people involved in the decision about how they should end and how they should be written, and people would disagree. But in this case, it was just me, and the only person I could argue with was myself. So I felt that if I was able to conclude these different storylines — there are three different storylines in these 10 episodes — if I could conclude them satisfactorily and with justice, then I was fairly sure that the audience would find the ending satisfying, too, because these are characters I love, these are characters I lived with for seven years. So I didn’t want to cheat anybody, and I worked very hard not to do that.”