The Sundance Film Festival is a place for aspiring filmmakers to learn their craft, fresh-faced directors to make their feature debuts, and returning storytellers to share their latest creations. Some are longtime alums like Heidi Ewing, who’s back with her fourth and fifth projects to play in Park City, I Carry You With Me and Love Fraud. Others, like Bao Nguyen, have premiered previous movies at other festivals, but his latest work, the Bruce Lee documentary Be Water, is the first time they’ve brought a film to Sundance. Whether it’s their second feature or fifth entry to the festival, here’s a sampling of some of the returning filmmakers whose latest movies we can’t wait to catch. 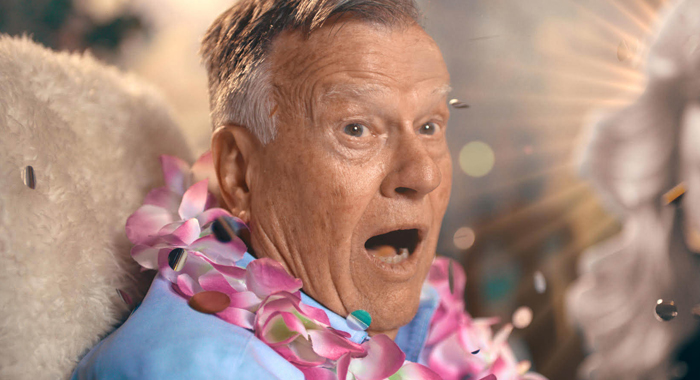 Synopsis: With this inventive portrait, a cameraperson seeks a way to keep her 86-year-old father alive forever. Utilizing moviemaking magic and her family’s dark humor, she celebrates Dr. Dick Johnson’s last years by staging fantasies of death and beyond. Together, they confront the great inevitability awaiting us all.

Why We’re Excited: Kirsten Johnson has worked behind the camera on many famous documentaries like Citizenfour, The Invisible War, The Oath, and Pray the Devil Back to Hell. In her feature film debut, Cameraperson, she turned the lens on her life, sharing personal moments that were just outside the frame and rare outtakes from some of the many projects she’s worked on over her career. Now the inventive documentarian focuses on her father and the subject of death and memory. You’ll probably want to bring tissues with you to this screening. 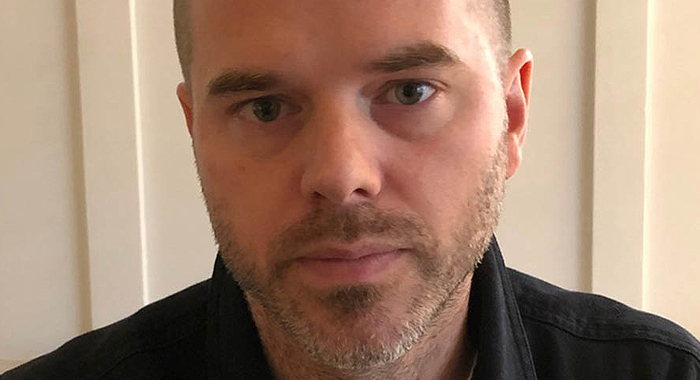 Synopsis: Charismatic entrepreneur Rory relocates his family to England with dreams of profiting from booming 1980s London. But as his wife, Allison, struggles to adapt and the promise of a lucrative new beginning starts to unravel, the couple have to face the unwelcome truths lying beneath the surface of their marriage.

Why We’re Excited: It’s been around nine years since Durkin broke out of the indie film scene with the drama Martha Marcy May Marlene – a film that also helped launch Elizabeth Olsen to Avengers-level fame. Durkin went on to win the U.S. Dramatic Directing Award at Sundance that year, and the film made it to Cannes that summer. After an award-winning turn in TV for Southcliffe, Durkin returns to Sundance with his long-awaited follow-up. 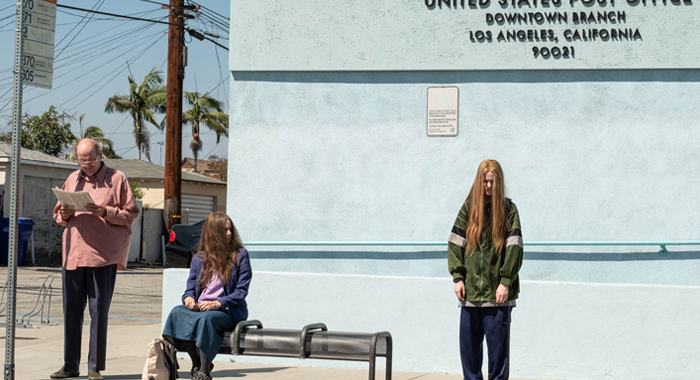 Synopsis: Low-stakes grifter Old Dolio and her parents invite a chipper young woman into their insular clan, only to have their entire world turned upside down.

Why We’re Excited: A true polymath, Miranda July’s work extends beyond the film world. She’s written books and short stories and made art for the Venice Biennial. Her earlier movies like Me and You and Everyone We Know (which won a Special Jury Prize for Originality of Vision in the Sundance U.S. Dramatic category) and The Future have shown audiences her outside-the-box visual style and approach to narrative structure. With a quirky tale of self-discovery and a cast led by Evan Rachel Wood and Gina Rodriguez, Kajillionaire will be like few other films at Sundance. 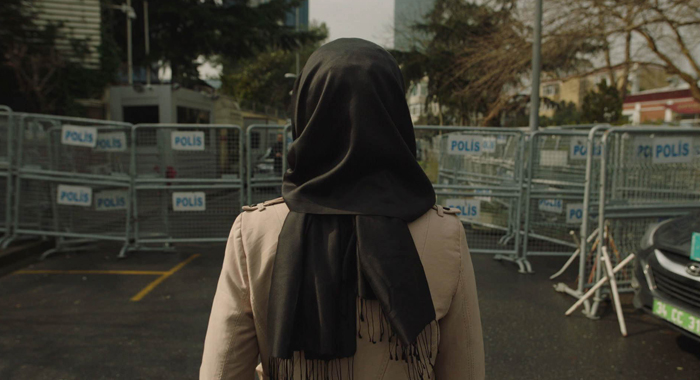 Synopsis: When Washington Post journalist Jamal Khashoggi disappears after entering Saudi Arabia’s consulate in Istanbul, his fiancée and dissidents around the world are left to piece together the clues to a brutal murder and expose a global cover-up perpetrated by the very country he loved.

Why We’re Excited: Bryan Fogel’s previous documentary film, Icarus, took a deep dive into the Russian doping scandal that rocked the Olympics. It went on to win the Special Jury Prize at Sundance and, ultimately, the 2017 Oscar for Best Documentary Feature. Now, his latest documentary will take on the painful story of what happened to Jamal Khashoggi through access to Turkish government’s files; Khashoggi’s fiancée, Hatice Cengiz; and Khashoggi’s close friend, Omar Abdulaziz. 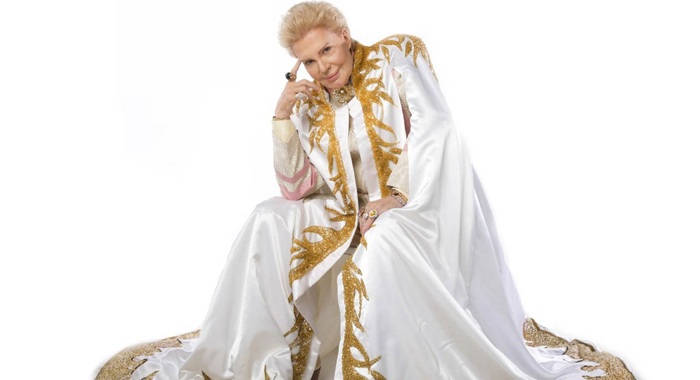 Synopsis: Once the world’s most famous astrologer, Walter Mercado seeks to resurrect a forgotten legacy. Raised in the sugarcane fields of Puerto Rico, Walter grew up to become a gender nonconforming, cape-wearing psychic whose televised horoscopes reached 120 million viewers a day for decades before he mysteriously disappeared.

Why We’re Excited: If you grew up watching Walter Mercado on TV, you’re probably already curious about this documentary – and there are many archival treats in store for fans. Even if you have no idea who the popular astrologist was, Costantini and Tabsch’s documentary also explains Mercado’s widespread influence and enduring appeal in the Latinx community. Costantini’s previous documentary, Science Fair, was an audience favorite back at Sundance ‘18 and Tabsch dug into another chapter in Miami history with The Last Resort. 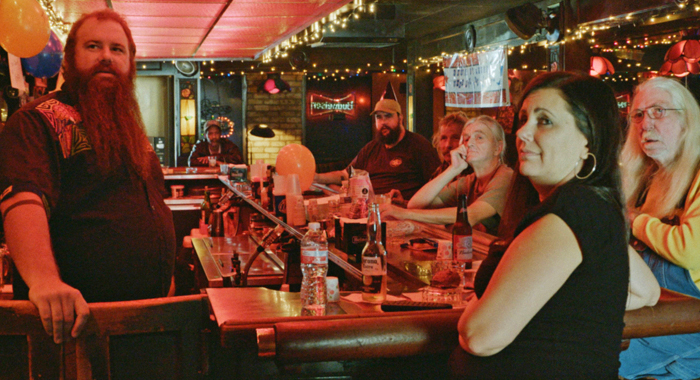 Synopsis: In the shadows of the bright lights of Las Vegas, it’s last call for a beloved dive bar known as the Roaring 20s. A document of real people in an unreal situation facing an uncertain future: America at the end of 2016.

Why We’re Excited: Like a documentary version of the Safdie brothers, the Ross brothers make an impressive filmmaking team with an immersive, free-wheeling visual style. In their highly observational works, the Ross brothers capture different slices of the U.S. not often seen on the big screen in movies like Tchoupitoulas, Western, and Contemporary Color. Bloody Nose, Empty Pockets sounds like it’ll fit right in with their previous studies. 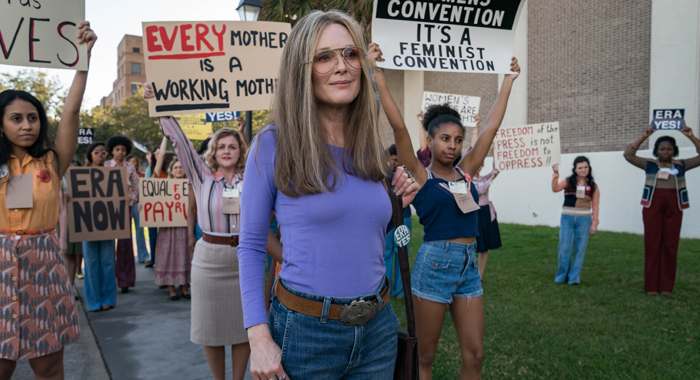 Synopsis: An equal-rights crusader, journalist, and activist — Gloria Steinem embodies these and more. From her role in the revolutionary women’s rights movement to her travels throughout the U.S. and around the world, Steinem has made an everlasting mark on modern history. A nontraditional chronicle of a trailblazing life.

Why We’re Excited: As the director behind Oedipus Rex, Frida, and Across the Universe, Julie Taymor’s adaptation of Gloria Steinem’s life story won’t be your typical biopic. Spanning across five different stages of Steinem’s life – and five different actresses in the lead role – Taymor follows the route carved by the trailblazing activist detailed in her memoir My Life on the Road and makes it her own journey with the help of a star-studded cast. 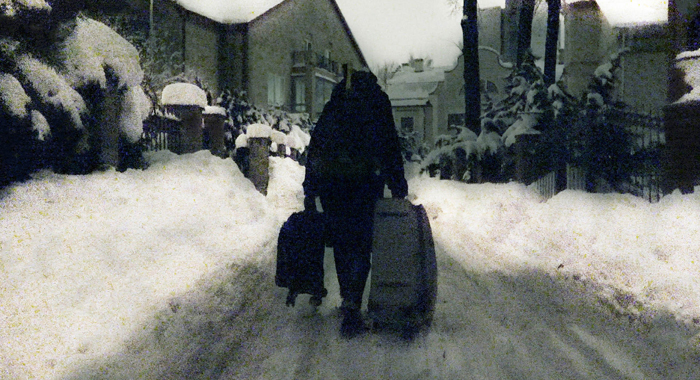 Synopsis: This searing investigative work shadows a group of activists risking unimaginable peril to confront the ongoing anti-LGBTQ+ pogrom raging in the repressive and closed Russian republic. Unfettered access and a remarkable approach to protecting anonymity exposes this underreported atrocity — and an extraordinary group of people confronting evil.

Why We’re Excited: David France’s previous documentaries – The Death and Life of Marsha P. Johnson and How to Survive a Plague – are archive footage- and interview-heavy works that try to place the viewers in the not-so-distant history of the LGBTQ rights movement. Now, his camera focuses on the current struggle of queer activists fighting for their rights in the face of homophobia.

Synopsis: When Mari Gilbert’s daughter disappears, police inaction drives her own investigation into the gated Long Island community where Shannan was last seen. Committed to finding the truth, Mari brings attention to over a dozen murdered sex workers she will not let the world forget. Inspired by true events.

Why We’re Excited: In the documentary world, Liz Garbus is a star with two Oscar nominations, three Emmys, and two Peabody Awards, just to name a few of her accolades. Her previous works include The Farm: Angola, USA; Bobby Fischer Against the World, and What Happened, Miss Simone?, which played at Sundance back in 2015. Jumping over to the narrative side of filmmaking, Garbus uses the roots of a true story to launch into the story of Lost Girls. 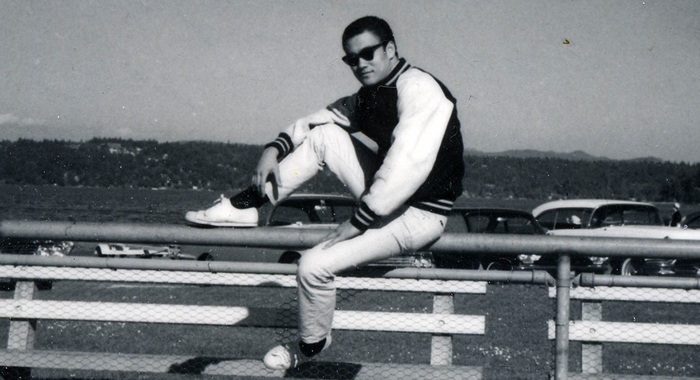 Synopsis: In 1971, after being rejected by Hollywood, Bruce Lee returned to his parents’ homeland of Hong Kong to complete four iconic films. Charting his struggles between two worlds, this portrait explores questions of identity and representation through the use of rare archival interviews with loved ones and Bruce’s own writings.

Why We’re Excited: Do you need more reasons to watch this than all the rare, never-before-seen archival goodies and candid interviews from Bruce Lee’s loved ones? Nguyen’s directorial debut – Live from New York!, which looked at the storied history of Saturday Night Live – opened the Tribeca Film Festival a few years back. Be Water is the director’s second feature. 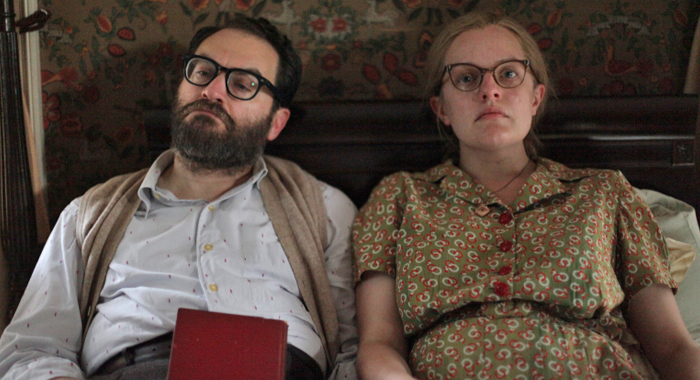 Synopsis: A young couple moves in with famed author Shirley Jackson and her Bennington College professor husband, Stanley Hyman, in the hope of starting a new life, but instead find themselves fodder for a psychodrama that inspires Shirley’s next novel.

Why We’re Excited: In 2018, Josephine Decker’s Madeline’s Madeline made quite the splash. The surprising film followed a teenager through her sometimes confrontational experimental theater classes and a tense relationship with her mother while blurring the lines between fantasy and reality. The film would earn two Spirit Awards and a nomination for best picture at the Gotham Awards. Shirley is Decker’s triumphant return to Sundance. 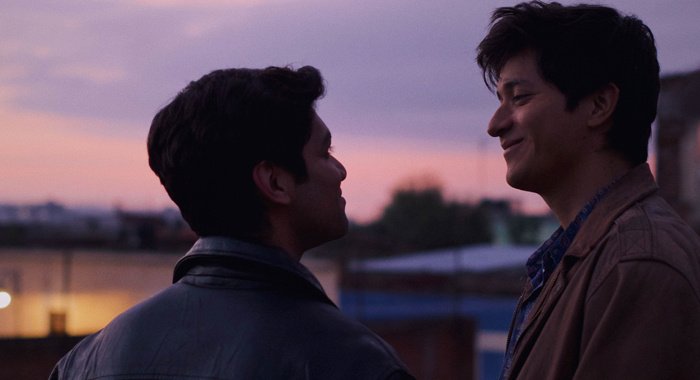 Synopsis: Based on a true story, a chance encounter between two men in provincial Mexico sparks an epic love story spanning decades. Ambition and societal pressure propel an aspiring chef to leave his soul mate and make the treacherous journey to New York, where life will never be the same.

Why We’re Excited: Another documentary filmmaker taking the plunge into narrative filmmaking, Ewing is a longtime Sundance alum (Class of ‘10, ‘12, and ‘16) and earned an Oscar nomination for her eye-opening look at modern evangelical Christianity, Jesus Camp. I Carry You With Me is unlike anything else the documentarian has done before, and if you’d like to see more of her work at this year’s Sundance, you can catch her co-directed docuseries with Rachel Grady, Love Fraud.