10 Things to Expect From Heroes Reborn

Here's Everything You Need to Know Before the Premiere

We’ve (mostly) rejoiced when our favorite shows returned with new seasons years after going off the air. Arrested Development and 24 recently came back for new seasons, and who can’t wait for Fuller House and The X-Files to do the same? The thing is, those are all shows we liked. Heroes is a slightly different case.

When Heroes premiered in 2005, it was a smash. Everyone was obsessed, repeating the mantra “save the cheerleader, save the world.” It seemed Heroes could do no wrong, but then it… did wrong. Seasons two through four got progressively less popular until NBC cancelled it without a series finale. So Heroes Reborn is back and hoping to do it right. Creator Tim Kring met with the Television Critics Association this summer to answer questions about Reborn and we got some one-on-one interviews with the cast, plus some other surprises from Comic-Con. Heroes Reborn premieres September 24 and here are 10 things we learned about the new show.

HIRO IS ONLY IN THREE EPISODES 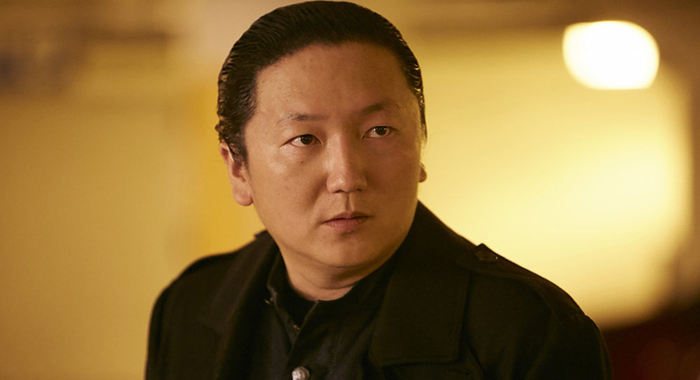 Heroes made Masi Oka a star as the standout character Hiro Nakamura. With the power of teleportation, Hiro traveled from Japan to join the other heroes, speaking Japanese with English subtitles. Hiro is back on Heroes Reborn, but now he’s still on Hawaii Five-O so he can’t be in every episode.

“I’m only in for three episodes,” Oka said at Comic-Con. “I’m contractually on a different show so I’m not allowed to be doing this, but thanks to the generosity of CBS and NBC, I was allowed to do three episodes.” 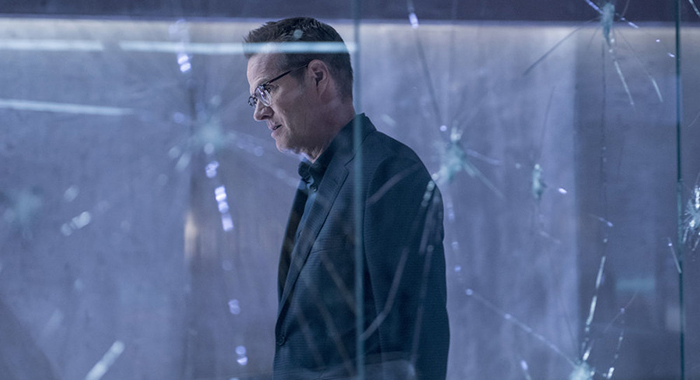 Jack Coleman’s character was only known as “HRG” for the horn-rimmed glasses he wore. So it was a huge reveal in the season one finale when he said, “Call me Noah.” Even after that, the scripts and his credit still read “HRG,” but Heroes Reborn is a new era, and now everyone will be calling him Noah.

“I think in the first series, I didn’t have a first name until episode 21 or 22,” Coleman said in an interview with Rotten Tomatoes. “But this is five years down the road and who I am is no longer the mystery. The mystery is much bigger and deeper than my name.”

What hasn’t changed are the glasses. “They are actually the exact same glasses,” Coleman said. “They haven’t changed at all. The only difference is that they’re now making them an actual prescription for me, so they’re the real deal. I’m reliant on those glasses.”

CHUCK IS THE BAD GUY 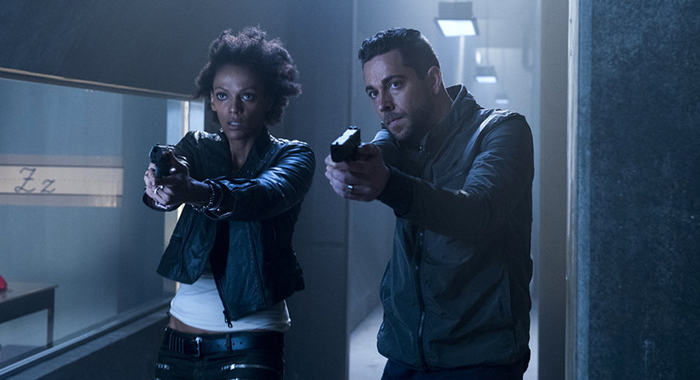 Zachary Levi was certainly lovable as the title character on Chuck, in which he played a nerd who became a real spy, so imagine our shock when we saw Levi gun down a secret support group of people with special abilities. Levi plays a villain in a husband-and-wife team who go around murdering people. Not so lovable now, is he?

“He’s sad,” Levi told Rotten Tomatoes. “He’s very sad. Luke is a really twisted and tortured and dark, interesting, complex character who’s enacting revenge for the loss of his son. He and his wife, Judi Shekoni who plays Joanne, go off the rails and lose themselves. But they do ultimately believe that the right thing to do is to kill people with abilities because they can’t be trusted. It’s also personal vengeance for us so it’s a big departure from Chuck. I’m happy about that. I’m happy to play something different. Not that I didn’t love playing Chuck… but you’ve got to challenge yourself. You’ve got to challenge your audience’s expectations.” 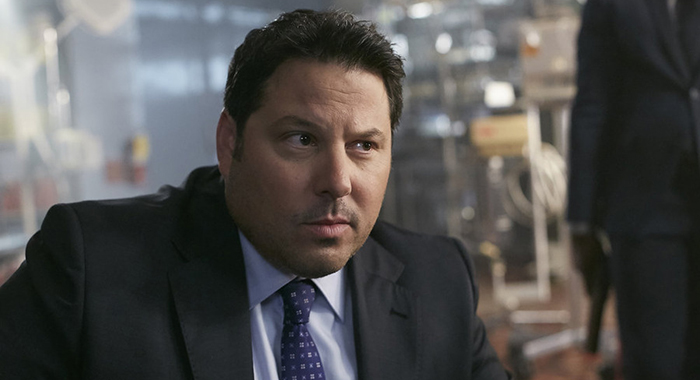 Speaking of lovable, Greg Grunberg always seems to end up playing the best friend, and it’s easy to see why. On Heroes, he played Matt Parkman, an everyman cop with the power to read thoughts. When Heroes Reborn brought him back though, it was with a dark side.

“I wanted to go dark,” Grunberg said at Comic-Con. “I wanted to go dark in a way that you go, ‘This is a character I really love so much. Why would he be doing what he’s doing?’ Hopefully, the justification of that will be really interesting, so that’s how I’m hoping it plays out. I don’t know if I’m really going dark yet, but it seems I’m being tempted by that which is good.”

Parkman is a loner now too. He had a wife and child before, but they are not back. So that might have something to do with it. “My child had a power, so it’d be really cool to explore that, but I don’t know,” Grunberg said. “There’s just so much bandwidth on the show. There’s so many characters. We’ve got to kill some of these people. We’ve got to get rid of them. Geez, come on.” 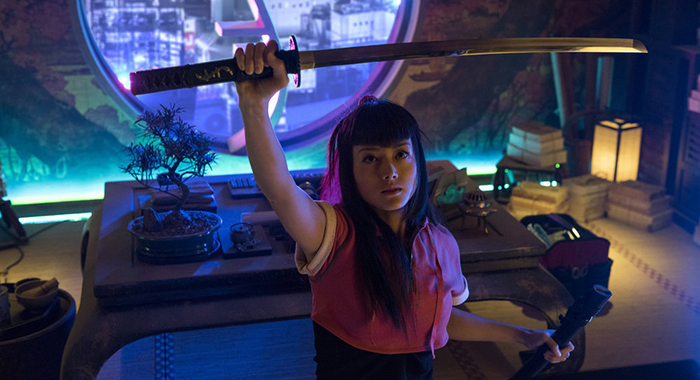 So if Masi Oka can only do three episodes, someone else has got to represent Japan. Meet Kiki Sukezane. She plays Miko, a character in Tokyo, who also speaks Japanese with English subtitles on Heroes Reborn.

“It’s very important for me and for Japanese people because I think in America, people don’t really know what it sounds like,” Sukezane told Rotten Tomatoes in a one-on-one interview. “But Heroes Reborn has a lot of Japanese culture in it so I think people will like it.”

Will she meet up with Hiro in one of his three episodes? She couldn’t give that away, but it seems they’re being pulled together. “My character and Masi have a connection,” Sukezane teased.

HAYDEN PANETTIERE, MILO VENTIMIGLIA, AND ZACHARY QUINTO WILL NOT BE BACK 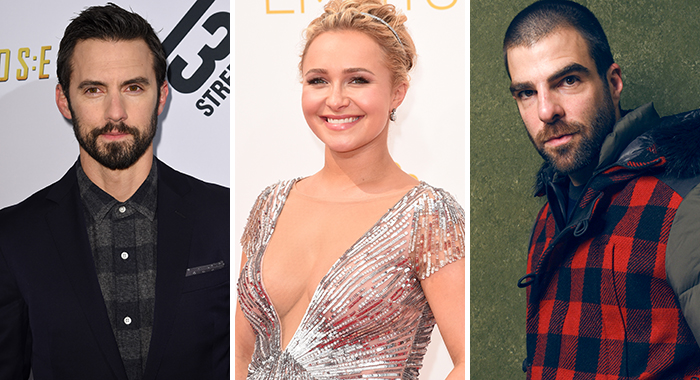 Some of the major characters of the original heroes were those played by Hayden Panettiere (Claire Bennet), Milo Ventimiglia (Peter Petrelli), and Zachary Quinto (Sylar). Now these three are plenty busy now with new shows and blockbuster movies of their own, so it’s not like they were kicked out of Heroes, Kring says.

“Some of the actors did not have availability because they were involved with other things,” Kring said at the Heroes Reborn TCA panel in August. “That was just completely out of our control. But the truth about how and when we approached different actors was really about what the story dictated. If the story dictated that we wanted to see a certain character, we reached out to them. Some of those didn’t happen until one of the writers would say, ‘Wouldn’t it be great if, when we opened up the door, it was actually Matt Parkman standing there?’”

THEY DIDN’T SAVE THE CHEERLEADER, AND THE WORLD GOES ON 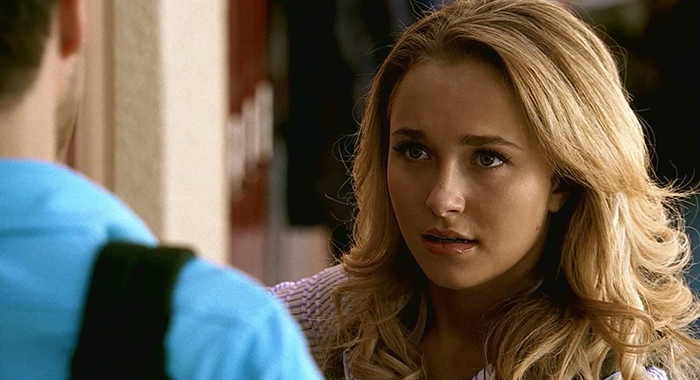 As previously reported, with Panettiere unavailable, the story actually killed her off. Her character, Claire, died in an explosion a year before Heroes Reborn starts (TCA reporters actually got to see a clip of Noah looking for her in the rubble). Considering her power was the ability to heal from any injury — even fatal ones — unless her brain is destroyed, something sounds fishy. But this gives new viewers a chance to catch up.

“In the real world of the story, she died a year prior to our story starting,” Kring said at TCA. “That sort of gets into some of the mythology that’s attached to the original show. Jack Coleman’s character gets to uncover some of that mythology for us. Any new viewer who watches the show will not feel they had to have watched four seasons of the show. It will come out naturally.” 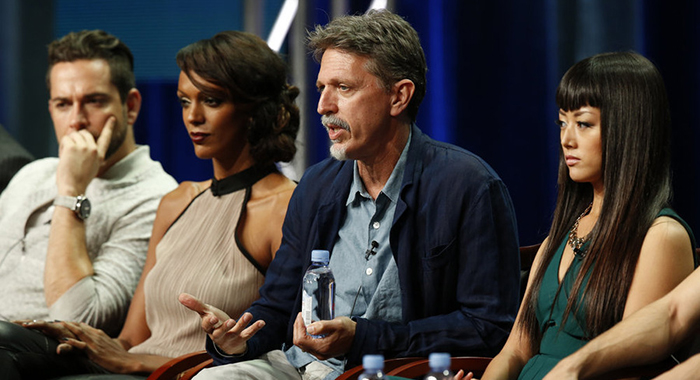 If the old Heroes sometimes felt like it was treading water, Kring agrees with you. He just had too much time to fill. Heroes Reborn is only 13 episodes so Kring promises they’ll all be great.

“I think the biggest pitfall for us always was the amount of story that we had to tell in a year,” Kring said at TCA. “What you’re going to get with Heroes Reborn is this beginning and a middle and an end, which will allow us to do a very aggressive kind of storytelling. When you have an endless sort of road ahead of you, whether you’re conscious of it and no matter how hard you try, you do hold back things, and you do do what we sort of call the ‘art of the stall.’ But with 13 episodes it means that we can tell this very aggressive form of storytelling… putting 50 pounds of story into a 10-pound bag. It’s what gives the show and the audience this kind of exhilarating feeling at the end of every episode where they can’t believe they’ve seen that much story happen.” 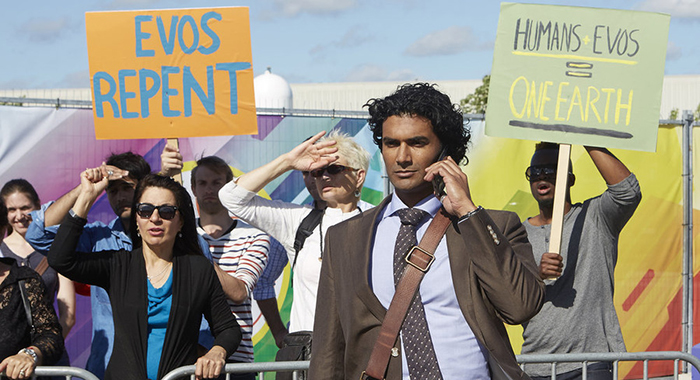 Heroes has been off the air for five years. Heroes Reborn is going to act like there’s been five years of story going on since we last tuned in.

“We’re treating this as if this is not the fifth season,” Kring said. “We’re actually treating it as like the tenth season, as though there were actually seasons in between. We’re saying that the exact amount of time it’s been off is the exact amount of time that the story world has moved.  And this world has become a very a different place, and there’s something really great about this. So, yeah, I had always wanted to tell the story of what happens in the world when the world discovers these people.”

THERE’S AT LEAST ONE POWER WE HAVEN’T SEEN BEFORE 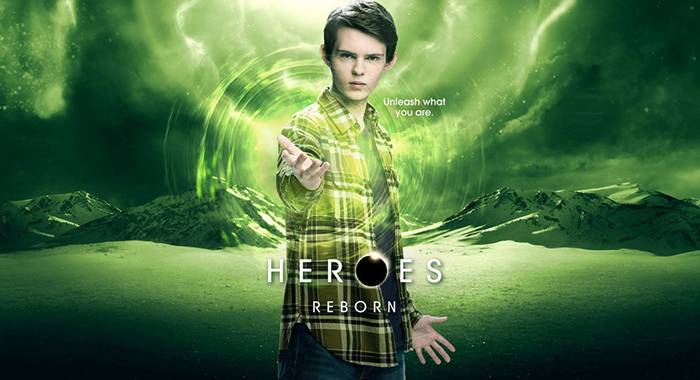 By the fourth season of Heroes, fans were starting to worry that the show had used up all the cool powers, but in a Heroes Reborn clip reel screened for critics, we have seen at least one new one. Tommy (Robbie Kay) can make people disappear. Where do they go? We’ll have to watch to find out.

“They’re kind of pushing the boundaries actually with special effects and CGI,” Kay said. “We’re shooting a lot of location stuff with small, CGI additions on the side. But yeah, my power specifically does involve a certain level of CGI. It’s looking really great. I’m really excited to see how the finished product really works out.”

Heroes Reborn premieres this Thursday, September 24, on NBC at 8 p.m.