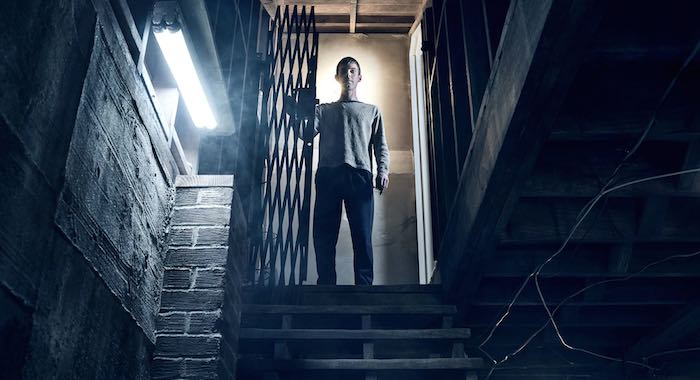 Author Stephen King conjures the scariest things a mind can imagine — among them, a killer clown in the sewers in It, a Native American burial ground that brings dead animals and people back to life in Pet Sematary, and a car possessed by the evil spirit of its former owner in Christine. Yet some of the scariest King stories are just normal people driven to violence: Annie Wilkes in Misery, Jack Torrence in The Shining, or Brady Hartsfield in Mr. Mercedes.

Screenwriter David E. Kelley  (Big Little Lies) and director Jack Bender (Lost) brought King’s novel Mr. Mercedes to life in a 10-episode series that could continue; King wrote a trilogy. Harry Treadaway  (Penny Dreadful) plays Brady, a killer who drives a stolen Mercedes into a crowd of people waiting in line at a job fair. Brendan Gleeson (Harry Potter‘s Mad-Eye Moody) stars as the lead detective on the case, who retires with the case still unsolved. Brady then starts taunting him and plotting an even deadlier crime.

Gleeson, Treadaway, Bender, costar Breeda Wool, and Audience Network Senior Vice President Chris Long spoke with Rotten Tomatoes about the first season of Mr. Mercedes. Here are 10 things that are already pretty scary before King turned them into a nightmare. 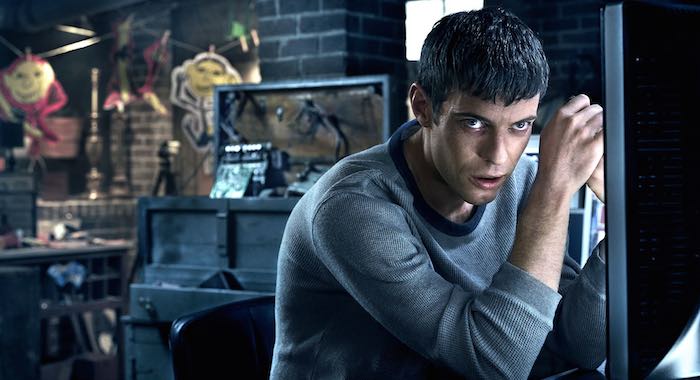 Click the wrong link and you can find some stuff online you can never unsee. King thought of even more unsettling ways Brady could use technology to get to Bill.

“It’s what links them initially,” Treadaway said. “That’s how they meet, I suppose, through the e-mails, through the messages that he sends online.”

Brady and Bill even speak via the computer headset, still leaving Bill powerless to catch him. Sort of like when you land on a bad player on Xbox.

“Me and Brendan first worked together doing these,” Treadaway continued. “They do meet online and there is live interaction between them throughout the series. Our first interaction was on earpiece and microphone in front of a computer.”

Gleeson admits he was seduced by early technology, but got out before he became addicted.

“My favorite thing in the last 20 years was the iPod, because suddenly I didn’t have to pack loads of CDs or any of that stuff,” Gleeson said. “So I was enthralled to it up to a point and then utterly dismissive of it in a different way.” 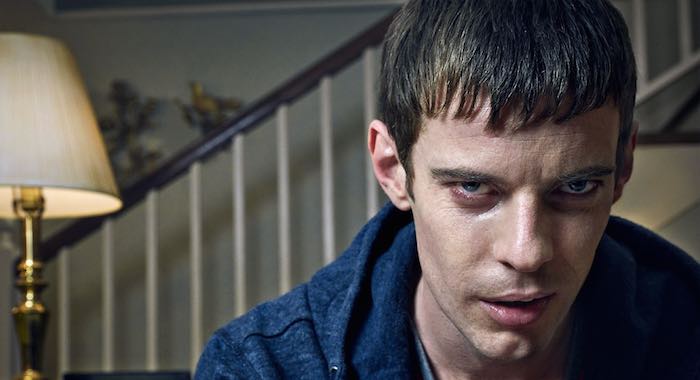 King just turned this unfortunately all-too-common modern fear into part of Brady’s plan. In the book, Brady attempts to bomb a boy band concert. Even before the tragic real-life bombing of an Ariana Grande concert, Bender and Kelley decided to change the event for the series. It still prays on post 9/11 fears of what could be the next target.

“It’s still a massive event that brings in a lot of people and would be catastrophic,” Bender said. “We didn’t change it because the end had any prophetic notion, although you can’t help living now thinking, Oh my God, where is going to be next?” 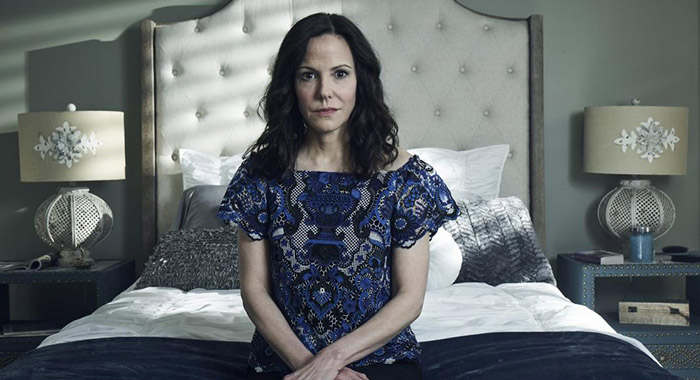 Bill gets some help from Janey Patterson (Mary-Louise Parker), the sister of the woman whose car Brady used in the crime. The case brings Bill and Janey close enough to fall for each other, but you know what they say about relationships based on intense circumstances: They never work out. Now Brady can use Janey to hurt Bill more. Gleeson appreciated that this was more than a will they/won’t they. This relationship will determine whether Bill decides to give life another chance.

“It was as simple as life and death really,” Gleeson said. “It was complicated and essential really, in terms of Hodges peeking his head back into the world and then finding it could be wonderful for a while. It was very complicated, I guess, but ultimately quite simple really: It was about life and death.”

Bosses can be scary. Brady works at an electronics store where he can put his computer skills to use; however, his boss, Robi (Robert Stanton), berates him constantly. Brady has an ally in his colleague Lou Linklater (Wool). When customers insult Brady for his social awkwardness or Lou for her sexuality, Robi believes the customer is always right.

“The employee should always be right,” Wool said. “The dignity of having a job is profound, but a lot of jobs in America, it’s a dignity that’s met with belittlement by your employer. That was a big theme of this series.”

Looking for work can be scary, especially in a recession. It’s not lost on Wool that Brady chose a job fair as his first target.

“The violence of the series starts with people going to a job fair, people in need and desperation of money,” Wool continued. “Who’s taking care of these people? David E. Kelley and Jack Bender tell a story that examines that.” 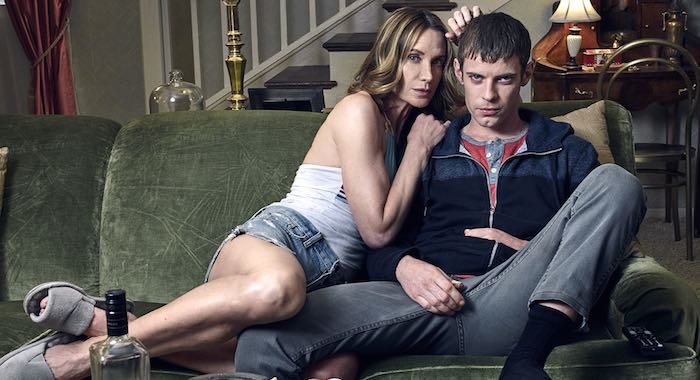 Incest is creepy any way you look at it, of course. As the show unfolds, viewers will learn more about Brady’s father and brother and what led his mother (Kelly Lynch) to abuse him in ways that continue into the present.

“What’s brilliant about it is he’s a psychopath, but I think it goes some way to understanding why he is the way he is,” Treadaway said. “It’s sad and it’s sort of real and sort of rotten and strange. The trick was to try not to judge them too much. Talking about it now seems strange, but at the time we were just in the relationship we were in. It didn’t seem that weird to us when we were doing it.”

Art can be provocative, and it can be manipulated to scare people. That’s what Stephen King is great at, of course. Brady sends video messages full of disturbing images, but to Brady that’s art. Taking a leap from the descriptions in King’s book, Bender designed much of the art that Brady uses to taunt Bill.

“[It’s] a combination of our graphic designers and me,” Bender said. “I created some of his very twisted art, but we had these extraordinary graphic designers who put it together and video-ized it and messed it up. It was a great collaboration.” 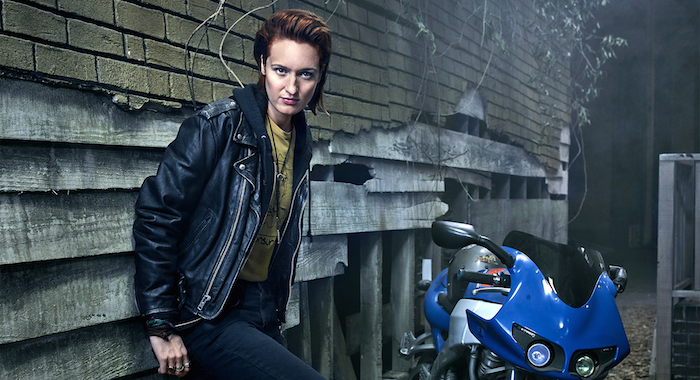 Hate speech doesn’t need Stephen King to make it terrifying, but Mr. Mercedes does anyway. Lou is persecuted by homophobic people in her town and some of that violent hatred is scarier than Brady’s murders.

Wool relates to the LGBTQ community and counts her blessings she lived in open-minded environments.

“The world that I live in is very gender queer,” she said. “I live in Los Angeles and New York City, and I was raised in a certain environment where I didn’t have to act like a little lady. Gender wasn’t necessarily forced upon me.”

Let’s face it, once you hear a song in a King movie, you can never hear it the same way again. Bender chose the soundtrack to Mr. Mercedes purposefully, including one song that will be very meaningful to King fans.

“I had the idea to give Hodges a vinyl collection,” Bender said. “I felt that if we could motivate the music by what he listens to and what Brady listens to, it could be a really interesting contrast. [One song] was a choice as an inside ode to Stephen King.”

For the record, King approves the soundtrack, Bender said: “Stephen King wrote me today saying, ‘I gotta have the album.”

A heads-up: On Audience network, Mr. Mercedes can be as graphic as any R-rated movie. Bender and Long take that responsibility seriously. They wanted to make sure Brady’s crime hit the viewers as hard as it hits Bill.

“The reason Hodges is so haunted by it is because if you flash back to those memories in your own dreamscape, that’s a hard thing to forget,” Long said. “I didn’t want to restrict that with some montage where you wouldn’t be able to get the angst that sits in Hodges body the last two years without seeing those images.” 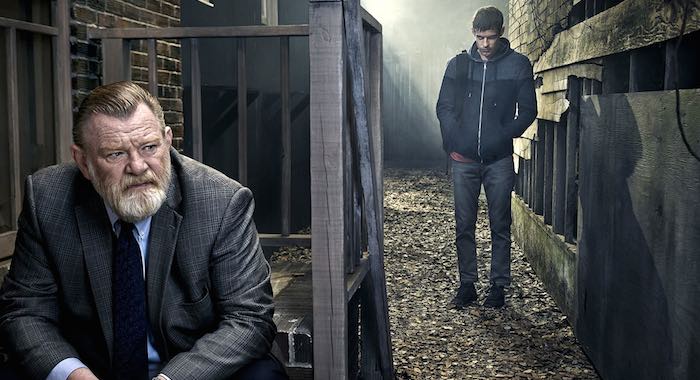 The brutalization and killing of defenseless animals can be even scarier than human-on-human violence, because a cuddly family pet is innocent — and much less likely to wield a gun. That is to say, you’re right to be worried for the canine in Mr. Mercedes — Long wasn’t going to pull punches.

“Don’t look at it as a dog,” Long said. “It’s [Brady] dominating something else. It’s empowerment because he can’t dominate his mom, he can’t dominate at work. I have to make sure that we’re true to the storyline and make sure it’s artistic license and we’re not intentionally trying to offend anybody.”