10 Hidden Gems of The Guardians of the Galaxy Vol. 2 Stars

Guardians of the Galaxy Vol. 2 is fast approaching but did you know that its cast members have previously acted in other movies outside the franchise? And that some of them were good? We take the 10 biggest stars of Marvel’s intergalactic, planetary adventure and give you some Fresh and Certified Fresh movies of theirs that you may have missed. Put these on the mixtape! 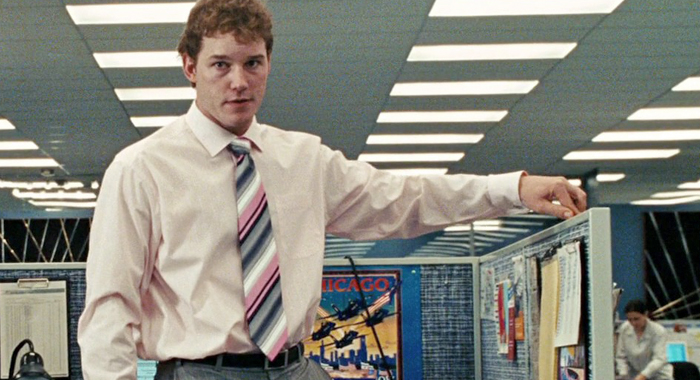 Film: Wanted (2008, 71%). This adaptation of the Mark Millar comic stars James McAvoy as an underachieving, over-medicated corporate drone who’s enlisted by the mysterious Angelina Jolie to join a secret fraternity of assassins, hone his hidden superhuman strength, and avenge his father’s murder.

Role: A movie starring Angelina that made $350 million worldwide isn’t your normal “hidden gem,” but amidst the bullet curving and car chases it’s easy to forget Pratt’s role. He plays McAvoy’s delightful douchebag co-worker and memorably takes a keyboard to the face. Pratt essentially played the same dude in the first season of Parks & Recreation before the character was re-written, turning him into a TV fan favorite and eventual legendary space outlaw. 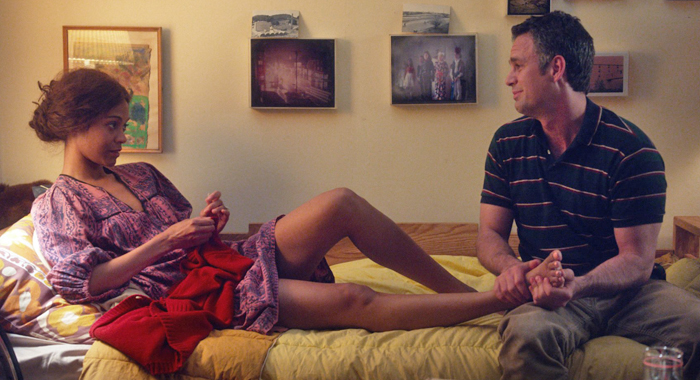 Film: Infinitely Polar Bear (2015, 82%). Sometimes when Mark Ruffalo gets mad, he turns into the green smashing Hulk. And sometimes he goes to the hospital and has his kids taken away from him, as in this bipolar disorder-addressing drama from Maya Forbes.

Role: Saldana plays Ruffalo’s long-suffering wife, who moves herself and the kids into an apartment as her estranged husband gets help to get it together. Ruffalo puts in another of those highly-tuned sensitive performances, which Saldana matches scene for scene. 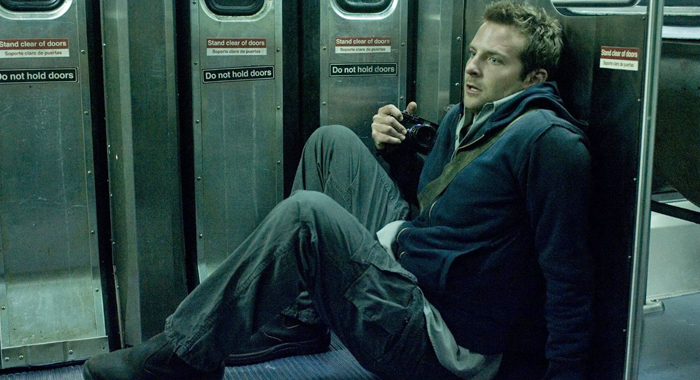 Film: The Midnight Meat Train (2008, 73%). The movie biz carves up another Clive Barker adaptation, this time telling the drenched tale of people getting butchered on a subway and the amateur photographer who makes it his quest to expose the truth.

Role: Cooper plays the photographer, who becomes intensely obsessed with figuring out why the murders are taking place, at great risk to his health and relationship with his girlfriend. Studio politics effectively reduced this movie to being dumped directly to video, though it’s grown a small cult due to its unflinching gore and its mega-black ending. 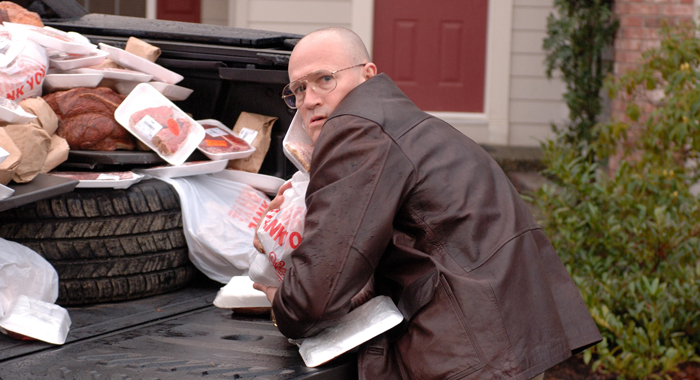 Film: Slither (2006, 87%). Guardians director James Gunn’s feature debut is a nasty little horror-comedy about a small town overcome by an alien parasite that begins its colonization of Earth by possessing a philandering car dealer. Before long, everyone’s pets are missing, the local livestock are turning up mutilated, and neighbor-on-neighbor violence is at an all-time high.

Role: Rooker stars in Slither as Grant Grant, aka patient zero himself, the car dealer who becomes infected by an extraterrestrial slug and, in turn, whose mistress becomes the hive queen. The problem is, Grant still retains some of his human memories, and all of them lead back to his not-so-doting wife (Elizabeth Banks), who’s understandably less than thrilled to come home to a horribly disfigured man slowly transforming into a tentacled monster. It all amounts to a raucous mix of uncomfortable laughs and the ridiculous kind body horror that would make David Cronenberg proud. 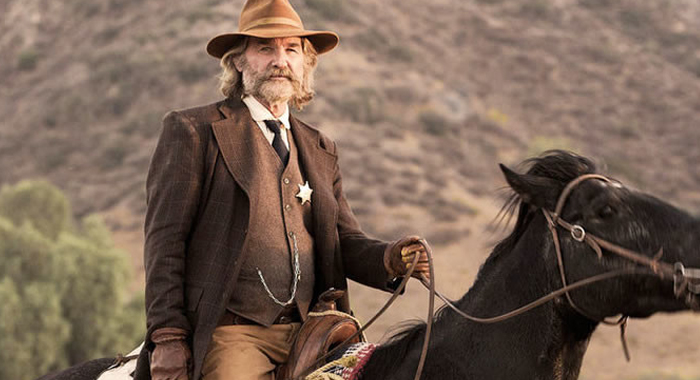 Film: Bone Tomahawk (2015, 91%). This surprisingly confident debut by writer/director S. Craig Zahler seamlessly introduces elements of horror into a deliberately paced Western about a local sheriff who leads a small party of gunslingers to face off against a tribe of ruthless cannibals after some of his townspeople are abducted.

Role: Russell’s filmography is vast and varied, but this underseen thriller (and Tarantino’s The Hateful Eight, both from 2015) arguably makes the best use of his late-period gruffness and magnificent facial hair, and he is terrific as the sheriff who sacrifices everything for his town. The whole thing is a tightly wound slow build to a grisly, violent climax, and there are a few things in there you won’t be able to unsee. 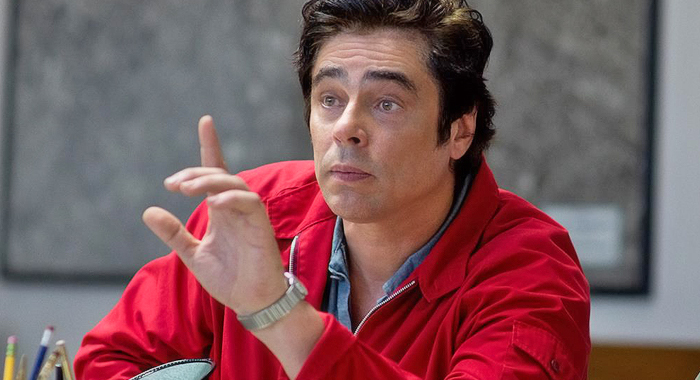 Film: Inherent Vice (2015, 74%). After the gold rush of the hippie era, reality and hard living sets in as 1970 rolls on in California. Perpetually stoned private dick Doc Sportello (Joaquin Phoenix) is hired to solve a beguiling case while avoiding the LAPD and a life of responsibility.

Role: Del Toro plays Doc’s attorney and occasional informant Sauncho. He gives a classically mumbly Benicio performance, but attach that to the film’s outsized characters and byzantine plot and it all weaves into a piquant psychedelic tapestry. 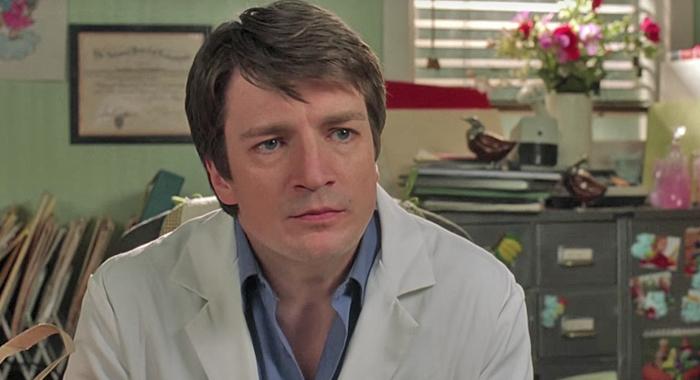 Film: Waitress (2007, 89%). Adrienne Shelly’s smart and heartfelt romantic comedy centers on an unhappily married waitress (Keri Russell) who dreams of opening her own bakery and finds something akin to hope when her unwanted pregnancy leads to an affair with her equally married new physician.

Role: Having done some space swashbuckling of his own (on FOX’s TV series Firefly and its follow-up feature film Serenity), as well as co-starring in another gem on this list (Slither), Nathan Fillion brings his effortless charisma to this decidedly understated charmer as the aforementioned doctor, striking up such a natural chemistry with Keri Russell that, maybe just for a little while, infidelity doesn’t seem like such a bad thing after all. 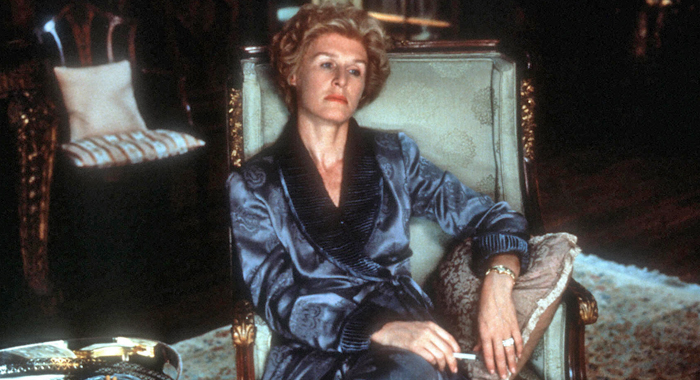 Film: Reversal of Fortune (1990, 92%). In the famous murder case of 1990, Claus von Bulow stands on trial, accused of sending his wife into a diabetic coma after pumping her with an overdose of insulin.

Role: Close plays Claus’ wife Sunny and spends the entire movie with her eyes closed and her tongue hanging out of her mouth. Just kidding, reverse that: there’s plenty of Close and Jeremy Irons going at it in a dramatic exploration of this tense marriage. 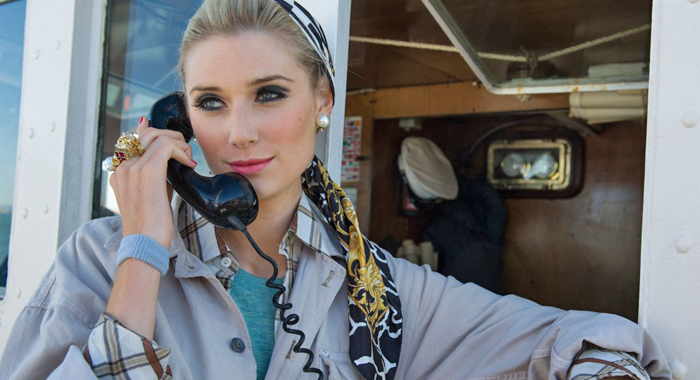 TV Series: The Man from U.N.C.L.E. (2015, 68%). Henry Cavill and Armie Hammer play American and Russian secret agents who begrudgingly join forces during the Cold War-era ’60s to track down a nuclear weapon in this Guy Ritchie adaptation of the classic TV series.

Role: Debicki wears killer dresses and assembles even deadlier bombs as one of the two major villains in this movie, which is celebrated for its action scenes and quirky humor (at least for a movie with this many explosions), though it struggled at the box office. 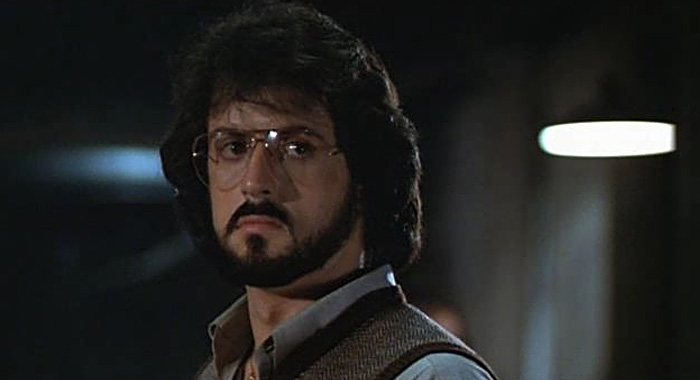 Film: Nighthawks (1981, 70%). Originally conceived as a third French Connection, the film deals with urban terrorism in New York as Rutger Hauer, in his first English role and one year before the legendary Blade Runner, runs New York through the wringer.

Role: Stallone is an NYPD detective named Deke DaSilva, tasked with taking down the sadistic Hauer in a city still at the height of its grime and grit. The film was plagued with production problems and multi-hyphenate Stallone took over directing duties briefly.