Marvel hasn’t had a new movie in theaters in over a year, but the MCU is definitely still alive and kicking – just in a different venue. WandaVision, the first in a string of highly-anticipated streaming series from the studio, is set to hit Disney+ next week. A select group of TV critics and journalists was invited to take a peek at the first few episodes of the show, and the good news is that reactions on social media are overwhelmingly positive. (Full reviews will drop in the next few days.) Not only are Scarlet Witch/Wanda Maximoff (Elizabeth Olsen) and Vision (Paul Bettany) back together again, but the show leans fully into the epic weirdness of it all and gives a wonderful hat tip to the classic American sitcom in the process.

Here’s what critics are saying on social media about WandaVision season 1:

IS IT WORTH THE WAIT?

It is zany, precise, fresh, funny (cue laugh track) & counterintuitive. The bigger picture will be revealed (we only get glimpses so far that all isn’t right in Westview) but I’m in no rush to leave town. – Nikki Novak, Fandango

The reason the #MCU is king of the hill is @Kevfeige’s amazing leadership and willingness to take risks like what you’ll see in ‘Wandavision’. – Steven Weintraub, Collider

HOW DOES IT FEEL TO BE BACK IN THE MCU? 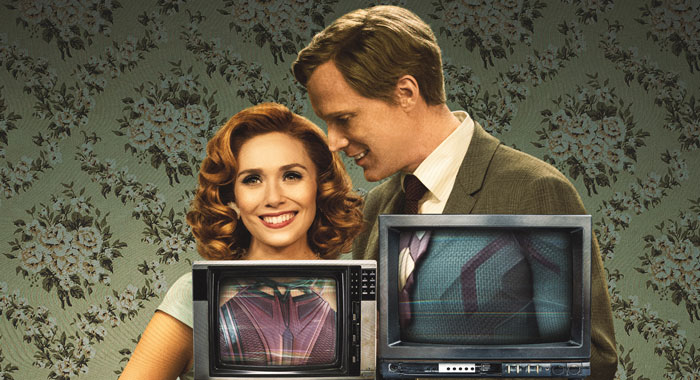 Weird, fun, and simply amazing, it feels so very good to be back in the MCU! – Tessa Smith, Mama’s Geeky

#WandaVision is a weird way to return to the MCU (remember, it was MEANT to be the fourth project of of Phase 4) and will take some adjustment for those seeking a traditional superhero story, but I think it will grab people more and more if they accept it’s doing its own thing. – Eric Goldman, Fandom

DOES IT WORK AS A CELEBRATION OF CLASSIC SITCOMS? 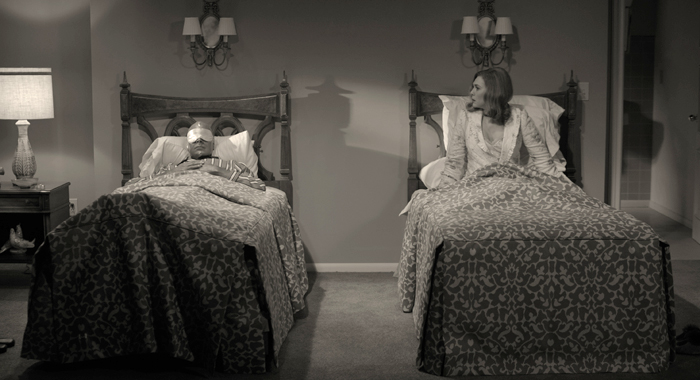 It is a blast to watch. It is so committed to the sitcom structure of story telling that it feels like a bold risk – but it pays off and builds a mystery. – Brandon Davis, ComicBook.com

It is not a parody or snarky take on classic sitcoms. It’s the most respectful, sincere celebration of that art form that I’ve seen…. Ever? – Brett White, Decider

Fans of vintage sitcoms will adore its commitment to the details, while still being genuinely funny. – Peter Sciretta, SlashFilm

Also — and I cannot stress this enough — hooray for half hour (more or less) episodes! Storytelling confident enough to be concise is one of my favorite things. – Alex Biese, USA Today

HOW ARE PAUL BETTANY AND ELIZABETH OLSEN? 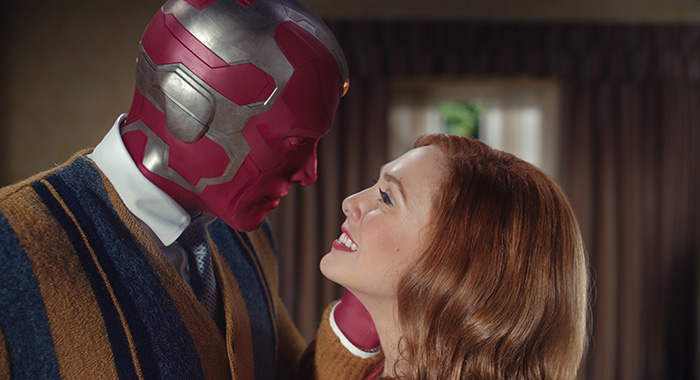 Paul Bettany absolutely deserves to be submitted for Best Actor in a Comedy at every awards ceremony.
– Brett White, Decider

Bettany is especially having a good time & it shows. – Brandon Davis, ComicBook.com

Elizabeth Olsen’s performance is truly outstanding and one of those “Man, if awards shows weren’t snobby about superhero stuff, she would likely get an Emmy nomination” situations. – Eric Goldman, Fandom

Elizabeth Olsen and Paul Bettany have never been better as these characters and I cannot wait to see where it goes from here. – Alex Biese, USA Today

ALL THE EMMYS FOR ELIZABETH OLSEN IN #WandaVision – Ash Crossan, ET Online

The first two episodes of WandaVision will premiere on Disney+ on Friday, January 15. The remaining four episodes will debut on subsequent Fridays.