The 10 Best Stoner Movies Ever Made – And The Highest One Of All!

Check out these awesome odes to weed and the ones who love it, from Friday to The Big Lebowski. 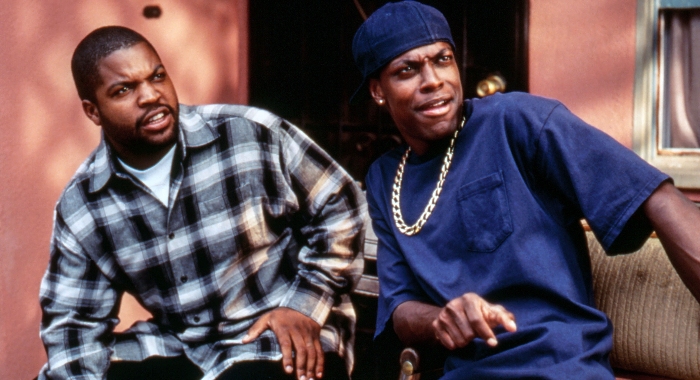 With state after state legalizing marijuana, and stores like Med Men giving dispensaries a slick corporate gloss, the cheeky holiday known as 420 – which falls every year on April 20 – has lost a little of its mischievous charm. But it does still give us at Rotten Tomatoes a yearly excuse to serve you a fresh, stinky, and updated guide to the Best Stoner Movies Ever Made. Which is what we’ve assembled below.

What exactly is a “stoner movie,” by our definition? Well, it has to – in character and plot – focus on weed and those who choose to smoke it in not-so-moderate amounts. (If you’re after movies that are perfect to watch while stoned for their trippy, twisty, or weird qualities – but which are not about marijuana itself – we have a list for that right here.)

To create the list, we assembled all the stoner movies we have in our system, and then ranked them by Tomatometer (the percentage rating that shows what proportion of critics gave a movie a positive review). The top 10 films from that list are what you’ll find below – a collection full of classics (Easy Rider), cult favorites (Friday), and more than one appearance from Seth Rogen. Naturally.

Director David Gordon Green (Halloween, Stronger) can tackle just about any genre, it seems, including the classic stoner comedy, as he does with this favorite featuring Seth Rogen and James Franco on the run from a drug lord who’s managed to track them down thanks to a very special strain of weed Rogen’s character left at a crime scene. Critics Consensus: Both funny and scattershot, this loose-knit action/buddy/stoner comedy bridges genres and keeps a steady tempo of low-ball laughs.

One-time pop culture phenom Ted may have lost some of its luster following a pretty subpar sequel, but this bromance between a grown man (Mark Wahlberg) and a talking (and smoking) teddy bear voiced by writer/director Seth MacFarlane is surreal, hilarious, and often sweet. Critics Consensus: Ted‘s “romance versus bromance” plot is familiar, but the film’s held aloft by the high-concept central premise and a very funny (albeit inconsistent) script.

Paul Thomas Anderson’s trippy adaptation of Thomas Pynchon’s beloved novel sees Joaquin Phoenix as a pot-loving detective solving a mystery disappearance in a California beach town. Critics Consensus: Inherent Vice may prove frustrating for viewers who demand absolute coherence, but it does justice to its acclaimed source material — and should satisfy fans of director P.T. Anderson.

It’s cinemas most famous case of the munchies as stoned friends Harold (John Cho) and Kumar (Kal Penn) set out on a late-night mission to find the titular burger house. Critics Consensus: The likable leads and subversion of racial stereotypes elevate Harold and Kumar above the typical stoner comedy.

Ice Cube (who co-wrote the script) and a brilliant Chris Tucker star in this classic about one day in the life of two friends, one of whom just got fired and one of whom owes money to the local drug dealer. Critics Consensus: What Friday might lack in taut construction or directorial flair, it more than makes up with its vibrant (albeit consistently crass) humor and the charming, energetic performances of its leads.

Director and co-writer Dennis Hopper stars with Peter Fonda in this counterculture favorite about two bikers driving through the South and Southwest with money from a drug deal. Critics Consensus: Edgy and seminal, Easy Rider encapsulates the dreams, hopes, and hopelessness of 1960s counterculture. 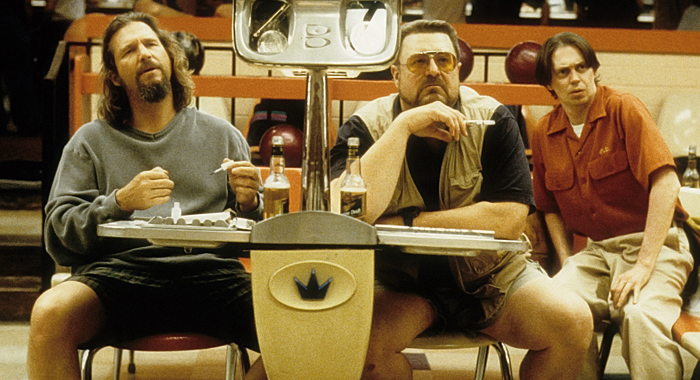 This meta stoner flick sees a bunch of actors known for playing stoners – Seth Rogen, Jonah Hill, James Franco, and co. – trapped in Franco’s home when the apocalypse strikes during a party packed with A-listers. Critics Consensus: Energetic, self-deprecating performances and enough guffaw-inducing humor make up for the flaws in This Is the End’s loosely written script.

Jeff Lebowski (Jeff Bridges) – but call him “the Dude,” please – finds himself sinking into the L.A. underworld when a mix-up puts him in the sights of some dangerous folks in this Coen Bros. favorite. Critics Consensus: Typically stunning visuals and sharp dialogue from the Coen Brothers, brought to life with strong performances from John Goodman and Bridges.

Director Richard Linklater followed Slacker with this classic coming-of-age, slice-of-life tale that follows a group of Austin teens on their final day of high school. Among a stacked cast – Jason London and Ben Affleck among them – it was Matthew McConaughey who set the screen fully ablaze as Wooderson, the slightly older charmer with a love of wheels, women, and weed. Critics Consensus: Featuring an excellent ensemble cast, a precise feel for the 1970s, and a killer soundtrack, Dazed and Confused is a funny, affectionate, and clear-eyed look at high school life.

Check out or full list of 20 Essential Stoner Movies.