“Best comedy of the year?” we can imagine Phoebe Waller-Bridge’s Fleabag saying, straight to camera, with a trademark smirk: “Try the decade.” And she’d be right. Amazon’s Fleabag not only stands above a stellar class of Certified Fresh 2019 comedies, but its second season is officially the best-reviewed season of TV of the entire decade, according to the Tomatometer. Fortunately for Barry, Russian Doll, Better Things, and One Day At A Time, which will all return in 2020, Waller-Bridge has no immediate plans for a season 3.

#1
Adjusted Score: 107.527%
Critics Consensus: Fleabag jumps back into the fray with a bracing second season that upholds its predecessor's frenzied wit and delicate heart, replete with Phoebe Waller-Bridge's indefatigable charisma.
Synopsis: Fleabag (Phoebe Waller-Bridge) is back for a second bite, and this time she is going toe to toe with the... [More]
Starring: Phoebe Waller-Bridge, Ben Aldridge, Bill Paterson, Sian Clifford 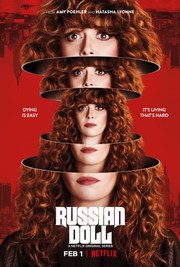 #2
Adjusted Score: 104.706%
Critics Consensus: Russian Doll may be stuck in a time loop, but this endlessly inventive series never repeats itself as it teeters on a seesaw of shifting tones -- from fatally funny to mournfully sad -- that is balanced with exhilarating moxie by an astonishing Natasha Lyonne.
Synopsis: Russian Doll follows a young woman named Nadia (Natasha Lyonne) on her journey as the guest of honor at a... [More]
Starring: Natasha Lyonne, Greta Lee, Yul Vázquez, Elizabeth Ashley

#3
Adjusted Score: 102.68%
Critics Consensus: Barry follows up a pitch-perfect debut with a second season that balances darkness with comedy while steering clear of antihero overindulgence.
Synopsis: Desperate to leave his violent past behind in favor of his newfound passion, Barry is attempting to untangle himself from... [More]
Starring: Nikita Bogolyubov, Bill Hader, Henry Winkler, Stephen Root
Directed By: Minkie Spiro, Liza Johnson, Hiro Murai 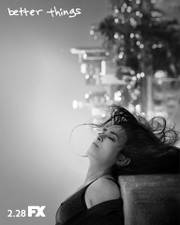 #5
Adjusted Score: 101.603%
Critics Consensus: As timely and tender as ever, One Day at a Time's third season manages to up to comedy ante without losing the intimate family moments that help it hit so close to home.
Synopsis: A remake of Norman Lear's classic 1975 sitcom revolves around a Cuban-American family headed by a recently separated military mom... [More]
Starring: Justina Machado, Rita Moreno, Todd Grinnell, Isabella Gomez
« Previous Category Next Category »