Once Upon a Time’s Reboot, Explained By Its Stars 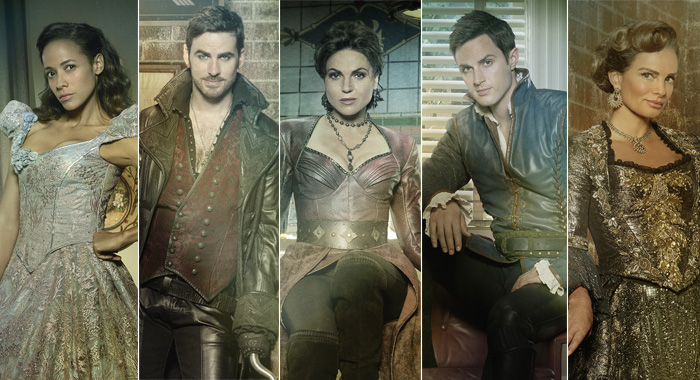 Once Upon a Time isn’t just starting a new chapter with its seventh season — it’s opening a whole new book with brand-new retellings of your favorite fairy tales, starting with a new take on Cinderella and her prince.

The rebooted series follows a group of new fairy tale characters living under cursed identities in Hyperion Heights, a neighborhood of Seattle, along with three returning fan-favorite characters with new cursed personas.

This curse has pulled a grown-up Henry (Andrew J. West, previously played by Jared Gilmore) away from his love, Jacinda (a.k.a. Cinderella, played by fellow OUAT newcomer Dania Ramirez), and his daughter, Lucy (Alison Fernandez). This time, Lucy is the believer who must reunite her parents and save the fairy tale characters—including The Princess and the Frog‘s Tiana (aka Sabine, played by Mekia Cox), Roni (aka Regina aka the Evil Queen, played by returning star Lana Parrilla), and Hook (O’Donoghue).

“The show definitely feels like it’s taking a different identity on board, but it’s still the same show. But I think that’s one of the good things about this season — it does feel different. I think it would be a shame [if it didn’t],” O’Donoghue said on one of his character’s new sets, the Seattle police department, as this cursed Hook is a cop.

Though Parrilla does miss TV son Gilmore — “I miss kissing his face off and giving him giant, warm hugs in the morning,” she said on location in Vancouver — she has enjoyed creating a new character.

“The great thing about Once Upon a Time is that our characters are constantly evolving and growing and changing, and in season 7 they really have,” she said. “Regina’s out of pantsuits. She’s into denim and rock T-shirts and curly hair. She feels different, and as an actor that’s great for me. I love it — it feels like a new character, and it kind of is in some sense because she’s cursed and she doesn’t know who she is.”

To learn about the new characters in the actors’ own words, click through the gallery below for West, Ramirez, Cox, and Anwar’s takes on joining the show, the new curse, and the new love story.