We break down what we know of the upcoming titles, from the animnated Spider-Verse sequels to El Muerto and even that rumored Sinister Six movie. 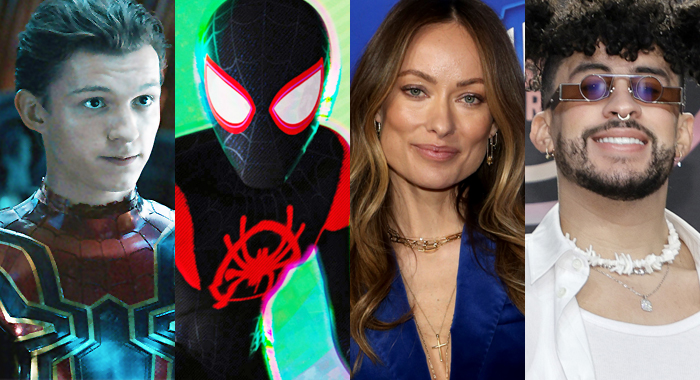 At one time, it seemed as though as Peter Parker (Tom Holland) would find himself ejected from the Marvel Cinematic Universe in 2020. The relationship between Disney — Marvel Studios’ corporate owner — and Sony soured in the early summer of 2019, and the success of Venom and Spider-Man: Into the Spider-Verse seemed to indicate Sony could invent its own cinematic universe to rival that of Marvel. In fact, the studio always looked at the MCU as something to emulate.

Once again confident in those ideas, they forged ahead through 2019 and 2020, developing projects for something they called (for a brief moment, anyway) the “Sony Pictures Universe of Marvel Characters.” At the same time, the relationship with Disney was repaired (reportedly at Holland’s behest) and despite the third MCU Spider-Man film receiving a No Way Home subtitle, the character remained firmly in that universe by the movie’s conclusion.

Nevertheless, it seems Sony is still preparing a place for him in what is now called Sony’s Spider-Man Universe. And although the live-action version of the title character is still a universe or two away, the studio is deep into making his friends and foes movies stars in their own rights. So let’s take a look at all the films the studio has announced — and a few they’re developing — in their bid to create their own connected universe. 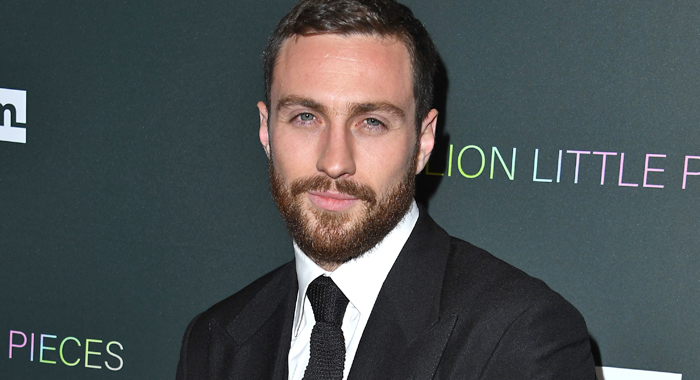 What We Know: Aaron Taylor-Johnson stars as Sergei Kravinoff. Presumably, the film will chart his rise from the scion of deposed Russian aristocracy to a big game hunter who eventually sets his sights on Spider-Man. Russell Crowe, Fred Hechinger, Ariana DeBose, Alessandro Nivola, Levi Miller, and Christopher Abbott are also set to star with production currently underway. J. C. Chandor directs from a screenplay by Art Marcum, Matt Holloway, and Richard Wenk. We also expect Kraven will be the next person Adrian Toomes (Michael Keaton) contacts to join his gang. Well, provided that Morbius stinger scene ever amounts to anything more.

Spider-Man: Across The Spider-Verse

What We Know: Continuing from the events of Spider-Man: Into the Spider-Verse, Miles Morales (Shameik Moore) meets up once again with Gwen Stacy (Hailee Steinfeld) after she learns her portal between their worlds is causing further chaos across the Spider-Verse. Oscar Isaac returns as Spider-Man 2099 (from Into the Spider-Verse’s post-credit stinger) with Issa Rae joining up as Jessica Drew – aka Spider-Woman – while Jake Johnson returns as the middle-aged Peter B. Parker. Other new voices include Jason Schwartzman as the Spot, Shea Whigham as Captain George Stacy, and Jorma Taccone the Vulture. The film, directed by Joaquim Dos Santos, Kemp Powers, and Justin K. Thompson, will take place across six universes and, reportedly, feature the reality designed for the 1970s Japanese Spider-Man series. It was originally subtitled Across the Spider-Verse (Part One), with the third film serving as Across the Spider-Verse (Part Two), but that idea was ultimately scrapped, and both installments were given their own titles. 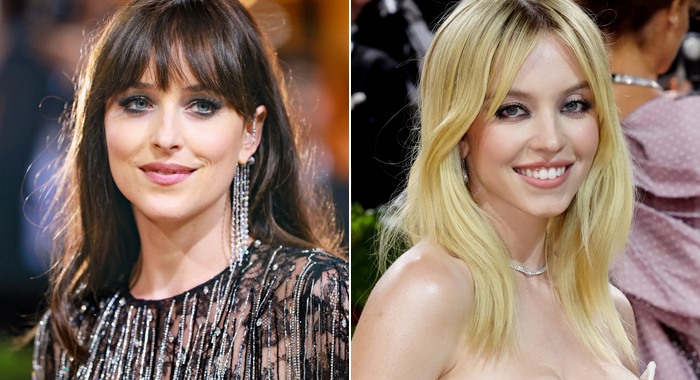 What We Know: In Marvel Comics lore, Madame Web is a mutant with precognitive abilities who guides Spider-Man on various occasions. In the 1990s Spider-Man: The Animated Series, she superficially sought to train him for a battle spanning the Multiverse. But for Sony’s feature film, Dakota Johnson will star as Cassandra Webb, a woman on her way to becoming the title character. Whether or not her film will ultimately tie into Sony’s plans for Spider-Man remains to be seen, though. Tahar Rahim, Celeste O’Connor, Isabela Merced, and Euphoria’s Sydney Sweeney are among the cast. Burk Sharpless and Matt Sazama provide the script while S.J. Clarkson is set to direct. In June of 2022, Johnson told Collider “people” from her recent films, Cha Cha Real Smooth and Am I Okay?, are also joining the production. Although it is unclear if she means cast members or additional behind-the-camera crew. 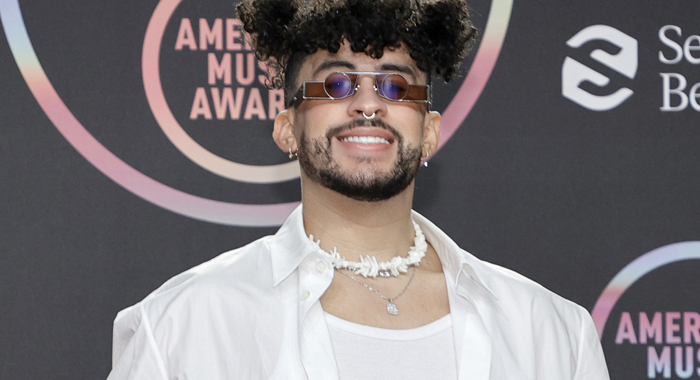 What We Know: Announced at the 2022 CinemaCon, musician Bad Bunny is set to star as El Muerto, a more obscure ally of Spider-Man introduced in 2006, although reports suggest he will be more of an anti-hero in the film. The plot will reportedly see the mystically super-powered luchador on the verge of receiving his abilities and family legacy. If it’s anything like his one Spider-Man comic book story, it will involve unmasking another wrestler or hero. Despite the release date, it is unclear who is directing or writing the film. Based on comments Bad Bunny made in the wake of the announcement, it is possible Deadpool 2’s David Leitch is involved in some capacity.

Spider-Man: Beyond The Spider-Verse 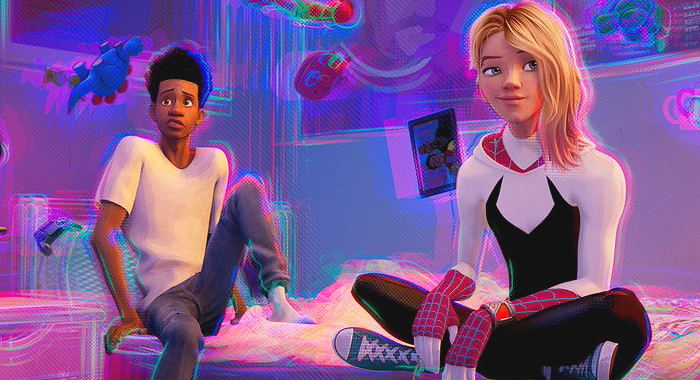 What We Know: Originally slated to be “Part 2” of Across the Spider-Verse, the film will likely continue a portion of that plotline while taking Miles, Gwen and others beyond what they know of reality. Could it be the Marvel Cinematic Universe or some other live-action sphere? It remains to be seen. Executive producers Christopher Miller and Phil Lord remain on board as writers, alongside David Callaham. Presumably, the trio of Across the Spider-Verse directors remain as well, but the subtitle, newly minted at April 2022’s CinemaCon, may indicate changes in the production staff as well. 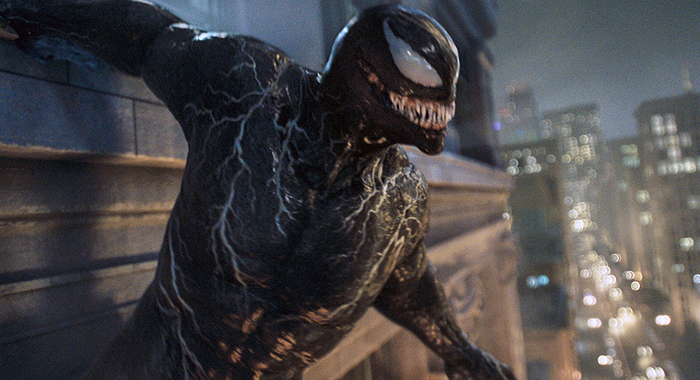 What We Know: Announced at the 2022 CinemaCon, the film will likely see Eddie and Venom (both Tom Hardy) continuing to flee from the events of Venom: Let There Be Carnage even as the symbiote still yearns to be the Lethal Protector. Considering the duo’s brief appearance in Spider-Man: No Way Home, though, they may find themselves in a whole new universe and status quo. Will it include the Vulture and his scheme to get Spider-Man? 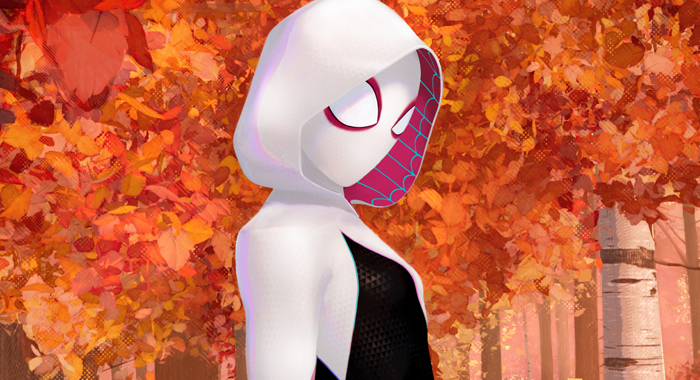 What We Know: Announced by Spider-Man producer Amy Pascal in the wake of the first trailer for Across the Spider-Verse, this animated film will follow Gwen and Jessica as they meet yet more women with spider-like powers and costumed identities. The script comes courtesy of Bek Smith while Voltron: Legendary Defender’s Lauren Montgomery will reportedly direct. 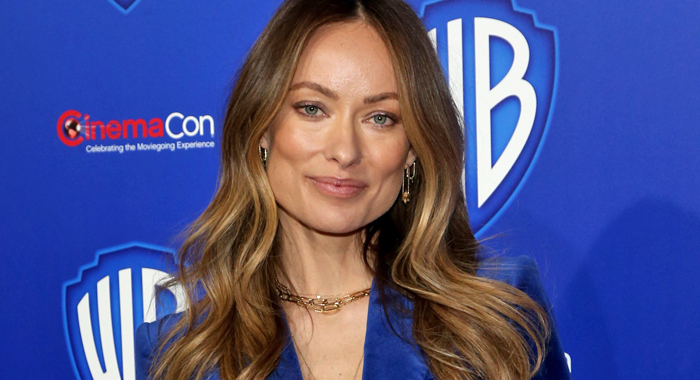 What We Know: Olivia Wilde is slated to direct a Sony Spider-Man Universe film. She will also co-write the film with Katie Silberman. It is widely believed the movie will center on the Jessica Drew Spider-Woman, but this has never been confirmed. If it turns out to be true, it is also unclear if this will be the Issa Rae version from Across the Spider-Verse or a new take set in another of the SSU’s multiverse.

What We Know: In 2020, word broke indicating former Arrow executive producer Marc Guggenheim was writing a script based on the Jackpot character — an ally of Spider-Man he previously wrote in a Jackpot one-shot comic book. Jackpot is actually two characters – the first a woman with super-strength who eventually licenses her costume identity to the second Jackpot, who uses various drugs to develop a similar powerset. Both have red hair, leading to speculation in their early appearances that they might be Mary Jane in a supersuit; this was eventually proven false. The initial reports about the movie indicated Guggenheim had been working on the script since 2018, but little has been revealed about it since.

What We Know: Reports from March of 2020 suggested the Star Trek (2009) co-writer is developing a film set inside the SSU, but featuring a character further afield from Spider-Man. Little has been heard about it since the pandemic began, though, so it is difficult to say if it is still on Sony’s project board. 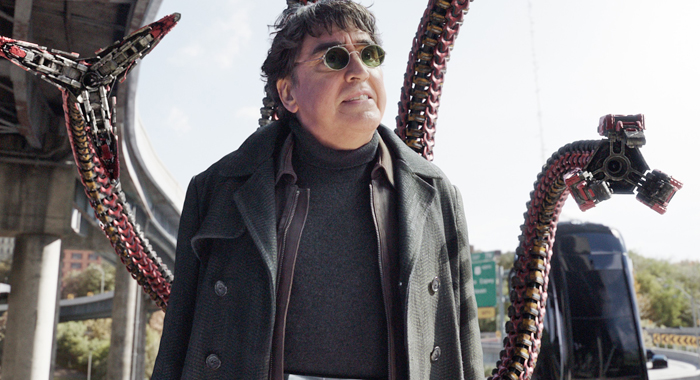 What We Know: The Sinister Six is the film Sony has wanted to make since The Amazing Spider-Man 2. Back before Spider-Man: Homecoming, it was meant to bring together the six greatest foes of Andrew Garfield’s Spider-Man. Drew Goddard (The Cabin in the Woods) was said to be writing and directing the film back in 2013 – just before the Amazing sequel tanked Sony’s initial plans for a shared Spider-Man universe – and Pascal has since said she would like him to return for the revived project. No official word has emerged, but the whole point of Vulture’s cameo in Morbius was to lead in this direction. Presumably, the eventual film will see Vulture, Venom, Morbius (Jared Leto), Kraven and two other villains in an uneasy alliance against the web-slinger.