The British rapper-turned-filmmaker says his acclaimed debut film shows a part of British life that often goes unseen on screen – and that needs to change.

After a successful run in U.K. theaters late last year, the critically acclaimed – and sometimes controversial – Blue Story has landed in the U.S. and heralded the arrival of a bold new filmmaking talent in its writer-director, Rapman. The London rapper and filmmaker drew largely from his experiences growing up among gangs in South East London for the movie, which mixes ripped-from-the-headlines incidences of knife and gun violence with a moving and gripping tale of two best friends driven apart by the people and forces with which they’ve grown up. It’s a morality tale, but one that critics are calling “raw and riveting.”

Rapman came to the attention of BBC Films and Paramount, who are both backing the new film, following the release of his three-part YouTube series Shiro’s Story, which was set in the same world as Blue Story and became a sensation, racking up more than 20 million views to this date. (It also caught the attention of Jay-Z, who quickly signed Rapman to ROC Nation.) As he did in Shiro’s Story, Rapman himself appears sporadically on screen in Blue Story, providing a rapped Greek chorus commenting on the plot, and also pushing it forward. With American audiences about to discover his story, on and offscreen, we exchanged emails with Rapman to ask why audiences are drawn to the world of his films, why so few companies are making movies like them, and what he hopes non-Brits might take away from Blue Story.

Rotten Tomatoes: Blue Story came off the back of your YouTube series Shiro’s Story, which became a bit of a phenomenon among British youth. Why do you think Shiro’s Story connected with people?

Rapman: I think Shiro’s Story connected because at the time there hadn’t been anything like a soap opera type of drama for an urban audience — there hadn’t been anything there for them. There was nothing on TV that caters to the urban audience. So when Shiro’ Story came along, it was kind of like a modern-day urban version of an Eastenders or like a soap opera-style drama. 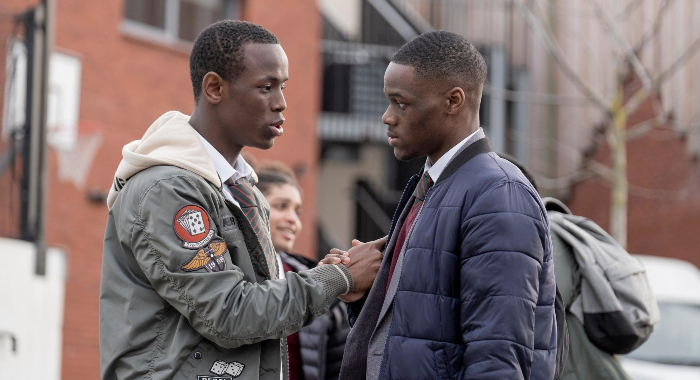 What was the greatest challenge in moving from making a low-budget YouTube project to making something on the scale of Blue Story?

Rapman: The biggest challenge moving from low-budget to feature was just that I’ve never worked with so many departments before. So what I’m used to is that if I want to get another take from my actor I’ll just get another take and if I want to go again, I’ll go again, and I’ll do it all day long until I get it right, and it’s my schedule and it’s my time and I’m fully in control.

Moving on to a big film feature, obviously there are so many different departments. I’ve never worked with a costume department before, so every time I’m getting a take from an actor, before I can go back and get another take, they want to come in and fix his collar, sort out the make up and everything, which is very time-consuming and very frustrating when you just want to get the performance while the momentum is there, instead of it getting broken up because of make up. So adjusting to all the other departments was something I had to get used to – that was probably the biggest challenge.

You weren’t allowed to shoot in the areas that the film is actually set in – Deptford and Peckham – because authorities didn’t want to support a film that depicted knife/gun violence. What was your reaction to that, given the film is about much more and is a really complex and empathetic look at the situation?

Rapman: When I was told I couldn’t shoot in the area that the story was based on, it was disappointing, you know, because I wanted the youth from those areas to see someone who came from where they came from, now coming back and making a movie about the struggles we go through – it would have inspired them and motivated them. So that was really annoying, and I think all the people who banned it and said we can’t do it, I know that none of them read the script. They got a log line that said “gang movie” and never read into the details. If they’d read the script, they would have seen that it was about much more than just gang violence. There was a message in it. 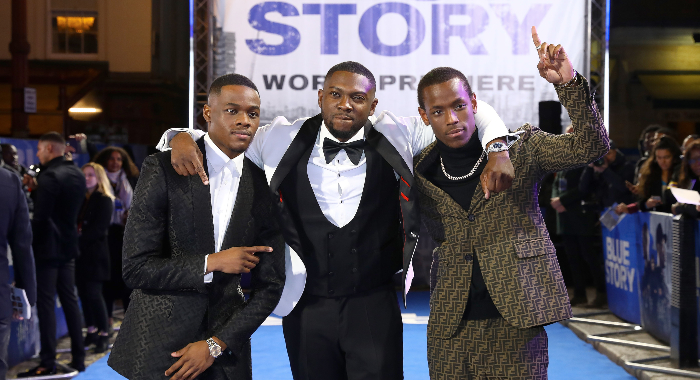 You’ve spoken about how Shiro’s Story and Blue Story are the kinds of tales that don’t get funded and told in the U.K. – at least on the big screen. How important is it that we start seeing more stories written by people outside of the typical U.K. filmmaking and TV establishment?

Rapman: I think it’s very important that people start funding more stories like Shiro’s Story and Blue Story, because it plays a massive part in the U.K.; there’s certain times you can’t pick up a newspaper without it mentioning that world, usually in a negative light, but it’s still a part of U.K. culture. So if we’re going to tell stories, we need to tell all of the stories, not just the stories that favor the U.K. or favor certain communities. Every story needs to be told.

For non-British audiences who may not be familiar with the world that Blue Story depicts, or the headlines it draws from, what do you want them to get out of the film? What is the big takeaway you’re hoping for?

Rapman: Even if you’re not from that type of street, rough, urban, gang lifestyle – or whatever you want to call it – I want you to see how innocent kids can get caught up in it. There’s a big stereotype that anyone who does any crime or anyone who is part of a gang or anyone who is part of that lifestyle is a bad person, they’ve come from a bad home, drug-addict parents or parents in jail. This [film] is actually different — you see that both of the kids come from loving homes, and they still get caught up in it. I want people to realize that you can get caught up in it just by bad decisions and lack of positive male role models in your life. The people that these kids look up to, there needs to be someone positive in their life or they could end up down this path. 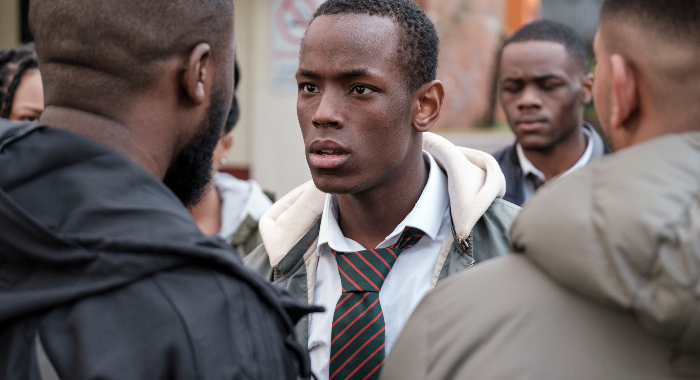 If you could recommend two or three U.K. series or films for our readers to watch that might give them a different and fuller view of life in the country, what would they be?

Rapman: If I could recommend two to three U.K. films or series to watch, I would recommend the movie Bullet Boy, starring Ashley Waters, TV series The Inbetweeners, Kidulthood by Noel Clarke… Yeah, I’d recommend them. And obviously Topboy. Those are the shows I’d probably recommend if you want to get a bit more insight into the world that Blue Story’s set in.

What’s next for you?

Rapman: Next for me… I’m currently working on the remake of the French film A Prophet, currently titled American Son. I’m doing that with Paramount Pictures. We’re in pre- pre- pre-production at the moment until we come out of this pandemic, so we’re casting and we’re working on the script, just putting some final touches to it, and we should hopefully be filming at the end of this year. 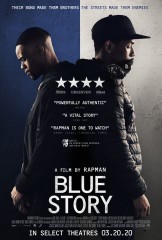