What’s Next For The Batman?

We break down six storylines from the comics that either were hinted at in The Batman or would provide inspiration for an amazing sequel.

The Batman opened strong in the beginning of March 2022 and conjecture about a sequel immediately followed. Warner Bros. Pictures picked up on the momentum and announced a sequel during their subsequent CinemaCon presentation that April. But as that announcement only covered the return of star Robert Pattinson and director Matt Reeves, speculation about the sequel is still wide open Of course, those who saw the film in theaters or on HBO Max in more recent days will know about a super obvious set-up for The Batman’s next outing. But we also spotted a few other moments in the film that could lead to the sequel, subsequent films, or even a spin-off. And speaking of spin-offs, The Batman already has three proposed TV shows emerging from our first glimpse of this Gotham City. So with all that in mind, let’s ponder what’s next for the world of The Batman. Along the way, we’ll also be mentioning some Batman comic book stories that could be used as starting points – much like the way The Batman has its roots in Batman: The Long Halloween and Batman: Ego.

[WARNING: SPOILERS FOR THE BATMAN AHEAD] 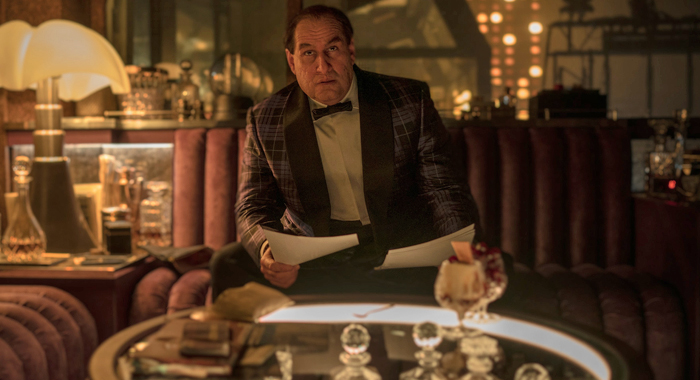 This 1999 event storyline across all of the then-ongoing Batman titles saw Gotham City booted from the United States after a devastating earthquake. Batman and his allies try to provide resources and sanity even as the island is carved up among power players and gang wars plague those stuck within city limits.

It is easy to see some echo of No Man’s Land in the destruction of the seawalls during The Batman’s closing act and the Batman’s final narration, which hints that the power vacuum in town will be a concern in the sequel. It is also easy to see the rebuilding of Gotham co-opted by Penguin (Colin Farrell) and his gang emerging at the top of the heap. Of course, there is always room for various other factions – like the Jokeresque street gang from the start of the film, the mobbed-up element in the Gotham City Police, and even the Maronis – to threaten the Penguin supremacy and make the Batman’s life that much tougher. In fact, with so much of the mob still intact (more or less) at the end of The Batman, we’d be surprised if it’s the last we hear of the Falcone family. He had children, after all, who might be interested in Penguin’s activities. Come to think it, they’d make good targets for Selina (Zoë Kravitz) as well. 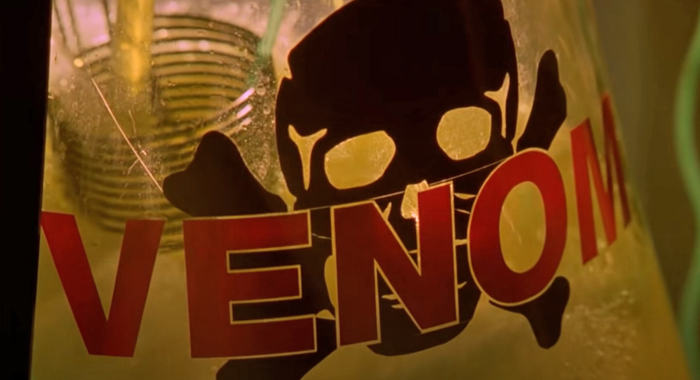 Published in Legends of the Dark Knight from March-to-July 1991, this story by legendary Batman writer Denny O’Neil, artists Russell Braun and José Luis Garcia-Lopez, and others is set in the early days of Batman’s career and saw the Dark Knight becoming addicted to a performance-enhancing drug known as Venom after he fails to save the life of its developer’s daughter. It gives him an edge, but also pulls him closer to the edge Batman must avoid. Ultimately, he was able to kick the habit, but Venom would return across the years, most famously powering Bane when he arrived in Gotham to break the Bat.

Despite the good intentions the Batman espouses at the end of the film, it is easy to see how he might have an addictive personality and suffer the sorts of doubts Batman experiences in Venom. And if our hunch is correct, he is already using the drug. Remember that booster he gives himself in the Gotham Square Garden’s rafters before he absolutely wails on that Riddler wannabe? The close-ups to a green fluid and the way Selina and Gordon (Jeffrey Wright) regard the Batman’s rage sure feel like setups for a possible Venom story in the sequel (though it’s easy to imagine the drug being renamed to avoid brand confusion with the crosstown rivals).

The Man Who Laughs 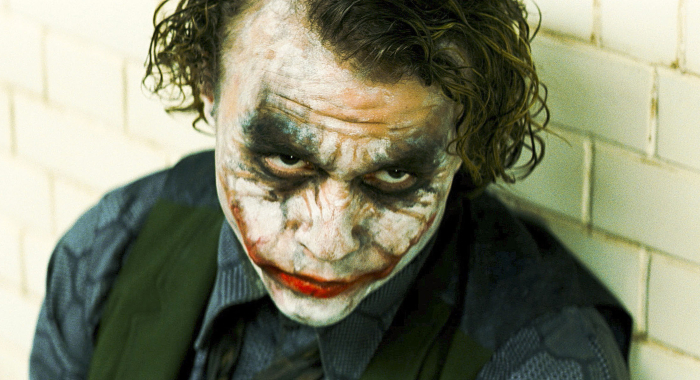 Ed Brubaker and Doug Mahnke retell Batman’s first encounter with the Joker (way back in 1940’s Batman #1) with a modern context in this 2005 one-shot comic.

Let’s face it: Joker is inevitable. In fact, it feels like we’ve already met him in the context of The Batman via Riddler’s (Paul Dano) final conversation with a fellow Arkham inmate. Based on that interaction and the few glimpses we get of the unnamed Arkham prisoner (Barry Keoghan), it is possible this incarnation of the Clown Prince of Crime will take his cues from the New 52 Joker, who famously had his face surgically removed in 2011’s restart of Detective Comics.

How he might be deployed in The Batman’s world is anyone’s guess. We’ve already seen the chaotic Joker in The Dark Knight and, to some extent, Joker. Perhaps this one, despite his scars, will switch to a more theatrical presentation – presenting the Batman with various deathtraps as he tries to do his new pal, Riddler, a solid. As it turns out, an earlier scene cut from the film established that Keoghan’s inmate and the Batman already know each other with Reeves later confirming the character is the Joker before he takes on his costume. The Riddler’s new friendship may merely be part of the murderous clown’s second act. Another possibility: taking cues from the recent Three Jokers miniseries, the Batman could discover his ultimate adversary is more than one person.

Admittedly, returning to the Joker this fast feels a little uninspired. But considering the way Reeves and co-writer Peter Craig used elements from the same sources as The Dark Knight in very different ways, it is possible their Joker could be a very refreshing revamp. 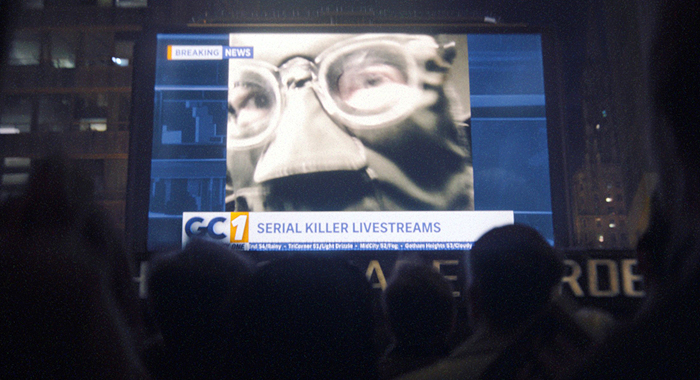 Told in the pages of Batman across 2002 and 2003, this story by Jeph Loeb, Jim Lee, and Scott Williams saw the Riddler discovering Batman’s true identity and teaming up with Bruce Wayne’s childhood friend, Thomas Elliot (who ends up going by “Hush”), to absolutely ruin the lives of both the Dark Knight and his alter ego.

So, for a moment, let’s assume Keoghan is not the Joker, but another faceless member of Batman’s rogues gallery. Well before the final conversation at Arkham, Riddler releases a video to the media suggesting Thomas Wayne (Luke Roberts) had newspaper reporter Edward Elliot murdered. If the name — Hush’s great-great-grandfather in the comics — wasn’t enough of a hook, Riddler straight up puts the word “Hush” across the screen over a photo of the reporter. That friend in Arkham, who riddles as well as the Riddler, could be a version of Thomas Elliot who lost his face when Edward was murdered by Carmine Falcone (John Turturro). Together, the two could learn that Batman and Bruce Wayne are one and the same and dedicate themselves to tearing down every aspect of him utterly. For the Riddler, it would be about missing the Batman’s identity even as it was in plain sight. For Elliot, it would be a more deep-seated resentment that could also unravel further secrets within Gotham’s aristocracy for those looking for a Court of Owls connection.

Also, it should be said that the original Hush story further developed Batman and Selina’s relationship into an almost actual relationship, and we already saw the seeds of that in The Batman.

While the Joker is the person sitting in that cell — Reeves outright said so — Hush would be a refreshing change and a direct follow-up on the Riddler’s allegations about the Wayne Family. Could the Batman handle another shock to his assumptions about Thomas and Martha (Stella Stocker)?

A Death in the Family 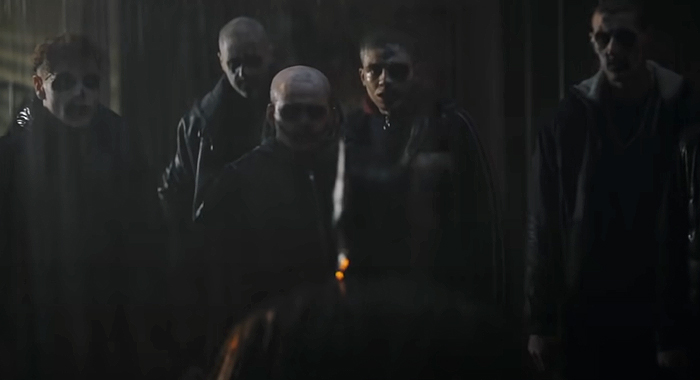 The legendary 1988 Batman story by Jim Starlin, Jim Aparo, and Mike DeCarlo saw the Joker killing Jason Todd, the second Robin, and Batman confronting how far he will go for vengeance.

Early in The Batman, we see the Caped Crusader fight a gang painted to look vaguely like Joker goons. But one in their number is reticent to either beat up an innocent man as part of his initiation or take on the Batman once the fight starts; Bruce responds to this by letting him go unharmed. What if that kid (Jay Lycurgo) was Jason Todd, the second boy to be Robin?

In the context of stories emerging from the film, moving straight to Jason makes the most sense for a number of reasons. Based on Batman’s voiceover at the end of the film, he’s going to need help in the coming war. That kid on the train station platform could have the chops and the moral leanings to be a good soldier. Ultimately, though, his failings could also lead him to a fateful meeting with the Joker. Thematically, it would be interesting to test just how much this Batman is willing to sacrifice for his mission, and Jason would be a great test of the character. Also, it could give us the first great Robin story in the history of live-action Batman movies.

Also, as it happens, Lycurgo currently plays Tim Drake — the third Robin — over on HBO Max’s Titans, which could lead to a very different Robin story and a curious Multiversal connection for The Batman. 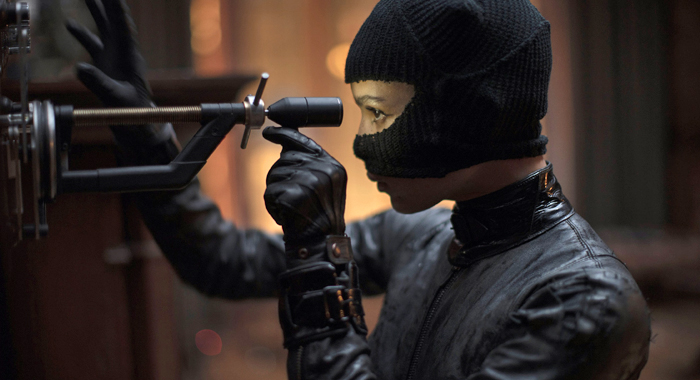 This 2002 one-shot by the late (and amazing) Darwyn Cooke saw Selina shedding her Catwoman persona to heist a money train bound for Montreal. It all goes badly, of course, but she manages to do right by the members of her crew.

To an extent, this is our “wishful thinking” entry. Kravitz is so great as Selina in The Batman that we can see her leading her own film, and what better way to differentiate it from The Batman than by putting her in a classic heist picture? Brighter and poppier, it could also explore why she would ever choose to come back to Gotham. Alternatively, it could give her a new supporting cast and status quo for subsequent Catwoman films. Provided they all survive the heist, of course.

While we’d love to see Selina’s story continue in feature films, Reeves recently mentioned “talking” to HBO Max about continuing her story there. In fact, The Batman director seems interested in building out The Batman‘s world via HBO Max. A program focused on the Gotham City Police Department was announced in July in 2020, but has since evolved into a show about Arkham Asylum. That said, his comments suggest he and the streaming platform have very different ideas about the GCPD that they may both return to some day. Additionally, Reeves is also developing a series focused on the Penguin’s rise to power.