We're putting more info right where you want it and adding more features to help you make your viewing decisions.

From today, keen-eyed Rotten Tomatoes users will notice some changes to the information at the top of our movie pages.

MORE INFO AT THE TOP

Firstly, we’ve added a few key things to our “score box” – the rectangular module that showcases the Tomatometer and Audience Scores – to help you get straight to the info you want about the film or show you’re considering watching. You’ll now see the release year, genre, and runtimes right there, just above the scores, with the MPAA rating coming soon.

The new streamlined look also features prominent links to critic and audience reviews: just click the hyperlinked number of ratings below each score and see what professional reviewers as well as our users have to say.

WHERE DID THE SCORE DETAILS GO?

We know some of you like to go deep on the data, and you might be wondering where the “See Score Details” option went. Don’t worry: You can still get all that good granular stuff – number of Fresh and Rotten reviews, average rating, Top Critics’ score – just by clicking on the Tomatometer and Audience Score itself. 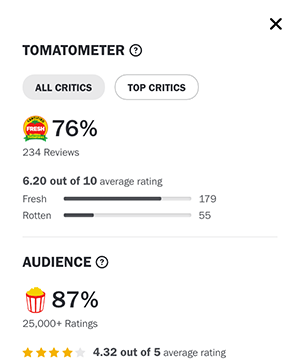 THE NEW “WHAT TO KNOW” SECTION

You might also notice that the “Critics Consensus” – a quick and handy summary of what critics are saying about a title – has been moved into a new “What to Know” section just below the scores. That’s where we’re also featuring a new complementary feature to the Critics Consensus called “Audience Says.”

“Audience Says” is a short blurb that summarizes what fans think of a movie, drawing on common points made in user reviews written for the title. Want to know, at a glance, whether audiences think a film is funny, scary, disappointing, or mindblowing? Check it out. 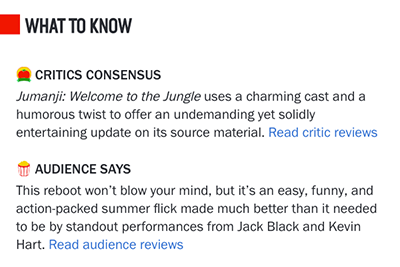 Plus, if we become aware of any external factors impacting the Audience Score and user reviews, such as a controversy affecting sentiment around a title, we may address that in the Audience Says blurb – all in an effort to equip you with the best and most relevant info to help make your viewing choices.

Note that for now we will only have Audience Says blurbs for new films with a significant number of user reviews; we will not initially have them for older movies, nor for TV and streaming seasons or episodes. But: Watch this space.

As always, we will continue to revise and revamp our tools and design to help make our info-packed pages as useful as possible. Poke around and familiarize yourself with the latest changes. 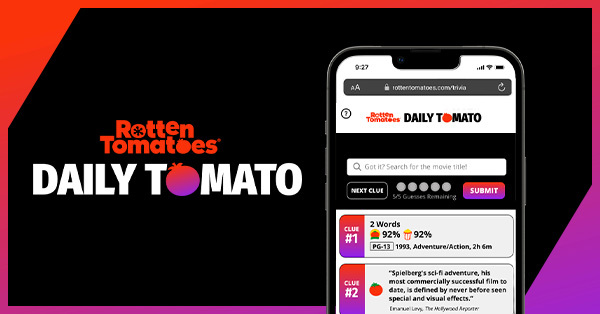 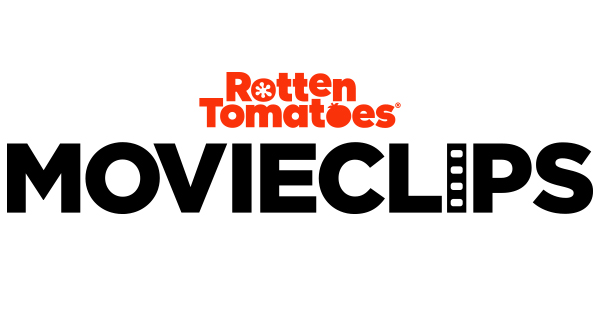