A seven-year time jump breathes fresh life into the new season of Westworld, which continues to explore concepts of free will and ask the question, “Can humans and hosts coexist peacefully?” Spoiler: It's complicated.

It’s time to return to Westworld, HBO’s high-concept science fiction series that continues to expand upon the original idea from Michael Crichton’s 1973 cult film. By the looks of things, the show that made us all question if we were “white hat” or “black hat” continues its futuristic exploration of free will. This time, however, overreaching corporate interests, the proliferation of personal data, and the mission to achieve freedom add new layers to each character’s journey.

During the show’s third season, Westworld stepped outside of Delos Incorporated’s immersive cowboy attraction to explore the bigger reality that exists in Los Angeles. In turn, new characters were introduced, the story canon deepened, and the stakes were raised even higher. 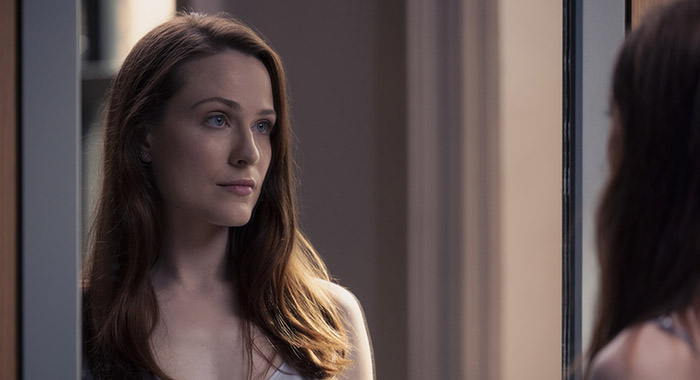 Dolores (Evan Rachel Wood) took the vengeful Wyatt narrative to new heights with the goal of wiping out humanity once-and-for-all and found an unlikely partner in blue-collar war vet Caleb (Aaron Paul); Maeve (Thandiwe Newton) made it her mission to stop Wyatt, no matter the cost; Bernard (Jeffrey Wright) and Stubbs ( Luke Hemsworth) forged a buddy cop–style relationship with a goal of breaking their own shackles from Delos’ control; and Charlotte Hale (Tessa Thompson) asserted dominance over Man in Black (Ed Harris), putting in motion an insidious plan that will continue to take shape in season 4.

Rotten Tomatoes talked with co-creator Lisa Joy and the show’s cast to get a clearer picture of what fans should expect once the show returns. Here are 5 things you should know about Westworld season 4: 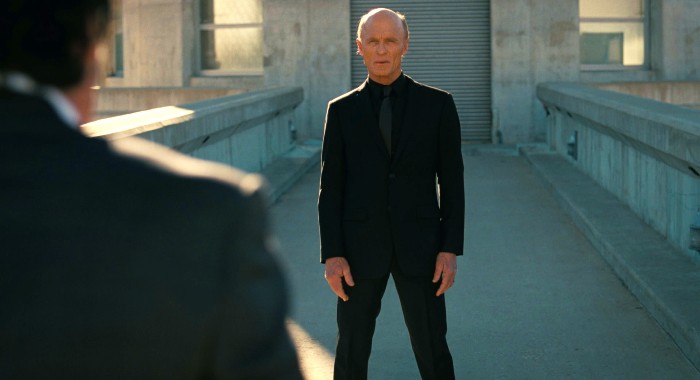 Season 4 jumps forward seven years from the events that took place in last season’s finale. The war between humans and hosts is officially over. And, as Joy put it, “It is ostensibly a time of peace.” That said, the issues of the past are still ruminating right under the surface and the question persists: Can humans and hosts co-exist peacefully in the real world?

“I think [hosts] are questioning their own adherence to the more human aspects of themselves,” Joy continued. “There’s no reason why a host needs to look like a human, needs to have sex, or have a gender like a human … there’s no reason they have to be bipedal. These are all traits that they have inherited from their flawed forefathers and foremothers. So, I think it’s really a question of, Who am I? How much of it have I inherited? How much of it is imposed upon me by society? What’s left, by which I can exert my control over the world?”

2. Caleb is now a family man who is haunted by the past. 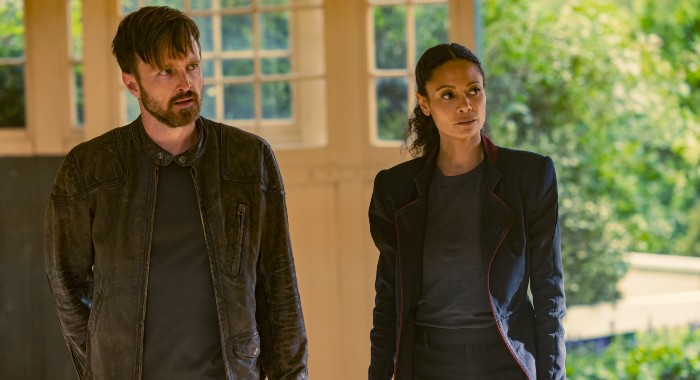 At the beginning of season 4, Caleb is back working at the blue-collar job he was toiling away at when audiences were first introduced to him two years ago. The violence is over, humanity survived, and by all accounts, society is thriving. But, as Paul revealed, “He has a sneaky suspicion that the war is, in fact, not over.”

The last we saw Caleb, he was in his element, on the battlefield, fighting alongside Maeve to save the world. Seven years later, different priorities inform his every move. Caleb is now a husband and father. Having this family dynamic at home profoundly impacts his actions. According to Paul, season 4 was a personal experience for him.

“His heart is outside of his chest,” he continued. “And so he feels forced to go and continue to fight. But having a child of his own, it makes things much more difficult. And me relating to that character in such a big way, it was impossible not to have my own sort of inner emotions kind of peek through.”

3. Charlotte Hale and the Man in Black are still up to no good. 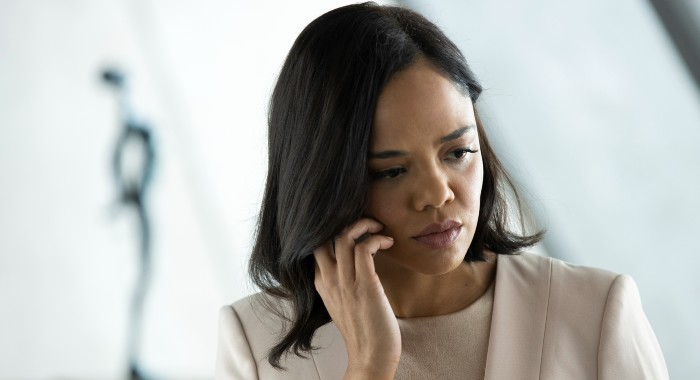 To avoid revealing spoiler-related details about the big threat this season, Joy and the cast kept many details close to the vest, but one thing is for certain: Charlotte Hale is still doing bad things. Let’s remember, Hale was revealed to be a copy of Dolores in season 3. And when Dolores became Wyatt, her sheer hatred for the human race sent her on a mission to burn everything, and everyone, to the ground.

“For my part, I guess Hale’s been devising a game with which to enroll these lovely cohorts,” Tessa Thompson said with a laugh, nodding to a few castmates, including Harris.

It really wouldn’t be Westworld without Harris’s steely-eyed performance as murderous gunslinger, William – aka the Man in Black.

The actor revealed that this time around, the Man in Black is operating under different programming.

“He’s now currently enrolled in Hale’s game,” he hinted. “So, he’s following orders. I’m a hired gun and, pretty much in season 4, am kind of doing her bidding.”

4. Bernard and Stubbs buddy up again to save the world. 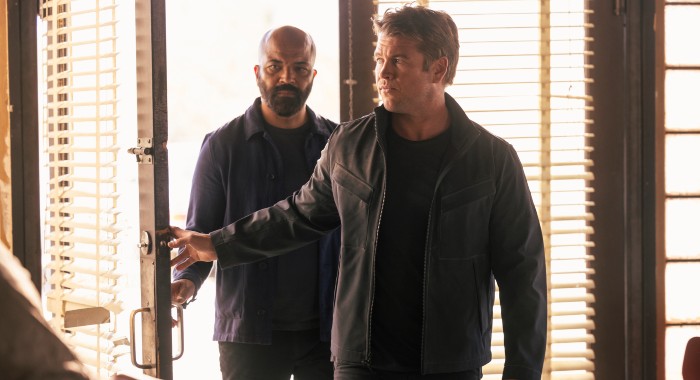 In the post credit sequence of season 3’s finale, we got a glimpse of Bernard, covered in a thick layer of dust, still sitting, motionless on the motel room bed. As that tease suggested, the show wouldn’t just be jumping forward in time, but Bernard’s storyline wasn’t finished.

“He’s dustier, dirtier, and needs a bit of an oil can,” Wright said of his character. “I think when we find him at the beginning of this new journey, he’s a bit clearer than he’s been in the past, and he continues to be on this pursuit toward freedom – freedom for himself and freedom for his fellow hosts. He’s still on this mission for the greater good. But, now he’s empowered in a way that I don’t think we’ve seen Bernard. Now, he’s a bit freer and a bit stronger, we’ll see how much trouble he gets into as a result of that.”

Thankfully, Stubbs is still there to manage that trouble.

“He’s evolving as a sentient being,” Hemsworth added, “and realizing that, perhaps, playing Bernard’s lackey is not all it’s cracked up to be.”

5. A parasitic threat is at the center of the season’s conflict. 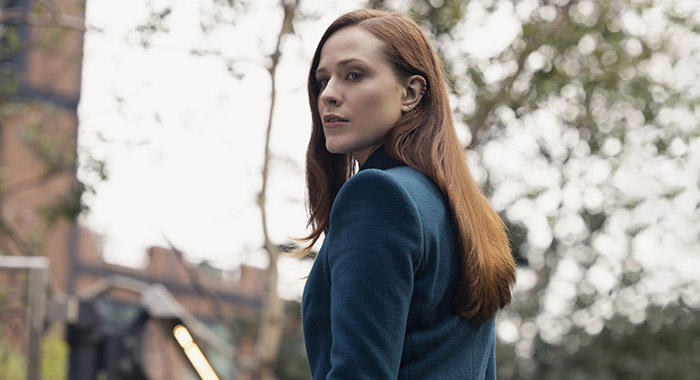 Joy describes a new threat at the center of season 4  as “parasitic,” a word that can apply to the themes of the new episodes in a number of ways. Joy said the COVID-19 pandemic played a big part in shaping the overall conflict.

“We’re coming out of a time where we’ve all been in lockdown, and we’ve had this terrible pandemic,” she continued. “And what I like to think, though, is that we’ve actually had two pandemics: One is the Coronavirus, and two is, in our isolation and quarantines, we really had to rely very heavily on technology, including social media, to kind of get us through. There is a sort of parasitic effect that can have on the mind. It’s become very divisive. It’s harder to tell real news from fiction and propaganda. And, for younger kids who are growing up with these influences, I think it can really affect confidence, worldview, and self view.” 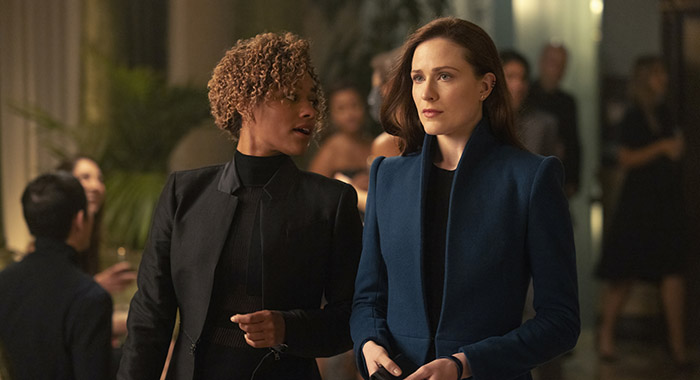 Evan Rachel Wood, who returns as a mysterious new character, agrees. This season finds her character struggling with “conspiracy theory brain,” she revealed.

“One of the things that my character is dealing with this season,” she said, “is that tightrope you walk with the conspiracy theory brain of like, Is it more crazy to think there’s something else going on? Or, is it more crazy to just kind of blindly follow along and assume that everybody has good intentions, and that social media is only being used for good?”

Joy continued: “It can cause great damage to people, psychologically. So, it’s kind of like a synthetic virus that has spread during the Coronavirus that has attacked our collective psyches. That’s something that interests me as a thematic exploration.”