Meanwhile, Infinity War Continues to Make History on the weekend of May 25-28.

by Todd Cunningham | May 28, 2018 | Comments
Solo: A Star Wars Story opened to underwhelming $103 million to lead the North American box office over the Memorial Day long weekend, the lowest debut for a Star Wars movie since Attack of the Clones in 2002. With apologies to Shakespeare – a phrase you don’t hear so often at RT – Disney and Lucasfilm  appear to have been hoisted upon their own lightsaber, guilty of overestimating the appeal of a Han Solo origin saga and underestimating the strength of holdover hits Deadpool 2 and Marvel’s Avengers: Infinity War.

King of the Crop: Solo For the Win, But Can It Make a Profit?

Solo‘s domestic haul is the biggest Memorial Day opening since 2014, when X-Men: Days of Future Past brought in $114 million. That sounds impressive, and it is, but less so when you consider that Disney’s aggressive pre-release projections ranged as high as $150 million, and the film’s mammoth price tag, which is likely well north of $400 million for production and global marketing. 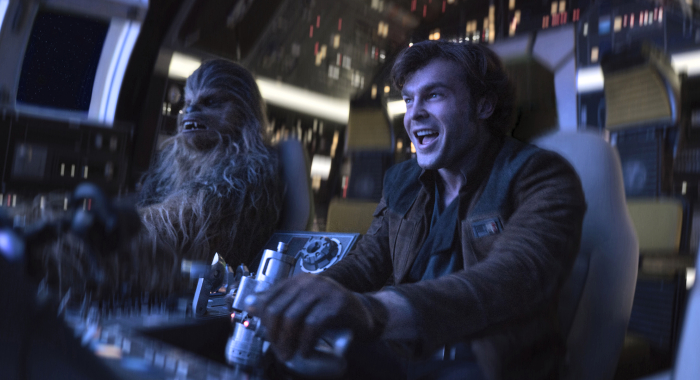 Making matters worse is that Solo has failed to strongly connect internationally and won’t be offsetting its soft domestic debut with strong foreign performance to get into the black, as many films do. Opening in every major territory except Japan, it managed just $65 million overseas. Star Wars movies have always been far more popular in the United States than abroad, but that Solo number isn’t even half of the $135 million that the franchise’s previous anthology film, Rogue One: A Star Wars Movie, rolled up in its overseas debut in December of 2016.

The movie, loaded with costly reshoots after original directors Chris Miller and Phil Lord were dismissed last year, currently has a 70 percent Tomatometer rating — Fresh, but still the lowest for a live-action Star Wars film since the prequels. Opening weekend fans gave Solo, directed by Ron Howard, an A- in CinemaScore’s exit polling (it also currently has a positive Audience Score on RT). However, despite a cast that includes buzzy stars like Donald Glover and Thandie Newton, the film played older (64% over 25) and male (58 percent).

Big competition: It’s Hard To Escape the Aftershocks of Deadpool 2 and Infinity War 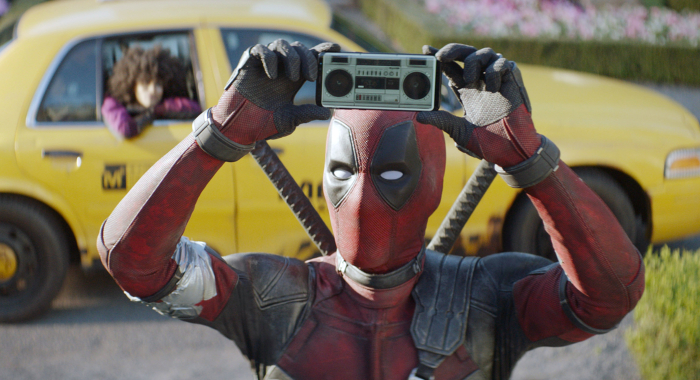 There is going to be plenty of speculation over the causes of Solo‘s softer-than-expected opening. Was Disney overly aggressive in rolling out Solo in May, rather than around the holidays in December like the last three Star Wars releases? (It would be up against its own Mary Poppins Returns if it had.) It’s been just five months since The Last Jedi came out and it remained in budget theaters until just weeks ago.

Did it not give the competition wide enough berth? Fox’s Deadpool 2, in its second week, and Disney’s own Marvel release, Avengers: Infinity War, both targeted the same audience demographic and connected. The good news was that, driven by the top three films, the holiday weekend was up a whopping 24% from last year. The bad news, at least for Solo, might have been the impact of the overlap.

Weekend runner-up Deadpool 2 will finish around $54 million for the four days domestically, and nearly topped Solo overseas with $57 million. It’s up to $287 million from abroad and $487 million worldwide for Fox. Avengers: Infinity War was third with a projected $21 million over the long weekend, and in the process passed 2012’s The Avengers on the all-time domestic box office list with $627 million. It’s now sixth. The $32 million it brought in overseas lifted its foreign total to $1.3 billion and its worldwide total to $1.9 billion, the fourth-best ever.

Paramount’s Book Club was fourth with $12 million in its second weekend. That figure didn’t threaten the intergalactic smugglers and men in tights at the top of the heap, but it was a strong hold from its debut weekend, and did bring the total for the comedy starring Jane Fonda, Diane Keaton, Candice Bergen, and Mary Steenburgen to $35 million. 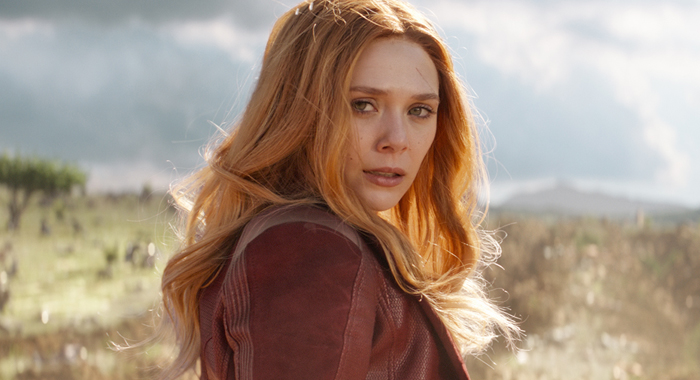 While Solo has underperformed so far, Disney’s swing-for-the-fences approach has been working for its franchises. They don’t directly compare, but it’s worth noting that February’s Black Panther came out just over three months after Thor: Ragnarok, and that one did OK ($1.3 billion worldwide). And Infinity War followed a few months later with Black Panther still in theaters.

It’s an overall go-for-it approach that has paid huge dividends since the Star Wars franchise was resuscitated in 2015 with The Force Awakens, and with Marvel, and Disney isn’t about to back off from its plans to expand the Star Wars galaxy now. There is the Rian Johnson film trilogy in the works, another trilogy from Game of Thrones showrunners David Benioff and D.B. Weiss, as well as the Jon Favreau live-action TV series, and a Boba Fett film.

Fresh surprises: A Priest and a Judge Expand, and Audiences Respond 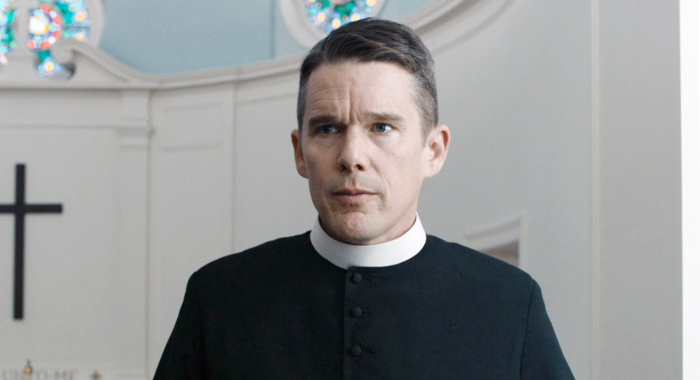 RBG and First Reformed, two movies at the opposite end of the subject-matter spectrum from Solo, each with glossy Tomatometer ratings (94% and 98% respectively), counter-punched the space fantasy over the weekend. RBG, a documentary about Supreme Court Justice Ruth Bader Ginsburg, directed by Betsy West and Julie Cohen, expanded by 40 to 415 theaters and cracked the top 10 domestically once again with $1.6 million for distributor Magnolia. That raised its overall total to $6.1 million after four weeks. First Reformed, director Paul Schrader’s intense crisis of faith drama starring Ethan Hawke, which is one of the year’s best-reviewed movies, added 25 locations and took in $282,507 for a strong $9,742 per-screen average in its second week. That lifted its domestic total to $425,469 for A24.

On the Vine: Expect A Familiar-Looking Top Three 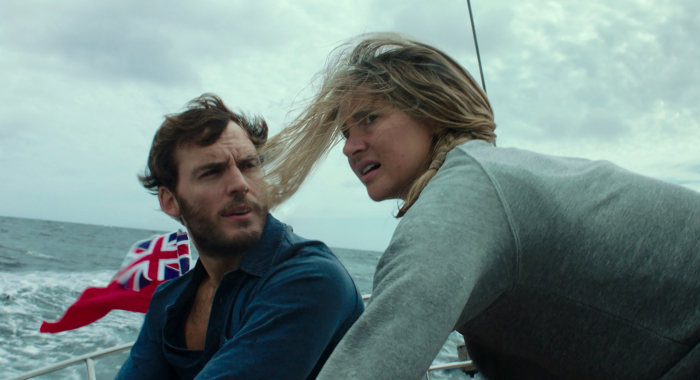 The upcoming weekend likely will see the holiday weekend’s leaders vie for the top spot again. The new releases are the Johnny Knoxville comedy Action Point, the Shailene Woodley-Sam Claflin drama Adrift, and writer-director Lee Whanell’s thriller Upgrade. Keep an eye on the latter — RT audiences have given it a 97% Want To See score. Then, in two weeks time, two new films open to test the box office in two different ways. Will Ocean’s 8 be the all-female heist hit that some are hoping? And will A24’s critically acclaimed horror film, Hereditary, which some are dubbing the best scary movie since The Exorcist, be the breakout indie hit some are expecting?