We Killed John Carpenter on Twitter and He Was Pissed, but We're Cool Now

The horror icon accepted our apology, then chatted with us about the upcoming Halloween sequel, VR technology, and his gaming habits. 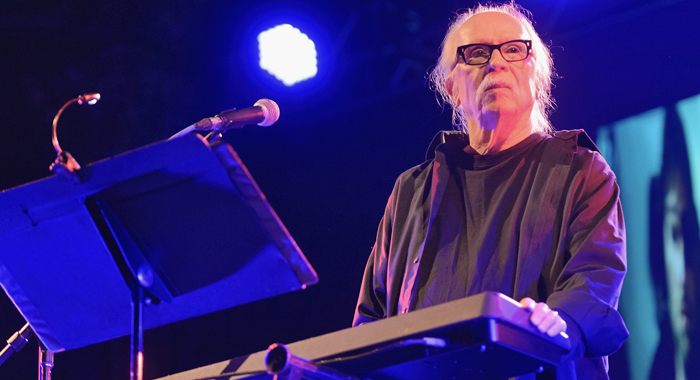 A couple of weeks ago, January 16 marked the 70th birthday of John Carpenter, the celebrated director of a number of genre classics like Halloween, The Thing, Escape from New York, Big Trouble in Little China, and They Live, just to name a few. Unfortunately, amid a flurry of planning for a day-long celebration of Carpenter’s works, we erroneously tweeted about him as if he were no longer with us. Carpenter, who had recently been touring to celebrate the release of an anthology of his film scores, noticed our little slip-up and saw fit to remind us that he was very much alive, and several other outlets picked up on that, forcing us to reckon with our not-so-minor brain fart.

In an admittedly feeble attempt to atone for our grave oversight, we decided to reach out to Mr. Carpenter by phone and apologize for the gaffe, and he graciously accepted. We also took the opportunity to pick his brain about his upcoming return to the Halloween franchise (as producer and composer), the influence of his early composing work, the recently announced Oscar nominations, his thoughts on VR, and his favorite hobby, video games.

Anthony Alicea for Rotten Tomatoes: First off, I was the one who made that unfortunate tweet. I want to apologize for that.

John Carpenter: Why did you not check and see if I was alive? Did you get me confused with Wes Craven or somebody like that?

RT: I had been talking about you earlier in the week, and someone brought up that it was your birthday, and I thought, “Oh my god, it’s his birthday.” I was so concerned with it being your 70th birthday. I had a whole day planned to celebrate it, with graphics and articles, and I was so excited. That was my focus, and nothing else.

RT: What did you think when you saw it?

Carpenter: Well immediately I thought, “Okay, they’ve gotten me confused with somebody else.” And probably Wes Craven. And it just pissed me off, that’s all. It irritated me, it irritated me. You know, what the hell.

Carpenter: That’s okay. Hey, it was fun. So what do you want to talk about? 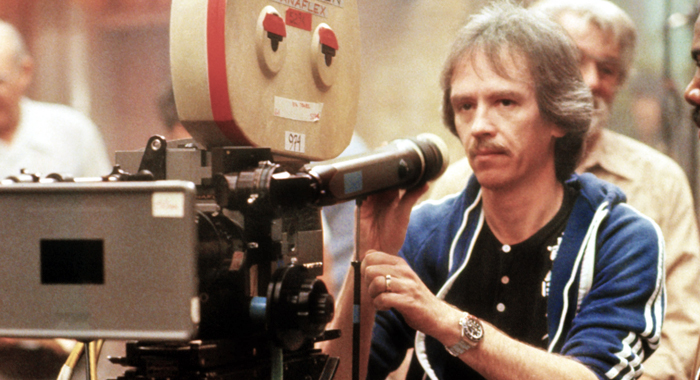 RT: Well, the 40th anniversary of Halloween is coming up in October, and you’re working on the new film. How did you get involved with the project?

Carpenter: Well, they asked me. You know, the rights went back to Miramax and Malek Akkad talked to me and he wanted me to do something. And then Jason Blum, who’s the biggest horror producer in Hollywood, talked to me. He was going to produce it. They were willing to pay me, which is always a good thing, so I said yes.

You know, I talked about the Halloweens for a long time, the sequels — I haven’t even seen all of them. I don’t even know what really was there — but finally it occurred to me: Well if I’m just flapping my gums here, talking about it, why don’t I try to make it as good as I can? I could offer advice. I could talk to the director. I like the director very much. I like the script. So, you know, stop throwing rocks from the sidelines and get in there and try to do something positive.

Carpenter: Well, I just met them. They came over to my office, we talked about what they wanted to do with Halloween, and I liked what they had to say. So, off we go. They said they wanted me to do the music, so I said, “Well, okay,” but I’m going to take my son and godson along with me on that one.

RT: We did notice it was announced you’d be composing for the film. That’s official, then?

RT: Do you have any ideas what you might want to do with the music yet?

Carpenter: Well, you see, as a composer you have to wait until the director has his cut done, and sit down with him and do a spotting session. I gotta find out what kind of music he wants. Does he want all new? Does he want to refurbish some of the older stuff? Does he want a combination? You know, what does he want? It’s his movie now. I’m just the little worker bee helping.

RT: Is there anything that you’re really excited for fans to see with this new direction?

Carpenter: Anytime Jamie Lee is back, I think it’s a plus. She has a great part in this new one. Just a great part. I’m excited about that.

RT: What was it like working with her on the original? 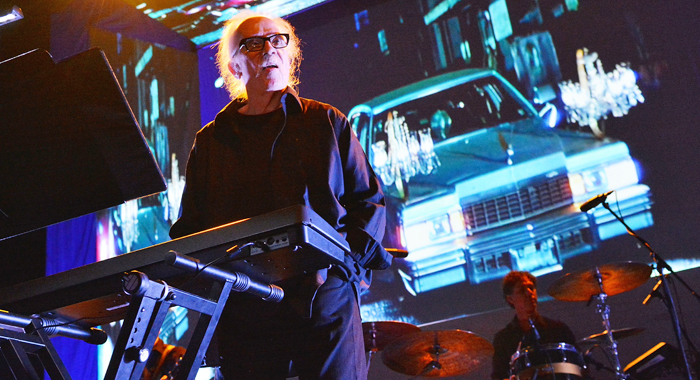 RT: What else have you been up to lately?

Carpenter: I’ve been doing a musical tour — I don’t know if you heard about that — so that involves a lot of music recently. It’s been a lot of fun and we just put out an album, the anthology album, which is a nostalgic deal. It’s all the themes from my movies, and we recorded them and then performed them live in a bunch of places. So that’s a lot of fun. I mean, it’s just a blast touring, and we got a great band.

RT: What’s it like to hear film and TV scores these days that sort of pay homage to your film scores? A number of them seem to be influenced by the soundtracks you crafted particularly for your earlier movies.

Carpenter: You know, I haven’t really heard one yet. I saw a preview of Stranger Things — I haven’t watched it. It didn’t sound anything like me. And I’m not sure which ones people are talking about. As far as I can see, nobody scores movies like I do. They just don’t. They don’t even try to do it the way I do it, which is fine. If you point out something to me, I’ll take a listen to it.

RT: If not Stranger Things, like you mentioned, what have you been watching? Were there any movies in 2017 that stood out to you?

RT: Did you get a chance to look at the Oscar nominations that came out earlier today?

Carpenter: Oh, no. So what’s the story?

RT: Get Out was also nominated for Best Picture.

RT: It’s not often a horror film gets nominated for Best Picture.

Carpenter: It’s great! I tell you, that’s the genius of Jason Blum. Oh, I don’t know, what am I talking about? I’m happy, really happy. I think that’s terrific. 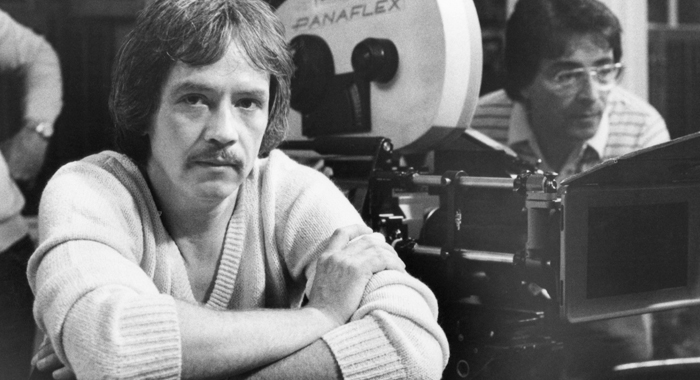 RT: As an icon of the genre, what do you think about this current resurgence of horror films?

Carpenter: I was doing music for several years here, so I’ve been busy. I wasn’t thinking about that. I’ve watched the movies they’ve sent out every year, the screeners for the Academy. I enjoy those. I get to catch up on some of the mainstream stuff. But the horror stuff, I don’t. There’s so many horror films being made at all sorts of levels. There’s just so many of them. And I’m sure a bunch of them are really good. I just don’t take the time to find out.

RT: You’ve done episodes for Masters of Horror in the past, and I don’t know if you’ve heard of Black Mirror…

RT: Would you ever be interested in creating an episode for that series?

Carpenter: Oh, I don’t know about that. I’d direct one. I’m working on some TV stuff with the Universal cable production. I don’t have anything ready to talk about yet, but we’ve got a couple projects cooking around. One of them is — we’ll see if it can come to fruition — one of them is based on a comic book that we put out called Tales from a Halloween Night.

RT: Oh, this is the one you were working on with SyFy?

Carpenter: Oh, I love it. That’s what I’m doing right now, and you’re keeping me from it. 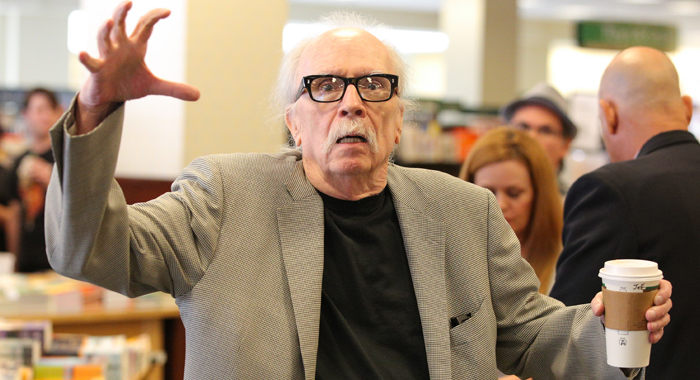 RT: What are you playing?

RT: That game is amazing.

Carpenter: Man, it’s something else. Did you get the add-on? It’s great, too. The DLC is good. And oh, what the hell, I played Prey. I enjoyed that. That’s a really interesting game. Destiny 2, yeah, I enjoy it. I enjoy that game. It’s fun.

RT: Do you own all the consoles, down to the Nintendo Switch?

Carpenter: I don’t have a Switch. I have the PlayStation 4, I have a XBOX 360, XBOX One, but I don’t have the Nintendo game. I’m a fan of the XBOX 360. That’s the old school. I love the controllers, everything. But the PlayStation 4 is good, too. I mean, they’re all great. Everybody’s great in the world. There’s no problems in the world. Don’t you guys realize that? Everyone is wonderful. Everyone is special in their own way.

RT: I appreciate that, even after what I’ve done.

Carpenter: That’s, of course, not true at all, but I’m saying it anyway.

RT: Have you had any experience with VR or AR?

Carpenter: Yes, yes I have. I went over to… I can’t remember the company. They gave me a little tour and, you know, they’ve got some problems with it. So far it’s not ready to go, but there’s potential there, sort of, but it’s not very clear. It’s really blurry, at least from what I saw. 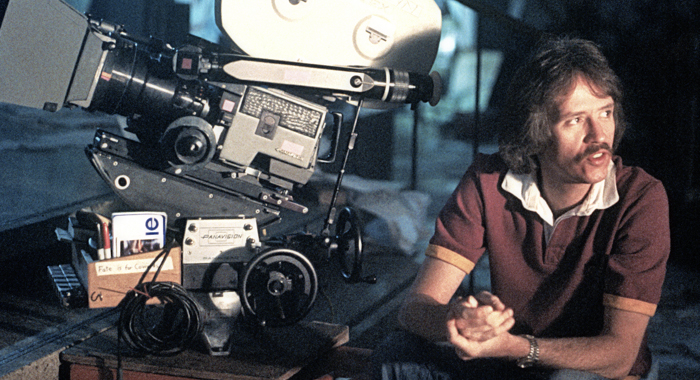 Carpenter: Well, it’s sort of impressive, but they have some problems. You can’t move too fast or I guess you throw up on the controller. I don’t know. Anyway, when they get it all perfected and they come up with a great game, then I’ll think about it.

RT: What about a VR movie? Do you think we’ll get there one day?

Carpenter: I’ve just never been that interested in that stuff, you know. There was a 3D craze when I was a little kid, in movies. So I saw one. It made a real impact on me back then, but I don’t care about that s—. Come on, don’t want to wear things, glasses and stuff, and things coming out of the screen. Come on, come on now. That’s just me. That’s just me. I’m the old guy who sits on the porch with a stick. You come by and I’ll try to hit you.

RT: Well thank you for your time. We just wanted to get on the phone with you and sort of make amends for what happened last week.

Carpenter: Don’t worry about a thing. Worry about nothing. And it’s all good. It’s all fun.

Halloween is currently slated to open on October 19 of this year, and you can pick up the John Carpenter Anthology of Movie Themes here or wherever music is sold.