Vince Gilligan wants you to stop throwing pizzas on the Breaking Bad house. No, seriously, stop. Also this week in TV news, we learn about Hannibal Buress’ new Comedy Central series, a cab-driver who caught his big break on House of Cards, Matthew Weiner’s Hitchcockian inspirations for Mad Men, and a Firefly reunion in the works (kinda)!

In an interview on the “Better Call Saul Insider” podcast this week, Breaking Bad creator Vince Gilligan said that people need to stop throwing pizzas on the Walter White house in Albuquerque, NM. Fans of the show will remember a scene from an episode in season three, in which Walter (Bryan Cranston), in his frustration, throws a pizza which lands perfectly on the roof of his house. Since then, the real-life house has been plagued with flung pizzas. “They’re throwing pizzas on roofs and stuff like that,” Gilligan said. “Let me tell you: There is nothing funny or original or cool about throwing pizzas on this lady’s roof. It is just not funny. It’s been done before. You’re not the first.” Fran Padila, the owner of the home-turned-tourist-attraction told CBS News, “If you’re going to be a jerk, stay the hell away.” Seems reasonable enough?

Comic Hannibal Burress, who plays Lincoln on Comedy Central’s cult hit Broad City, has landed his own eight-episode series order at Comedy Central called Why? With Hannibal Buress? According to a statement from the network, Buress will be “answering the burning questions on his mind through stand-up, filmed segments, man-on-the-street interviews, and special in-studio guests.” The show will be taped in front of a live studio audience and is set to premiere this July. “Hannibal keeps asking us ‘why’ so we just told him to go find out and we’ll air it,” Kent Alterman of Comedy Central stated, to which Buress added: “I’m extremely excited to help Comedy Central sell advertising.”

House of Cards Actor Gigs as a New York Cabbie

As reported by the New York Post, House of Cards actor Alexander Sokovikov took a hiatus from his regular gig, driving a New York yellow taxi, to play a five-episode arc as Russian ambassador Alexi Moryakov on House of Cards. In the buzzed-about bathroom scene in the fifth episode of season three, Claire Underwood (Robin Wright) beckons Moryakov to the ladies room where she makes quite the power play. This was the second role Russian-born Sokovikov auditioned for on House of Cards this year, having also tried out for Russian president Petrov. When he’s not acting, Sokovikov drives a cab full-time around Gotham. “I am an actor,” he told the Post. “I am not a cab driver who acts. I am an actor who drives a cab.” An actor who takes his résumé, headshots, and reel with him whenever he goes because, hey, if you can make it there, you can make it anywhere.

As part of a new Mad Men exhibition at the Museum of the Moving Image in Astoria, NY, creator Matthew Weiner curated 10 classic films that inspired AMC’s breakout hit. Among the list are two films by Alfred Hitchcock: Vertigo and North By Northwest. “[North by Northwest] became an important influence on the pilot because it was shot in New York City, right around the time the first episode takes place,” Weiner said. “While more overtly stylized than we wanted to imitate, we felt the low angles and contemporary feel were a useful reflection of our artistic mindset.” With regard to Vertigo, Weiner told the Moving Image, “I remember watching the camera dolly-in on Kim Novak’s hair and thinking, ‘this is exactly what we are trying to do. Vertigo feels like you are watching someone else’s dream.” Click here to see the full list of films. The final season of Mad Men returns Sunday, Apr. 5, on AMC.

There’s a Firefly Reunion on the Horizon (Sort Of)

Good news for Browncoats! After Tuesday’s announcement about their new crowd-funded web series Con Man, Firefly stars Nathan Fillion and Alan Tudyk have already reached their fundraising goals — and then some. According to the campaign page on IndiGoGo, the duo of the short-lived 2002 sci-fi series has hit a mark of $1.4 million in just two days (they only asked for $425,000). Con Man, pitched as a series of 10- to 12-minute episodes, will be about fictitious actors of a cancelled outer-space show called Spectrum who spend a lot of time at comic book conventions. The series will also star fellow Firefly alums Gina Torres (Zoe) and Sean Maher (Dr. Simon Tam), as well as Amy Acker, Felicia Day, and Seth Green. Guardians of the Galaxy director James Gunn is also expected to make an appearance. For more info, watch the video here. 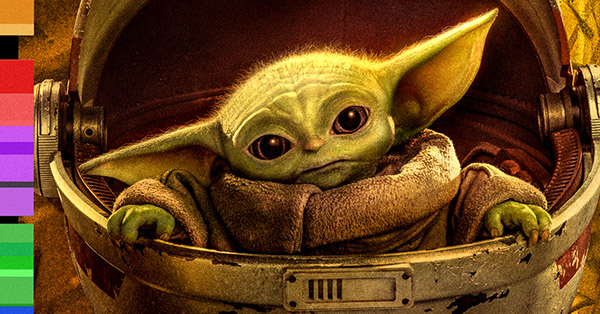 Binge Guide: 5 Things to Watch If You Love The Mandalorian