The changes will see new platforms and hundreds of new voices added to the Tomatometer. 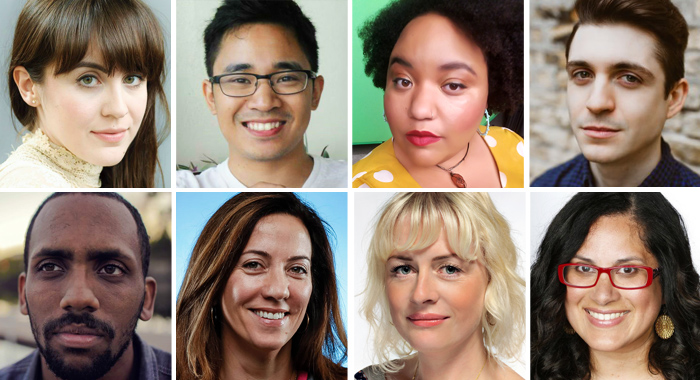 Ever wondered how the Tomatometer gets made? Well, this week we’re peeling back the layers of the onion ­– and apologizing for our mixed fruit-and-veg metaphors – to give you a Fresh look at the process, and some changes we’re making to it.

Keen followers of Rotten Tomatoes probably know how we get Tomatometer scores for movies and TV shows, but for the uninitiated, here’s a quick rundown: When a movie comes out, we collect Tomatometer-approved critics’ reviews of that movie, note which are Fresh and which are Rotten (that’s RT speak for positive and negative), and calculate the overall percentage of reviews that are Fresh. This is the movie’s Tomatometer score. The same goes for TV and streaming shows, though we also calculate season and episode scores. ­You can find out more about the process, and things like our Certified Fresh designation, here.

Who are these critics, though? And how do we select which critics to include when generating the Tomatometer? That’s the question we’ve addressed with our refreshed Critics Criteria.

When Rotten Tomatoes began, just over 20 years ago, the media landscape was a much different place – weekend newspapers were fat with ads, the iPhone was but a twinkle in Steve Jobs’ eye, YouTube was six years away from disrupting basically everything, Netflix was snail-mailing DVDs to early adopters, and Siskel and Ebert were still on the air every week wagging their kingmaking thumbs. Rotten Tomatoes was conceived in that era, and our first set of criteria for the critics whose reviews we would count towards the Tomatometer reflected it. There was an emphasis on major publications and market-leading broadcasters, on staff positions and broad audience reach.

In the intervening decades, a lot has changed. By some estimates, the total daily circulation of newspapers in America has fallen by half, and the size of the newspaper workforce has been reduced by more than a third with the subsequent drop in revenue; broadcast TV and radio stations have faced similar challenges with the rise of cable, online news, streaming, podcasts, and YouTube. Often, the Arts Desk has been the first place to suffer cuts when things get tough – traditional full-time arts journalism jobs, let alone full-time working critics, are a rarity today.

At the same time, new kinds of critics emerged, innovative thinkers and commentators who have seized on new platforms, developed their own sites and publications, or forged strong freelance careers, to have their voices heard. Many of these voices went unheard when traditional media was at its dominant prime, and too many still go unheard today.

In revamping our Critics Criteria, we sought to bring the criteria into better alignment with the way media works today, to promote the inclusion of more voices that reflect the varied groups of people who consume entertainment, and to maintain the high standards we’ve always set for inclusion in the group of Tomatometer-approved critics.

When assessing applications from those wishing to be a Tomatometer-approved critic, or a Tomatometer-approved publication, we now take into consideration four key values as well as a revised set of eligibility requirements. These values are Insight, Audience, Quality, and Dedication, and you can find a full breakdown of each value here.

On our critics page, you can meet some of the critics who embody these values, among them more than 200 critics who have been Tomatometer-approved as of today. And stay tuned, because we will be adding hundreds more as the year goes on. We’ll be regularly updating the Critic Spotlight section of the page with new critic profiles, including links to their work and social media profiles – you may just find your next favorite podcaster, writer, or vlogger there.

One key thing to note on the value of “Audience” is that while we still seek critics and publications with a wide reach, we also give weight to those applicants whose coverage may be less wide-reaching, but which serves underrepresented groups. Similarly, elements of our eligibility requirements that in the past proved obstacles for some insightful and dedicated self-published individuals and freelancers have been rethought to align with the way many are working today. Our requirements have also been updated to reflect the growing number of platforms and different types of media on which people are sharing their movie and TV reviews.

One thing that hasn’t changed is our dedication to quality film and TV criticism, held to high standards, and to ensuring the integrity of the Tomatometer and its usefulness for movie and TV fans.

You can find out more about Tomatometer-approved critics here, and apply to become one here.