Creator Little Marvin asks what's scarier: a mysterious sound in the basement or a neighbor glaring at your house?

The most disturbingly brilliant thing about Amazon Prime Video’s new anthology series Them might just be its perfect title.

The horror series premieres April 9 on the streaming service and aims to explore America’s history of discriminating against (and sometimes physically assaulting) people of marginalized backgrounds. The first season is set in 1950s Compton, California, when a Black family from North Carolina moves into the shiny, new — and very white — Los Angeles neighborhood. Just who, exactly, constitutes a them simply depends on which side of the driveway you stand. 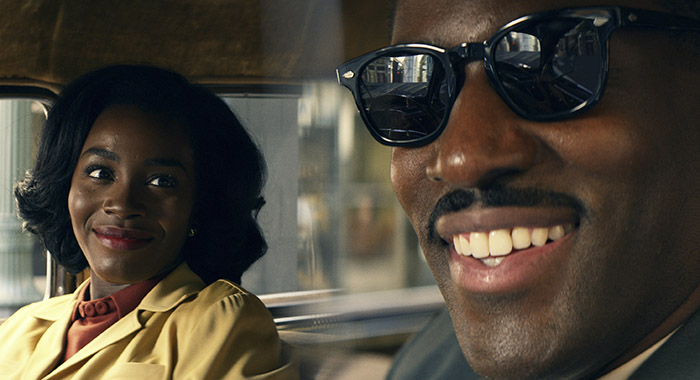 Deborah Ayorinde stars as Lucky Emory, a homemaker and mother going through her own loss who is uncomfortable with her husband Henry’s (Ashley Thomas) plans to move the family across the country. Ayorinde, a British-born person of Nigerian descent who moved to the U.S. as a child, told Rotten Tomatoes that she understood the title immediately.

“Here’s the thing: we live in a world where people are actually terrified of being them,” she said. “So what they do is they tend to highlight other people as them, for lack of a better phrase, so that people will not pay attention to their own ways to which they are different.” 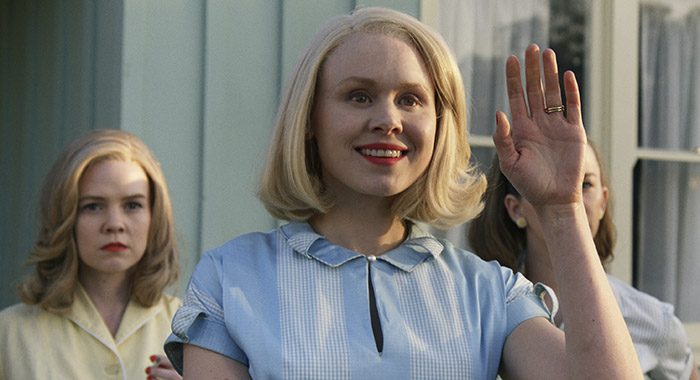 The all-too familiar antagonist of the first season of Them is Alison Pill’s Betty Wendell, the blonde, white, and self-appointed queen bee of the block’s (not-so) welcoming committee. She rules the neighborhood bridge parties with well-manicured exactness and everyone knows that there’s no way the desserts she brings to the potluck came from Vons. Just try not to mention what Betty believes to be her one imperfection: that she and her husband Clarke (Liam McIntyre) cannot have children. Sending her minions after the Emorys when the new family moves to town secures Betty’s power.

But the title’s definition could also mean something … supernatural. Or spooky. Or suspenseful. And, sometimes in Them, it’s all of those things and then some. Soon the audience, and Lucky and her family, begin to wonder how much of eerie and unfortunate stuff is really happening and how much of it is the circumstances of their living situation. After all, we’re told from the very beginning that this is a story about a family who lives in a house for only 10 days.

“We always had a question in the writers’ room, which we would ask ourselves a lot, which was: ‘What scares us most: that sound in the basement that you can’t explain? Or that neighbor from down the street who has been staring at your house every single day?’” series creator Little Marvin said. “And in our collective experience, it’s usually always that neighbor … I find human beings to be deeply scary. I think rooting the terror in something deeply human was our very first impulse.

“I’m not particularly interested in just empty jumpscares for the sake of jumpscares,” said the series creator, who goes by “LM” on second reference. “I like things that feel emotionally rich, and then let the horror kind of come from there.”

He said the thesis for the anthology is “this idea that, since the dawn of this country … there’s always been them. There’s always been the folk who have been subjected to the sort of ire and suspicion and paranoia, and frankly, hatred and terror, of the dominant folk.” 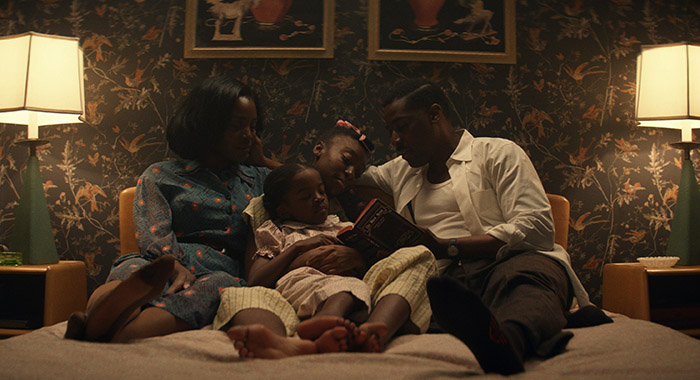 As a Black man, LM said it made sense to explore “the terror of being Black” for season 1. Focusing on the post-World War II economic boom of 1953 also fit because it was when home ownership became attainable for the middle class.

But, LM added, “as Black folks know, the dream of home ownership has been anything but. [So] I wanted to definitely go back and peel apart the floorboards and look at the roots of that particular nightmare.”

The look and sounds of the show are also unique in that they look period — but not the period you’d imagine. The music is anachronistic, in part, LM said because “no offense to musicians in 1953, but that was a deeply sh—y year for music.”

“We set out to make a show about the ’50s that felt like it was shot in the ’60s or ’70s. And by doing that, it allowed us to think about the way we framed, the way we shot and the way we styled. But, also, the soundscape and the music that we used,” LM said.

Telling a story that takes place only over a week and a half “creates an instant pressure cooker,” LM said. Not only does it keep the pace moving, but it also gave the writers “the time and the space to dig in on a day and to live with these characters as they’re maneuvering and navigating their lives every day.” 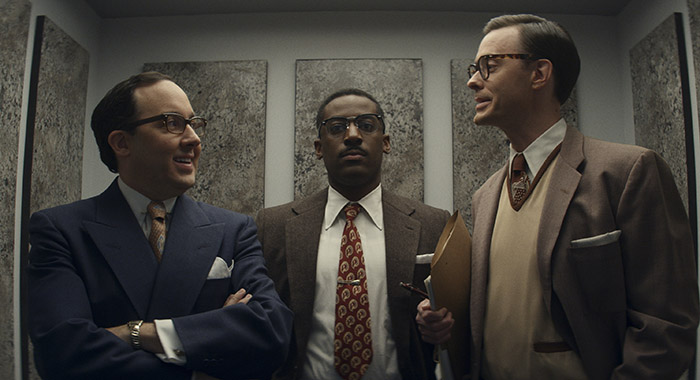 This also created an intense experience for the actors. Stars Ayorinde and Thomas said they were only given four of the scripts at first, meaning that they didn’t know what was real or imaginary either. She said that LM would frequently talk to her on set, not just about how her character, Lucky, would be doing but how she was handling it all.

Thomas said he liked that his Henry was an upwardly mobile engineer and veteran, and that he was battling the very real issue of PTSD while also being “a character that was multi-layered and nuanced who loved his family unconditionally” who was “present emotionally and present physically.”

The hard part for him was unpacking his own privilege of living in modern society and “making sure that I played the restraint correctly.”

“I had to make sure that I stripped away my ego to play the character and service the character,” Thomas explained. “I can afford to react differently to something in 2021, 2022, 2023 than someone can in 1953 when it is literally the difference between life and death.” 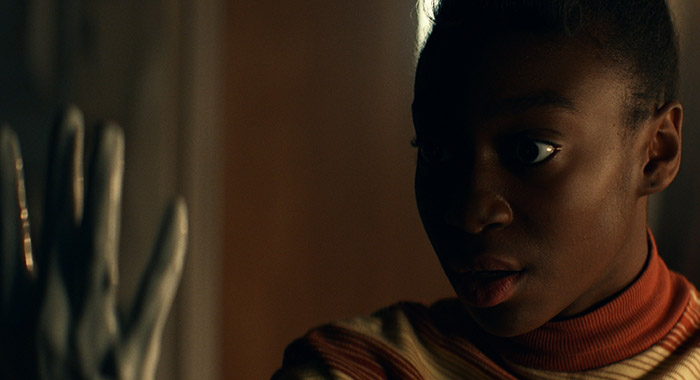 These are all weighty topics, particularly given the current political climate. The show was accused of mining Black trauma after a trailer was released in March — especially since Lena Waithe, one of its executive producers, is also the creator of the Showtime drama The Chi. It also, inevitably, was compared to Jordan Peele’s 2019 horror film Us, both because of the title and because they each feature actress Shahadi Wright Joseph as a strong-willed eldest child.

LM said that the word “them” was the first one that came to his mind when he was conceiving a name for the project — something that happened before he’d heard of Us. He also claims the casting was also coincidental; he was busy making a TV show and didn’t have time to concentrate on when the movie’s hiring was announced.

And while neither Thomas nor Ayorinde say they know if (or how) they’d be in a second season of the anthology, LM says the plan is for “the people and the time period and the place will be different every season.”

“As we move forward in our progression of the anthology, the hope is to take folks who have been historically marginalized or pushed to the sides of those frames and really center them in their own tales of American terror every year,” he said.

Unfortunately, there are plenty of them out there.

Them premieres on Friday, April 9 on Amazon Prime Video.