The new season of Netflix's fantasy novel adaptation is a crowd-pleaser. It improves on the production value and corrects season 1’s narrative wrongs, making it a thoroughly fun watch, critics say.

The Witcher brought loads of hype when it first premiered on Netflix in 2019. Based on the books by Polish author Andrzej Sapkowski that also spawned the wildly popular video game series, the show explores the adventures of Geralt of Rivia (Henry Cavill), the brooding, monster-fighting hero at the center of the franchise. Images of a shirtless, wig-wearing Cavill obviously helped stoke the interest for the series, which many were already calling Netflix’s answer to Game of Thrones.

The first run of episodes featured a collection of confusing timelines and a whole load of expositional world-building for those unfamiliar with the source material, leading to what began as a Rotten Tomatometer score that has since recovered to 68% (as of this publication).

With season 2 of the series set to premiere on next week, questions remain regarding the show’s future at the streamer. Does The Witcher‘s sophomore installment fix the issues many had with season 1? The cast joining Cavill in season 2 — which kicked off with a 100% on the Tomatometer — includes Freya Allan, Jodhi May, Björn Hlynur Haraldsson, MyAnna Buring, Eamon Farren, Joey Batey, Simon Callow, Basil Eidenbenz, Chris Fulton, and Graham McTavish.

Here’s what critics are saying about The Witcher season 2:

HOW DOES IT COMPARE TO SEASON 1? 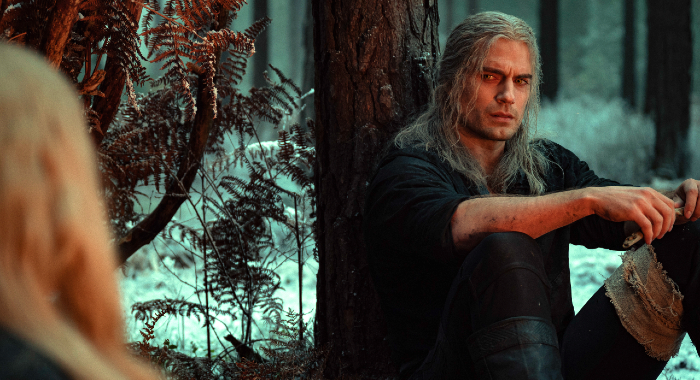 Not only do the first six episodes of The Witcher season 2’s eight-episode arc confirm Schmidt Hissrich made good on her promise of more straightforward storytelling, but the second season also allows for a more rewarding sophomore arc as the series shifts focus to its characters instead of its continuity. – Rick Marshall, Digital Trends

The wonky timeline, in hindsight, was an intriguing aspect of the first season, but often felt jarring on the first watch. The second season relies heavier on the bond between characters rather than solely on their destiny to be tied to each other. – Therese Lacson, Nerdophiles

Season 2, which comes to Netflix on December 17, seems to not only have learned from the missteps of its predecessor but is even willing to gently poke fun at itself in the process — and its once-taciturn White Wolf who’s starting to feel even more three-dimensional. – Carly Lane, Collider

Season 2 attempts to up the fantasy stakes by focusing on some of the bigger, more existential questions about The Witcher universe, from the origins of monsters to why a young princess’s screams create earthquakes. The result is a show that has a more ambitious, epic feel and one that also loses some of the personality that made it such a hit in the first place. – Andrew Webster, The Verge

HOW ARE HENRY CAVILL AND FREYA ALLAN? 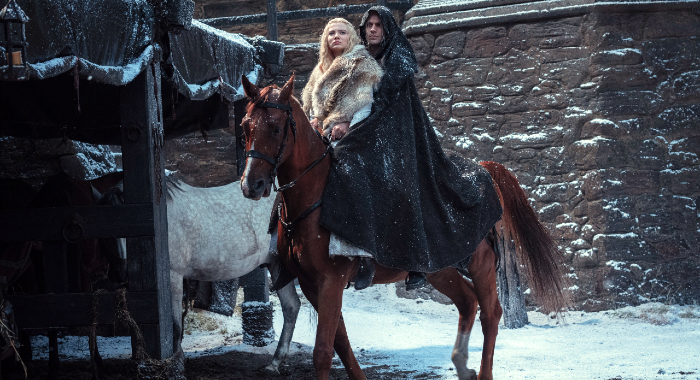 The biggest strength for this fantasy show follow-up, and the one that kept me returning for all six episodes given out, is the found family it offers in Geralt and Ciri as they settle into familiarity and trust with one another — with Cavill and Allan effectively playing the kind of duo worth building a long-running franchise around. – Carly Lane, Collider

Unfortunately, one of the casualties of The Witcher’s new sense of seralization is Geralt himself: Cavill’s still a gruff heap of fun in the role, and his new dynamic with Ciri brings out a protective streak in him we’ve never seen before. – Clint Worthington, Consequence

Actress Freya Allen’s portrayal of the Child Surprise is alternately fierce and vulnerable, buoyed by Henry Cavill’s characteristically excellent work as Geralt. She drives almost all of this season’s most interesting developments even as the story steadily expands its scope. – Kat Bailey, IGN Movies

Elsewhere, there are plenty of other welcome additions. Kim Bodnia’s Vesemir acts as Geralt’s mentor and is a paradoxical beacon of warmth and trepidation. Fans of the third Witcher game, Wild Hunt, will revel in the Danish actor’s portrayal. Two antagonistic forces – fire mage Rience (Bridgerton’s Chris Fulton) and spymaster Dijkstra (Graham McTavish) also pop in to propel a fairly aimless middle third of the season, while Cahrir (Eamon Farren) undergoes a far more meaningful arc than the one-note glowering crusader he was prior to the Battle of Sodden. – Bradley Russell, Total Film

As for the new characters, Kim Bodnia, so effective as Konstantin in Killing Eve, does a fine job as Vesemir, Geralt’s mentor and father figure in the witchering business, even if his character is rather thinly drawn, and Mecia Simson is charismatic as uncompromising elven sorceress Francesca Findabair. – Boyd Hilton, Empire Magazine

HOW IS THE WORLD-BUILDING THIS TIME AROUND? 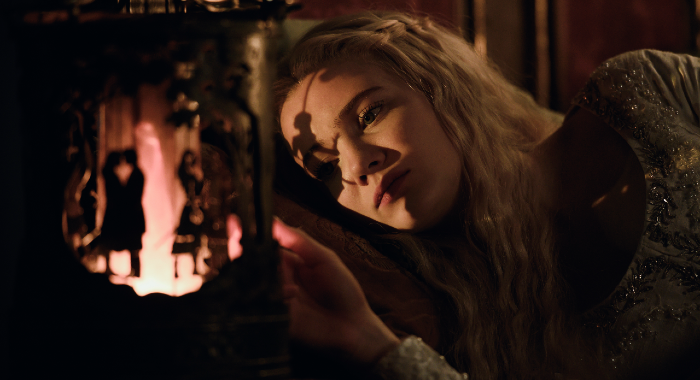 That’s not to say there isn’t heaps of backstory and world-building to still keep track of, and it saddles itself with an ever-expanding cast of characters who have an alarming tendency to get lost in the shuffle of the first six episodes that were made available for review. But when it zeroes in on its central trio—Henry Cavill’s Geralt of Rivia, Freya Allan’s Princess Cirilla, and Anya Chalotra’s Yennefer of Vengerberg—and when it lets Geralt’s sword sing against the terrible roars of some fell beast, that’s when The Witcher operates at the heights of its powers. – Jerrod Jones, AV Club

That panache is visible in the very design of The Witcher. The colours have a brightness that at times feel almost like a comic book. Every character is lit with the audience’s eyesight in mind (more than can be said for the raft of shows so dark they need to be watched with head torch equipped). All of this allows the viewers to see the beautiful, expensive landscapes, and the equally beautiful, expensive cast, who seem to have been assembled as a super group of high cheekbones, the Cream of bone structure. – Nick Hilton, Independent (UK)

It’s a compelling world, but that has more to do with the source material than the actual writing in the show, which still relies too much on exposition for its worldbuilding. – Kat Bailey, IGN Movies

WHAT ABOUT THE SPECIAL EFFECTS? 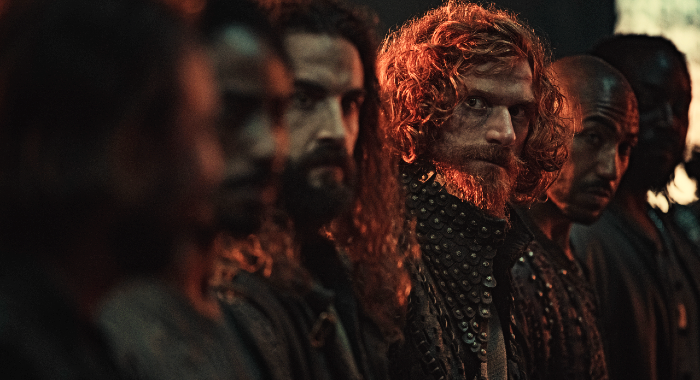 Geralt, at least, does play to his strengths and finds time to clash with some fearsome monsters and beasts as a terrifying new threat emerges on The Continent. The special effects in these fight scenes are also a step up this year, as are the production values, sets, and props. – Bradley Russell, Total Film

The Witcher Season 2 also showcases a larger budget with grander set pieces and vastly improved visual effects. Battlefields look tragically war-torn, and monsters are genuinely creepy. Then there is the variety of exciting-looking locations, like Kaer Morhen, Oxenfurt, and Gors Velen. For the most part, these locations feel alive and fleshed out. – Narayan Liu, CBR

The battle scenes are just as epic as you’d expect, not to mention all those extra coins the finance team have thrown over to the special effects department. – David Opie, Digital Spy

HOW IS THE SEASON’S OVERALL TONE? 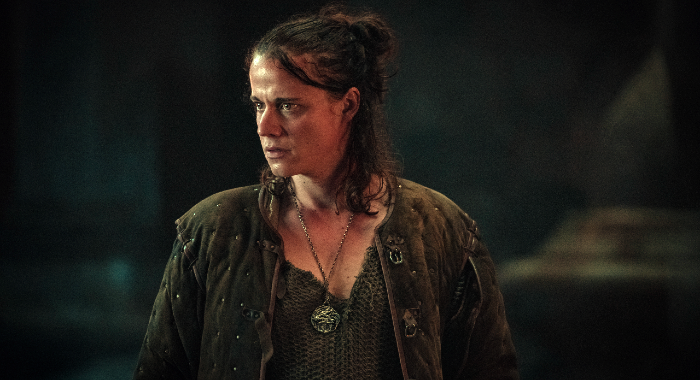 The Witcher is full of political intrigue and fantasy drama, but a core part of the appeal is also all of the sex and jokes. Season 2 is missing both. – Andrew Webster, The Verge

When Season 2 delves into political intrigue and magical mysteries, the show’s flaws and uncertainty in adapting Sapkowski’s work become clear. In a lot of ways, the show is faithful to the events and details of the novels — particularly Blood of Elves, which inspires the bulk of the season. However, fans of the novels will likely find that the deeper, more complex meanings at the core of characters or events have either been watered down or lost completely in the television adaptation. – Narayan Liu, CBR

Season 2 begins with a gory, mystery-creature attack, complete with severed limbs being hurled through the air. It could be the opening of a pretty effective monster movie, and when the deployment of these beasts takes the show into out-and-out horror territory, it’s often on firmer ground than when it’s trying to be funny. Some of the banter between the carousing Witcher dudes at the castle, for example, is frankly excruciating. – Boyd Hilton, Empire Magazine 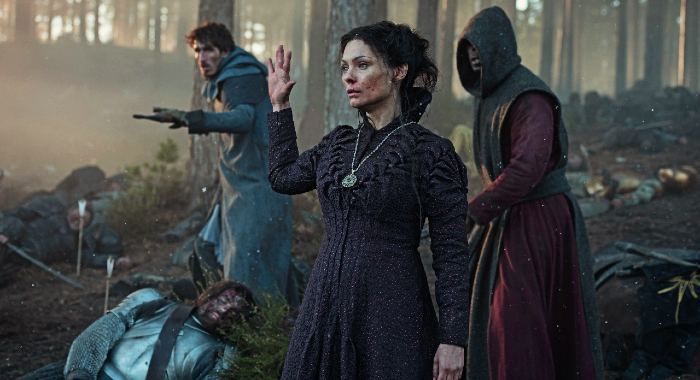 It’s still inconsistent at the best of times, but The Witcher remains a light and entertaining adventure through a unique fantasy world. – Kat Bailey, IGN Movies

This unified vision for The Witcher ends up having a positive effect on other aspects of the season, too, giving you more time to focus on its richly developed characters and the fascinating world they inhabit instead of trying to make sense of the timeline. – Rick Marshall, Digital Trends

The second season has great momentum that keeps it moving forward, along with an even more well-rounded cast than before. But it also felt like the show was slowly moving away from much of what made it so distinct. – Andrew Webster, The Verge

In a world where high fantasy needs to take itself seriously in order to be taken seriously, The Witcher just about manages to be something quite rare: fun. – Nick Hilton, Independent (UK)