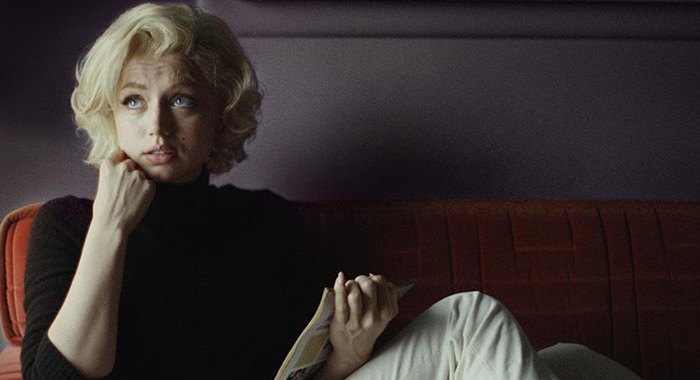 Founded in 1932 — only five years into the Sound Era — The Venice Film Festival is the world’s oldest film festival. Like The Cannes Film Festival, Venice has a juried main competition of around 20 films, a sidebar section, and then another few dozen films that screen out of competition. And this year is no different. The main competition slate features 23 films vying for the coveted Golden Lion, and the seven-person jury is led by Oscar-winning actress Julianne Moore. Noah Baumbach’s White Noise will open the festival, and we have singled out more than a few titles as ones to watch for the upcoming award season or niche picks that just might be your next great watch when they reach audiences.

In the march up to Oscar night, Venice is one of the early crucial stops, along with the Telluride Film Festival and Toronto Film Festival. All three fests start either a few days before or a few days after Labor Day, and collectively they’re considered the unofficial kickoff to awards season. Indeed, 11 of the last 15 Best Picture winners have premiered at one of those three fests, including five that premiered at Venice: Nomadland, The Shape of Water, Spotlight, Birdman, and The Hurt Locker. 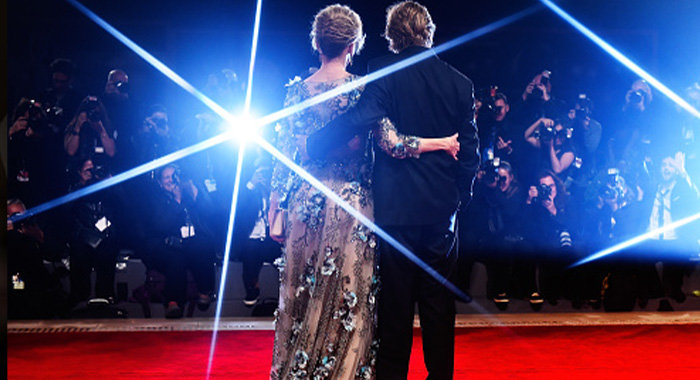 But Venice’s immense legacy to cinema goes both beyond the Oscars, and beyond the recent past, with countless all-timers having premiered there over the years, including The Power of the Dog, Marriage Story, Roma, The Favourite, A Star is Born, La La Land, Gravity, The Master, Black Swan, Brokeback Mountain, Three Colors: Blue, Belle de Jour, Battle of Algiers, Ivan’s Childhood, and Rashomon (the latter of which helped provoke the creation of the Best International Film Oscar category).

With this vast history in mind, what are some of this year’s Venice offerings that could one day find their place on the above list? Here’s our breakdown of all the noteworthy titles set to premiere at the Venice Film Festival and what we know:

Venice is known for drawing big stars to the idyllic festival setting, and last year’s attendees included Kristen Stewart, Brad Pitt, Lady Gaga, and Oscar Isaac. This year we can expect to see Harry Styles and Olivia Wilde walking the red carpet together, as well as Timothée Chalamet, Florence Pugh, and Ana de Armas, among many others, and the paps are already foaming to get a shot of each of them riding the iconic motor boats on the way to their glitzy premieres.

Few films slated to debut at this year’s fall festivals are as feverishly anticipated as the biopic Blonde, based on the novel by Joyce Carol Oates and starring Ana de Armas as a fictionalized Marilyn Monroe. Controversy is bound to be rampant with the Netflix original film, for everything from the “graphic sexual content” that merited the film’s NC-17 rating to how much of de Armas’ Cuban accent can be detected. Blonde also stars Adrien Brody and Bobby Cannavale as two of Monroe’s famous husbands.

Also premiering at Venice, the Harry Styles and Florence Pugh “period” thriller Don’t Worry Darling. In it, the pair play a perfect 1950s suburban couple whose idyllic existence is actually a facade, and the product of a mysterious company. Provocative auteur Darren Aronofsky is also back at Venice with his first film since 2017’s mother!, and his new one might be similarly polarizing. The Whale stars Brendan Fraser as a 600-pound man trying to reconnect with his teenage daughter played by Stranger Things standout Sadie Sink.

We are also keeping an eye out for Luca Guadagnino’s Bones and All. Continuing his dalliance with horror that began with 2018’s Suspiria, Guadagnino is back with a film being described as a cannibalistic love story. Timothée Chalamet (who became a star working with Guadagnino in 2017’s Call Me By Your Name) and Taylor Russell play the two young lovers (and, presumably, cannibals) in question, while the cast also features Mark Rylance, Michael Stuhlbarg, and André Holland. 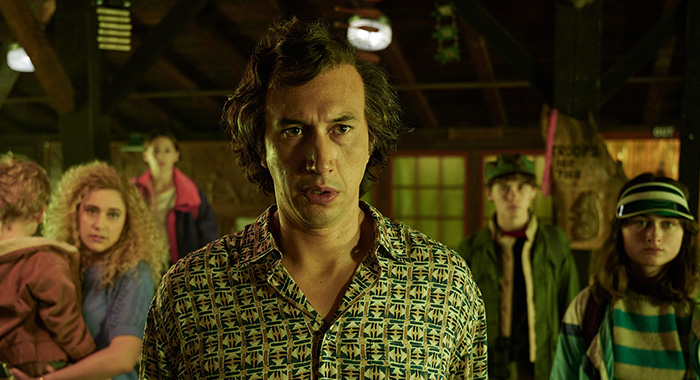 Two years ago, Nomadland had its world premiere in Venice, where it would go on to win the Golden Lion, and then cruised all the way through Oscar season on its way to a Best Picture victory. This year, the ‘lion’s’ share of buzz surrounds Noah Baumbach’s latest White Noise. Adapted from the acclaimed 1985 novel by Don DeLillo, Baumbach’s follow-up to 2019’s Marriage Story marks the first time Baumbach has adapted another writer’s material. Adam Driver stars as a Hitler scholar and Greta Gerwig plays his wife in this surrealist black comedy, which also stars Don Cheadle, André Benjamin, Alessandro Nivola, and Jodie Turner-Smith. Scheduled as the opening film for both Venice and NYFF. Netflix is betting big on a positive critical and audience reception with its expected to release later this year.

After winning the Best Adapted Screenplay and earning Anthony Hopkins another Oscar for The Father, writer/director Florian Zeller is back with its thematic sequel aptly titled The Son. Part of a planned trilogy that will conclude with — you guessed it — The Mother, this installment The Son star Hugh Jackman. stars as a man trying to get used to his 17-year-old son suddenly living with him after leaving his mother’s care. 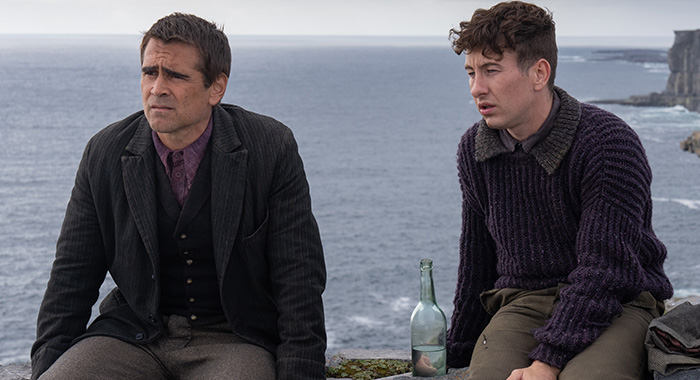 No stranger to Oscar night or rave reviews Martin McDonagh’s latest has been described as a return to the irreverent style of his early films. Quite right as it has also reunited the director with his In Bruges stars, Colin Farrell and Brendan Gleeson. This follow-up to 2017’s lauded Three Billboards Outside Ebbing, Missouri is about the abrupt end of a friendship, and the fallout both men experience. We are also eagerly anticipating the premiere of Tár, a new effort from Todd Field (In The Bedroom), starring Cate Blanchett as a fictitious female composer. Bardo is another title we are anticipating will make waves come Oscar season. Alejandro González Iñárritu’s latest features a cast of native Mexican actors and boasts a nearly three-hour runtime, but his track record for award-worthy cinema means that even with a cast of newcomers he’s a threat to win it all. 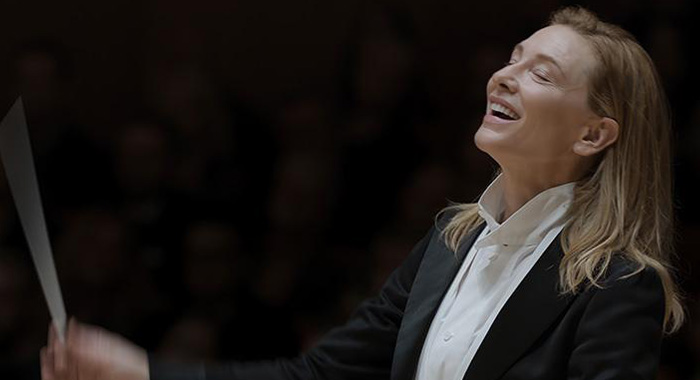 Film festival lineups go far beyond just the big stars and Oscar narratives, with excellent films from every corner of the world, and in every genre. Here are some other titles from this year’s Venice lineup that might not light up theaters or awards season, but seem like good bets to find eager and passionate audiences.

First up, we have beloved horror auteur Ti West’s Pearl. West conceived of this prequel while making his hit 2022 film X, and a quick green light from A24 allowed him to shoot both films back to back. Mia Goth reprises her role from X as the titular Pearl, this time playing her as a young woman in the year 1918. Pearl will reveal not just the origin of its title character, but also of the cabin where the events of X largely take place in. Also premiering is The Eternal Daughter, the collaboration between Tilda Swinton and filmmaker Joanna Hogg which began in The Souvenir continues here with a third installment, a ghost story about a mother and daughter in a grand old mansion.

Be sure to check back here as the Venice Film Festival approaches; we’ll update as more titles get added to the Venice lineup.