The Umbrella Academy returns to Netflix for its third season on Wednesday, June 22. The series, based on the comic book created by My Chemical Romance frontman Gerard Way and illustrated by artist Gabriel Bá, follows the misadventures of the Hargreeves family, a gang of odd superheroes who, time and again, must save the planet from some sort of cataclysmic event while doing their best to survive their own traumas and remain a functional family in the process.

Excitement is high for the return of Netflix’s wonderfully weird comic book series. But does it deliver the goods? Here’s what critics are saying about The Umbrella Academy season 3: 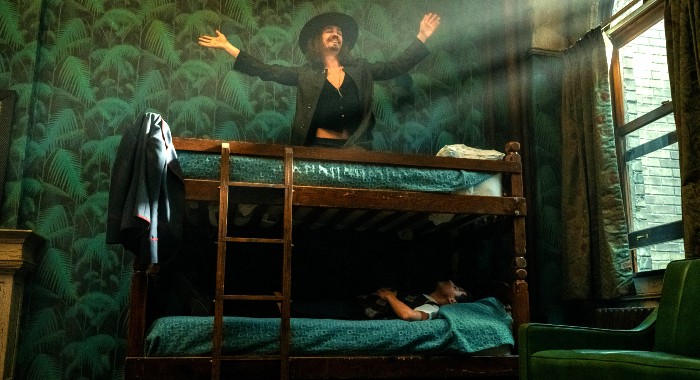 Season 3 requires a tad bit of patience to see its vision through, but if you hang in there through a few slower initial episodes you’ll be rewarded with a moving portrait of a complicated and flawed family, bolstered by excellent performances and a good amount of Umbrella Academy-flavored fun. – Alex Stedman, IGN Movies

After a shaky first season, the series found its footing in season 2, focusing on the chemistry between its stellar cast and leaning into the weirdness. Season 3 is a frustrating mix of both, delivering exceptional arcs for certain characters while making baffling decisions with others, leading to an experience that feels sort of like eating those gag jelly beans: it’s impossible to tell whether the next scene is going to be piña colada or vomit flavored. – Danielle Ryan, Slashfilm

Season 3 blends together the moodiness of Season 1 with the brisk-pacing, bizarro nature, and enormous heart of Season 2. – Nate Richard, Collider

How is Elliot Page? 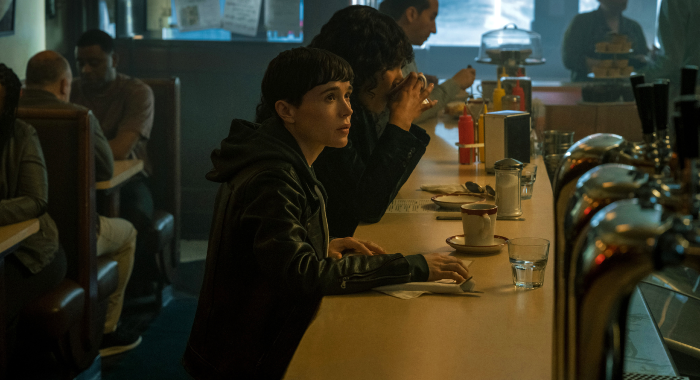 ​​But The Umbrella Academy, vitally, reserves the greatest care for the story of Vanya, played by Oscar nominee Elliot Page. The writers map the actor’s real-life transition onto his character, as the queer awakening he experienced back in the 1960s leads Vanya to becoming Viktor. The show deftly handles the conversations Viktor has with each of his family members about his transition, as well as showcases the way he comes into his own throughout the season. He becomes a wiser, wryer, and more confident person, a far cry from the frustratingly weak and underwritten Vanya we met at the beginning of the series. – Jenna Scherer, AV Club

Elliot Page’s transition and life as a trans man have been handled with nuance and grace. – Danielle Ryan, Slashfilm

The most important emotional throughline introduced early is Vanya’s. In the wake of the relationship with Sissy, Vanya transitions into his authentic self, Viktor Hargreeves. That is mostly done through physical change represented by his new hair, clothes, and the overall effect on Viktor’s whole countenance after he embraces this body that now feels right. It’s striking to see the marked difference in Page’s portrayal of the character, which gives the storyline even more weight and importance. – Tara Bennett, Paste Magazine 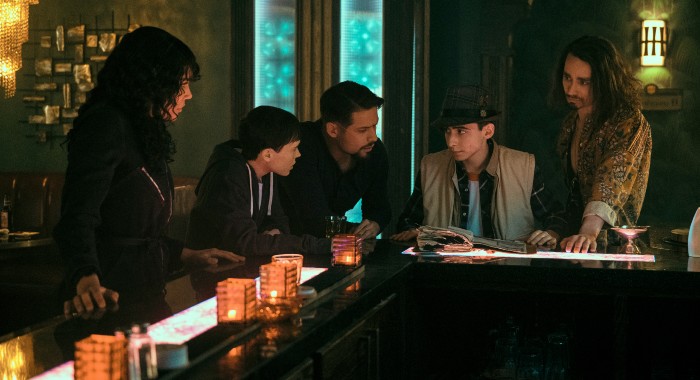 Gallagher continues to channel the old soul inside a kid’s body so well, with versatile comedic timing that works whether it’s meant to be intentionally funny or just capture his character’s frustration. Hopper gets to branch out in a much warmer story this season, and it’s appreciated. Raver-Lampman’s Alison goes on quite a dramatic journey too, but Castañeda is saddled with an odd story that never really gels. – Tara Bennett, Paste Magazine

In particular, Luther, who in previous seasons has struck me as more annoying than endearing, is given something of a redemptive arc, and Tom Hopper’s performance makes the character a heck of a lot more likable in this batch of episodes. – Alex Stedman, IGN Movies

Among such a large, impressive cast, a special shout-out must also go to Justin H. Min, who somehow makes this new Ben just as unlikeable as the first one was loveable — and that’s very much a good thing here. And then of course there’s Emmy Raver-Lampman, who excels with some of the toughest material in season three, including one pivotal scene in episode five which will forever change how you see Allison. – David Opie, Digital Spy

How does it tackle the Sparrow Academy storyline? 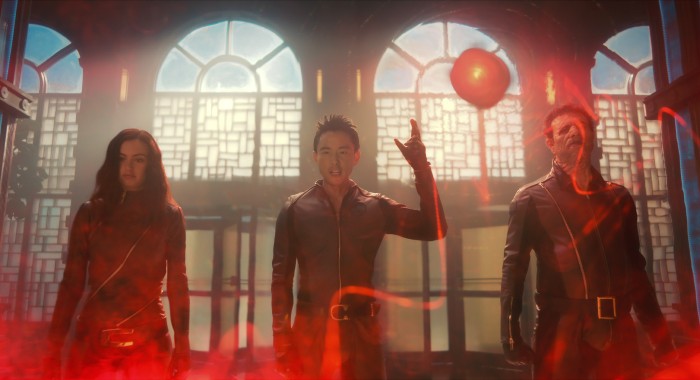 The members of The Sparrow Academy end up being pretty one-note, and one big romance is way too vanilla for a series this tart. – Jenna Scherer, AV Club

All that said, The Umbrella Academy season 3 is messy and lacking in overall finesse. It feels a lot more contained than previous seasons, with most of the action taking place in the mysterious Hotel Obsidian, an establishment that will easily remind viewers of the John Wick hotel The Continental. Certain issues that crop up are never addressed, Ben’s death in the original timeline is teased a bit more, but still lacks a concrete answer, and, save for Sloane, the Sparrow Academy members are severely underutilized. – Mae Abdulbaki, Screen Rant

There’s a lot of fun to be had in getting to know the Sparrows too, not to mention their strange power-sets. If only the show bothered to explore these strange abilities more. – David Opie, Digital Spy

What are the overall themes explored? 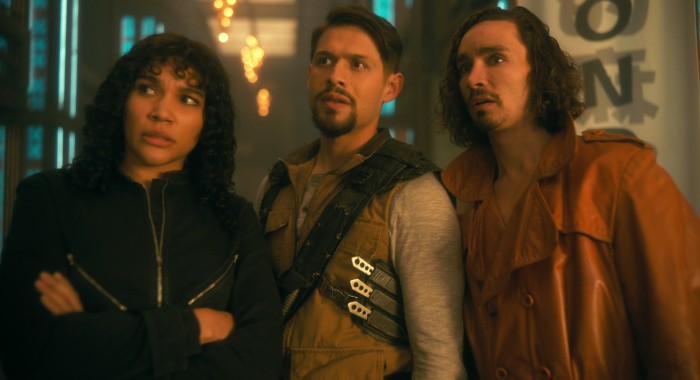 Season 3 is ultimately about the way families can fail us, no matter how much love and loyalty is there, and how hard it can be to repair relationships once trust is broken. It’s a theme that’s beautifully woven throughout, but especially between Viktor and Allison, and both Page and Raver-Lampman give heartbreaking performances. – Alex Stedman, IGN Movies

In fact, the third season of The Umbrella Academy may just be the most emotional and personal season yet. Juggling issues such as gender identity, mortality, neglect, forgiveness, and loss all within the confines of a superhero story is a mighty task. – Nate Richard, Collider

Without spoiling too much, nihilist themes around time travel and parallel worlds continue to be explored here as well, to the point where even characters in the show start to notice that their lives are stuck in the same old loop. – David Opie, Digital Spy

How is the writing and directing 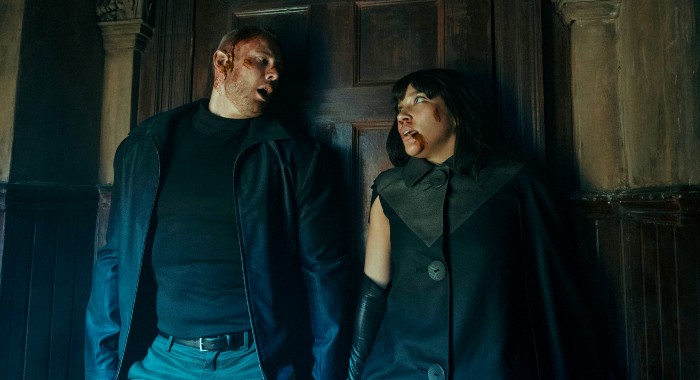 It all culminates in a season ender that’s somehow both too slow and too fast. The story spins off into abstraction just when it should be hitting bedrock, with repetitive emotional beats giving way to a climax so out there that the stakes don’t even feel like they matter anymore. – Jenna Scherer, AV Club

Perhaps the biggest issue with Umbrella Academy Season 3 is that with some frequency, pieces of the story seem to take place off-screen, and even between episodes. This only happens in the early parts of the season, which also have another larger issue, in that they’re built on the tired narrative trope of characters simply not sharing information with each other. By the halfway point, though, this crutch within its storytelling is thrown away, since the larger importance of the plot requires teamwork (surprising no one). Once it ditches this unnecessary leash on its characters, the series is off to the races, with the final five episodes being among its best. – Spencer Perry, ComicBook.com

The series is also superbly paced, with a number of gripping reveals, twists and evolving alliances revealed throughout the ten episodes. – Nicola Austin, We Have a Hulk

What about the production value? 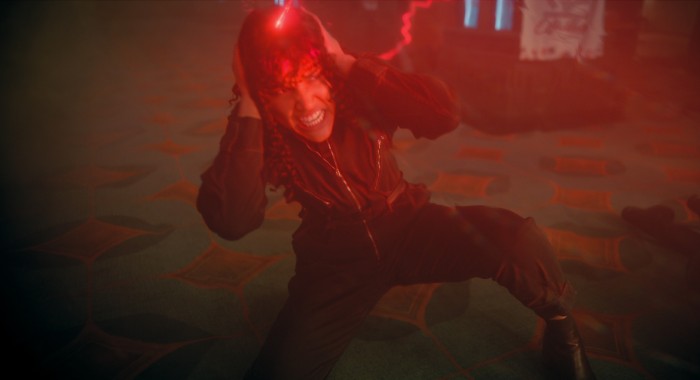 The visual effects continue to be outstanding, particularly in the variety of powers exhibited – especially Viktor’s strikingly blue power set – and the incredible CGI creation of a familiar face… – Nicola Austin, We Have a Hulk

That said, action and fight scenes do take a bit of a backseat this season, and I did find myself missing that – although the fights that we do get are just as great as the highlights of previous seasons. And credit to the production designers for making the limited (compared to the first two seasons, at least) locations still feel stylish and fresh, with some more excellent needle drops to boot. – Alex Stedman, IGN Movies

Thanks to that, there are some pretty epic fight scenes, and some really great effects. Unfortunately they aren’t all wonderful, and some of them are a bit wonky towards the end of the series, but they are nothing that will completely ruin what the rest of the season has done. – Tessa Smith, Mama’s Geeky 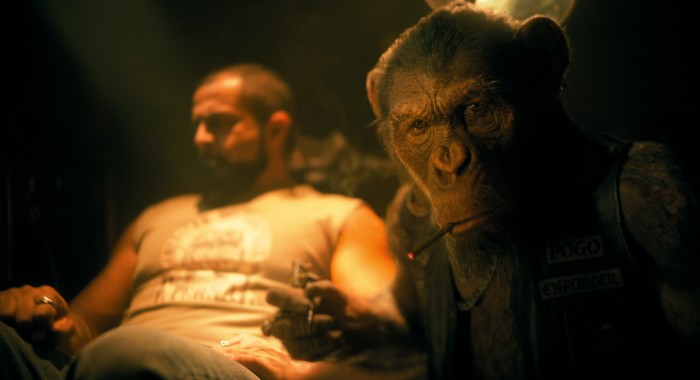 The Umbrella Academy never stops being a blast—a bright ball of chaos enclosed in a Dyson sphere of hard-won devotion from what Five defines as not so much a family as “an institute for snarky delinquents.” – Jenna Scherer, AV Club

In fact, the last 10 minutes of the season feels like everyone has just thrown in the towel with one another, as well as the whole concept of bouncing around time. That’s not only surprising and baffling, it doesn’t exactly set the stage for enthusiastic audiences to be excited for a potential fourth season. – Tara Bennett, Paste Magazine

This season might be the weakest of the three, yet it remains a wholly entertaining series that is unlike anything else being produced on television. It’s a shame that Netflix doesn’t want the world to enjoy it to its fullest potential. – Spencer Perry, ComicBook.com