The Sandman First Reviews: Neil Gaiman's Ethereal Comic Adaptation Is 'What Dreams Are Made Of,' Critics Say

An immersive world and impressive cast help elevate Netflix's newest comic book adaptation, but a slow-burn story pace may turn away some viewers.

Over three decades after its comic book premiere, Neil Gaiman’s groundbreaking The Sandman, referred by many as an “unfilmable” comic, has made its official television debut on Friday, August 5 on Netflix. The series stars Tom Sturridge as Dream (aka Lord Morpheus, aka the King of Dreams) the cosmic being who, after being held captive for a century, sets out on an otherworldly journey to reclaim his power, realign the balance between the realms, and save the universe (and humanity) from total annihilation, in the process.

Needless to say, the buzz is quite high for the effects-heavy genre series. But does it deliver the goods? Here’s what critics are saying about season 1 of Netflix’s The Sandman:

How does it compare to the comic? 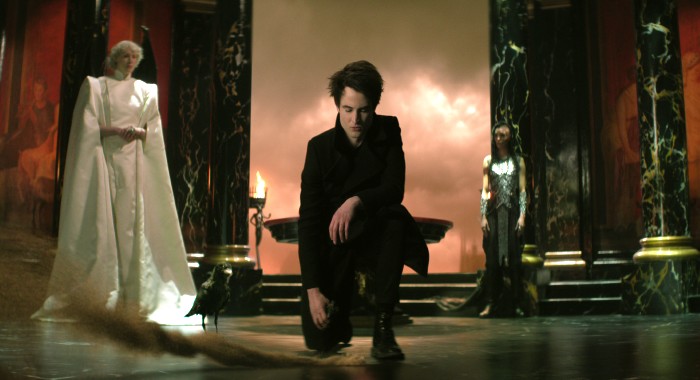 Gaiman’s hand is felt throughout as it faithfully adapts the comic nearly issue-by-issue with each episode. There are some slight changes, particularly with regard to representation and modernisation, as one would hope for in a contemporary adaptation, even for a comic considered progressive for 1989 – Richard Newby, Empire Magazine

From smart casting and strong writing to exquisitely eerie, noir-meets-horror production design that makes thoughtful use of digital effects, this is easily one of the best small-screen comic adaptations ever made. – Judy Berman, TIME Magazine

Gaiman developed the streaming adaptation with prolific comic book adapter David S. Goyer and showrunner Allan Heinberg, turning it into what may be one of the most faithful comic book adaptations of all time. – Jamie Lovett, Comicbook.com

The series pays homage to the original comics, as it should. Much of the dialogue is taken verbatim from Gaiman’s source material, while several scenes from the first volumes are recreated almost exactly in the show, requiring a liberal use of CGI. – Vicky Jessop, London Evening Standard

How is Tom Sturridge as Dream? 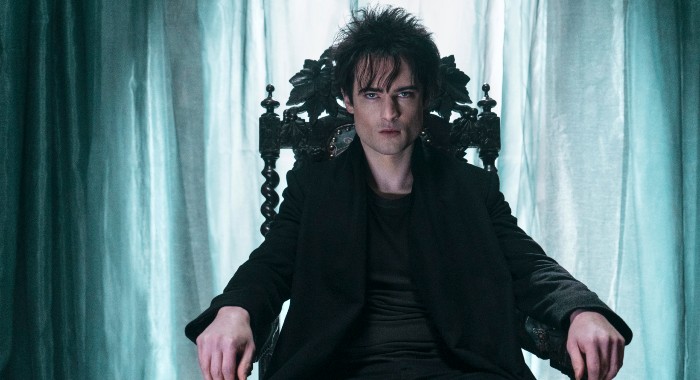 Tom Sturridge is ethereal as Dream. Seriously, it’s actually unreal how good he is in this role. From his delivery and speech cadences to the tiny, almost unintentional smirk that comes when Morpheus finds himself amused in spite of himself… it’s impossible to imagine another in his place. – Amelia Emberwing, IGN Movies

What’s important is that Sturridge captures the competing aspects of Morpheus that are forever roiling under his impassive surface — his haughtiness, his wounded vulnerability; his stiffness, his longing for connection. Also, his brittle anger, his ability to — almost, not quite, but almost — laugh at himself. – Glen Weldon, NPR

Tom Sturridge, not yet a major name, is pitch-perfect in making Morpheus flesh and blood, deftly navigating his stoicism and distance with a sad, though not entirely charmless, sense of punk-Byronic loneliness. – Richard Newby, Empire Magazine

Sturridge has the right look, but his performance, unfortunately, leans into all of Dream’s inherent flaws as a dramatic leading figure. What could play as an intriguingly mysterious persona in other hands instead comes across as mildly irritated and dull. – Alan Sepinwall, Rolling Stone

What About the Rest of the Cast? 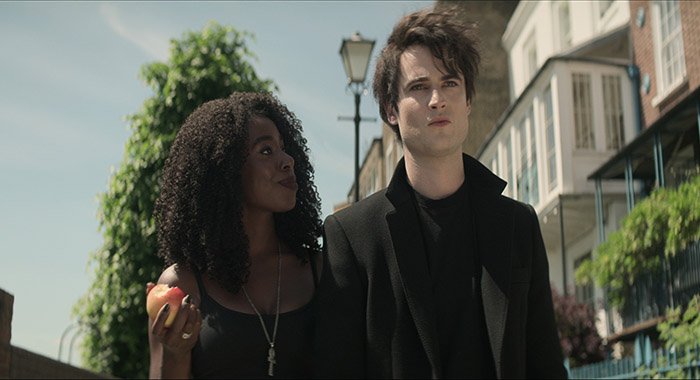 The real standout and, frankly the savior of the series, is Kirby Howell-Baptiste’s Death. Howell-Baptiste gives a positively effervescent performance as the personification of Death, a sweet and kindly figure dressed as a cute goth girl whose appearance belies popular belief about the Grim Reaper. – Hoai-Tran Bui, Slashfilm

The best performance in the show, though, comes from Boyd Holbrook as The Corinthian. The character is an escaped nightmare from Dream’s realm who was created to mirror the worst of humanity’s impulses, and he accepts his duties with a…big toothy grin. The Corinthian is supposed to be irredeemable, an unrepentant murderer who kills for fun, but his role in the story (and the amount of screen time he gets) requires him to be at least somewhat understandable, if not outright sympathetic. – Sam Barsanti, AV Club

As two of Dream’s immortal siblings, Kirby Howell-Baptiste and Mason Alexander Park evoke the iconic elements of their characters, while making the roles distinctly their own. And David Thewlis, playing a would-be supervillain, shifts fluidly between pitiable wretch and malicious manipulator — and he’s outfitted with a motivation that clarifies his character’s goals, which are a bit muddier in the comic. – Glen Weldon, NPR

Lucifer Morningstar, the biblical fallen angel who rules over hell, was famously drawn to resemble David Bowie in his big-haired, late-’60s folk singer era. Here, the character is played by Game of Thrones’ statuesque Gwendoline Christie, who embodies Lucifer’s winsome insouciance despite being, you know, a woman. – Judy Berman, TIME Magazine

Elsewhere, Jenna Coleman acquits herself so well in her brief appearance as troubled badass Johanna Constantine (a gender-swapped version of the John Constantine from the books, that NBC series and that Keanu Reeves movie) that she might as well be testing the waters for her own spinoff. – Angie Han, Hollywood Reporter

How is the world-building and character development? 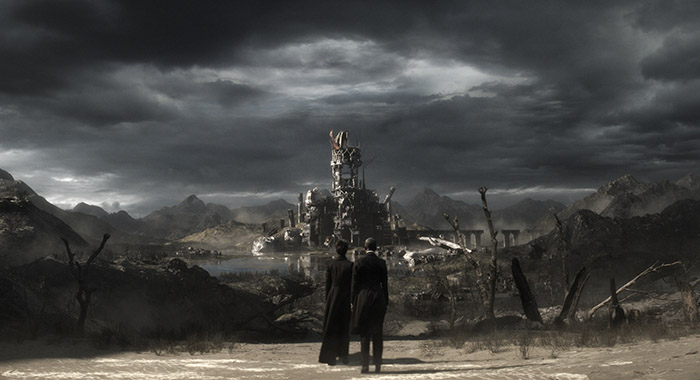 And while it’s admirable that this version of The Sandman has incorporated women, nonbinary, and Black and POC actors into a tableau that was predominantly white and male in printed form, the series increasingly pushes Dream aside despite not developing him well enough to justify the time away. – Roxana Hadidi, New York Magazine/Vulture

There’s no substitution for the original artwork, though some designs and panels are recreated in remarkable detail by VFX artists, directors, and production designers, making for an apt and thoughtful visual translation. – Jamie Lovett, Comicbook.com

The imagery complements storytelling that stays true to Gaiman’s sensibility—a mix of fantasy tropes, literary and pop-cultural references, gothy aesthetics, and archetypes grounded in global mythology that is as thoughtful in its own way about how people use the omnipotent heroes and villains we invent through fiction as Watchmen. – Judy Berman, TIME Magazine 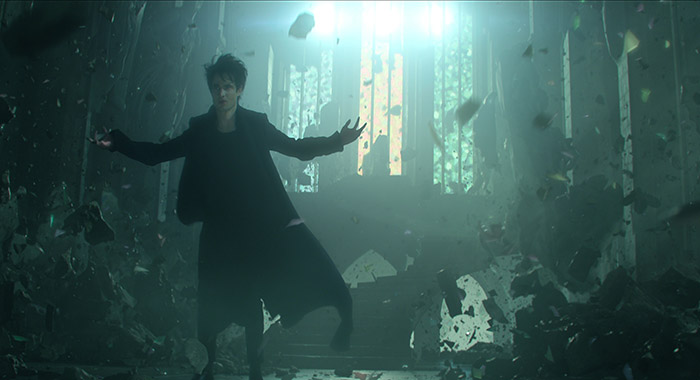 “The Sandman” is slow to wake, but once it does, it starts to show potential to be the closest thing we might have to a great Neil Gaiman adaptation. – Hoai-Tran Bui, Slashfilm

The result is very middling, neither dream nor nightmare, just the vague reverie you have when you’re hungry and lunch is still an hour away. – Nick Hilton, The Independent (UK)

After a failed attempt at a film adaptation, writer Neil Gaiman has shepherded his comic book epic “The Sandman,” a stew pot of invented and borrowed mythological characters, into a highly satisfying 10-episode Netflix series. – Robert Lloyd, Los Angeles Times

With enough forward-facing momentum and the might of Gaiman’s ever-complicating lore behind, Netflix’s “The Sandman” justifies its existence — and the potential for so much more story to come — time and time again. – Caroline Framke, Variety

The Sandman isn’t perfect. But, goodness, it’s so, so much more than I ever thought I’d get. – Lacy Baugher, Paste Magazine