The Resort Stars, Creator on Turning to Comedy to Deal with Death and Trauma

Stars Cristin Milioti, William Jackson Harper, and more join creator Andy Siara to talk about melding genres to create a commentary about our fascination with nostalgia and disappointment with the passage of time. 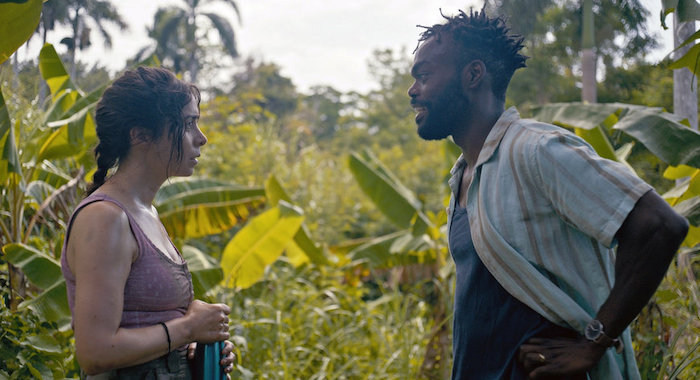 From the constant cycle of TV and film reboots to the “want to feel old?” Internet meme, modern society has an obsession with nostalgia and the passage of time — even if looking back often makes us feel queasy.

In The Resort, the Peacock mystery-comedy created by Palm Springs screenwriter Andy Siara, William Jackson Harper and Cristin Milioti play married couple Noah and Emma who take a Mayan Riviera vacation in the hopes of addressing the doldrums of their relationship. In doing so, they become obsessed (OK, she becomes obsessed; he gets into the game as more of a supportive spouse) with what happened to a college-age couple played by Nina Bloomgarden and Skyler Gisondo who had a meet-cute in the area almost two decades earlier — which happened to be just days before the resort they were staying in was destroyed by a hurricane.

Clues and Easter eggs are laced through the dual storylines — both the kind of clues that lead to answers about the central mystery and subtle nods to some of Siara’s favorite films, like Jurassic Park. The show also feeds into the sheer joy of looking at the quaintness of the nascent tech days during the 2007-set storyline (at one point, Gisondo’s Sam is confused by the word “selfie”).

Like Palm Springs before it, which starred Milioti and Andy Samberg as wedding guests stuck in a continuous time loop, Siara says he’s interested in stories that deal with “the question about time and the disappointment of time.” 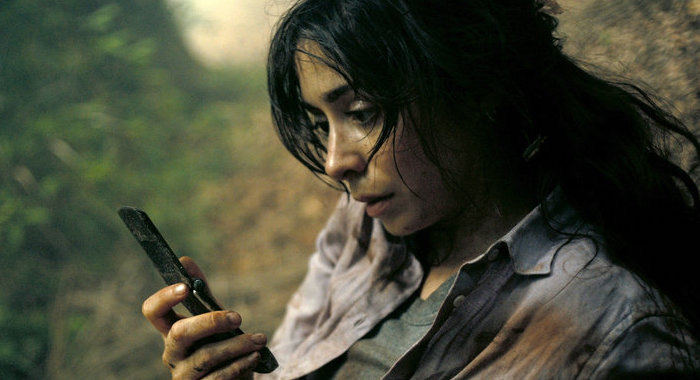 Milioti invokes the term “time sickness” — or the idea that time is quickly slipping away from us and we have to act fast to keep up with it — and says that “nostalgia is an apt descriptor of that.” She says the series is “a very unique way of exploring bigger themes like what we do with our time on this planet.” 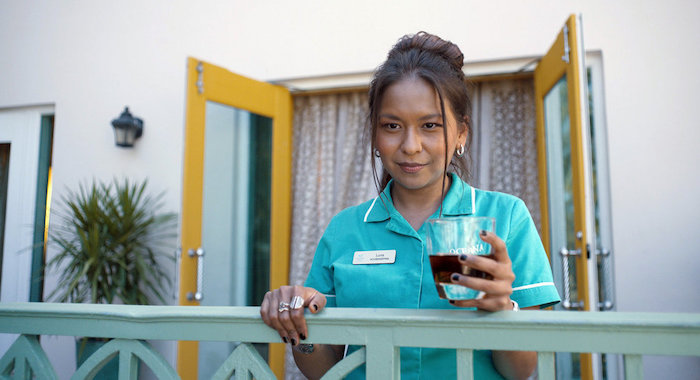 Intersecting both worlds are Luis Gerardo Méndez’s Baltasar Frías, a trust-fund kid who once fancied himself an amateur detective, and Gabriela Cartol’s Luna, a resort concierge who knows way more than she shares. 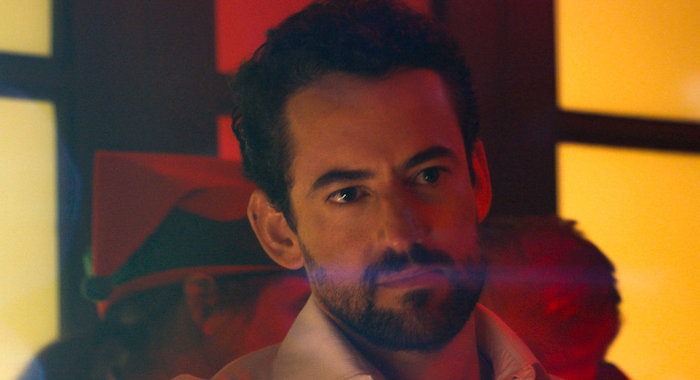 Both actors understand how one could see this series, like HBO’s resort-set hit The White Lotus, as a commentary on outsiders who visit a new area with no appreciation for its history. But they also say that it fits a tone and sense of humor with which they’re familiar.

“Mexicans, we laugh about death. I think that’s the way we deal with trauma,” he says. “We deal with horrible things and death and trauma with comedy. I really believe that comedy is tragedy, plus time.” 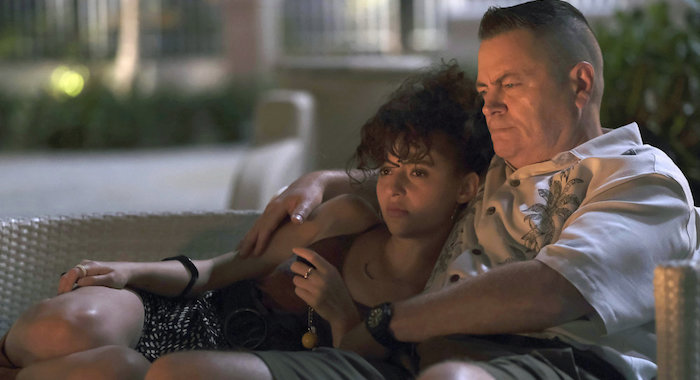 And the show does mix in these topics, even before it deals with the ramifications of a hurricane. Bloomgarden’s Violet has dragged her dad (Nick Offerman’s Murray) to this resort during the winter holiday season on the chance that it will help her commune with her recently deceased mother. Violet meets Sam when he and his skateboard crash into her when he’s trying to escape his girlfriend (Debby Ryan’s Hanna) after learning she’s having an affair with her college professor. 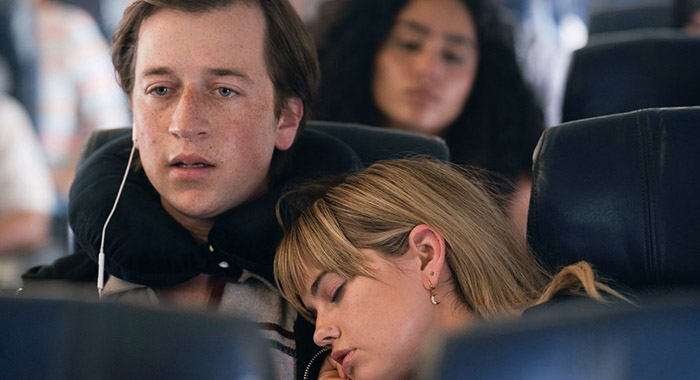 On the other side of the story, Harper says the idea of Noah and Emma going all-in on this caper also signals that there was a time when “these two had a lot of fun together; that they really enjoyed each other.”

“There’s also a feeling of loss that comes from seeing two characters that just find this instant ease and then seeing where they where they wind up,” he says. “To a degree, they kind of want to get back to that energy; to feeling that good around each other [and] that ease and happiness and fun.” 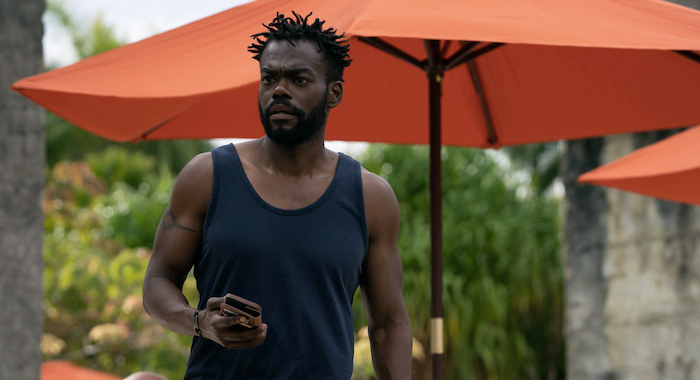 Creator Siara says that layering all of these storylines and genres on top of each other can be a mental challenge, but that he wants “to pay attention to what the audience is thinking or feeling or anticipating at any moment.”

“I always want to be ahead of the audience so I want them to feel like they’re in good hands,” he says. “But a lot of this jumping back and forth in time comes out of [the idea that] when I’m writing something, I don’t feel bored in the writing of it.”

What he doesn’t think his show is, however, is a commentary on how technology has changed the way we interact with one another.

“I don’t think I’m smart enough to make that commentary,” he laughs.