This is not a test. This is The Purge announcing the commencement of season 2 on USA Network.

After four films and one television season, franchise fans and moviegoers overall are generally familiar with the fictional concept of the Purge: an annual government-sanctioned 12-hour period when all crime, including murder, is legal. Thus far, the franchise has primarily focused on the night of the Purge during which crime reigns free and morals face the ultimate test.

Since the franchise began, fans have been drawn to the idea of the Purge for the challenging internal debate it sparks: How far would you go to protect yourself and your loved ones? Would you take advantage of the violent “holiday” and unleash your inner beast? Is there someone in your life that you would Purge? Would you really go through with it?

Yet many fans have other burning questions about the psychological impact of the Purge and the other 364 days that follow. Can those engaging in the violence snap out of it once the time window closes? What happens when the clock strikes 7:01 a.m. and this debauchery is once again criminal and legally punishable? How do you go back to your normal day-to-day after witnessing such unspeakable acts? These questions form the premise of The Purge’s second season, which explores the fallout of Purge night through four unique but interconnected characters in the ensuing months before the next Purge.

“Violence begets violence is our main theme of the season,” executive producer Krystal Houghton Ziv revealed when Rotten Tomatoes visited The Purge’s set in New Orleans. Ziv explained how the team used findings from studies on the effects that violence, video games, and social media have on the human psyche as a jumping-off point for this season’s new slate of characters. “How would the Purge change people’s brains? What kind of monsters would regular people turn into?”

Although the Purge is a fictional concept set in an alternate America that has been overrun by a totalitarian government, these questions will likely still hit home for viewers in 2019, as mass shootings appear in the news seemingly on a weekly basis. While the Purge franchise can be seen as a cautionary tale of sorts, it nevertheless depicts the very things of which it warns. Once again, the entertainment industry finds itself in a moral gray area when it comes to the depiction and commercialization of violence. Earlier this year, for instance, Universal Pictures dropped their latest film The Hunt, about rich people hunting humans, due to backlash over its controversial premise. The film also comes from Blumhouse Productions, the same studio that produced The Purge films. Like Universal Pictures (and Rotten Tomatoes), USA Network is also a division of NBCUniversal.

So how does The Purge approach the politics of violence in season 2? 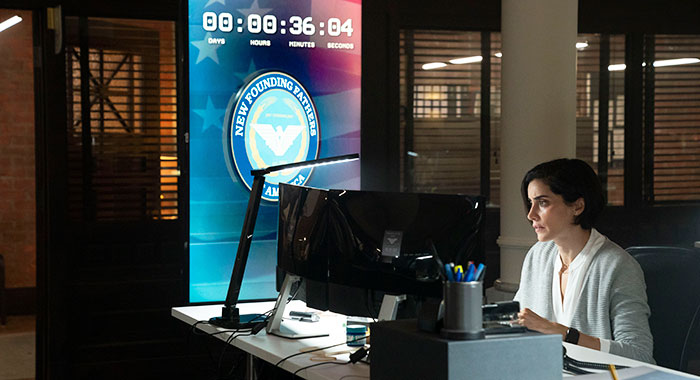 One of the season’s new characters, Esme Carmona (Paola Núñez), is a top employee at an NFFA (New Founding Fathers of America) surveillance center who has dedicated her life to spotting crimes and tracking lawbreakers.

“It’s almost impossible not to relate it to your reality and your society, and how we deal with violence or intolerance. The reason that people Purge is because they don’t have any tolerance,” Núñez said when asked about The Purge’s messaging in season 2. “Does violence create more violence? Definitely.” 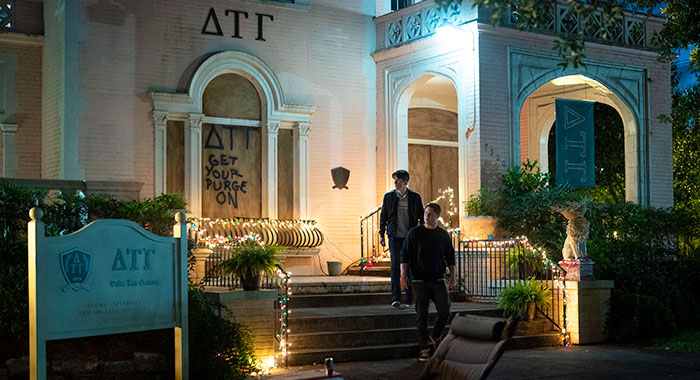 “The audience hopefully will say, ‘That could be me. Is that beast inside of me? Could that be awakened?’ That’s why it’s so terrifying, because it feels so feasible,” Allen said. 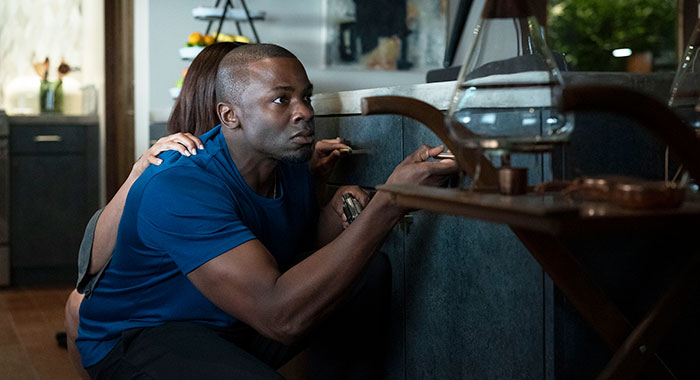 “What I love about horror is what I like about rock and roll: It looks like fun! It’s like drama on steroids,” said new cast member Derek Luke, who plays Marcus Moore, a remarried, well-to-do professional whose seemingly picture-perfect life begins to splinter when an assassin breaks into his house on Purge night. 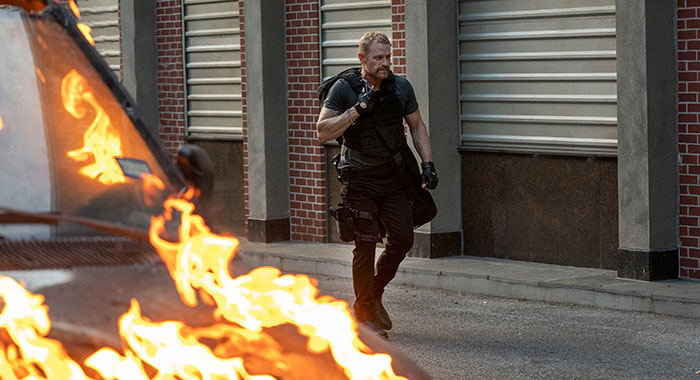 “We definitely push the boundaries in season 2,” said Max Martini who plays Ryan Grant, a Robin Hood–type bank robber on Purge night who needs to pay for his mother’s assisted living program. “True to The Purge franchise, it’s very scary, there’s a lot of action, and a ton of tense psychological moments.”

The Purge airs Tuesdays at 9/8c on USA.