Between exciting action, a dynamic hero, excellent guest stars, and that adorable — yes, we know, "technically not Baby Yoda" — Muppet, episode "The Marshal" captures everything great about Star Wars and offers fans even more to love.


The Mandalorian comes roaring back with the first episode of season 2. “Chapter 9: The Marshal” serves up loving shots of The Child (“Baby Yoda”), a monster of a challenge for Din Djarin/The Mandalorian (Pedro Pascal), an engaging new character played by Hollywood’s favorite lawman and gunslinger Timothy Olyphant, and plenty of shoot-’em-up action.

Here’s what critics are saying about episode 1 of The Mandalorian season 2:

Is The Child Still Adorable? 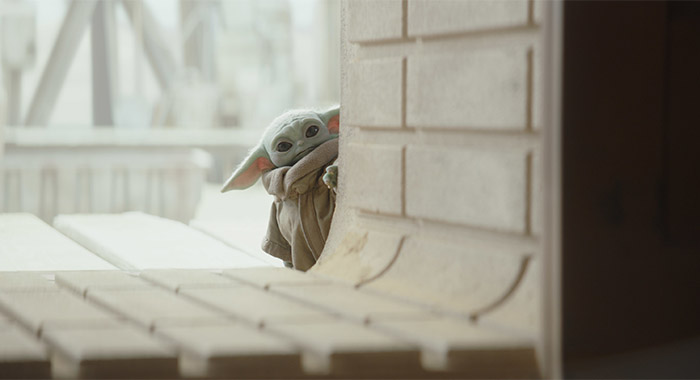 “Even with Mando kicking serious ass for most of the episode, the best part of the premiere was, naturally, Baby Yoda.” – Amanda Mullen, Culturess

“This episode of The Mandalorian is pretty much Jaws. It’s Jaws plus Baby Yoda reaction shots. What more could you want?” – Ben Allen, GQ Magazine [UK]

“This week’s adventure is as simple as they come, and, as expected, Baby Yoda’s as cute as ever.” – Jack Shepherd, SFX Magazine

“The Mandalorian has returned to save 2020 with a stellar opening episode helmed by Jon Favreau, a wonderful performance from an unexpected co-star, and plenty of Baby Yoda cuteness.” – Josh Wilding, ComicBookMovie.com

How Does “The Marshal” Hold Up Next to the High Bar Set by Season 1? 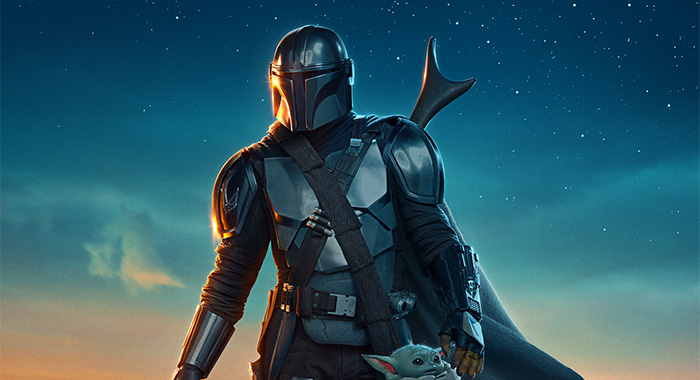 “Hopefully, Favreau and Co. continue to experiment and open up this universe. ‘The Marshal’ celebrates what you love about ‘Star Wars’ and makes you love it more. It provides more understanding of what we’ve seen and who we thought we knew.” – Preston Barta, Fresh Fiction

“[The Mandalorian] proves with one of its best episodes yet that it still has a lot of flair, inspiration, and jetpack fuel to go around.” – Nick Allen, RogerEbert.com

“It’s such a simple premise and it’s been done more times than we can count, but in this age of convoluted storytelling and ‘It’s really a 10-hour movie’ seasons of television, it feels fresh and, in its own way, kind of revolutionary.” – Tom Fitzgerald and Lorenzo Marquez, Tom & Lorenzo

“’The Marshal’ doesn’t feel long. There are probably some spots that could have been tightened up, but on the whole it was very much of a piece with how the show worked so well a year ago.” – Alan Sepinwall, Rolling Stone

“The first episode, ‘Chapter 9: The Marshal,’ was full of highlights, marking a strong start to the show’s sophomore run.” – Amanda Mullen, Culturess

“You can relax – The Mandalorian Season 2 isn’t about to skimp on the action, and it’s of the same quality as it was in the previous outing.” – Jonathon Wilson, Ready Steady Cut

How Are the New Characters? 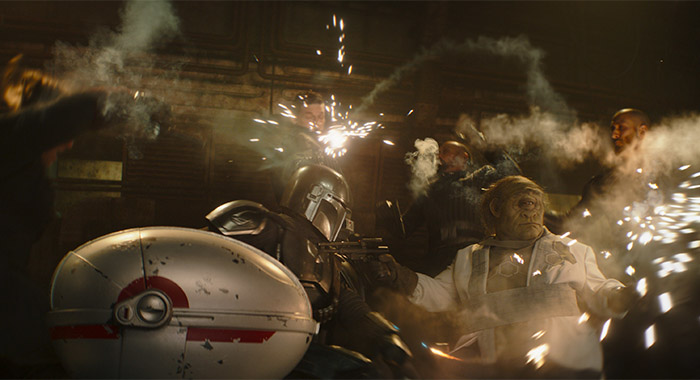 “We don’t need gimmicky cameos by movie characters to tie in with the saga as a whole, and ‘The Marshal’ offers something arguably much richer.” – Richard Trenholm, CNET

“As the episode’s title, ‘The Marshal’, might suggest, a marshal with whom to contend, played winningly by Timothy Olyphant, who has form in the lawman department. Throwing Mando in with someone as laconic and charming as Olyphant even brings something out of the taciturn hero. At one point he comes dangerously close to making what could be considered to be, after much scrutiny, a joke.” – Chris Hewitt, Empire Magazine

“[Olyphant] does a terrific job alongside Pedro Pascal’s formidable bounty hunter and is someone we definitely hope to see more of in this series (or others). The actor in question is one of the most talented working in Hollywood today, though not someone we see anywhere near as often as we should on screen. With The Mandalorian, however, they’re bound to now have a whole new legion of fans. ” – Josh Wilding, ComicBookMovie.com 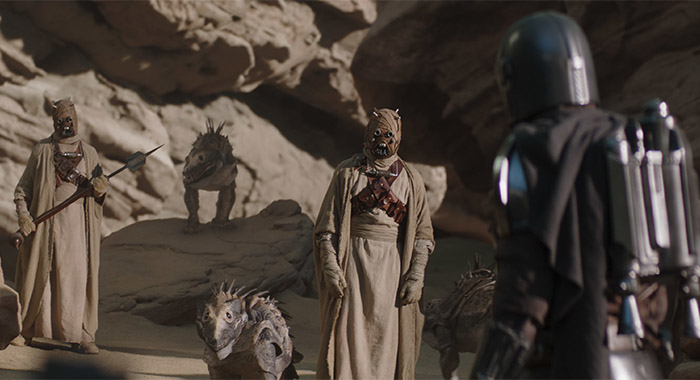 “Despite my love of all the fun Easter Eggs, we should hope that The Mandalorian doesn’t get too overwhelmed by bringing in wider Star Wars lore and forget what makes it work so well – the simple story of a gruff mercenary and a super-powered alien muppet.” – Huw Fullerton, Radio Times

“Even with so many nods to Star Wars past, The Mandalorian’s not overstuffed.” – Jack Shepherd, SFX Magazine

How Are the Effects in Season 2?

“While this week’s episode is tipping its hand just a bit too much in its ambitions to be the new, albeit kid-friendly, Game of Thrones, there is something to be said for delivering high-priced spectacle on a weekly basis.” – Barry Hertz, Globe and Mail

“Despite my wishes for what this episode should have been, it is clear that the production values on this series continue to rival anything else on TV right now. It also shows that Jon Favreau truly respects the Star Wars mythology, both canon and non.” – Alex Maidy, JoBlo’s Movie Network

“[Among] its most epic [episodes], partly thanks to an eight-minute sequence that seemed to have been shot with IMAX cameras.” – Akhil Arora, Gadgets360

“The quality of The Mandalorian continues to be on par with the Star Wars movies, and the visuals from start to finish are nothing short of awe-inspiring. ” – Josh Wilding, ComicBookMovie.com

So Is There Anything to Complain About? 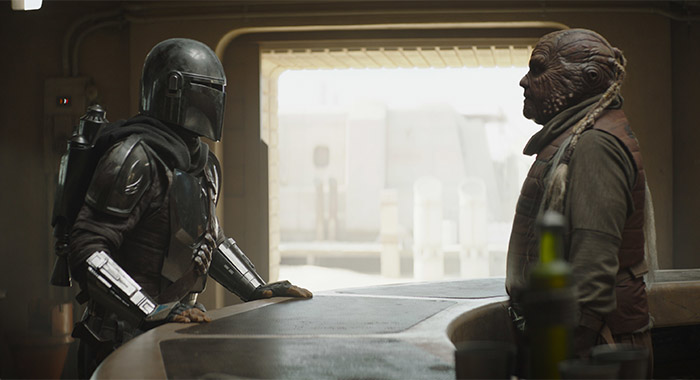 “I just wish it had gone to a new planet, or even dived deeper into the characters.” – Megan Crouse, Den of Geek

“The series isn’t going to succeed until it stops being ‘that Star Wars show’ and starts coming into its own.” – Kelly Lawler, USA Today 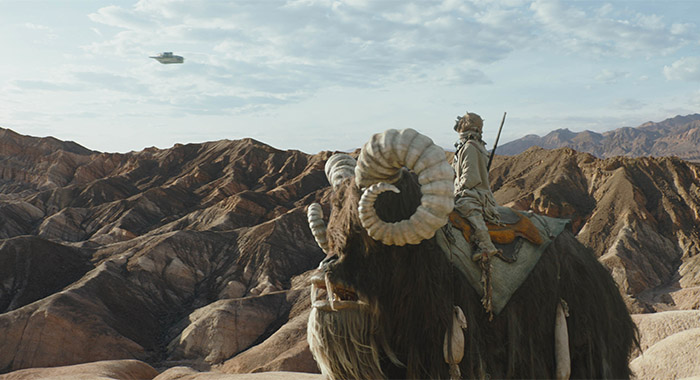 “If the balance of Season 2 can match the promise of this first episode, it’s still easy to have a good feeling about this.” – Brian Lowry, CNN.com

“Despite a panoply of familiar Mandalorian ingredients… ‘The Marshal’ fails to congeal them into something greater. When it comes to washing Rise of Skywalker’s taste from our mouths, however, The Mandalorian is the perfect Listerine.” – Louis Chilton, Independent (UK)

“The most exciting aspect of the Season 2 premiere, in the long run, comes down to this: The Mandalorian really has made the case for its existence by how it highlights what life is like in the Outer Rim.” – Liz Shannon Miller, Collider

“The action of ‘The Marshal’ and its canon-shaking final shot works better for people who know all the related material (and not just the films, but the books too) but the episode is also entertaining on its own terms, another Western-inspired story of a man who goes to the edge of society to save a village from a violent threat.” – Brian Tallerico, The Playlist

The Mandalorian season 2 episode 1 is now available to stream on Disney+.