The Lord of the Rings: The Rings of Power First Reactions: 'A Spectacular Sight To Behold,' Critics Say

The "cinematic" fantasy series is a big win for Prime Video, critics say on social media. Exceptional visuals and epic performances make this a must-watch for Tolkien fans, old and new.

The Lord of the Rings: The Rings of Power won’t premiere until Friday, September 2 on Prime Video, but the buzz is now in high gear. Planting its flag in the big-budget fantasy-TV trend kicked off by Game of Thrones over a decade ago, the streamer is all-in on J. R. R. Tolkien’s beloved story universe, digging into the author’s fabled telling of the Second Age of Middle-earth. 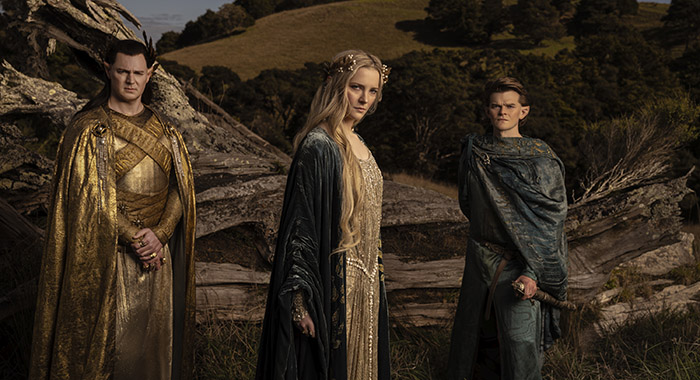 There’s clearly a lot riding on Prime Video’s epic series. Does it live up to the hype? After viewing the first two episodes, here’s what the critics are saying on social media about The Lord of the Rings: The Rings of Power:

How does it compare to Peter Jackson’s movies? 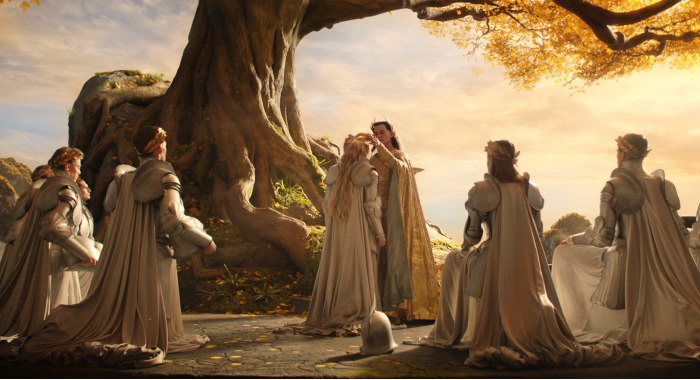 Social media embargo is up for #LordofTheRings #TheRingsofPower #LOTR, so: I’ve seen the first 2 episodes. I had been skeptical…but I was very pleasantly surprised. It is actually good! Very good! Visuals & tone are just right. IMO, a great addition to the Tolkien world. — Lauren Sarner, NY Post

I can now say that the first 2 episodes of #TheRingsOfPower are as cinematic as fantasy can be on TV. Feels made especially for Tolkien fans and is as *epic* as LOTR should be. JA Bayona and cinematographer Óscar Faura continue to make magic together, a real dream duo. — Andrew J. Salazar, Discussing Film

Have seen the first 2 episodes of the @primevideo’s #LordOfTheRings series. Prepare to be blown away by the scale and scope of #TheRingsofPower. I don’t know how they managed to pull this off, but they made a ‘Lord of the Rings’ show that feels like ‘Lord of the Rings.’ ½ — Stephen Weintraub, Collider

“Rings of Power” is a cinematic experience. In a perfect world, we would watch it on a big screen. It’s pure Tolkien and yet feels very connected to Peter Jackson’s movies. The FX are brilliant, the acting is superb and the PROLOGUE itself will destroy any awful feeling you had. — Rodrigo Salem, Folha

Beyond a couple of cheeky nods, it’s not trying to be Jackson’s trilogy, it’s standing apart on its own, and I am so excited to see where it goes. — Lucy James, Gamespot 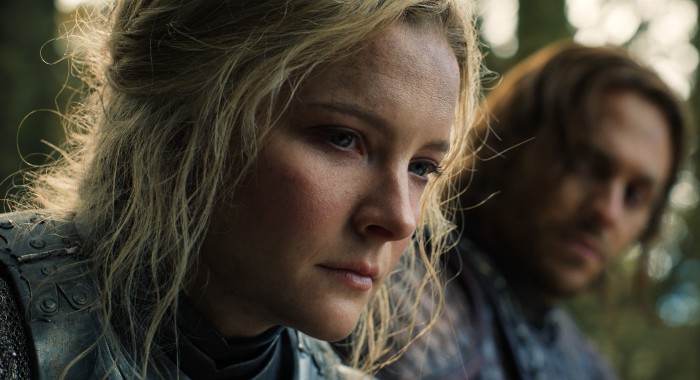 Morfydd Clark (from criminally underseen Saint Maud) shines as a fierce and ethereal Galadriel. As do Owain Arthur (Durin IV) and Ismael Cruz Córdova (Arondir). There’s a lot of characters who’ve yet to appear but #RingsofPower has already given me “faves” I want to follow along. — Eric Francisco, Inverse

a magnetic lead in Morfydd Clark’s Galadriel, who refuses to surrender the widely-held belief that Sauron is defeated. Can’t wait for more. — Carly Lane-Perry, Collider

Most make an impression quickly but the biggest winners for me were Nazanin Boniadi’s Bronwyn & Markella Kavenagh’s Nori. Especially impressed by how much I was able to share in their passions/goals in just 2 eps. —Perri Nemiroff, Collider

What about the story and pacing? 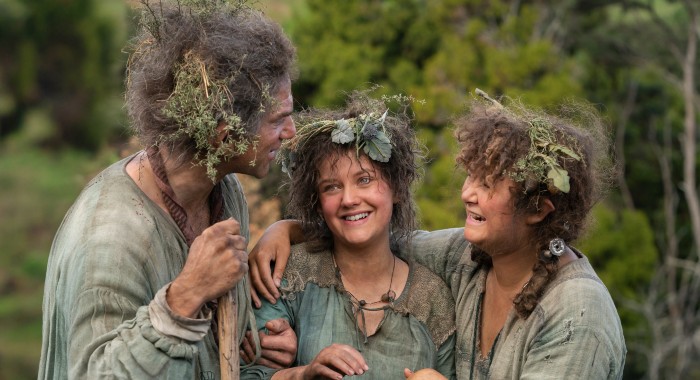 The Lord of the Rings: #TheRingsOfPower instantly captured my imagination w/ captivating stories & characters in a Middle Earth that’s both familiar & new. The story/setup is so dense, however, the pacing in EPs 1 & 2 is rather slow, but it definitely leaves you wanting more. — Germain Lussier, io9

It also sets the stage well for the clearly epic tale heading our way. I liked some characters/storylines more than others, but I’m hooked & ready for more #TheLordOfTheRings — Vanessa Armstrong, SYFYWire

#TheRingsofPower is CINEMATIC EXCELLENCE. The scale of this story has never been done before, making each moment EPIC & BREATHTAKING. — Shayhbaz, The Movie Podcast

It also has the laborious task of introducing SO much necessary world building that it takes a bit to set flight. — Brandon Katz, The Wrap

My only caveat is I can easily see how the plot could fall apart beyond Ep 2 or totally rule — Meghan O’Keefe, Decider

How are the visual effects and production design? 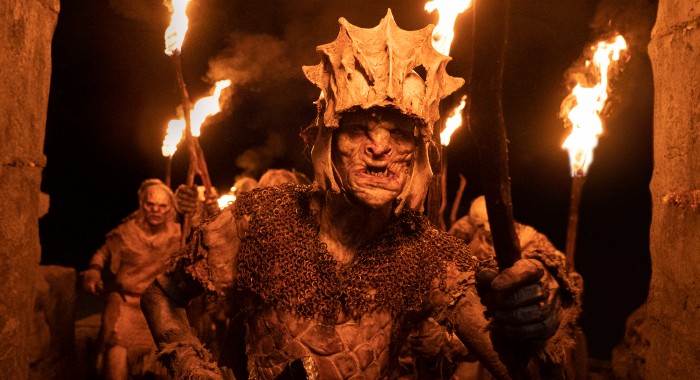 I watched the first two episodes of The Lord of the Rings: The Rings of Power: it’s grand, bold, and ambitious, and I absolutely loved it. The shots of Middle-earth were stunning and I wish everyone could see it on the big screen — Kat Moon, TV Guide

Two episodes of #TheRingsOfPower in and … so far, so good! The production value is pretty remarkable. One breathtaking visual after the next, and the level of detail in the costume and production design is something else. — Perri Nemiroff, Collider

Okay so the first two episodes of #LordoftheRings #RingsofPower are a spectacular sight to behold. The scale, scope, ambition and grandiosity is unrivaled on TV. — Brandon Katz, The Wrap

I’ve seen the first 2 episodes of #LordOfTheRings #TheRingsOfPower. It is stunningly gorgeous to look at, and the score is beautiful. — Alex Zalben, Decider

Big, bold, and beautiful to behold. TBD if it’ll sit alongside Jackson’s films or deserve Tolkien’s name, but for now it’s all the maximalist pizazz one might expect from a historically expensive production. — Eric Francisco, Inverse

seriously whatever that VFX team was paid, double it — Kayla Cobb, Decider 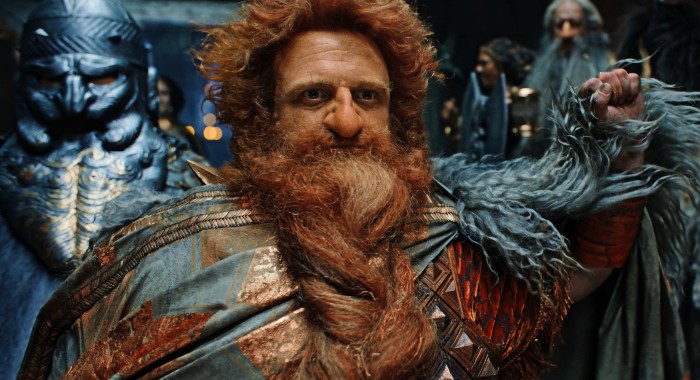 #TheRingsofPower is definitely a promising return to Middle-earth based on the first episodes. — Carly Lane-Perry, Collider

As a fan of Lord of the Rings lore, I found it outstanding and will left me longing for more. — Brock McLaughlin, CGMagonline

this is just to say that i have seen the first two episodes of THE LORD OF THE RINGS: THE RINGS OF POWER and am battening down the hatches to prepare for my old-and-yet-also-new hyperfixation — Karen Han, NY Times

So far, it’s incredibly fun and promising, but moreover, gorgeous. Watch on the biggest screen you can. — Meghan O’Keefe, Decider

I have seen the first two episodes of The Lord of the Rings: The Rings of Power, and they are a total joy. Watching it feels like stepping back into Middle-earth. I cannot wait to see where this story goes. — Devan Coggan, EW