The Last of Us First Reviews: 'Best Video Game Adaptation Ever Made,' Critics Say

A top-notch cast, sharp writing, and respect for the original subject matter make the HBO series the first must-watch show of 2023.

The Last of Us is the much-anticipated small-screen adaptation of the hugely-successful survival horror video game of the same name, which originally hit shelves in 2013. Craig Mazin (Chernobyl) and Nick Druckmann (the creator of the original video game) teamed up to bring the HBO show to life.

Set in the year 2033, two decades after a fungal virus transformed the global population into raging monsters, the show follows survivor Joel (Pedro Pascal) who guides teenager Ellie (Bella Ramsey) across the wasteland to doctors with the intention of finding a cure, for which Ellie may hold the genetic key. Gabriel Luna, Anna Torv, Storm Reid, Melanie Lynskey, Lamar Johnson, Graham Greene, Murray Bartlett, and Nick Offerman round out the cast.

The project has generated a lot of excitement. But does it deliver the goods? Here’s what critics are saying about season 1 of HBO’s The Last of Us:

How does it compare to the video game? 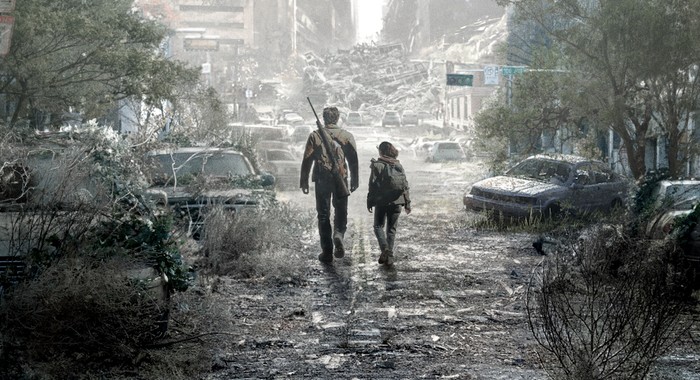 ​​Creator and Naughty Dog co-president Neil Druckmann is thankfully heavily involved in HBO’s “The Last of Us,” serving as co-creator, co-showrunner and executive producer of the series alongside Craig Mazin (“Chernobyl”), and together the team has done an excellent job of sticking close to the source material while also breathing life into new characters along the way, creating an engaging and refreshing rendering of a popular genre story. —Karama Horne, TheWrap

​​The Last of Us is simultaneously almost a verbatim adaptation of the game and a new story entirely. This is achieved not by changing anything, but by adding entire scenes and characters for which there simply would not be room for in a video game. These elements don’t rewrite anything we’ve seen before but add new levels of worldbuilding, storytelling, and depth that makes the whole narrative feel tailor-made for the television model. —Dais Johnston, Inverse

Based on the acclaimed video game franchise and created by the game’s mastermind, Neil Druckmann, and Chernobyl creator Craig Mazin, the show is by turns gorgeous and harrowing, brutal and warm. From the performances to the storytelling to the aesthetic elements, it’s an exquisitely made adaptation. But it also asks viewers to absorb a whole lot of human misery without saying much that we haven’t already heard in similar shows. —Judy Berman, TIME Magazine

As for the uninitiated, The Last of Us is a worthy retelling—a perfectly acceptable way for those who don’t know their D pad from their analog stick to experience one of the great sci-fi narratives of the last decade. —A.A. Dowd, Chron

How are Pedro Pascal and Bella Ramsey? 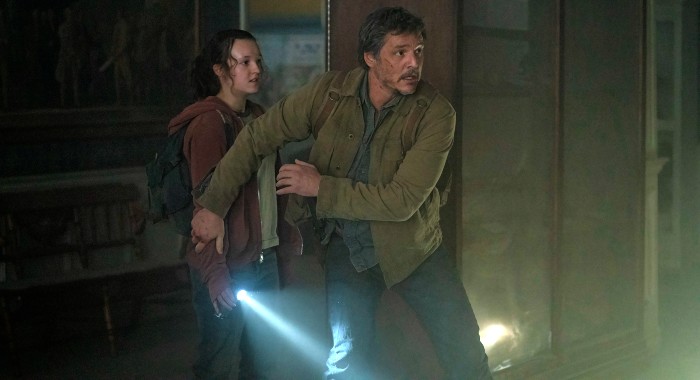 Pascal doesn’t quite read as a fiftysomething man, he compellingly wears the weight of two decades in his troubled but soft-featured face. For her part, Ramsay imbues the 14-year-old Ellie with a nuanced combination of grown-up disillusionment and childlike naïveté that lends this The Last of Us a sense of pathos even when it’s missing most of its other marks. —Pat Brown, Slant Magazine

Ramsey’s Ellie convincingly balances wide-eyed innocence (having lived her entire life in a quarantine zone, she has never even sat in a car before) with intense grit and even goofiness, leavening what might otherwise be quite a bleak watch. Pedro Pascal, meanwhile, is perfectly cast: he offers great cowboy-squinting and craggy-faced toughness, but it’s always a front, masking deep trauma and the sheer terror of being a father figure. He has never been better. —John Nugent, Empire Magazine

The talent in both of these leads is simply staggering. Both Pascal and Ramsey are able to communicate years of pain, hope, and fear in a single look. —Kayla Cobb, Decider 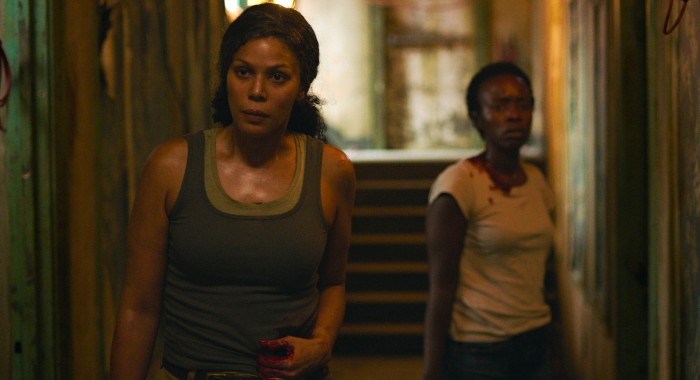 Melanie Lynskey, in one of the few new characters to the series, gives a villainous face to one of the scariest chapters, and Nick Offerman and Murray Bartlett all but secure Emmy nominations for themselves as Bill and Frank. —Dais Johnston, Inverse

It boasts what might be the touching, vulnerable performance of Nick Offerman’s career. —A.A. Dowd, Chron

Solid performances flank the pair as characters weave in and out of Joel and Ellie’s journey. These include Anna Torv as the steely Tess, Gabriel Luna as Joel’s estranged brother Tommy, and Lamar Johnson as the layered and compassionate Henry. Special mention has to go out to Nick Offerman and Murray Bartlett who are unforgettable as the melancholic Bill and Frank respectively. We spend fleeting time with some great performances that act to consistently remind us about the fragility of life. —Simon Cardy, IGN Movies

How is the writing and story pacing? 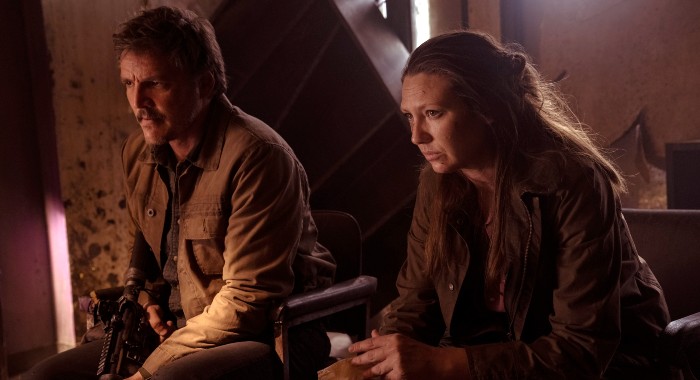 What the series adds to the original narrative is a little more perspective: Where the video game is limited to Ellie’s and Joel’s subjective experiences, the series occasionally takes the time to step away from them and show the viewer what life is like for others when Joel and Ellie aren’t passing through. —Joshua Rivera, Polygon

Squeezing the whole of the first game (and a bit more) into this season, The Last of Us can at times feel a little rushed. Some of its best moments come in the course of Joel and Ellie’s downtime, and it’s hard not to wish for a bit more of them. But at a time when so many series seem determined to stretch not enough story across too many episodes, the pace is also a bit refreshing. The story might hew a bit too close to the source material to surprise those familiar with it, but it won’t disappoint them either, and what worked in that medium works here as well. —Keith Phipps, TV Guide

The Last of Us really isn’t too concerned with the zombies. Much like the game it’s based on, the show is at its best when it’s focusing on the little things. Life’s small miracles, seen through the prism of this dynamic relationship. The ever-present threat of zombies adds a permanent tension throughout but that’s basically their biggest impact. In terms of actual zombies (or, as they’re often referred to here, “clickers”), there just aren’t that many. —Germain Lussier, i09.com

The video game, which is split into four seasons across a year, is episodic in nature, with most locations featuring a sub-plot sketched out in letters and mementos that the player finds. The show builds upon these letters and fleshes them out into fully-formed stories. And it is here, when Druckmann and Mazin are at their most audacious in terms of creative licence, that The Last of Us truly sings as television. —Stephen Kelly, BBC.com

What about the special effects and production value?

Visually, The Last of Us is often a sight to behold, even when the camera is pointed at firmly ugly subjects. Details like old paint scabbing over walls and fungal veins crawling across floors sweep convincingly through most buildings. Vast landscapes paint pictures of classic westerns, especially as the seasons change and snow carpets the ground. —Simon Cardy, IGN Movies

All of the show’s various sets, the cinematography, and the attention to detail across the board are remarkable. Specifically, I was greatly impressed by the Clickers in this show, as they’re more horrifying than ever before. HBO has pumped a lot of money into The Last of Us, and it absolutely comes across during the show’s biggest moments. —Logan Moore, ComicBook.com 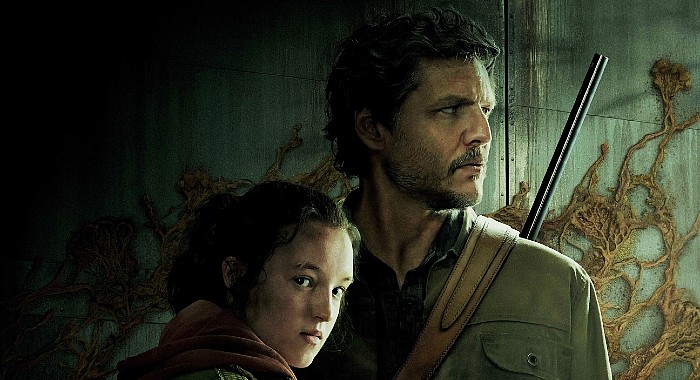 From the performances to the storytelling to the aesthetic elements, it’s an exquisitely made adaptation. But it also asks viewers to absorb a whole lot of human misery without saying much that we haven’t already heard in similar shows. —Judy Berman, TIME Magazine

Comfortably the best adaptation of a video-game ever made: one that deepens the game’s dystopian lore, while staying true to its emotional core. Like the game, it’s a masterpiece, too.—John Nugent, Empire Magazine

The Last of Us is to be praised for helping break the video game adaptation “curse” that has permeated for decades. For new audiences, The Last of Us is very much worth viewing as its story is still gripping, even when told through a new medium. —Logan Moore, ComicBook.com

The Last of Us is a sprawling, emotional epic that captures the game’s spirit while expanding on the narrative in surprising and rewarding ways. —Graeme Guttmann, Screen Rant

It doesn’t feel even remotely controversial to call this the best video game adaptation ever made. —Stephen Kelly, BBC.com