The Crown is back after a two-year break with season 5 premiering on Netflix on November 9. Peter Morgan’s sprawling drama, which is inspired by the rise of Queen Elizabeth II and the real-life events the British royal family experienced during her reign, officially enters the scandal-ridden 1990s with these new episodes.

With current events as they are, extra scrutiny has been placed on the potentially exploitative nature of the new season, which feels a bit apropos, considering how the show will explore how the royal family became highly-scrutinized in the ’90s. All that buzz aside, do the new episodes deliver the goods?

Here’s what critics are saying about season 5 of Netflix’s The Crown: 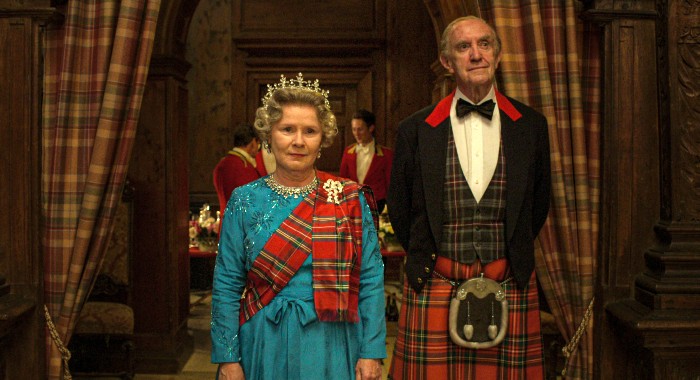 The Crown Season 5 is bad news for both the royal family and Netflix. It’s an uneven, uninspiring season of television that fails to live up to the high standard of past seasons, while also tearing into royals’ worst public and private moments.
—Meghan O’Keefe, The Decider

This means that the season is perhaps more sprawling than those that have preceded it. There are more people to cover, but some are still not given enough room to be more than bit-parts.
—Kayleigh Donaldson, The Wrap

These new episodes are largely of a piece with what creator Peter Morgan has done in chronicling earlier eras of Elizabeth’s reign. The show has always mixed recreations of extremely public moments with Morgan presenting what he imagines — or perhaps wishes, in some cases — what was happening behind the scenes. The difference here is that the royals’ private affairs played out far more publicly than ever before, particularly regarding the crumbling marriage of the prince and princess.
—Alan Sepinwall, Rolling Stone

​​Perhaps it’s merely reactive to the genuinely impressive work in the Thatcher-and-Diana era that lends the sense that the new, fifth season of The Crown is the show’s weakest outing yet: A generally scattered and unfocused show is less disciplined than ever
—Daniel D’Addario, Variety

How is Imelda Staunton as Queen Elizabeth II? 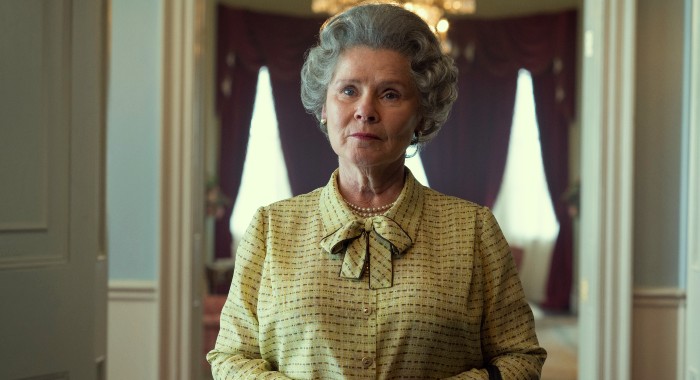 Imelda Staunton, a doyenne of stage and screen so accomplished that her list of awards has its own lengthy Wikipedia page, seemed a solid choice to portray the monarch in her golden years. In practice, though, Staunton’s Elizabeth is impassive to the point of opacity. A stiff upper lip comes with the royal territory, but Foy and Colman accessed layers beneath that surface. Staunton’s performance isn’t embarrassing, but it lacks interiority.
—Judy Berman, TIME Magazine

Imelda Staunton plays Elizabeth as a woman keenly aware of how her ageing may conflict with her duties, and brings a steely spine to the cuddly exterior that became perhaps her most iconic image.
—Kayleigh Donaldson, TheWrap

Imelda Staunton is a force of nature as Elizabeth, allowing her a grittiness and frustration that is palpable in most scenes
—Tyler Doster, AwardsWatch

What about Elizabeth Debicki as Princess Diana? 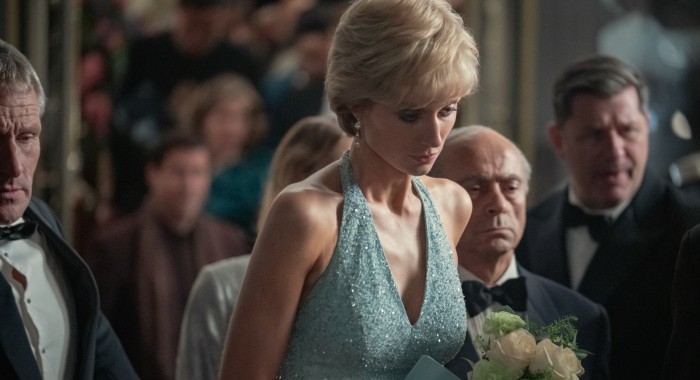 Yes, there’s the chin-tucked, lifted gaze beneath lashes expression that Di is so often associated with giving in front of the cameras, but Debicki seems to possess a clarity of understanding about the difference between the princess’s public persona and who she was in private. There’s depth and care given to the portrayal of a woman who has become so immensely dissatisfied — not just with her marriage, which has existed only in name while Charles reserves his real affections for longtime flame Camilla Parker Bowles (Olivia Williams), but also with the monarchy itself.
—Carly Lane, Collider

Although not having as much screen time as Imelda Staunton, the real takeaway from the season is Elizabeth Debicki’s stunning, empathetic performance as Diana. Debicki commands every scene she’s in, Diana’s fragility and resilience on full display every time the camera draws in on Debicki. By the time the audience sees Diana in the famed “revenge dress” a few episodes in, Debicki will have cemented in their minds as the Princess of Wales.
—Tyler Doster, AwardsWatch

There are glimpses of all these Dianas in Debicki’s performance, a highlight of the season, but mostly she comes across as a sincere, kind-hearted, and lonely, if socially ambitious, woman who got married too young, to a man whose heart belonged to someone else, while cameras rolled and minders hovered and the people who isolated her from any remnant of her previous life expected her to pretend to be OK.
—Judy Berman, TIME Magazine

But it’s Elizabeth Debicki who steals the show as Diana. Equipped with the perfect doe-eyes, heavily lined in kohl, to play the late princess, she embodies the fragility and determination of a woman at her wit’s end.
—Kayleigh Donaldson, TheWrap 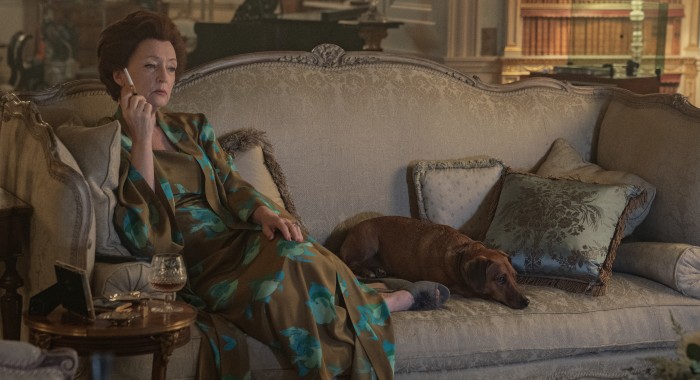 As good an actor as The Wire vet is, his Prince of Wales is doused in the historical tides. Strapping where the now-king is stiff, matinee idol West strains at fitting into the smaller space so well carved out by Josh O’Connor as the then-heir apparent in previous years.
—Dominic Patten, Deadline

Lesley Manville’s Princess Margaret is woefully underused, which seems like a mistake after casting such a phenomenal performer in the role.
—Chris Evangelista, Slashfilm

The relatively little-known Claudia Harrison follows Erin Doherty as another inspired choice for the Princess Royal, a perfect balance of severity and warmth, while Jonathan Pryce as Prince Philip offers a masterclass in creating a convincing impression of a person without looking anything like them
—Hugh Montgomery, BBC.com

The exception is Jonny Lee Miller as Prime Minister John Major, which is astonishingly generous to the politician once decried for his dullness. While Miller is talented, he never looks or acts like anything other than a handsome man in a curious grey wig.
—Kayleigh Donaldson, TheWrap

Does the writing deliver? 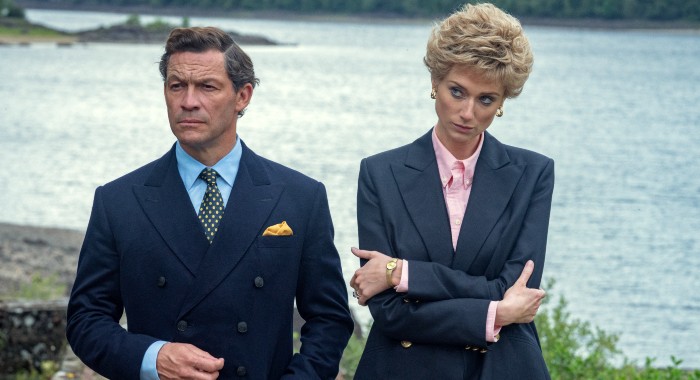 Season 5 is woefully deficient in its focus, which in turn puts too great a burden on the actors and production.
—Ben Travers, IndieWire

Charles and Diana’s divorce at times feels like the primary engine of the season, but then they’ll vanish altogether for a while as we catch up with Peter Townsend, or see Elizabeth travel to Russia to deal with some very old family business regarding the massacre of the Romanovs. It becomes difficult for any one story to maintain the necessary momentum, especially since the show as usual leaps forward months or even years from one hour to the next.
—Alan Sepinwall, Rolling Stone

While the acting is no longer stellar across the board, and a vividly evoked Queen Elizabeth no longer dominates the story, the narrative itself becomes richer than ever.
—Judy Berman, TIME Magazine

Unfortunately, writer and creator Peter Morgan struggles to find the balance between classy and trashy that defined earlier seasons
—Meghan O’Keefe, The Decider

What do the British critics think of it? 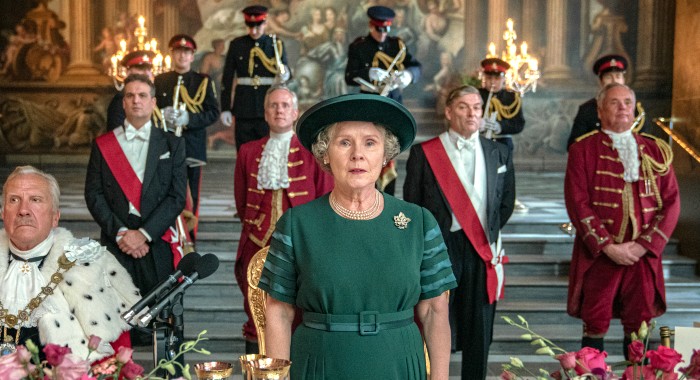 Despite the thousands of outraged words that have been written accusing it of turning the royal family into a cheap soap opera, I’m afraid the first three episodes are ditchwater dull. But here’s the good news. It gets better. Much better.
—Carol Midgley, Times (UK)

This series, when it hits its stride in the second half at least, is compelling as soap opera.
—Hugh Montgomery, BBC.com

This series of The Crown is unrecognisable in its tone, compared to the original series in 2016. This show with its almost unlimited budget and all-star cast has become a monstrous perversion of itself.
—Christopher Stevens, Daily Mail (UK)

These new episodes are bitty and often just boring, with Morgan casting around for side plots to hide the fact that everything he has to say about the Windsors has already been said.
—Jack Seale, Guardian

This was once a superior costume drama, moments of 20th-century history packaged into an upmarket soap opera. But as the storylines catch up with the present, the show is edging towards trashy telenovela.
—Anita Singh, Telegraph (UK) 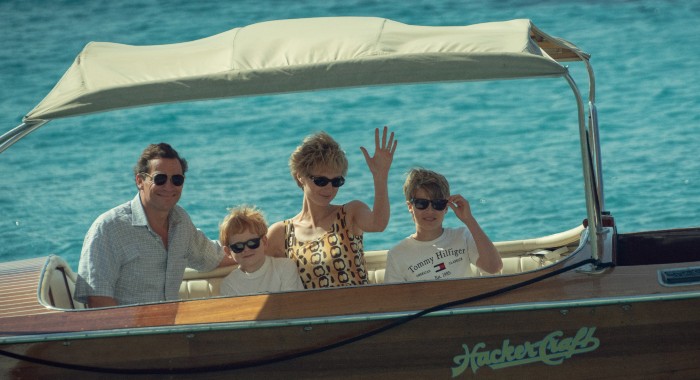 Season Five continues the ongoing discussion about the struggle between royal traditions and the demands of modernity. But it almost feels meta now that the new episodes are taking place in a time that resembles our own far more than the Foy and Colman seasons did. The Queen accidentally watching Beavis and Butt-Head is one thing; do we want to get to someone attempting to teach her about memes and TikTok?
—Alan Sepinwall, Rolling Stone

As in years past, the heart of the series remains creator Peter Morgan’s disarming compassion for the human souls within this lofty institution.
—Angie Hahn, Hollywood Reporter

A destination that will make up no small part of the mad dash of the sixth and final season of The Crown. Minus Helen Mirren and Michael Sheen, it’s a season that already feels like too far in the past and too far in the future to be worth going the distance for anymore — rules or no rules.
—Dominic Patten, Deadline

But, to borrow a phrase from Queen Elizabeth’s own speech about her bad year, this is not a season on which I shall look back with undiluted pleasure.
—Daniel D’Addario, Variety