In honour of Shutter Island, join as as we go insane in the film frame with our disturbed dozen...

Go crazy? Don’t mind if we do. The weirder recesses of the mind have always been one of cinema’s favorite subjects, be they dramatic explorations of real-life disorders or wildly outsized cartoon villains who find scenery chomping and world domination works as better therapy. With Martin Scorsese’s lunatic asylum-set thriller Shutter Island pushing audiences to the brink of movie madness this week, we felt it high time to cast our crazy eye across a dozen of the most disturbed — and disturbing — motion-picture mental patients to ever be pumped full of Thorazine on the silver screen. So sit back, relax, and prepare to go insane in the film frame. This won’t hurt a bit.

In writer-director Sam Fuller’s drama, ambitious journalist Johnny thinks he’ll get a Pulitzer Prize if he poses as a mental patient and blows the lid off conditions in a psych hospital. In the booby hatch, he encounters a traumatized and traitorous Korean War veteran who hallucinates in travelogue color sequences, an African American student who carries a sign that uses the N-word to protest against integration, and an atonally bellowing bearded weirdo who may just be a distant cousin to John Goodman. No surprises that Johnny starts tripping out, which involves flashes of his girlfriend shimmying pleasantly — and less pleasant ideas that she’s his sister. Instead of journalism’s top honor, Johnny wins a lifetime membership in Club Crazyland.

While the late Brittany Murphy had already won acclaim for her supporting role of Daisy, a sexually abused and suicidal self-harmer in Girl, Interrupted, it was her performance as the deeply disturbed Elisabeth in Don’t Say A Word that really announced the actress to the world as a talented leading lady. Her freaky, vulnerable, sympathetic and spooky performance (her girlish, mocking delivery of the line “I’ll never tell” still haunts) was the highlight of this thriller. What’s amazing is that Murphy nailed the characterization from the first, as this extraordinary screen test footage opposite veteran Michael Douglas attests.

In Robert Wiene’s seminal German Expressionist horror, our hero Francis relates the terrible tale of his attempts to thwart Dr. Caligari and his murderous sleepwalking slave Cesare. Thing is, while Francis manages to get the maniacal Caligari committed, it turns out that he’s something of an unreliable narrator. Without spoiling things too much, let’s just say that all of those strangely slanted sets and askew shadows are more than just a production designer’s whimsy and that Caligari is a doctor of a very different sort.

Jessica Lange’s most powerful work was as real-life actress Frances Farmer. This tragic figure’s outspoken attitude in patriarchal Hollywood of the 1930s and ’40s, along with her erratic behaviour, alcohol problems and sometimes violent relationship with her overbearing mother, saw her confined to various mental institutions for years, where she suffered insulin and electro-convulsive therapies, along with other degradation and abuse. Lange’s meltdown scenes — particularly the “F–k you all!” sequence in which she punches out a passive-aggressive make-up woman — helped her along to an Academy Award nomination as Best Actress in 1983. She lost out to Meryl Streep for Sophie’s Choice, but still won Best Supporting Actress that year for her altogether sunnier work in Tootsie.

If you should find yourself locked in the secure ward of a mental institution with a particularly buff chick who reckons that a killer robot from the future has been sent back through time to kill her and her son and that the machine-instigated Armageddon is just around the corner, then you’d be wise to listen the hell up, pronto! That’s because it won’t be long before her story is vindicated when not one but two such creations come storming through the facility, guns blazing and liquid metal shapeshifting. Just so’s you know, if it comes down to it, the safest place to be is with the crazy gal, the kid with the weird hair and the robot man who looks like the Governor of California.

He’s just a minor violent criminal sent to an institution for a mental evaluation because he’s “belligerent, talked when unauthorized, resentful in attitude to work in general” and “lazy”. Thus McMurphy finds himself, like his befuddled fellow patients, under the tyrannical control of Nurse Ratched. Infuriated, Crazy Ass Randle, like Cool Hand Luke before him, becomes something of a freedom fighter, determined to liberate himself and his psychotic pals, if not physically then at least mentally. The price he has to pay? The very freethinking ability he holds so dear. Jack Nicholson, born to play the part, won the Best Actor Oscar for this role, with the film becoming only the second (after 1934’s It Happened One Night) to win all five major Academy Awards. 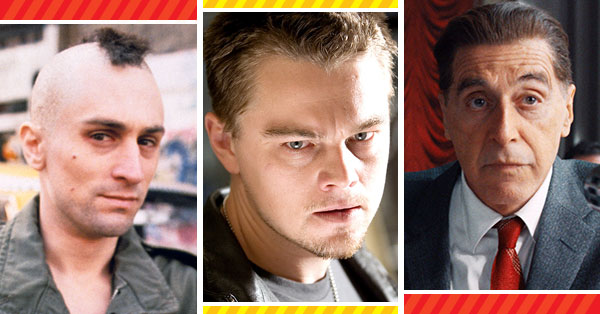 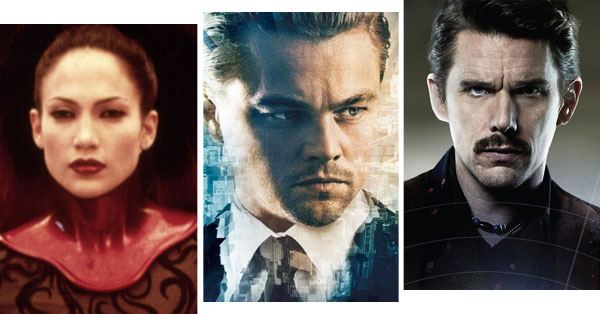