Rian Johnson's Knives Out 2, The Woman King,starring Viola Davis, and a Weird Al Yankovic biopic are all set to premiere at the Toronto International Film Festival 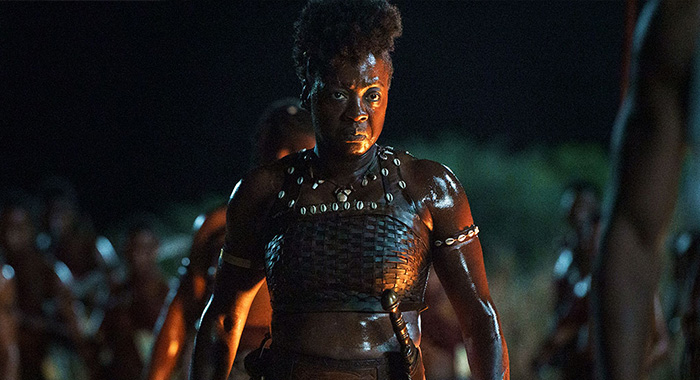 Part of TIFF’s allure to awards season also lies in having the most significant Oscar precursor award of the major fests. The TIFF People’s Choice Award, which is voted on by the festival’s public audience, has had significant Oscar weight behind it ever since Chariots of Fire came from nowhere to win the award in 1981, and then went on to win Best Picture. But the award has taken on even more significance in the last decade, as the last 10 winners have all gone on to be Best Picture nominees, and three of them — 12 Years a Slave, Green Book, and Nomadland — won the big prize.

When TIFF launched in 1976, it was called The Festival of Festivals, and the idea behind it was to unite the best films of the great European festivals — Cannes, Venice, and Berlin — and bring them to a North American audience. Over the decades TIFF has grown into one of the world’s largest film festivals, but that original spirit still rings true, and undoubtedly many of this year’s TIFF highlights will be holdovers from other fests, like Decision to Leave and Triangle of Sadness from Cannes, The Son and The Whale from Venice, or Women Talking and Empire of Light from Telluride.

But TIFF has also become a major destination for big premieres itself, and in recent years films like Knives Out, If Beale Street Could Talk, Jojo Rabbit, Widows, and I, Tonya have all opted to debut with Canadian audiences. With that in mind, here are 11 films making their world premieres at this year’s TIFF that we’re especially excited about. 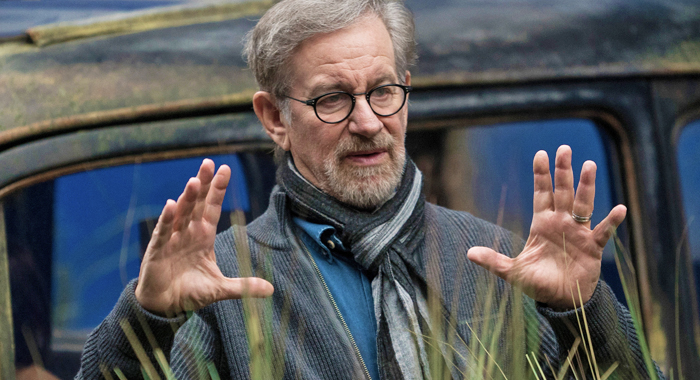 Official Synopsis: Steven Spielberg’s most personal film yet is based on the master director’s childhood passion for moviemaking, and the family dynamics that found their way into his work.

Why We Want To See It: Aside from the obvious reasons for excitement — it’s by Spielberg, and it’s a semi-autobiographical movie about his childhood — there are a few other major things that have us foaming at the mouth for this one (as if being a new Spielberg film weren’t enough). First off, The Fabelmans was written by Spielberg and Tony Kushner, and the three previous films those two have worked on together (Munich, Lincoln, and West Side Story) have all been tremendously lauded Best Picture nominees. And second, it’s extremely rare for a Spielberg film to premiere at a film festival, and this is actually the first time Spielberg has ever taken a film to TIFF. So why now? Maybe an end-of-the-year premiere, as Spielberg Oscar contenders typically go with, seems too crowded and competitive this year, with Avatar and Black Panther sequels looming large. But regardless of the reason, a Spielberg film at a festival is a serious cause for excitement. 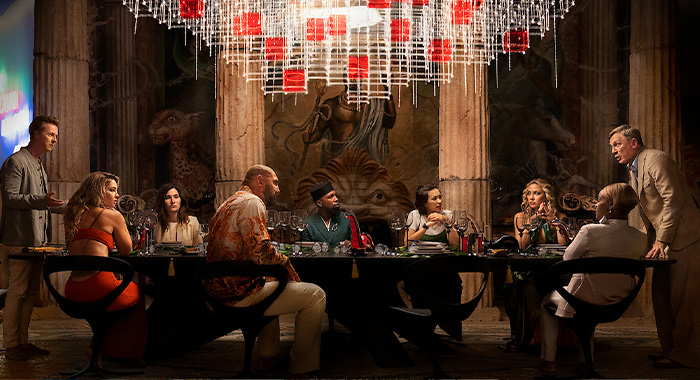 Why We Want To See It: 2019’s Knives Out managed to not only be a wildly fun movie that delighted critics and audiences, it also breathed fresh air into a long dormant genre, while somehow telling a story that was distinctly about our current national moment. With Glass Onion, Craig is back as Benoit Blanc, and this time he’s joined by an all new all-star cast that includes Ethan Hawke, Edward Norton, and Kathryn Hahn. Can Johnson do it again? We’re excited to find out. Glass Onion was made by Netflix, who are notoriously starving for any IP with franchise potential. So if this is good and audiences like it, we could be rewarded with a steady helping of more Benoit Blanc mysteries in the years to come.

Official Synopsis: Featuring a thrilling performance from Oscar winner Viola Davis, this epic tale brings to life the true story of the Agojie, the all-female military regiment charged with protecting the embattled African Kingdom of Dahomey.

Why We Want To See It: It wasn’t too long ago that a biopic of a female African general (played by Davis) would’ve never gotten made at all, let alone given a real budget and marketing campaign. But here we are, and The Woman King appears poised to seize the opportunity. Director Gina Prince-Bythewood (Love & Basketball, The Secret Life of Bees) delivered a killer action film with 2020’s The Old Guard, and she’s long been seen as someone ready to make a major leap into A-List auteur status. The Woman King could be the movie that does it for her.

Why We Want To See It: Between this and Don’t Worry Darling, his collaboration with Olivia Wilde (premiering a week earlier in Venice), Harry Styles will have a true moment this fall. While Styles has made the most of supporting roles in films like Dunkirk, whether or not he can be a true leading man (or an Oscar contender, for that matter) remains to be seen. My Policeman also marks the film directorial debut for Michael Grandage, one of the UK’s most decorated theatre directors. But TIFF seems confident this will be one of the true highlights of this year’s fest, as they’ll be presenting the entire principal cast with a tribute award, marking the first time TIFF has bestowed such an honor on an ensemble.

Official Synopsis: The culture of haute cuisine gets thoroughly roasted in this sharp satire from director Mark Mylod (Succession), starring Anya Taylor-Joy (The Queen’s Gambit) and Ralph Fiennes (The Grand Budapest Hotel), about a destination-dining experience with unexpected surprises.

Why We Want To See It: When production for The Menu was first announced in 2019, it was with Alexander Payne as director and Emma Stone set to star. So any project that draws the interest of those two certainly also has ours. But if the trailer is any indication, the resulting film still looks incredible. This culinary thriller was produced by Adam McKay, so it’s sure to have some biting social commentary, and it could be a major breakout for director Mylod, who’s mostly been known for his work on prestige TV series like Game of Thrones and Succession. 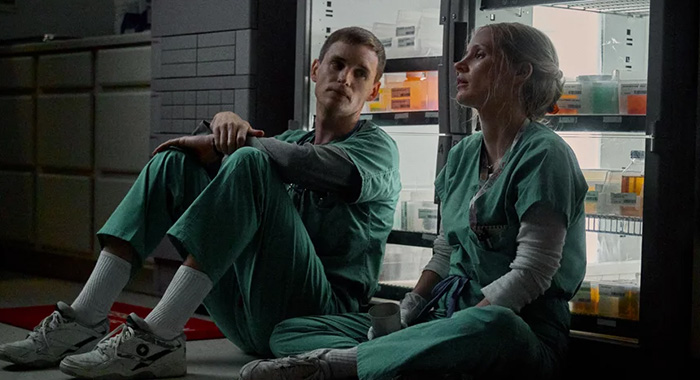 Official Synopsis: Jessica Chastain plays a hospital nurse faced with the growing suspicion that her co-worker and friend (Eddie Redmayne) is quietly killing off patients, in this true-crime thriller from Tobias Lindholm.

Why We Want To See It: Chastain is our reigning Best Actress queen, so her next project merits attention for that alone. But Tobias Lindholm is a filmmaker we’ve long had our eye on. As a screenwriter, he’s known for his amazing collaborations with Oscar winner Thomas Vinterberg on Danish films like Another Round and The Hunt, but Lindholm has also made some wonderful films himself, such as 2013’s criminally underseen A Hijacking. This true crime thriller is his first English-language film, and it could kick start the next phase of an already fascinating career.

Official Synopsis: Set during the Korean War, this visceral film tells the story of the U.S. Navy’s first Black aviator and his dedicated wingman, pilots who both confront geopolitical uncertainty and racist hostility with uncommon valour.

Why We Want To See It: In the wake of Top Gun: Maverick (which also featured Glen Powell) becoming one of the most successful films of all time, we can’t deny that we’re already a bit thirsty for another rousing fighter pilot adventure, and this timely story should scratch that itch nicely. Powell and Jonathan Majors — who’s coming off Loki and The Harder They Fall — are two of the most exciting young stars in the industry, and Sony Pictures has Devotion set for an audience-friendly Thanksgiving-weekend release, so this could be one of the Fall’s major crowd pleasers. 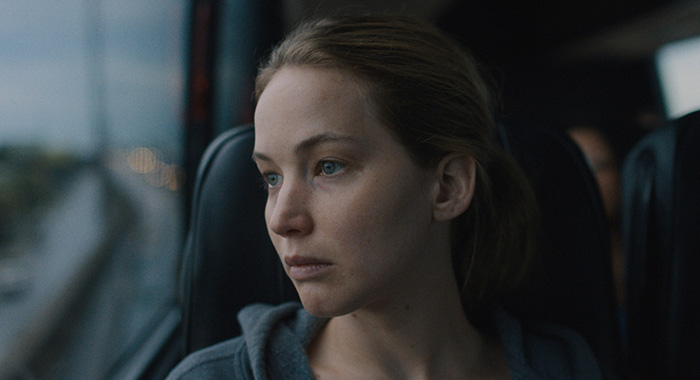 Official Synopsis: Oscar winner Jennifer Lawrence gives a heartrending performance in Lila Neugebauer’s feature directorial debut, which peers deep into the wounds that soldiers retain from armed conflict — and those they carried with them going in.

Why We Want To See It: Lawrence has reached that rarified territory of actors where just the very nature of them being in something makes the movie seem like a potential awards player. And Causeway also happens to be from Apple, the studio behind last year’s Best Picture winner, CODA, and the first streaming studio to take the top prize at the Oscars. Apple’s presumptive contender this year was going to be Martin Scorsese’s Killers of the Flower Moon, but with that film now pushed into 2023, Apple might suddenly have a lot of unclaimed awards campaign resources to throw behind Causeway if it gets good reviews out of TIFF. Early pre-premiere whispers are touting Lawrence and her co-star Brian Tyree Henry for deep runs this Oscar season.  This would serve Henry with some long-gestating poetic justice — his snub for If Beale Street Could Talk was criminal and must be avenged as soon as humanly possible.

Official Synopsis: Elegance Bratton’s remarkable debut, inspired by the filmmaker’s own life story, follows a man (Jeremy Pope) who joins the Marine Corps after being thrown out of his mother’s home at 16 for being gay and living for years in housing precarity.

Why We Want To See It: We’ve seen A24 bet big on feature debuts by unknowns before, and we’ve been rewarded with results like Hereditary, The Witch, and The Last Black Man in San Francisco. Could The Inspection join that list? Time will tell, but with an opening night slot at TIFF, a closing night slot at the New York Film Festival, and an awards-friendly November release date, this one looks like all the right people have some serious belief in its quality. And then there’s the amazing, heart-wrenching trailer, which looks like Moonlight and Full Metal Jacket somehow had a baby. 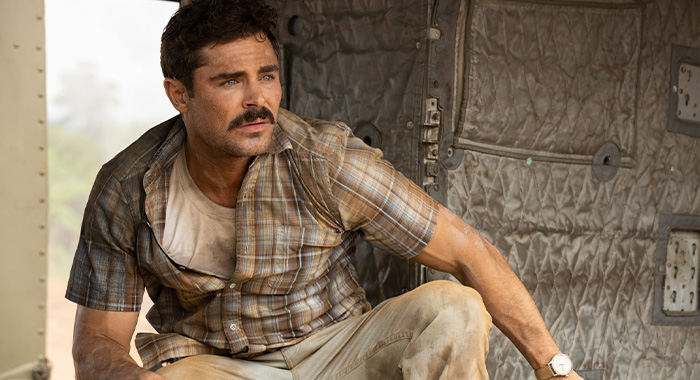 Official Synopsis: Zac Efron and Russell Crowe star in Peter Farrelly’s follow-up to Green Book, about a merchant seaman who, in 1967, accepted a bet to personally deliver a case of beer from New York to his army buddies in Vietnam.

Why We Want To See It: Love it or hate it, Farrelly’s last movie (Green Book) won Best Picture. So his new one has to be taken seriously as a potential Oscar player. And at the very least, The Greatest Beer Run Ever has a memorable title working in its favor. Plus, Crowe looks to be in Nice Guys mode (an obvious notch in the “pro” column), and — need we say it? — we’re an automatic “yes” for anything starring Bill Murray. 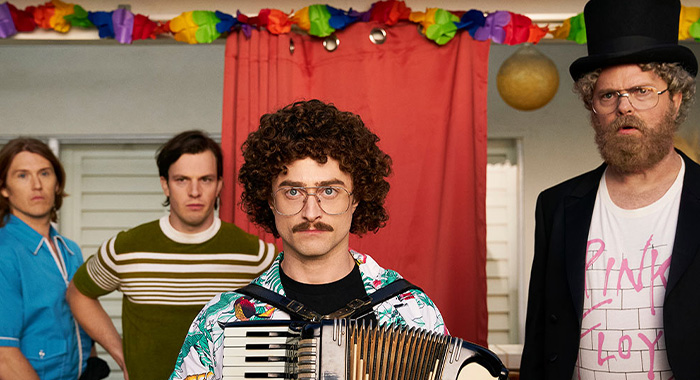 Why We Want To See It: It’s a “hyperbolic” biopic. Of Weird Al. Starring Daniel Radcliffe. Need we say more? Oh, OK, one more thing: Weird is the first original film by The Roku Channel, where it will be exclusively streaming starting this November. Can the streaming wars handle another player launching themselves into the fold? We’re curious to find out.