The 10 Buzziest Titles at the 2021 Sundance Film Festival

This year’s Sundance Film Festival will look drastically different than it did last year, when it was one of the final film festivals to have in-person attendance. Last year, Miss Juneteenth, Palm Springs, and The Forty-Year-Old Version debuted to critical acclaim, setting up their runs for trophies in 2021. This year, the Park City festival will be primarily conducted virtually, but that isn’t to say there isn’t plenty of buzz on this year’s slate. With debuts from names like Rebecca Hall and Robin Wright and alums Lin-Manuel Miranda and Zoe Lister-Jones returning with new offerings, this is still on track to be one of the best — albeit strangest — years yet.

Normally, journalists, filmmakers, studios, producers, and film fans alike head to Park City every year with one question on their mind: Who will break out of the pack? After looking over the offerings, these are our picks for who is heading to the annual event with the most buzz and why we are so excited to catch them. 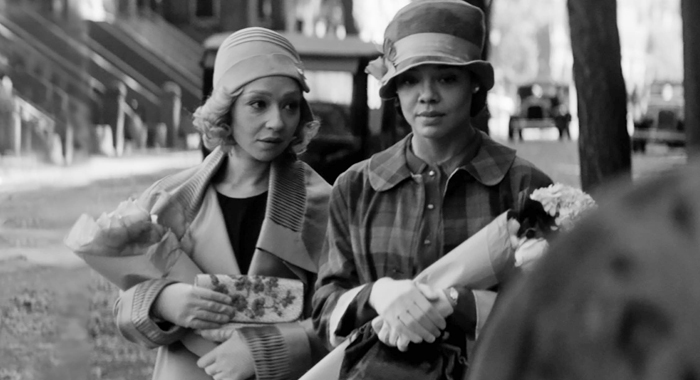 Official Synopsis: Irene Redfield (Tessa Thompson), a refined, upper-class 1920s woman, finds breezy refuge from a hot summer day in the grand tearoom of New York City’s Drayton Hotel. Across the room, she spots a blond woman staring her down. Irene wants to steal away, but before she can, Clare Kendry (Ruth Negga) rushes over to stop her. It turns out the two were in high school together, and while both are African American women who can “pass” as white, they have chosen to live on opposite sides of the color line. Now, their renewed acquaintance threatens them both.

Why we want to see it: Rebecca Hall has made a name for herself as a talented indie darling with a varied filmography of challenging projects, so her directorial debut starring two of the hottest actresses in Hollywood would be an easy choice for a buzzy title. However, the little-known the fact that Hall, who presents as white, is actually of mixed-race heritage — something that was once seen as a hindrance to financing — is an intriguing nugget of information about the filmmaker and her perspective on the story. Hall’s producers even said that, though they loved the script, they were hesitant to join because they were under the impression Hall was white and therefore less equipped to tackle the film’s subject matter. Passing is sure to spark conversation this season, and we can’t wait to see what Hall has in store. 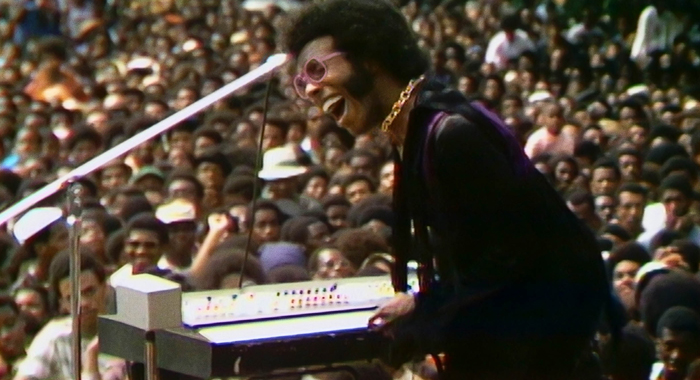 Official Synopsis: In 1969, during the same summer as Woodstock, a different music festival took place 100 miles away. More than 300,000 people attended the summer concert series known as the Harlem Cultural Festival. It was filmed, but after that summer, the footage sat in a basement for 50 years. It has never been seen until now.

Why we want to see it: Ahmir “Questlove” Thomspon was already an accomplished, award-winning musician when his band The Roots were tapped to be Jimmy Fallon’s house band on The Tonight Show. Since then, he has become a household name with more than few film credits, including his recent voice performance in Pixar’s Soul. We think Sundance attendees will be well pleased to see his directorial debut about the lesser-known Harlem Cultural Festival, which took place during the same summer as the famed Woodstock music festival just 100 miles away.

Official Synopsis: The poignant story of one woman’s search for meaning in the vast and harsh American wilderness. Edee (Wright), in the aftermath of an unfathomable event, finds herself unable to stay connected to the world she once knew and, in the face of that uncertainty, retreats to the magnificent but unforgiving wilds of the Rockies. After a local hunter (Demián Bichir) brings her back from the brink of death, she must find a way to live again.

Why we want to see it: Let’s be honest, Robin Wright is known for stunning debuts. Starting with her first major film role in The Princess Bride to her streaming debut in the Netflix flagship series House of Cards, Wright has never been an actress to shy away from challenging and dynamic performances. With the survival story Land, Wright not only stars but also makes her feature directorial debut. Wright has gone on to say she has found new power in directing, and if it’s anything like what we saw with General Antiope in Wonder Woman, we can’t wait to see how she wields it. 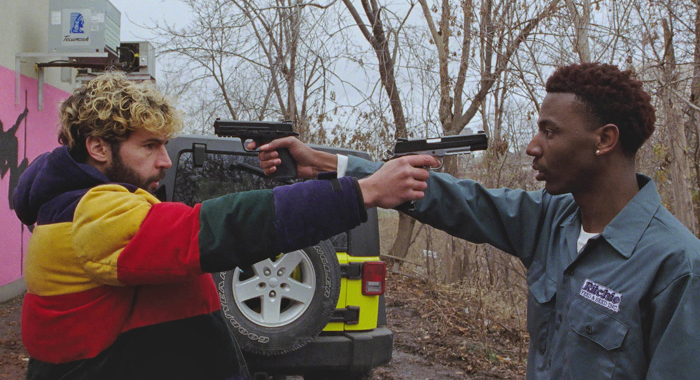 Official Synopsis: Val (Jerrod Carmichael) has reached a place where he feels the only way out is to end things. But he considers himself a bit of a failure — his effectiveness lacking — so he figures he could use some help. As luck would have it, Val’s best friend, Kevin (Christopher Abbott), is recovering from a failed suicide attempt, so he seems like the perfect partner for executing this double suicide plan. But before they go, they have some unfinished business to attend to.

Why we want to see it: Jerrod Carmicheal’s groundbreaking television sitcom The Carmichael Show was equally frustrating and liberating, but since then, he has gone on to serve as executive producer and showrunner for Ramy Yousef’s critically acclaimed series Ramy. After cutting his teeth with Comedy specials and docs, Carmicheal makes his narrative debut with On The Count of Three. The fast-paced buddy comedy should capitalize on the former comic’s comedic timing and laser-sharp cutural commentary, and with Indie Fresh List regular Christopher Abbott on hand to lend an air of gravitas to the project, this is not one to be missed. 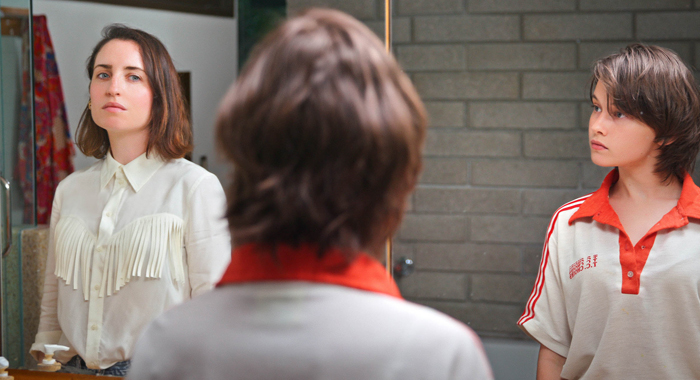 Official Synopsis: On the day an asteroid is scheduled to obliterate Earth, freewheeling Liza (Zoe Lister-Jones) scores an invite to one last wild gathering before it all goes down. Making it to the party won’t be easy, though, after her car is unceremoniously stolen, and the clock is ticking on her plan to tie up loose ends with friends and family. With a little help from her whimsical younger self (Cailee Spaeny), Liza embarks on a journey by foot across Los Angeles as she seeks to make peace with her regrets — and find the right company for those last few hours.

Why we want to see it: Though it may seem strange given the current state of the world, Zoe Lister-Jones’ apocalyptic comedy How it Ends looks to be a darkly funny take on the end of the world. Since debuting at Sundance with Band Aid in 2017, Lister-Jones has amassed an impressive filmography both in front of and behind the camera. 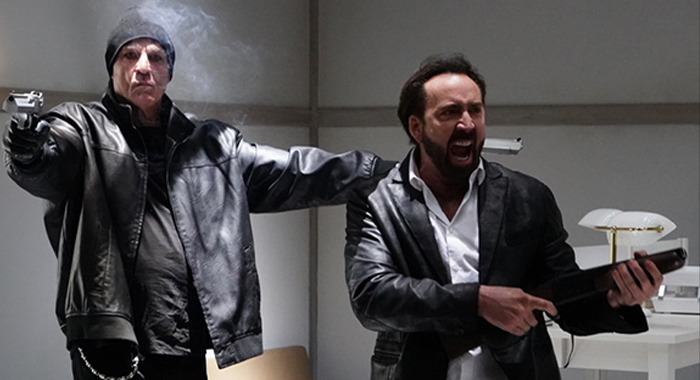 Official Synopsis: A ruthless bank robber (Cage) is sprung from jail by wealthy warlord The Governor (Moseley), whose adopted granddaughter Bernice (Boutella) has gone missing. The Governor offers the prisoner his freedom in exchange for retrieving the runaway. Strapped into a leather suit that will self-destruct within three days, the bandit sets off on a journey to find the young woman — and his own path to redemption.

Why we want to see it: Nicolas Cage has recently come out to say that Prisoners of Ghostland is his “wildest” role yet. Coming from the actor who has never met a role that was too weird or a line read he couldn’t take to another gear, it will be interesting to see if the film can live up to that ringing endorsement, but we are more than eagerly hoping he is right. Let’s just be honest: crazy Nic Cage is the best Nic Cage. 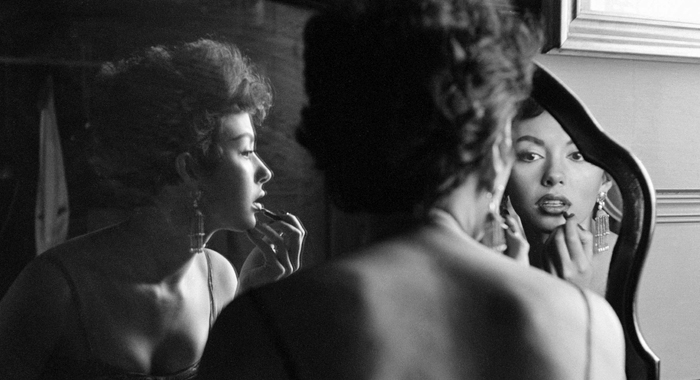 Official Synopsis: Rita Moreno defied both her humble upbringing and relentless racism to become one of a select group who has won an Emmy, Grammy, Oscar, and Tony Award. Over a 70-year career, she has paved the way for Hispanic-American performers by refusing to be pigeonholed into one-dimensional stereotypes.

Why we want to see it: Before she makes a return to the world of her iconic performance as Anita in West Side Story or appears in Lin-Manuel Miranda’s upcoming musical adaptation of In the Heights, it’s not a bad idea to take an intimate look at one of the early pioneers of Latinx representation in Hollywood. And let’s be honest, it’s gonna be so much fun seeing what she has to say reflecting on her long, storied career.

Screenwriter: Will Berson and Shaka King

Official Synopsis: Fred Hampton’s cathartic words “I am a revolutionary” became a rallying call in 1969. As chairman of the Illinois chapter of the Black Panther Party, Hampton demanded all power to the people and inspired a growing movement of solidarity, prompting the FBI to consider him a threat and plant informant William O’Neal to infiltrate the party. Judas and the Black Messiah not only recounts Hampton’s legacy and the FBI’s conspiring but also gives equal footing to the man who became infamous for his betrayal — highlighting the systems of inequality and oppression that fed both of their roles.

Why we want to see it: Daniel Kaluuya is likely going to win an Oscar for his portrayal of the revolutionary Civil Rights leadeer and Black Panther Founder. Still, if you need more, co-writer and director Shaka King is a vibrant and talented filmmaker, and with an ensemble that includes LaKeith Stanfield, Jesse Plemons, and Dominique Fishback, this taut historical thriller has never been told with a cast like this.

Official Synopsis: Ruby (Emilia Jones) is the only hearing member of a deaf family. At 17, she works mornings before school to help her parents (Marlee Matlin and Troy Kotsur) and brother (Daniel Durant) keep their Gloucester fishing business afloat. But in joining her high school’s choir club, Ruby finds herself drawn to both her duet partner (Ferdia Walsh-Peelo) and her latent passion for singing. Her enthusiastic, tough-love choirmaster (Eugenio Derbez) hears something special and encourages Ruby to consider music school and a future beyond fishing, leaving her torn between obligation to family and pursuit of her dream.

Why we want to see it: As the recent film Sound of Metal proved, disability representation on screen is woefully behind reflecting the audience it intends to serve. Films like that and Sian Heder’s CODA , a remake of the French film La Famille Bélier, go a long way toward rectifying that oversight on screen. Using a cast of primarily deaf actors and the Children of Deaf (or Hearing Impaired) Adults — or CODA for short — the film examines the lives of those who exist in the margins of an already marginalized community. 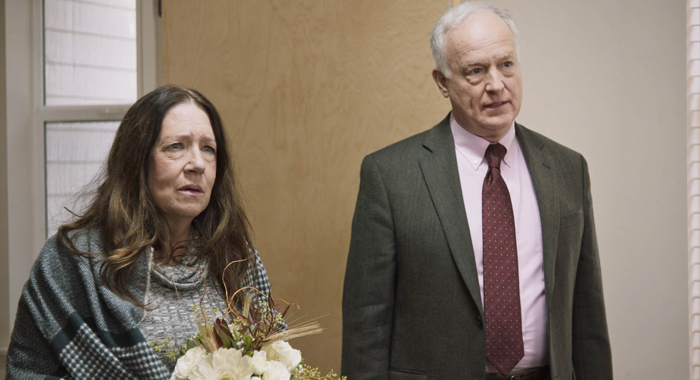 Official Synopsis: Imagine the most dreaded, tense, and emotionally draining interaction you could find yourself in and multiply it by 10. That is exactly what two sets of parents — Richard (Reed Birney), Linda (Ann Dowd), Jay (Jason Isaacs), and Gail (Martha Plimpton) — are facing. Years after a tragedy caused by Richard and Linda’s son tore all their lives apart, Jay and Gail are finally ready to talk in an attempt to move forward.

Why we want to see it: A tragic but important footnote to the current state of the world is that, due to pandemic-related quarantine orders, there have been no school shootings in the United States for the first time in decades. Mass, which will feel familiar to those who watched We Need to Talk about Kevin, focuses on the parents of not just the perpetrator but also those of the victims of a mass school shooting, setting up the chance for powerful Oscar-worthy performances from leads Jason Issacs and Ann Dowd.

The Sundance Film Festival runs from January 28 to February 3.