Critics say the hit Apple TV+ series keeps the feel-good antics flowing in its second season, while maintaining its heart.

Premiering during the height of the COVID-19 pandemic, Ted Lasso became the feel-good sports comedy we didn’t know we needed. The series from Jason Sudeikis, Bill Laurence, Brendan Hunt, and Joe Kelly slowly found its way into our hearts, garnering multiple accolades and a Peabody Award along the way.

The gist of the program follows U.S. Football Coach Ted Lasso (Sudeikis) as he travels from America to the U.K. to coach a struggling soccer team. Season 1 put underdog team AFC Richmond on competitive ground, even though they faced a loss and were relegated. Now Lasso and his crew — Rebecca (Hannah Waddingham), Coach Beard (Hunt), Keeley Jones (Juno Temple), Higgins (Jeremy Swift), Nathan (Nick Mohammed) — must maintain the team’s relevancy in the professional sports world while dealing with personal challenges along the way.

With new episodes launching on AppleTV+ on Friday, July 23, and a third season in development, does the show still hit the mark? Here’s what critics are saying about Ted Lasso season 2:

HOW DOES IT COMPARE TO SEASON 1? 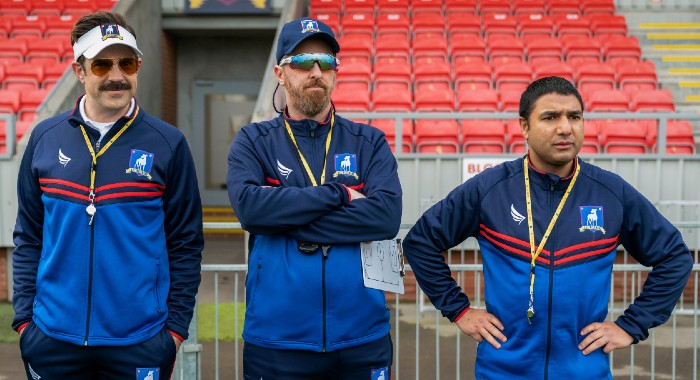 ​​The premiere does get off to a bumpy start with a clunky plot point that’s out of character for a normally grounded series, but it leads to the introduction of Season 2’s big addition: sports psychologist Dr. Sharon Fieldstone, played by Sarah Niles (I May Destroy You). She’s brought in to help get the players’ heads on straight, and she quickly lets Ted know she’s not a fan of juvenile horseplay… or cookies. The players love her, but she’s seemingly immune to Ted’s charms — and her arrival triggers a fresh wave of anxiety in the old ball coach.
– Dave Nemetz, TVLine

Luckily, after a less-than-successful start to the season, Ted Lasso quickly regains its footing, and the writers reveal they haven’t completely forgotten how to make good TV.
– Kaitlin Thomas, Paste Magazine

In the opening minutes of the new season’s first episode (“Goodbye Earl”), Ted eloquently espouses on how life and death can make us better people, evoking the heightened dramedy of Lawrence’s Scrubs. The episode also carries a reminder to avoid blanket assumptions as “all people are different people” as well as the insight that “intimacy is leaving yourself open to being attacked.” Pearls of wisdom deployed as easily digestible sitcom bites.
– Brandon Katz, Observer

WHAT ARE THE BIG THEMES THIS SEASON? 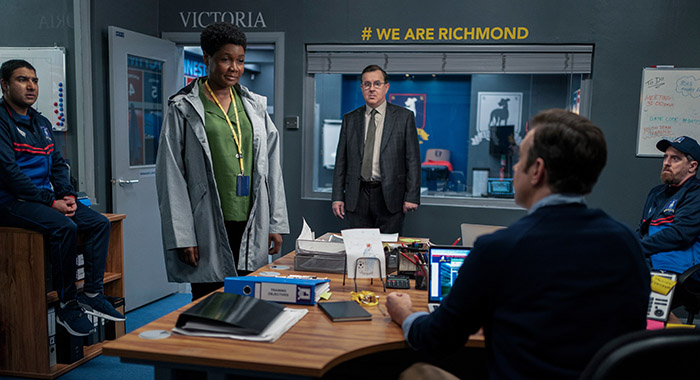 ​​If Season 1 was a fish-out-of-water story about a man who succeeds through kindness and positivity and baking really great biscuits, then Season 2 is all about the health and success of the team and expanding the narrative beyond Ted’s immediate influence on those around him.
– Kaitlin Thomas, Paste Magazine

Hopefully, the addition of stern sports psychologist Dr. Sharon Fieldstone (Sarah Niles) will help correct that balance. Her presence alone is evidence enough that – contrary to how this show often positions him – Lasso doesn’t have the answers to all of life’s questions. In the season premiere, Sharon is deliberately written as distant and enigmatic, which doesn’t give Niles a huge amount of room to play, but the character’s potential is already clear to see.
– David Craig, Radio Times

Ted Lasso embraces the fact that life is sometimes very hard; it’s just also committed to the idea that we can still make it easier for each other.
– Liz Shannon Miller, Collider

DOES IS STILL HIT THE FEEL-GOOD MARK? 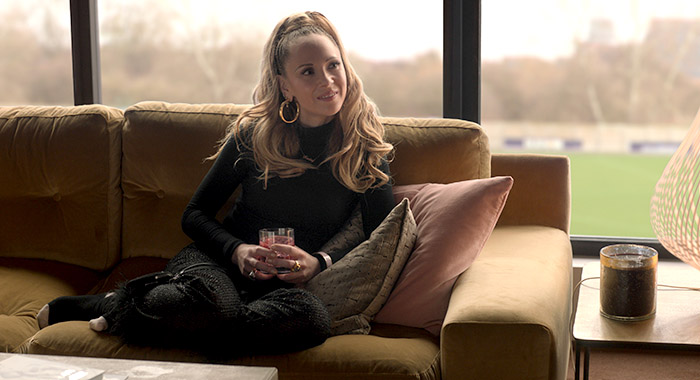 The emotional intelligence of Ted Lasso remains remarkably high. It’s what continues to elevate the series above common feel-good stories, which are often given a pass by audiences to exist as middle-of-the-road creations that opt for simplicity over nuance. But Ted Lasso is a more aspirational entry in this specific lane of storytelling.
– Brandon Katz, Observer

So much of its appeal lies in its essential good-naturedness — that belief that good people model goodness for each other, and that selflessness and community thinking can make everyone feel, work, and live better.
– Clint Worthington, Consequence

The laughter quotient remains high for me; the more things change, the funnier things get, in large measure because the characters are better defined and the actors have a better handle on what makes their personalities distinctive, and different from everyone else.
– Peter Martin, ScreenAnarchy

The show’s success would be meaningless without the eloquent, witty, and refreshing writing, which only grows more powerful as it progresses. In some ways, the new season of Ted Lasso changes right in front of our eyes. Previously a baby, the story is now reaching its full potential, with the characters maturing and learning new things about life.
– Zofia Wijaszka, AwardsWatch

HOW IS JASON SUDEIKIS’ PERFORMANCE? 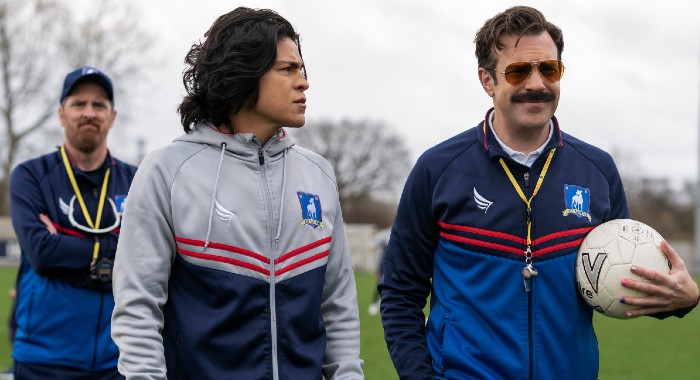 Sudeikis slides back into the mustache and button-down/sweater combo of Ted with as much bright-eyed joy and unexpected vulnerability as last season, even as we see season 2 starting to throw up some more roadblocks for him.
– Clint Worthington, Consequence

In reaching for a criticism of this relentlessly upbeat season so far, it’s the over-reliance on Ted’s folksy witticisms. There’s a conversation early on in the season in which he uses three similes and metaphors back-to-back-back. It’s smirk-worthy when Ted responds to a cocktail invitation by saying the “same thing I’d say to Diane Sawyer if she ever asked me on a date: yes please.” The show has never been about traditional setup-punchline jokes and this personality tic substituted for that humor in Season 1. But after the umpteenth usage in Season 2, it begins to feel a tad cloying. Still, that’s far from a fatal flaw.
– Brandon Katz, Observer

Not only does Sudeikis take his performance to new levels in season 2, he ventures into new territory with the character, and the show built around him is better for it.
– Rick Marshall, Digital Trends 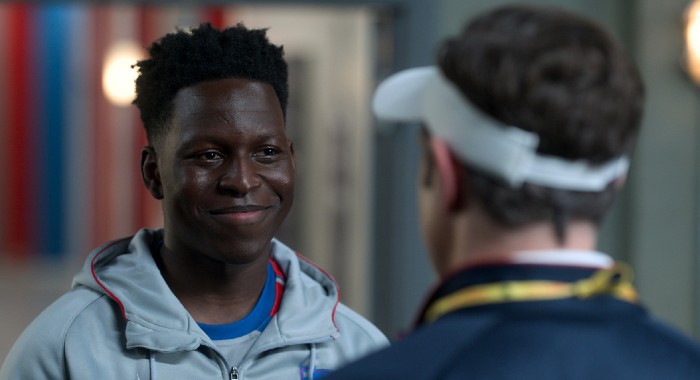 In particular, Sam Obisanya (Toheeb Jimoh) and Danny Rojas take more central roles in the narrative. Jimoh is a revelation, charming with every smile or grimace. Fernández propels Danny past the one-joke punchline of his original appearance (“football is life!”) and shows superb comedic skills.
– Kelly Lawler, USA Today

Like his titular character, executive producer Sudeikis doesn’t lead with his ego, and the best material in the new episodes goes to his fellow writer-performer Goldstein. Roy Kent is a blisteringly funny bastard with a fierce heart, and Goldstein deepens his character’s emotional core every week — including, if you can believe it, as the key player in a rom-com tribute episode.
– Kristen Baldwin, EW 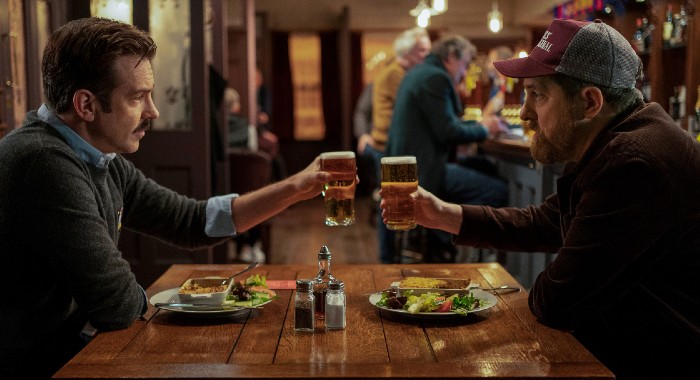 “Ted Lasso” hasn’t succumbed to any easy temptations; it still embodies its coach in being sweeter than it should be able to get away with and smarter than you’d expect, given its unassuming nature. “Ted Lasso” hasn’t been changed by its success, aside from a few guilt-free indulgences.
– Ben Travers, Indiewire

​​This time out, Lasso comes out of the locker room ready to play from the first whistle. The jokes land correctly from the start, the characters seem as rich or richer than when we last saw them. Happily, Ted Lasso looks poised to dodge any sort of sophomore slump.
– Tim Stevens, The Spool

Season 2 of Ted Lasso loses none of the show’s momentum heading into its next story arc, and builds on the successes of its first season in all the right ways. It continues to be one of the smartest, most entertaining, and most rewarding shows running right now, thanks to a talented cast that remains as invested in the series and its messages as their characters are in the optimistic outlook of the show’s titular coach.
– Rick Marshall, Digital Trends

Ted Lasso Season 2 is premiering at a very different time, comparatively, but that doesn’t make it any less important or valuable or necessary. It’s hard to imagine a world where we wouldn’t need a show like this.
– Liz Shannon Miller, Collider