TAGGED AS: Drama, supernatural, The CW 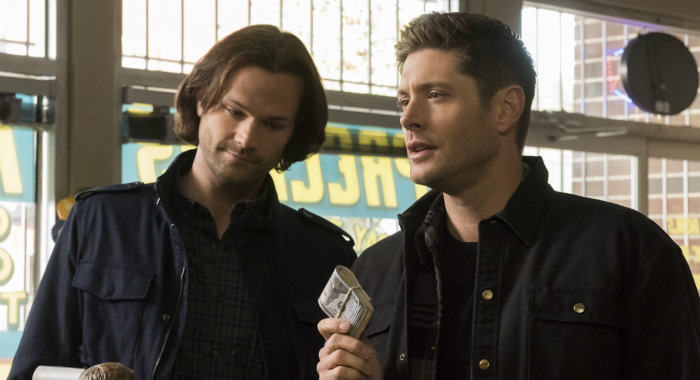 Supernatural began as the story of two brothers in a Chevy Impala hunting urban myths, but soon grew to include a sprawling universe of angels, demons, alternate worlds, and Crowley (Mark Sheppard). The CW series hits a big milestone this week: the airing of its 300th episode, “Lebanon.” It is a rarity in television, considering the number of seasons a series needs to hit such a landmark. As star Jensen Ackles told Rotten Tomatoes when we visited the set recently, only 23 other scripted primetime television shows have reached the 300 mark, a milestone practically unheard of in the realm of genre television — except for a certain British show about a time traveler, of course.

We caught up with the cast and producers just before they began production on the episode. At the time, thoughts about the milestone left them a little bewildered. As star Jared Padalecki put it, “it’s a weird juxtaposition of feelings” landing between “humility and pride at the same time.”

According to Ackles, the milestone episodes “sneak up on you.” At the time of the 200th episode in 2014 — the musical episode “Fan Fiction” — he thought the show might be winding down, but it just kept getting picked up.

“The seasonal pickups then dictate the episodic counts. Then you start stepping back and we’re like, ‘Wait a minute, we’re going to hit 300 next season?’” 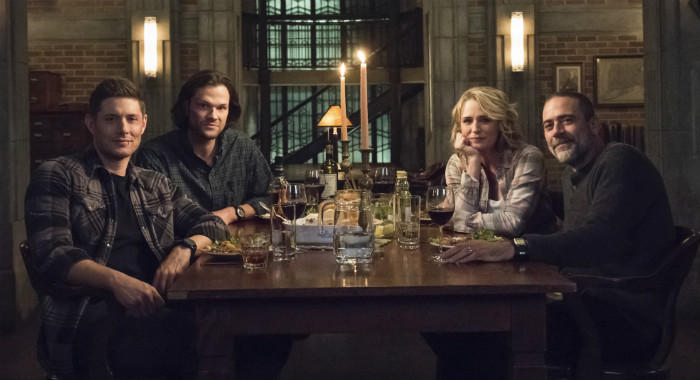 Naturally, the occasion led to some reflection. Executive producer Robert Singer said he enjoys the emotional and character-forward episodes because the show is firing on all cylinders when it reaches “that combo of being kind of a good horror show, but having a lot of heart.”

Executive producer Eugenie Ross-Leming in particular loved the addition of Mark Pellegrino to the cast. Initially joining the series as a temporary vessel for the Prince of Darkness in season 5, Pellegrino returned through Supernatural means to play Nick, the human forced to contain Lucifer time and time again. After years in a recurring role, season 14 marked the actor’s first season as a regular.

Pellegrino, for his part, really enjoyed playing Lucifer across the years — though actors including Padalecki, Misha Collins, and Rick Springfield have also played the role.

“My favorite memories are when I first came onto the show and played apocalyptic Lucifer and sort of built the mythology of Lucifer,” he told Rotten Tomatoes. “It’s just sort of been a nice creative little journey going through the various character changes that Lucifer’s gone through over the years.”

When Lucifer (caged within Nick) was defeated last season, Pellegrino thought “dead was dead,” but then he remembered “it’s Supernatural,” and there is always a way back. When we talked to him, however, he was still uncertain how Nick survived the Archangel Blade.

“I have theories,” he teased.

One of producer Brad Buckner’s favorite moments was the decision to create the Men of Letters bunker in season 8.

“[It] was a fantastic thing because it gave them roots on a show that had been rootless for so long,” he explained.  “It really gave them a base of operation. Now it’s a hangout place where people congregate, and I think that increased the feeling of the family dynamic that I think is really the attraction of the show.” 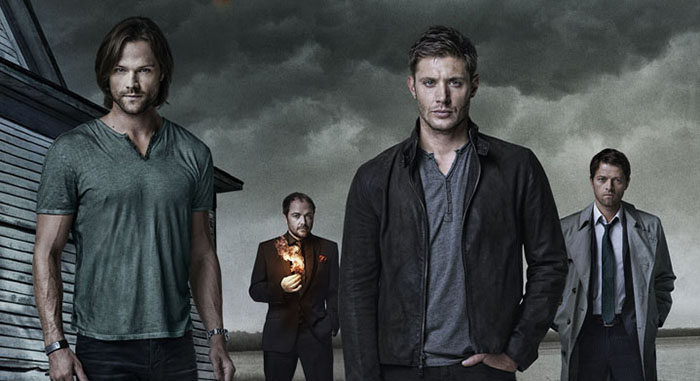 While still focused on Sam and Dean, the series expanded to include key characters like Castiel (Collins) and a larger world (and then a second world) beyond the Winchesters; a tradition that continues with the arrival of Jack (Alex Calvert), the son of Lucifer and a genuine Nephil — a human-angel hyrbid.

“Alex is just a wonderful addition to the core cast, and he seems to fit in and blend so well,” Buckner said. “You don’t get lucky like that too often, and we’ve been lucky multiple times.”

As one of the most recent additions to the show, Calvert has enjoyed fan interactions most of all.

“Comic-con was very cool,” he said. “But another great memory that I had was last year we got to go see the ‘Scoobynatural’ presentation in Hollywood, which was so cool, because we got to watch it with 1,000 fans.” He appreciated the vibe, which he said felt like “we were doing a midnight screening of Rocky Horror Picture Show.”

For Danneel Ackles, who recurred in season 13 as Sister Jo and the angel Anael, her favorite memory revolves around the moment she finally understood her husband’s least favorite part of the job: outdoor shoots in the dead of winter.

“He’ll call me and I’m chasing all these children around, and he’s like, ‘It’s freezing. You don’t understand, I’ve just been doing a scene outside for seven hours,’” she said. Her go-to response: “Don’t be a baby, you’re an actor. There’s a cheese plate coming.”

That changed after she did a scene with Pellegrino in extreme conditions.

“It was like 20 below zero and the wind’s blowing and we’re just — I’ve never been so cold in my life,” she said. “I had heat packets stuffed in places I can’t tell you about. I was like, ‘Oh, I get it, I get the show.’” 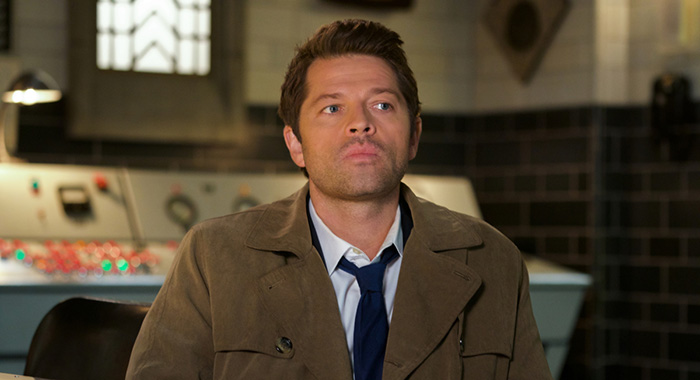 One thing fans definitely get about the show is Castiel. The character has become a popular cosplay subject at comic conventions — even if his costume resembles a certain other trench coat enthusiast with ties to the mystical. But the confusion led to one of Collins’ favorite off-set memories.

“I often on Halloween see kids dressed as Castiel, because it’s now become a thing,” Collins said. “My family was eating at this pizza place and I saw this kid dressed as Castiel and I went up to his table. He was about 10. I put my face right in his face and I said, ‘What are you dressed as, young man?’ And he looked at me horrified and said, ‘Constantine.’ Then his dad said, ‘Get away from my son.’”