Supernatural After 14 Seasons: Where Will Sam and Dean Travel Next?

Find out what the long-running CW series will never do, plus a few suggestions of storylines the Winchester brothers haven't yet explored.

TAGGED AS: supernatural, The CW

Starting with two brothers, a beloved Chevy Impala, and some demon-hunting equipment, Supernatural defied the odds to become one of the longest-running primetime shows in television history. It is also one of the few genre shows to break the tenth season mark, joining the classic Doctor Who in a very rarefied club of long, continuous production runs. When Rotten Tomatoes spoke with the cast and producers during a celebration of the program’s 300th episode, they all credited its longevity to two factors: first, stars Jared Padalecki and Jensen Ackles, and second, the on-set family dynamic that now includes a large stable of recurring characters and eventual co-leads like Misha Collins.

“I think that my favorite [aspect] is the growing family dynamic of the show where the core cast, which used to be just Sam and Dean, has really become a legitimate group of people who very much love each other and care about each other,” said executive producer Brad Buckner.

That family feel was on display in the 300th episode, which aired last month, but it left us wondering where the show can go now. Have the Winchesters driven every highway, rural route, private drive, parkway and surface street in their never-ending relationship with forces beyond imaging? The CW doesn’t think so, considering the network has already renewed the program for a historic 15th season. But let’s take a look at some directions Supernatural could go next. 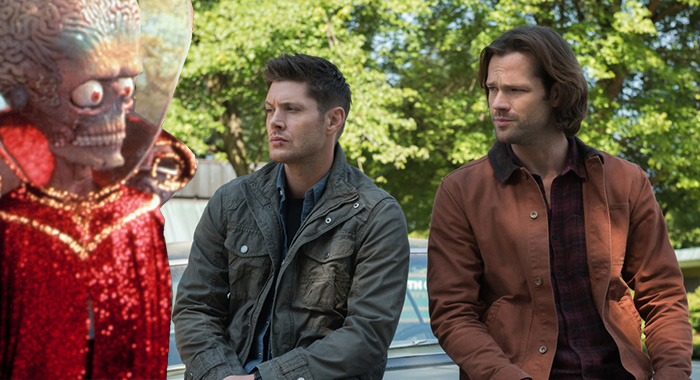 To be sure, this is a pie-in-the-sky idea considering creator Eric Kripke‘s stated rule that aliens do not exist in the Supernatural universe. Over the years, the show has poked fun at its slight similarities to The X-Files via a handful of episodes in which aliens turn out to be fairies or frauds. It is a completely understandable decision as the show is literally called Supernatural. You really don’t expect to see E.T. or grey aliens plotting with Rowena (Ruth Connell) or Alternate Michael (various actors including Ackles).

But now that the image is in your mind, consider this little thought experiment: What if they suddenly arrived and defied everyone’s assumption that they were not real. What if the angels and demons had no knowledge of them and could not account for their existence? Suddenly, the assumed political paradigm of the cosmos is upended because God never mentioned that he created other life in the universe. Alliances would have to be made, as well.

It leads to plenty of questions. Are the aliens bound by the same rules of engagement? Do they have their own versions of angels and demons to contend with? Are there alien equivalents of Heaven and Hell? In which case, does each sentient alien race have one of its own and why would God make things so complicated?

For the boys, it would start with disbelief and, no doubt, an eventual alliance with at least one extraterrestrial. Similarly, their adversaries would be looking for the angle immediately. And that’s before the show even thinks to introduce a second alien species. But on a larger scale, it would be interesting to see all of these impossibly old spirits lose their sense of security because a completely unknown element is in orbit above the Earth.

Yeah, it’s a reach, but it would be a funny one.

A Return to the Road 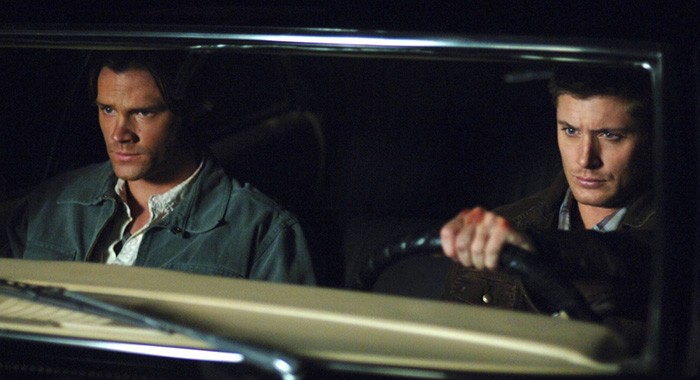 Since season 8, the Winchesters have had a place to call home within the bunker formerly used by the Men of Letters. It offers them a respite from their investigations even if it comes under attack from within and without all the time. But when it was first introduced, it was meant to change one key element of the show: Sam and Dean’s eternal journey across the country solving weird events. Six years later, it feels like the boys could lose the bunker and roam around essentially homeless. The material to write that story is there and, really, losing the sense of security the Bunker offers would be a huge shock to their systems — even more shocking than Sam or Dean getting possessed again.

And since it seems neither brother will ever have any semblance of a domestic life, removing their sense of home would reinforce that they are riding or dying together. This could go to the extreme of removing Castiel, Mary (Samantha Smith), and Jack (Alexander Calvert) — which would be a shocking turn at this point – but even if the five of them are forced to move from town to town, it could alter the program’s dynamic in unexpected and interesting ways. 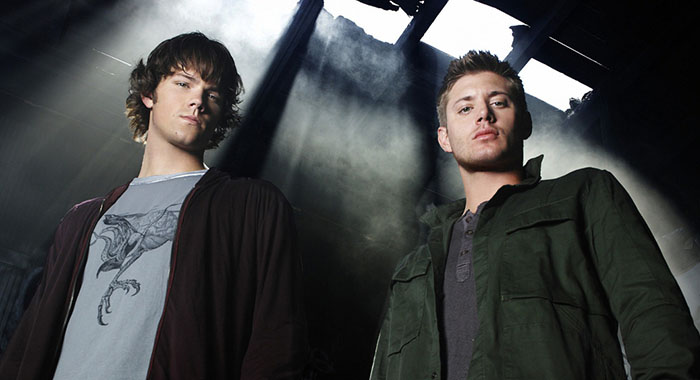 There was a time, 14 years ago, when the show was about Sam and Dean following up on urban legends and mythical creature sightings. Their dealings with Lucifer and the political structure of Heaven appeared later (even if it was seeded from the start). What if, suddenly, the forces of Heaven and Hell were gone? In the absence of demons and angels, wendigos, fairy folk, will-o’-the-wisps, jiangshi, and other creatures could try to hold sway upon the Earth. One imagines they would try to fill the power vacuum left by the departed angels and demons. It would reframe Sam and Dean’s mission and, possibly, create an end point for their fight as they clear away all of the supernatural creatures. Of course, they would be faced with the existential reality that evil can originate in humans without any supernatural source, but then it would be a different show.

Maybe that’s the Supernatural spin-off The CW would actually pick up to series.

The Road No One Will Take 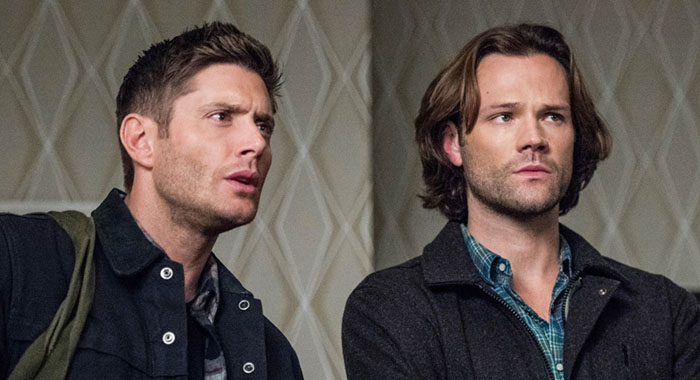 There is definitely one version of the show producers say they will never try to do: one in which either Sam or Dean is gone permanently.

“The heart and soul of this show is really the relationship with the brothers,” executive producer Robert Singer told Rotten Tomatoes. “They just deliver and their personal relationship is so close. That really comes through on screen. I’ve actually done shows where the two actors weren’t quite as fond of each other, and I think that shows up on screen. But these guys are great and they just live in these characters and so it’s easy for us to write for them.”

Singer and Buckner both agreed that losing one of their leads would mean to end the show.

As it happens, Supernatural even offered its own example of what the show would look like with a Winchester brother absent: The survivor leaves the life and settles down. Now, we would love to see Ackles in show where he is a retired hero trying to adjust to the humdrum suburban world, but we wouldn’t want that show to be an “AfterSupernatural” style spin-off or, worse, a Padalecki-less season 16.

Nonetheless, Supernatural keeps finding ways to keep its flame alive. It bends the Winchesters into impossible shapes, ports them over to alternate realities, and even reunites them with long-lost family. It also keeps the politics of the Heavens strange and compelling. Maybe that’s enough fuel to get the Impala to season 20.

Supernatural airs Thursdays at 8 p.m. on The CW. 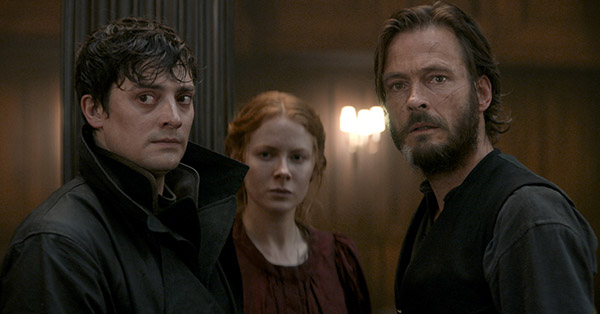