In the cult hit "Slums of Beverly Hills," director Tamara Jenkins created a darkly comic film from her experiences as a teenager. After a long layoff, Jenkins is back with "The Savages," premiering at the Sundance Film Festival.

The charismatic Jenkins is almost a poster girl for Sundance; she’s had three films in the festival, and workshopped "Slums of Beverly Hills" in the Sundance labs. Her latest, "The Savages," stars Laura Linney and Philip Seymour Hoffman in a dramedy about two middle-aged siblings who must care for their long-estranged father with dementia. In an interview with Rotten Tomatoes, she talked about the process of writing, the problems inherent in making an independent film, and how to avoid telling an audience how to feel.

Rotten Tomatoes: Was "The Savages" a hard sell for studios?

Tamara Jenkins: It’s a tough movie, and I was anxious that there would be a desire to chip away at the frankness of the movie. There were certainly suggestions, but when push came to shove, they let me make the movie I wanted to make, and that’s a pretty noble thing. In [the years between features] I matured in ways that made me incredibly protective about my point of view with regards to what I make. But really, when it came down it, they were like, "It’s your movie."

RT: What was the reason for the delay between projects?

TJ: Well, I worked on a script (a biopic of Diane Arbus), and it never happened for various reasons. I made weird things, I directed theater pieces, I wrote art essays, I did some strange things. And then I wrote this, and this took a couple of years. I knew everybody would be like, "What have you been doing?" I think I learned to be a good writer. I spent a lot of time writing, and failing, and trying, and just devoting myself to becoming a better writer. I think I was in the woods. And I literally was in the woods, because I went to this artists’ colony, like, three times, this writers’ colony called Yaddo, this legendary place in upstate New York where [John] Cheever wrote, and Sylvia Plath. There were all of these very intense fiction writers, and there was just something about being in that environment and that kind of commitment to writing.

RT: As a woman, is it harder to get a project off the ground?

TJ: It feels like there are definite inequities out there in terms of how many women filmmakers there are. There’s got to be some sort of truth in that. But it was kind of a personal exile. I feel I’m not really cut out for the business in a certain way. I don’t think I’m that great at that. I feel I’m getting better, but it doesn’t come naturally for me.

RT: Where did you come up with the idea for the main characters?

TJ: I wrote a scene about 10 years ago about this brother and sister, where the sister is calling freaking out about her dad. I didn’t even know what it was connected to. I think I was just interested in a sibling dynamic, and that was the first sign of it… As I was writing, it became very clear to me that it was about these two individuals, they were born under the same roof, under the same circumstances, and they adapt to the world in certain ways based on the damage of their childhood. Their coping mechanisms were very different.

Jenkins on the set of "The Savages."

RT: While I was watching "The Savages," I was wondering if these were the "Slums of Beverly Hills" characters all grown up.

TJ: I mean, there are obviously some autobiographical elements. I’ve had old people in my life die. My grandmother had dementia and she lived in a nursing home. But it’s inaccurate to say that it’s autobiographical. There’s a nursing home around the corner from where I live, and I have a dog, and I walk my dog around the block every single day, and there’s this nursing home, and I was just very fixated on it. I was obsessed with making the tone of that nursing home right. There are some aspects that are personal, but it’s a fiction. [Also,] I went and saw "Tokyo Story," and I was like, "This is so applicable to what I’m doing, but I’m doing the inverse." It really bugged me that the kids were these monsters. I took ideas from me and my brother, from both our lives, and just inverted us. It’s not autobiographical, it’s kind of us inside-out.

RT: You got a really good cast to put this over.

TJ: The most important thing was to find the right people who would really have this chemistry. It was like casting lovers or something; they had to have the perfect chemistry that made sense. After meeting Laura, then I had the idea of Phil. I just couldn’t believe my luck, that they responded to it and that they had the time to do it.

RT: It was shot pretty quickly?

RT: Was this an easier experience than "Slums?"

TJ: Yeah. I mean, it was very hard, for all the reasons that making movies is hard, like not enough money and not enough time. Mostly not enough time, which means not having enough money. But I did have a lot of luck in a lot of ways, and surrounded myself with a lot of really talented people in every department. There was just a really amazing work ethic.

RT: "Slums of Beverly Hills" and "The Savages" have laughs, but they’re sort of sour.

TJ: It must be my perspective or something. It’s not I’m sitting there trying to do something. It’s obviously something I’m very attracted to. I guess I think something that I’m trying to achieve is a kind of tone where you’re not telling an audience how to respond. They have to find their own way through it. You don’t want to feel like you’re pushing emotional buttons in a cheap way. I didn’t realize it that much until I saw it with an audience. People weren’t having a universal response, they were having their own reactions to it.

RT: This is your third time at Sundance, in terms of having a movie here?

TJ: I had two short films and this one. I was first here in 1994, and it was shaggy and rumpled. It was just kind of a different feeling. But I really love to be here, because I love the institute. It was a very formative thing for me. Even though everyone’s always talking about how it’s been corrupted by all this stuff, I still think there are definitely people here who are focused on film.

TJ: I have no idea. This has been very consuming. There hasn’t been enough downtime to imagine anything yet.

Read Tim’s review of "The Savages." 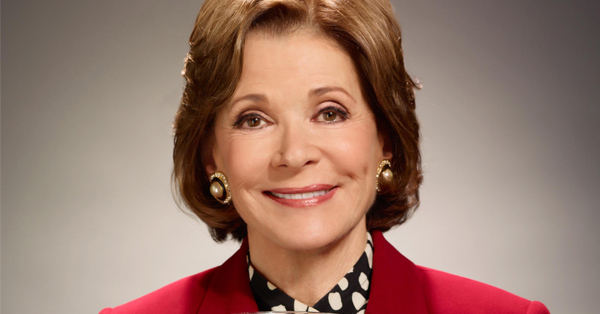