After Solo: 7 Star Wars Spinoffs We Want to See Next

Attention Disney: From Darth Maul to Boba Fett, these are the "solo" and spinoff flicks we're waiting for.

In the old, now-non-canon Expanded Universe Star Wars books, there were anthologies such as Tales From The Mos Eisley Cantina and Tales of the Bounty Hunters, which wove backstories for all of the background characters in some of the original trilogy’s most notable scenes. Some were jokey, some were just weird (Dengar asked Boba Fett to be his best man? Really?), but, combined, they did a great job of making the Star Wars universe seem larger and richer.

With 2016’s Rogue One: A Star Wars Story (85% on the Tomatometer), the new Solo origin story in theaters this week (currently at 70%), and a rumored Obi-Wan stand-alone film already in development —hopefully with Ewan McGregor reprising the role — the fact is that there’s going to be new Star Wars product stretching way off into the future like a never-ending opening scroll.

And let’s be honest: We’ve all wondered what Lobot was doing after Lando fled Bespin, or how Dex’s Diner serves millions of species with presumably wildly different physiologies, or how there could possibly be enough droids wandering the desert to make operating a Jawa Sandcrawler remotely economic. But before we get to exploring those clearly necessary stories, here are some slightly more marketable ideas for Disney to ponder for it’s next big Star Wars Story.

Boba Fett: Death is Not Enough 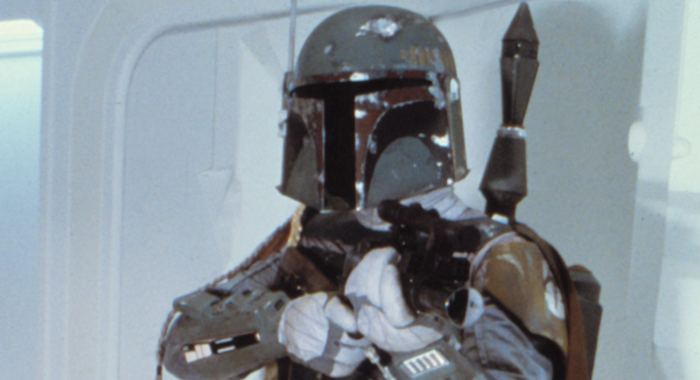 The Empire Strikes Back

UPDATE: It’s just been announced that Disney is indeed producing a Boba Fett movie, to be written and directed by James Mangold (Logan, Walk the Line). Here was our original proposition — listening, James?
In the ’90s, the Star Wars role-playing game featured a Fett-alike named Jodo Kast, since the original guy had plunged into the belly of the Sarlaac in Return of the Jedi. However, the later decision to have Fett escape from his presumed fate meant that there was a bounty-hunting wannabe floating around, and the Twin Engines of Destruction comic series told the story of Fett reclaiming his reputation by wiping out this third-rate pretender. Even without involving Kast, the idea of a scarred, wounded Boba Fett (played by a battered Temuera Morrison, who played Jango Fett in the prequels) attempting to reclaim his life, reputation, and career would make one hell of a film —and a total tonal departure for the series.

Tagline: Credits Where Credits Are Due. 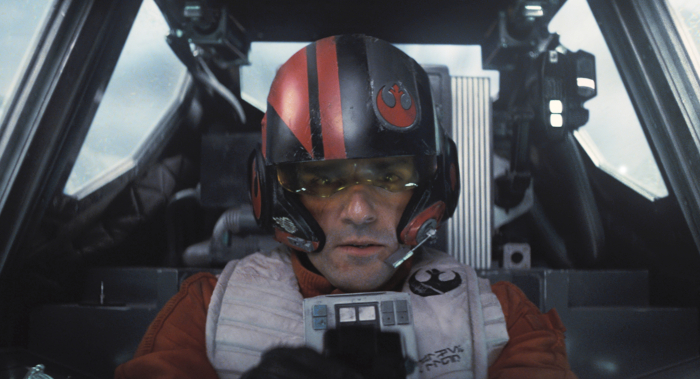 In what’s now considered Legends (the new title for the old Expanded Universe for those not in the know), the Rogue Squadron books and comics stood out for being a) rollicking good adventure stories and b) not being garbage. Why not go back to that model, showing the military hero of every trilogy battle putting together a Dirty Dozen-style strike team of ragtag misfits featuring a brash young pilot with preternatural skills, with Wedge (a returned Denis Lawson) trying to teach Poe (Oscar Isaac, with bangs) discipline and maturity against the backdrop of the rising First Order? Admit it: Who doesn’t want Space Top Gun?

Tagline: Look At The Size Of THIS Thing! 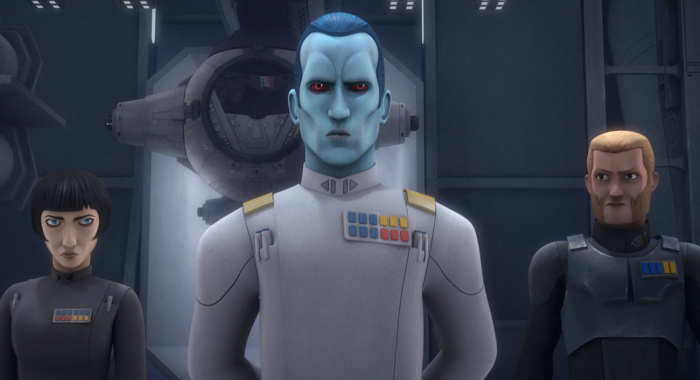 He was the breakout character of the old Expanded Universe, so undeniable that Rebels was forced to introduce him. And let’s be honest: Showing an Imperial that wasn’t merely in it for the power or Sith-related evil added complexity to a series that has recently shown a welcome willingness to deal in shades of grey. Thrawn seeks order, which is an entirely reasonable aspiration for a system of government, and the idea that the Empire had smart, capable people acting for rational reasons would be a welcome change to cartoonish baddies and doofuses like Moff Jerjerrod and Admiral Hux. Plus he studies a species’ art to work out how to defeat them. Dude’s got levels.

Tagline: There is an Art to War. 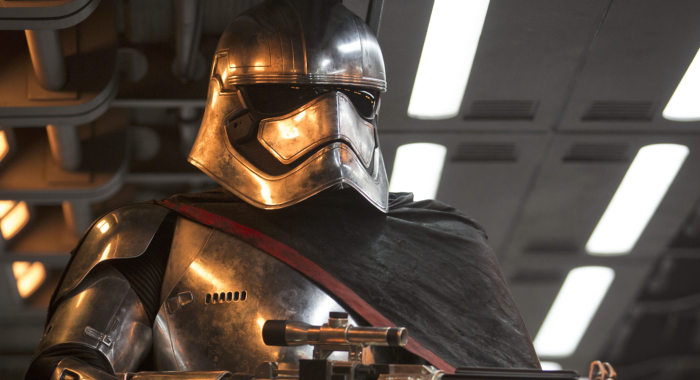 Of all of the characters in the new films, none have been so built up in the pre-release hype,  and delivered so little on screen, than Phasma, played by Game of Thrones’ Gwendoline Christie. She deserves a chance to redeem herself, frankly. And there’s a good character there, too. We’ve seen her win-at-all-costs approach in spinoff novels and comics, in which she killed her parents and assassinated the one person that knew she’d lowered the shields in The Force Awakens. So let’s see the origin story of how one plucky young woman rose to the top of… um, a bunch of space Nazis. OK, it’s maybe not as heartwarming a tale as we might like.

Mon Mothma and Bail Organa: Birth of the Rebellion 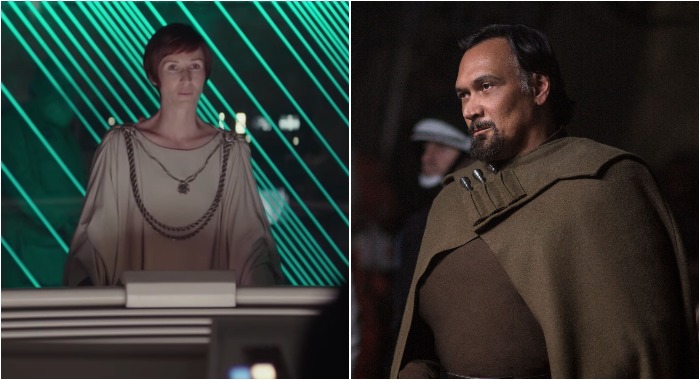 There was a deleted subplot from Revenge of the Sith that showed members of the Galactic Senate making plans for what became the Rebel Alliance. Since that plotline ended up on the cutting-room floor, it opens the way for a taut wartime thriller with Jimmy Smits and Genevieve O’Reilly trying to keep one step ahead of a suspicious Mas Amedda as they attempt to secretly build support – and military strength – against the Empire. And there are plenty of great characters to introduce that later play key roles: Dodonna, Rieekan, Madine, Ackbar, Nien Nunb, Bothan spies, those Prune Face guys… this has got fan service covered!

Tagline: Every War Has A Beginning.

Darth Maul: Shadows of the Sith 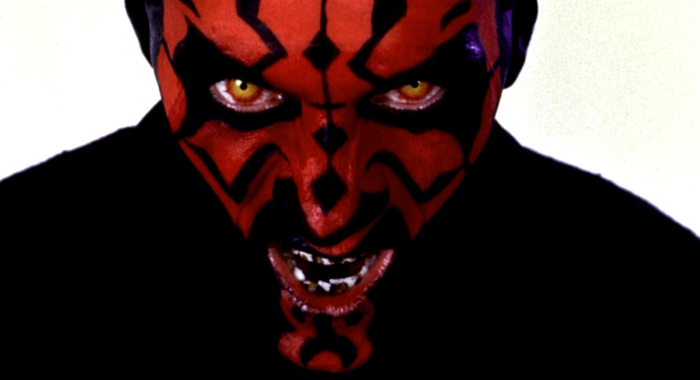 The biggest problem with Maul in The Phantom Menace was that he was an eye-catching character that barely got to do anything. On the other hand, nothing ruins a character more than getting bogged down in backstory. Let’s not find out about Maul as a child; let’s see him acting as Sidious’ hand in the Coruscant underworld. Let Maul be the antagonist in a noir film about a Coruscant cop baffled by a series of unexplained political murders, perhaps getting help from a venerable Jedi named Dooku, who seems mysteriously fascinated by the case, almost as though he has some personal agenda going on…

Tagline: There’s Something Down There. 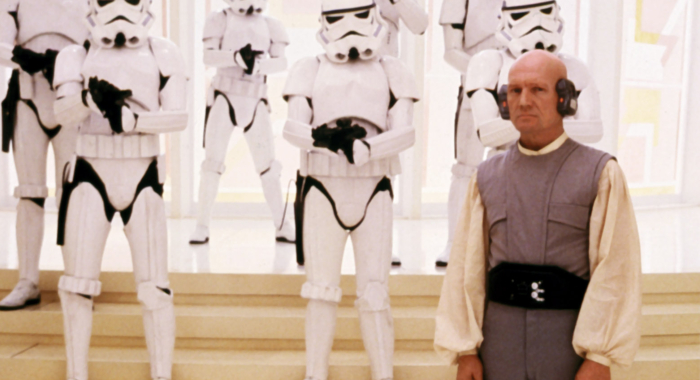 With the Cloud City bureaucracy in shambles, one cyborg has to renegotiate a series of complex commercial deals while settling a dispute with the Ugnaught union before… you know what? Maybe this one would be better as a stage musical.

Solo: A Star Wars Story is in theaters Friday May 24.