Who's the best crew member, does it feel like Trek, and what did William Shatner think? 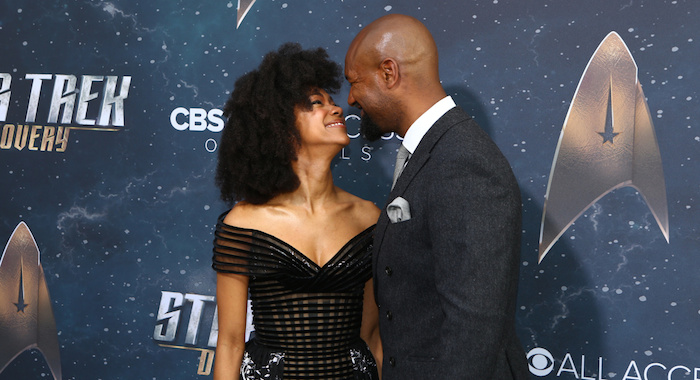 Star Trek: Discovery premiered at the ArcLight theater in Hollywood on Tuesday night and flooded the internet with red carpet moments and reactions from people who saw the first two episodes of the new series.

Beam down to the red carpet yourself with some reactions from those that attended the premiere.

IS IT OLD OR NEW?

Discovery is not the earliest take on Star Trek. That would be Enterprise, but does coming before the original ’60s series make it feel old or new?

#StarTrekDiscovery's first ep is so good, everyone. @SonequaMG kills it. Acknowledging the old while embracing the new. Can't wait for more.

STAR TREK DISCOVERY does the impossible. It's modern and enormous but still fundamentally STAR TREK. Q'apla!

Had the pleasure to watch #StarTrekDiscovery's 2-hour premiere. It's worth the wait. Big and beautiful, and I can't wait to see what's next. pic.twitter.com/hbUOQxfflV

Also, in a moment that made me audibly gasp, there is a @ShieldOfTmrw reference in the first episode. 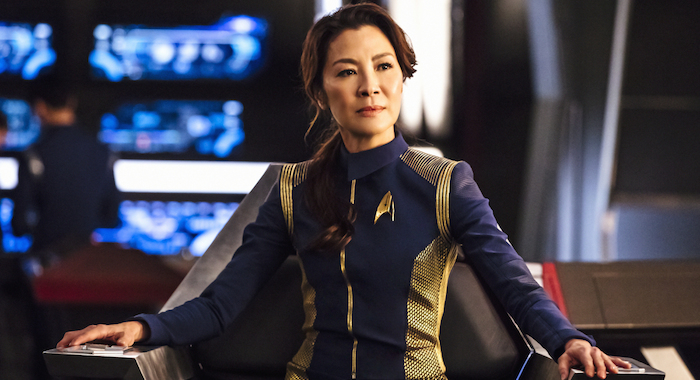 The most important part of any Star Trek is the crew, which were also the night’s big winners.

It's Burnham's show! @SonequaMG is the center of some twisty & riveting character dynamics that are the strength of the first two episodes. pic.twitter.com/w61nX3wnrv

Sonequa-Martin Green and Doug Jones are your new favorites. And the Daft Punk robot who worked on the bridge. I’m nerding out so hard.

CBS will put me in the Agony Booth if I give spoilers but can say Doug Jones' Lt. Saru is an INSTANT CLASSIC sci fi icon.

.@actordougjones Saru is great. Lot more too him than just 'sensing death' seen in promos.

STAR TREK: DISCOVERY is DS9 reborn, with emotion, intelligence and new science fiction concepts to spare. I am thrilled.

DOES IT WORK AS A CONTINUING STORY? 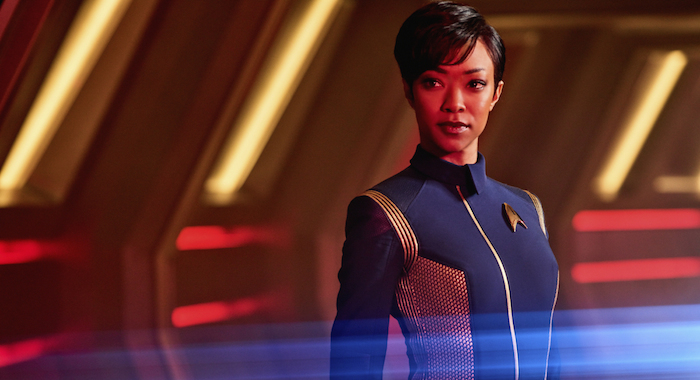 Most Star Trek shows told new stories every week, with the occasional two-parter (making fans wait all summer for “Best of Both Worlds Part 2.”) Discovery is one continuing story, and people who saw the first two can’t wait to see more. The previews of upcoming episodes weren’t enough.

My No.1 take on #StarTrekDiscovery after seeing the first two episodes tonight is: I can't believe we get 13 more episodes of this!!! pic.twitter.com/CIEXeMbCVg

I saw parts 1 and 2 plus clips from nexts Eps which all together completely sold me. I wanna watch! But that's mho https://t.co/dbszdydL5T

ARE THE MODERN VISUAL EFFECTS BETTER? 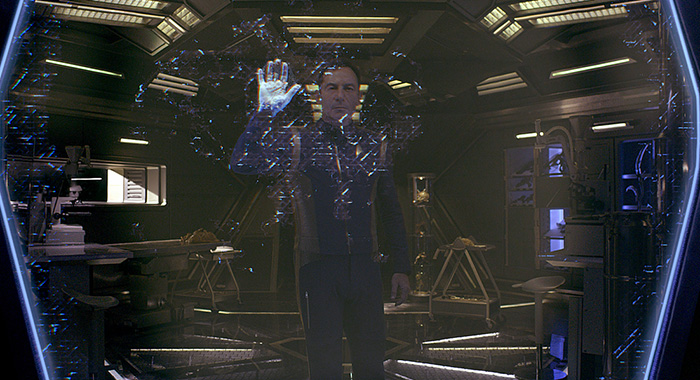 Sure, you can throw all the newfangled computer special effects at Star Trek, but isn’t part of what makes it Trek the old-school approach? Sounds like Discovery has, ahem, the best of both worlds.

VFX work is really stunning. Everything in the trailers definitely in-progress versions of the effects.

All the emotional character storytelling of Trek, but with legit modern amazing sci-fi spectacle.

CAN YOU GET THE THEME SONG OUT OF YOUR HEAD?

The Original Series and The Next Generation have the most hummable theme songs, but let’s see how Discovery ranks after you hear it over a dozen times.

I'm not supposed to get into spoilers, but I'm pretty sure this doesn't count: the opening credits to Discovery are NEXT LEVEL BRILLIANT. https://t.co/pdabqNxwS6

Yes. Yes, they will. Some fans have been reluctant to pay for CBS’s streaming service, on which all subsequent episodes of Star Trek: Discovery will debut after the series premiere. The opening two hours were enough to make subscribers out of some.

After watching the first two episodes of Star Trek: Discovery, I'm finally willing to pony up for CBS All Access. You win, CBS

DID THE ENTERPRISE GREATS APPROVE? 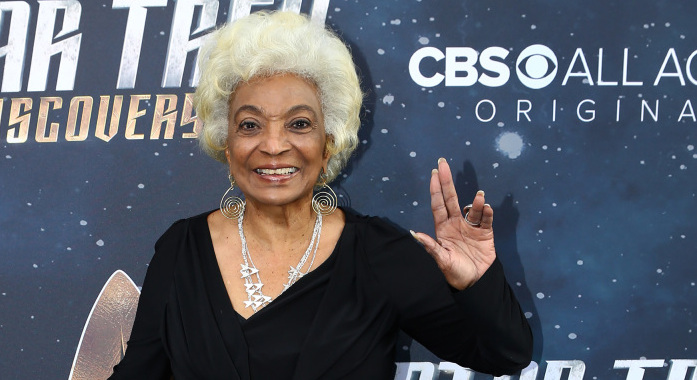 Star Trek: Discovery knows it stands on the shoulders of giants. So they invited as many of those giants as they could to see the new show. Fortunately, they gave their blessing, with William Shatner playfully ribbing Isaacs.

Hey @jasonsfolly you forgot to give me the quarters last night!? I came all that way for bupkis! ?

@SonequaMG, an honor to see you on this momentous day. Can't wait to see you shine in #StarTrekDiscovery @startrekcbs pic.twitter.com/PWiYs93gDT

# StarTrek Discovery stands respectfully on the shoulders of past Treks and is positioned to take the tradition into the future. I loved it.

Post #StarTrekDiscovery premiere all I can say is get @CBSAllAccessTV and the biggest tv screen u can!

The Nimoy family attended the premiere representing late actor Leonard Nimoy who played Spock in The Original Series and in numerous films.

And Sam Witwer was actually Sloth #3 on an episode of Enterprise, so once in a Trekker always a Trekker.

And yes. That's a good whoa.
A vintage Keanu whoa.#whoa

DISCOVERY CAST MEMBERS MADE IT SO

It was their big night, the first time anyone saw their work, and they were humbled by the experience.

Just got out of the premiere of @StarTrekCBS DISCOVERY!!! Fasten your seatbelts, Trekkies. It's soooo good.

I can't tell you what I saw at the premiere but I can tell you how I felt about it #StarTrekDiscovery pic.twitter.com/jYfLcCDEMb

THE PRESS WERE KIND

Based on these reactions from press, expect Star Trek: Discovery to be Certified Fresh once official reviews are compiled by Rotten Tomatoes when the embargo lifts Sunday night.

i am not allowed to spoil you for @startrekcbs so just let me say: it is phenomenal.

Any worries about stilted dialogue in teasers can be forgotten; definitely affected by editing for ads.