Critics say Tom Holland's third solo outing as Peter Parker is as full of Easter Eggs as anticipated, but also surprisingly emotional and strengthened by an epic third act.

The eighth live-action solo Spider-Man movie and the third starring Tom Holland within the Marvel Cinematic Universe (of which it’s the 27th entry), Spider-Man: No Way Home promises to be a culmination of everything fans have seen before. Somewhat literally, as the Multiverse brings in characters from other runs of the Spidey franchise for a nostalgic mash-up of sorts.

Does it work? Considering the movie’s high Tomatometer score out of the gate, the answer seems to be yes. However, while some are calling it one of the best superhero movies of all time, others do see some problems in the storytelling. But hey, imperfection is part of what makes Spider-Man such a relatable fan favorite, right?

Here’s what critics are saying about Spider-Man: No Way Home:

One of the best MCU films and easily ranks up there with the top Spider-Man films. – Jon Nguyen, Nerd Reactor

I not only loved Spider-Man: No Way Home but believe it to be the best Marvel movie of all time. – Scott Menzel, We Live Entertainment 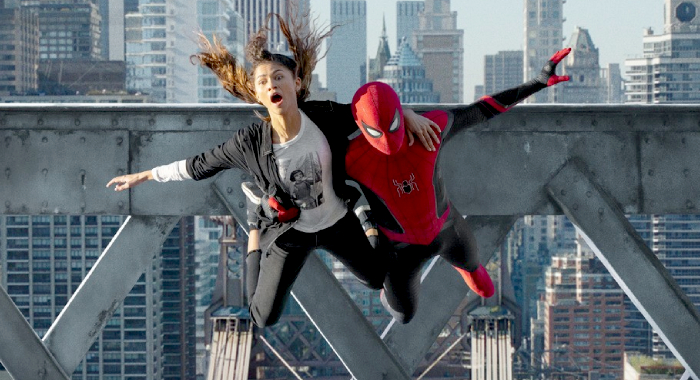 How does it compare to the last two Spidey movies?

It is a definite improvement from the last film. – RAchel Wagner, rachelsreviews.net

No Way Home feels more like a Spider-Man movie. It’s a bit corny yet endearing, heartfelt and incredibly fun — which is as it should be. – Mae Abdulbaki, Screen Rant

While not quite as utterly delightful as Spider-Man: Homecoming, it matches and often exceeds the already strong Spider-Man: Far From Home. – Joey Magidson, Awards Radar

From a visual standpoint, it’s the biggest of the three. From an actual story perspective, it’s the weakest. – Luke Y. Thompson, SuperHeroHype

Will hardcore Spider-Man fans be happy?

Spider-Man: No Way Home is everything we can wish for in a Spider-Man film. – Jon Nguyen, Nerd Reactor

This film brilliantly pays homage to the legacy of Spider-Man. – Scott Menzel, We Live Entertainment

No Way Home is a reminder that Marvel Studios undeniably gets the Marvel Comics characters down to the core. – Jeffrey Lyles, Lyles’ Movie Files

Will you need to have seen the other Spider-Man movies?

Spider-Man: No Way Home is an epic superhero feast for fans, but it should not be the first Spider-Man movie that people should see. – Carla Hay, Culture Mix

The connection and understanding of the previous movies’ plots are essential. – Mae Abdulbaki, Screen Rant

This film does base a lot of humor and emotional beats around the idea of audiences connecting with what’s happening based on previous films. – Aaron Neuwirth, We Live Entertainment

Spider-Man: No Way Home is at its best and its worst when it&#39;s recalling other movies. – Hoai-Tran Bui, Slashfilm 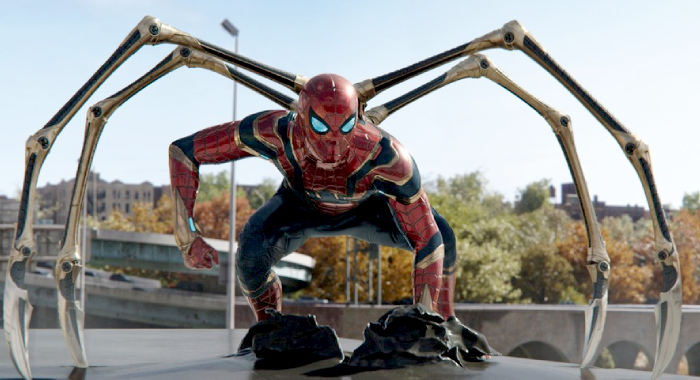 While there is a lot of nostalgia and fan service, the film doesn’t rely solely on that. – Scott Menzel, We Live Entertainment

There’s a ton of callbacks and plenty of fan service but it’s always in service of the story at hand. – Sean Mulvihill, FanboyNation

Even those uninterested in the film’s White-House-lawn–sized supply of Easter eggs can enjoy Holland and Zendaya’s teen-romance chemistry and Holland and Batalon’s buddy-comedy banter. – Alonso Duralde, The Wrap

Does it feel like a live-action version of Spider-Man: Into the Spider-Verse?

The film is a celebration of the character on the screen, like a live action Into the Spider-Verse, though not quite as overwhelmingly stunning. – Sean Mulvihill, FanboyNation

No Way Home feels like a live-action retread and reworking that’s nowhere near as successful or inventive. – Rodrigo Perez, The Playlist

Is it all that different from 2018’s Oscar-winning Spider-Man: Into the Spider-Verse? The difference I see comes through in the filmmaking. – Aaron Neuwirth, We Live Entertainment

It often plays like if Into the Spider-Verse cared more about the cameos than about Miles Morales. – Scott Mendelson, Forbes 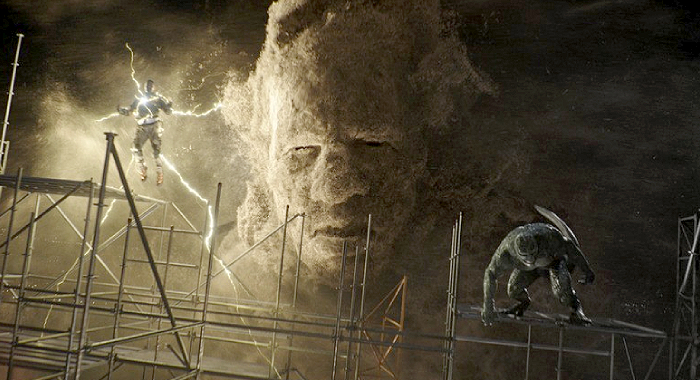 How is it to see the old villains again?

It is such an amazing reminder of how good the Sam Raimi Spider-Man movies were to see Willem Dafoe and Alfred Molina in their roles. – Kaitlyn Booth, Bleeding Cool

These characters are not back just to put fans in seats, they are actually used incredibly well in the story. Every one of them has a story, a plot point, and an arc in this movie. – Tessa Smith, Mama’s Geeky

What would have made the film stronger, however, is Peter getting his own villain rather than solely having to fight the ones from the past (as good as it is to see them back). – Mae Abdulbaki, Screen Rant

Are there too many villains?

It never quite crosses that threshold… It always manages to bring the focus back to Peter Parker and his problems. – Matt Singer, ScreenCrush

While this creates an interesting juggling act for the film, much of what is impressive about it is both how it handles all of them, and how it puts the story in a position to reflect on the totality of the character’s big screen legacy. – Eric Eisenberg, Cinema Blend

Multiple villains invariably do water down the central conflict. When everyone’s a compelling movie star, and the story has to find screen time for all. – Luke Y. Thompson, SuperHeroHype

Peter makes one bad decision after another… But that’s Spider-Man in a nutshell. – Matt Singer, ScreenCrush

When the film dares to ask heady questions about fate and humanity – debating whether these things are immutable – it falters, providing superficial answers akin to a Magic 8 Ball. – Courtney Howard, Fresh Fiction

If you poke too many holes in the narrative, Spider-Man: No Way Home starts to become undone. – Hoai-Tran Bui, Slashfilm 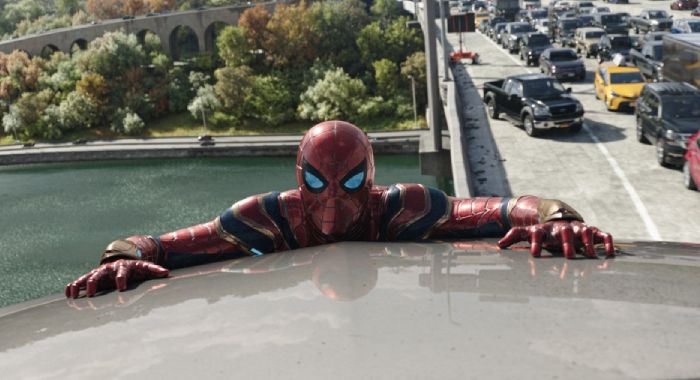 Does the movie get emotional?

The film will have you reaching for tissue paper. – Lupe Rodriguez, Haas CineMovie.tv

The most somber story we’ve seen yet centering on Tom Holland’s Peter Parker. The threats are more extreme than anything he’s previously faced alone, but also amped way up are the emotional stakes and maturity. – Eric Eisenberg, Cinema Blend

Certain moments are very emotional, and I was surprised by how powerful those scenes were. – Scott Menzel, We Live Entertainment

Does it take a while to get going?

The first half of the movie really weighs things down and not in a good way. – Kaitlyn Booth, Bleeding Cool

For much of the first 20 minutes of the film, No Way Home is astonishingly low stakes. – Hoai-Tran Bui, Slashfilm

There also is a lot of time in this movie with people in rooms talking. – Rachel Wagner, rachelsreviews.net

But does the third act redeem that slow start?

The first and second acts are very messy, but the third act pulls it together to pack one hell of an emotional punch. – Kaitlyn Booth, Bleeding Cool

The final act [is] one of the more breathtaking of any recent superhero film. – Jeffrey Lyles, Lyles’ Movie Files

The final act of Spider-Man: No Way Home is joyful in the best ways, dark in other ways, and overall the most fun the MCU has in years. For many, this third act will stand as the best in the franchises’ history, and they wouldn’t be wrong. – Sheraz Farooqi, Cinema Debate 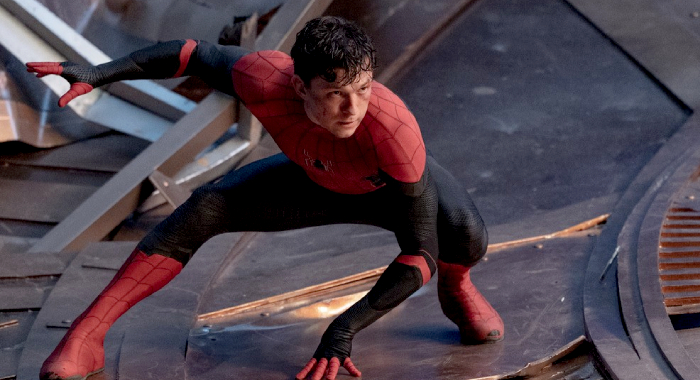 The battle scenes are MASSIVE… There are several big action scenes, and they just get bigger and bigger as the film goes on. Each one topping the previous one, which feels impossible, trust me. – Tessa Smith, Mama’s Geeky

The action of Spider-Man: No Way Home is often quite dazzling. – Sean Mulvihill, FanboyNation

Some of the best Spider-Man action we’ve ever seen. – Kaitlyn Booth, Bleeding Cool

A lengthy part of the movie that takes place on the Statue of Liberty will be talked about by fans for years. – Carla Hay, Culture Mix

The action is more brutal than ever before, trading some of the fantastical web-slinging action to more hand-to-hand combat and bloody brawls. – Sheraz Farooqi, Cinema Debate

Are there any issues?

As for the CG fest, it feels more awkward than usual at times. Certain scenes look as if they utilized blue-screening solely so the actors on set wouldn’t even know what was happening. – Luke Y. Thompson, SuperHeroHype

They are presenting a perfect world… where nobody is evil or bad and everyone can be redeemed or “cured” of their sociopathic or evil tendencies. That’s just not reality. – Rachel Wagner, rachelsreviews.net

The only major stumbles are in the mid-credit and post-credit scenes, when the franchise overlords have to impose their corporate will to whet appetites for the next movie while we’re still digesting the one we just saw. – Sean P. Means, Movie Cricket 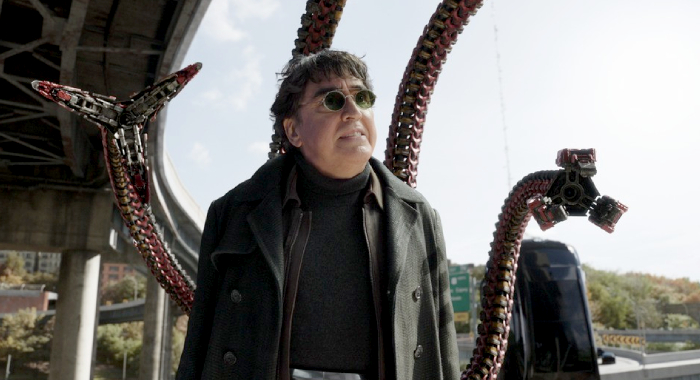 Is the movie worth seeing in spite of its flaws?

There is only 50% of an excellent movie here, but that 50% is worth showing up for. – Kaitlyn Booth, Bleeding Cool

Spider-Man: No Way Home will probably be a “love it or hate it” film. – Carla Hay, Culture Mix

Spider-Man: No Way Home is the very definition of the sum being less than its parts. – Scott Mendelson, Forbes

While the whole may not exceed the sum of its parts, some of those parts are great indeed. – Luke Y. Thompson, SuperHeroHype

Will it leave us wanting more Tom Holland Spider-Man movies?

It sets the stage for a promising second trilogy that brings the character back to his cinematic roots and builds upon the foundations set forth today. – Diego Andaluz, AwardsWatch

If they’re handing off the baton to other filmmakers to continue Spidey stories this is a good way to do it. There’s closure and surprises galore here, but also a clear avenue for further adventures. – Joey Magidson, Awards Radar

If it is the end of the Tom Holland Spider-Man movies, I am OK with that. I don’t want that to happen, but it gives fans a closure. – Tessa Smith, Mama’s Geeky