Plus, Peaky Blinders season 5 gets a trailer, The Big Bang Theory finds a streaming home, and more of the week's biggest TV news.

This week’s biggest TV story involves a major superhero milestone, some Big Bang Theory nostalgia (yes, already), a post-Game of Thrones role for one of its biggest stars, and more. 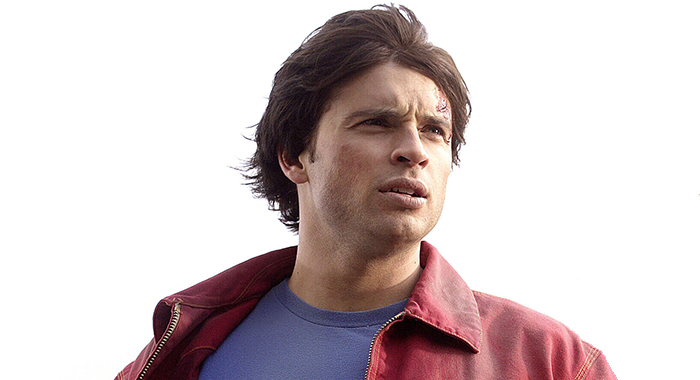 Major superhero news: The CW’s original Superman, Smallville star Tom Welling, is suiting up for the network’s epic Arrowverse crossover “Crisis on Infinite Earths.” While the prequel series famously didn’t show Welling’s Clark Kent donning his Superman cape until the final episode, we’ll find out what has happened to him in the almost-decade since Smallville ended.

“Tom is incredible. Bringing back his Clark is something we always wanted to do for Crisis,” Arrowverse executive producer Marc Guggenheim said on Twitter.

There’d be no crossover without Tom Welling. So Tom Welling is in the crossover. pic.twitter.com/9HqffyYUDh

He’ll be joined by two more Supermen: Brandon Routh, who stars on DC’s Legends of Tomorrow, will reprise his Superman Returns role in the crossover; Supergirl’s current Superman, Tyler Hoechlin, will reprise his role as well. Hey — there are infinite Earths, so theoretically that means infinite Supermans too.

The crossover begins with the Dec. 8 episode of Supergirl, continuing into a special Monday night airing of Batwoman and a regularly scheduled Tuesday night episode of The Flash on Dec. 10 before pausing for the winter hiatus. The story then concludes on Tuesday, Jan. 14 with Arrow and a “special episode” of Legends.

Peaky Blinders is back: The series returns to Netflix for its fifth season on Oct. 4. The streaming service released a full trailer for the upcoming season, which features Cillian Murphy’s Tommy Shelby, now serving in Parliament, dealing with the financial crash of 1929.

You can also watch the following new trailers:

The Big Bang Theory just ended, but two of its stars are already staging a reunion. According to Deadline, Jim Parsons and Mayim Bialik will executive produce the new multi-camera sitcom Carla, which Fox ordered straight to series. Bialik will also star as the titular character, “a 39-year-old woman who struggles every day against society and her mother to prove that you CANNOT have everything you want — and still be happy. Which is why she spent the money her parents set aside for her wedding to open a Cat Café in Louisville, KY.” It’s based on the BBC sitcom Miranda, which ran for three seasons between 2009 and 2013.

Speaking of BBT, when HBO Max launches in the spring of 2020, it’ll contain a vast library of hit shows — including one of television’s biggest shows from the past decade. All 12 seasons of The Big Bang Theory will be available to stream on the service. It’ll still air in syndication on TBS through 2028.

Baywatch Red, to the rescue! To celebrate the 30th anniversary of the iconic TV series, the Pantone Color Institute partnered with the show’s producers to identify and standardize @baywatch Red, a dynamic and dramatic, red shade featured in the red swimsuits worn by the cast. pic.twitter.com/YOPmTwLIs7

It’s been 30 years since Baywatch debuted, and the one-time biggest show in the world is still synonymous with red swimsuits and slow-mo jogging. To celebrate the milestone anniversary, Pantone created the color Baywatch Red, based on the red uniforms of the titular lifeguards.

ABC Is Reuniting All Your Favorites

GIRLFRIENDS X BLACKISH ~ @therealgolden47 @misspersiawhite @itsmejillmarie @blackishabc my giiiiirlfriends are guest starring on #blackish tuesday, october 8! we haven’t all been together on camera since 2006. these are women i grew up with and love deeply and it was easy tap back into the magic of our chemistry and how much we love each other. it was giggles on top of giggles on top of giggles. girlfriends ran for 8 years and was important to so many people. being able to merge the worlds of @blackishabc and girlfriends was surreal for me and so much fun. 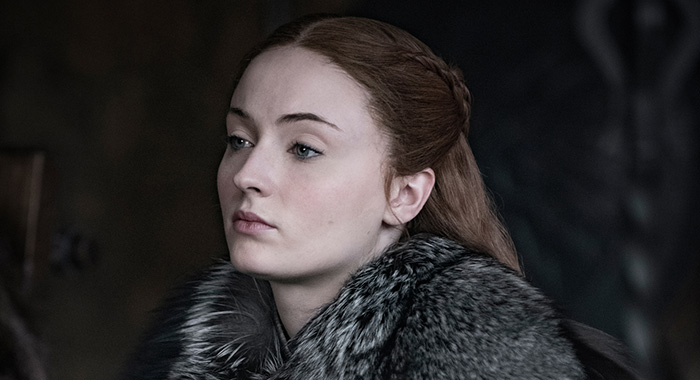 Game of Thrones‘ Sophie Turner and Corey Hawkins will play the only survivors of a plane crash on a snowy, remote mountaintop in the Quibi series Survive. The duo will battle their way out of the wilderness in the short-form series, which is currently in production and is based on the novel Survive by Alex Morel.

HBO Max has ordered a series based on Chimamanda Ngozi Adichie’s Americana. The Walking Dead star Danai Gurira will serve as showrunner, and Lupita Nyong’o will star.

Kiefer Sutherland will star in Quibi’s new short-form series The Fugitive as legendary cop Det. Clay Bryce, who investigates a bombing in the Los Angeles subway that Boyd Holbrook’s Mike Ferro witnesses (and soon becomes the biggest suspect thanks to social media accusations). Ferro must find the real perpetrator before Bryce can apprehend him. Production begins mid-October in Los Angeles.

Marilyn Manson will recur as death metal singer Johan Wengren in the upcoming third season of American Gods. “Bringing his specific energy, wit and boundless enthusiasm for all-things-Neil Gaiman to the role of Johan, a Norse ‘berserker’ in service to Odin, his performance promises to be disturbing, original and uniquely entertaining,” showrunner Chic Eglee told Deadline.

Billie Lourd will guest star in the upcoming final season of Will & Grace as Fiona Adler, the daughter of Grace’s older sister and granddaughter of Bobbi Adler, who was played by Lourd’s real-life grandmother, Debbie Reynolds.

We promise that you’ll never find another Mega Mentor like her.

Season 3 of Showtime’s The Chi is welcoming a trio of familiar faces. La La Anthony (Power), Lil Rel Howery (Get Out), and Luke James (Little) will guest star in multiple episodes of the Chicago-set series, which is currently in production in Chicago and will debut in 2020. James will play Victor “Trig” Taylor, Jake’s (Michael V. Epps) estranged older brother who wants to reunite his fractured family, but takes an unconventional approach. Anthony will play Dominique “Dom” Morris, a savvy businesswoman with dreams of more lucrative opportunities. Howery will play Zeke Remnick, the owner of Sonny’s building who cares less about the community than the bottom line.

Constance Zimmer will recur opposite Emma Kenney in the upcoming 10th season of Shameless. John Mulaney will play Henry David Thoreau in the Apple TV+ comedy Dickinson, about the poet Emily Dickinson. Willa Holland is returning to Arrow for the series’ eighth and final season, according to TVLine. She’ll recur as her character Thea Queen, the younger sister of the titular character. Amy Brenneman will join Jeff Bridges and John Lithgow in FX’s pilot The Old Man. She’ll play Zoe, a divorcee who rents a room to Bridges’ titular character. Jay Baruchel is joining Denis Leary and Elizabeth Perkins in Fox’s holiday event series A Moody Christmas, based on an Australian show of the same name.

Jasmine Guy will play a key recurring role in season 16 of Grey’s Anatomy, according to Deadline. The actress appeared in a late-season 15 episode as Gemma, a woman who experienced a freak accident and reunited with Dr. Webber, with whom “she shares a problematic history.” That storyline will play out in multiple episodes of the show’s new season.

Good Girls has found a new member of their criminal team: TVLine reports that Charlyne Yi will join the cast in the season 3 premiere as Lucy, a “quirky artist with ‘mildly impaired social skills’” whom the trio “manipulate to help them with their criminal enterprise.” And per Deadline, Orange Is the New Black’s Jackie Cruz will recur as Rhea, a dental hygienist and single mom who befriends one of the titular characters, to whom she may be more connected than either of them realize. 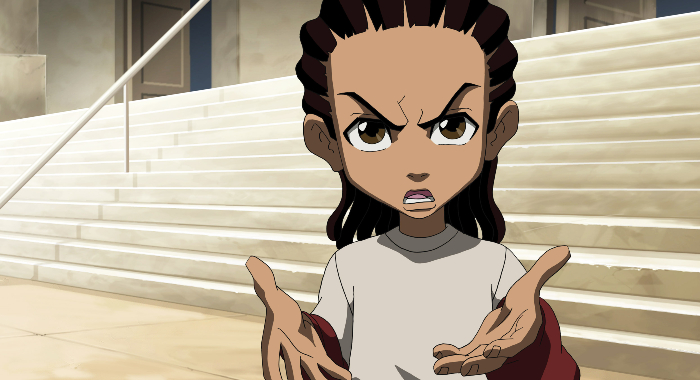 The Boondocks is returning to TV: When HBO Max launches next year, the complete series will be available on the new streaming service, which will also eventually be the home for two new seasons and a 50-minute special of the comic-turned-animated series. Creator Aaron McGruder is returning to helm the 24 new episodes, which is scheduled to launch in fall 2020.

The new series will revolve around “the adventures of self-proclaimed ‘Civil Rights Legend’ Robert ‘Granddad’ Freeman and his two rambunctious grandsons Huey and Riley. The family has recently moved to an idyllic community in suburban Maryland only to see it taken over by the tyrannical Uncle Ruckus and his bizarre neo-fascist regime. Life under Ruckus turns out to be an everyday struggle to survive.”

McGruder said in a statement, “There’s a unique opportunity to revisit the world of The Boondocks and do it over again for today. It’s crazy how different the times we live in are now — both politically and culturally — more than a decade past the original series and two decades past the original newspaper comic. There’s a lot to say and it should be fun.”

You’re the Worst creator Stephen Falk’s next project will see the writer/producer teaming up with Greg Berlanti for a Showtime drama called Spoonbenders, per THR. “Based on a 2017 novel by Daryl Gregory, Spoonbenders is a genre-busting saga that centers on The Amazing Telemachus Family, a traveling family magic act — which happened to be made up of people with actual magic powers — and the tragedy that finds them forced to reunite 25 years later, when old debts, long-running grudges the mob and the CIA all come looking for them.”

Showtime has ordered a pilot for the hourlong drama Yellowjackets, the story of talented high school girls soccer players who survive a plane crash in the Ontario wilderness, then descend into warring, cannibalistic clans. Karyn Kusama will executive produce and direct the pilot, which is set to film in Los Angeles this fall. The series was created by Ashley Lyle and Bart Nickerson.