Slashers and Monsters and Gore, Oh My: Which Horror Subgenre Is the Best?

We divided over 1,000 horror films into five major categories to find out which subgenre most consistently delivers the scary goods. 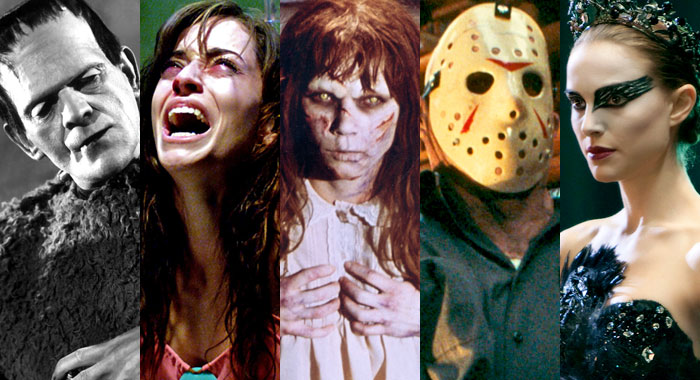 In the 125 years between the 1896 release of Georges Melies’ three-minute supernatural ghost story The House of the Devil and this week’s horror film The Conjuring: The Devil Made Me Do It, the horror genre has divided and conquered by telling stories about killers, monsters, ghosts, demons, genetically modified sharks (we love Deep Blue Sea), gaslighters, and Sam Neill going insane (Event Horizon, In the Mouth of Madness). What started with a three-minute story about a supernatural creature harassing people is now a multi-billion dollar enterprise that has produced thousands of horror films of all stripes.

With the third installment of the primary Conjuring film series (and eighth Conjuring Universe movie overall) about to drop, we decided to hack up 1,000+ horror films into five principal subgenres to determine which of them has the best Tomatometer average.

We used this handy flowchart that the horror-loving internet didn’t hate to define 1,038 horror films with at least 20 reviews into the following categories: Killer/Slasher, Paranormal, Psychological, Monster, and Gore/Violence. Why only five? We wanted to prevent a Russian nesting doll-esque situation in which we had subgenres of subgenres, like “monster movie musicals with a hint of angsty teenager elements” (think Anna and the Apocalypse).

Here are the subgenres we used, with some examples to illustrate how we separated the movies:

We’re fully aware that there are a myriad of horror subgenres that have been left out — there is no dark fantasy, splatterpunk, revenge, found footage, giallo, or horror comedy — but many of these films fall under the five categories above. We also recognize that there are some films that would qualify for more than one of our subgenres, and in those cases, we went with the one that fit best.

With all of that out of the way, here’s how our five subgenres ranked, according to the Tomatometer: 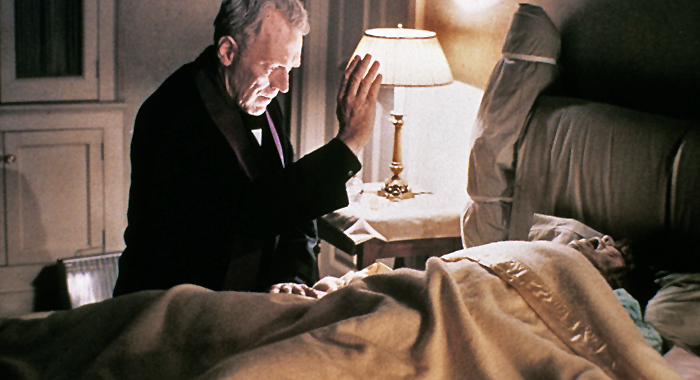 With the likes of The Exorcist, The Omen, The Evil Dead, The Dark and the Wicked, Drag Me to Hell, The Sixth Sense, The Uninvited, and House on Haunted Hill within the paranormal subgenre, it’s taken a lot of Rotten films to drop the Tomatometer average down to 46%. For every Personal Shopper or In Fabric there are Rotten movies like Brahms: The Boy II, The Turning, Fantasy Island, and The Grudge (all released in 2020) dragging the average down like the Lamia demon did to unlucky folks in Drag Me to Hell.

Of the 257 films we considered, 162 (63% of them) are Rotten, which ties with the Killer subgenre for the highest percentage of Rotten films. Adding to the Rotten average is the fact that 25 of the films, like Flatliners (2017) and the aptly titled The Disappointments Room (2016) have Tomatometer scores below 10%. We can’t pinpoint a specific reason why paranormal movies are largely Rotten; we just know that the subgenre has been haunted by low scores since 2000, as the average went from a respectable 54% to a Rotten 42% in the years since. 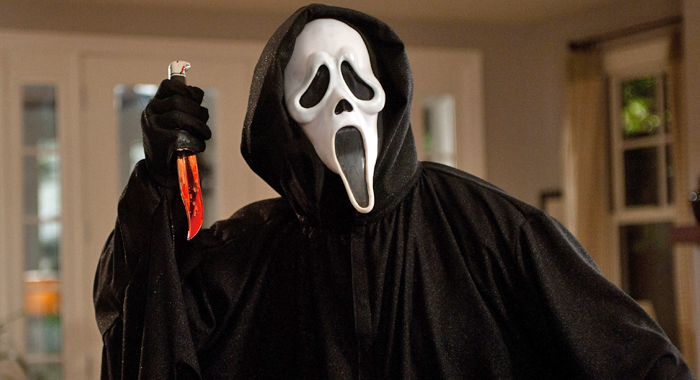 While horror historians may never come to a full consensus on what the original slasher movie was, we can all agree that films like Peeping Tom, Psycho, Bay of Blood, The Texas Chainsaw Massacre (1974), and Black Christmas aren’t bad places to start. Since then, the Killer subgenre has become home to classics like A Nightmare on Elm Street, Halloween, Friday the 13th, and The Texas Chainsaw Massacre. The problem with the category is that it’s also home to the 32 Rotten sequels and remakes that were a direct result of their success; the 85% Tomatometer average of the originals isn’t enough to combat the 28% Tomatometer average of their less-than-stellar later installments. While every other genre has to deal with Rotten sequels, reboots, and remakes as well, they slashed the Tomatometer average of the Killer subgenre the most.

These scores make us appreciate movies like Happy Death Day 2U, Red Dragon, A Nightmare on Elm Street 3: Dream Warriors, Cult of Chucky, Curse of Chucky, Wes Craven’s New Nightmare, and Child’s Play (2019) even more, as these Fresh sequels and remakes managed to buck the Rotten trend. The 81% Tomatometer-rated Scream 2 in particular deserves some love; it had to overcome script leaks, reshoots, and a rushed production (it went from script to screen in just one year), and the end result is possibly the best slasher sequel ever. 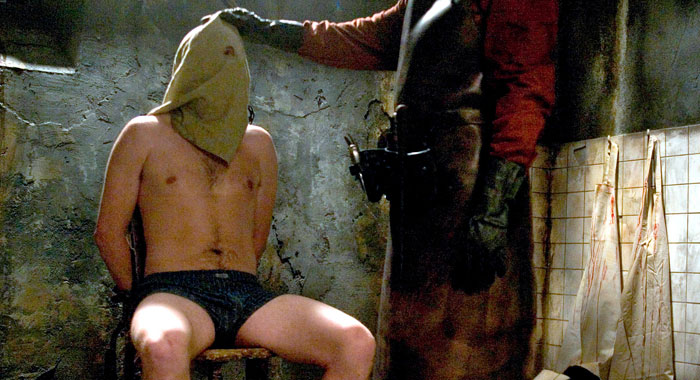 What makes the gore subgenre unique is its lack of super Fresh (90%+) and super Rotten (10% or below) films. In our data set, only The Loved Ones and Bone Tomahawk scored 90% or above on the Tomatometer, and only Strangeland (1998), Martyrs (2016), and the 2016 remake of Cabin Fever scored below 10%. It’s as if critics are afraid to universally praise films that feature graphic blood-dumping, but they also don’t dislike them enough to universally pan them. The category’s Tomatometer average falls somewhere in the middle, as the majority of the films in our data set (53% of them, if you can believe it) are Fresh, but they aren’t quite bloody-good enough to achieve a Fresh average overall.

Part of the blame falls on the Saw and Human Centipede franchises, whose 12 films have a 30.25% Tomatometer average and work against the positive scores of the brutal yet occasionally brilliant French films Inside, Frontier(s), and Martyrs. Even these “gore” classics didn’t set the Tomatometer ablaze, as they averaged just a respectably Fresh 68%; stepping outside of the horror genre bubble, this seems fair, considering their subject matter is polarizing. Takashi Miike’s bloody classic Audition remains an excellent example of gore done right; the film is violent, it’s directed wonderfully and burns slowly to a gut-punch finale you won’t soon forget. 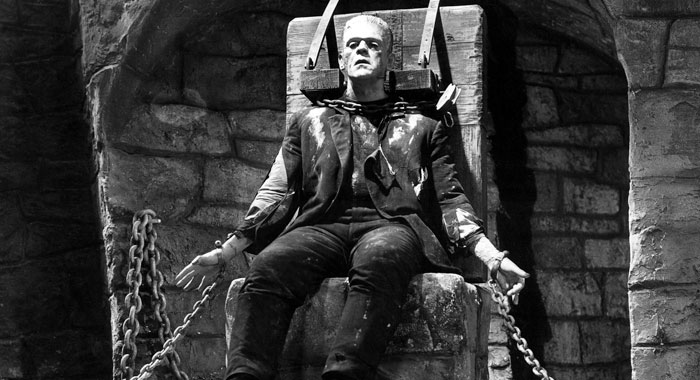 While the monster subgenre isn’t Fresh overall, it’s loaded with wonderful films that feature genetically modified sharks (Deep Blue Sea), flesh-eating zombies (Night of the Living Dead), giant ants (Them!), and a creature who travels over 1,000 miles, slowly shuffling towards its prey (It Follows). Being that we included zombies, werewolves, vampires, aliens, and sea creatures here, it’s a loaded category with an impressive 347 films whose 58% average almost reached Fresh status, but films like the famously panned Jaws: The Revenge, a beautifully insane movie about a telepathic shark hunting down the people who killed its relatives, drag the score down.

One of the most impressive aspects of this subgenre is that 48 of the 347 films (14% of the data set), including Train to Busan, Nosferatu (1922), The Bride of Frankenstein, The Host, and Let the Right One In, have Tomatometer scores above 90%, which proves that in the right hands, monster movies can be straight-up classics. The subgenre is also extremely flexible, as it allows for pure thrills like monsters eating coeds (Piranha 3D) and spelunkers (The Descent) just as easily as it can serve as a vehicle for thematic portrayals of consumerism (Dawn of the Dead), nuclear fallout (Gojira), and the dangers of toxic waste (The Host). Basically, monsters can fill in for any number of serious thematic allusions, or they can just be monsters. 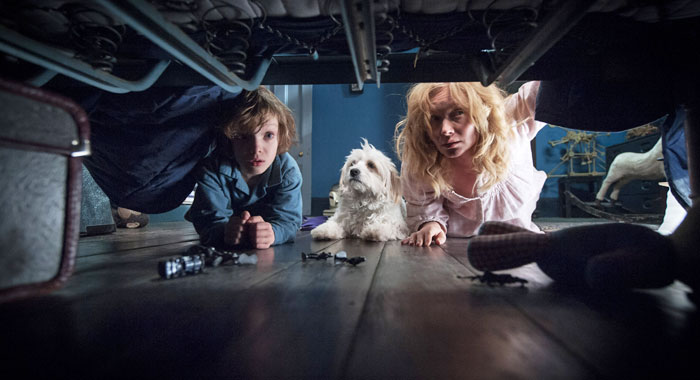 Tomatometer Average: 69%
Number of Films: 174
Fresh Films: 124
Rotten Films: 50
Definition: Films that inspire dread or discomfort primarily by utilizing tone and atmosphere to dive into the darkness of humanity

With a 69% Tomatometer average, the Fresh psychological horror subgenre is the best of all the horror subgenres, according to the Tomatometer. With 124 Fresh films (a whopping 71% of them –whoa) — 35 of them at 90% or above on the Tomatometer — it’s the clear victor here (we promise we’re not messing with your heads). The most impressive statistic is that there’s only one psychological horror film with a Tomatometer score below 10% in our data set, namely 2011’s The Roommate. This subgenre is also home to the 2006 remake of The Wicker Man, which features Nicolas Cage running around in a bear suit.

With films like Don’t Look Now, The Lodge, Unsane, Goodnight Mommy, Midsommar, The Invitation, Mulholland Drive, Black Swan, Creep, and The Babadook, it’s easy to see why it has a Fresh average. Directors like David Lynch, Ari Aster, Karyn Kusama, Jennifer Kent, and Darren Aronofsky have thrived in the genre by creating dread-soaked worlds full of mystery, murder, and people leaping out from behind dumpsters. Considering the overall data set average is 55%, the 69% average is excellent, and it’s perhaps not so surprising when you consider that psychological horror films depend so much more on an effective atmosphere and the performances of their actors. They tend to focus more on unsettling viewers and rely less on visceral thrills and carnival-ish trickery to shock audiences, and that generally makes for films that achieve a longer-lasting impact.

Which horror subgenre do you prefer most? Let us know in the comments!