What original British series Queer As Folk meant to Dunn as a gay youth and how representation has improved in the decades since. 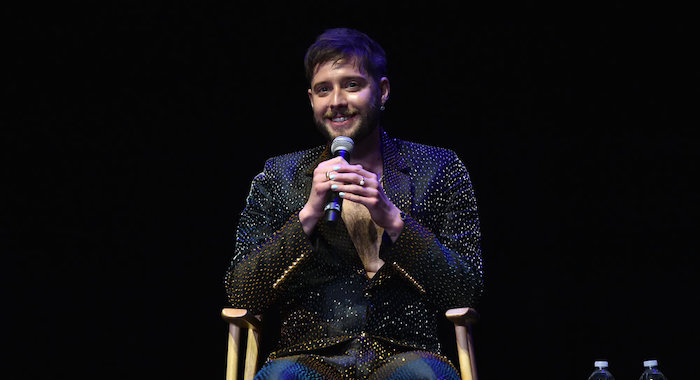 Stephen Dunn, writer and director the film Closet Monster and Little America episode “The Son,” created Peacock’s 2022 adaptation of Queer As Folk, which is based on the Russell T. Davies British drama that previously had been adapted into the long-running Showtime series. The new take was a passion project for the 33-year-old because of what the original series meant to him, Dunn tells Rotten Tomatoes, as he shares his thoughts on LGBTQ+ representation on television today.

Fred Topel for Rotten Tomatoes: How important is representation in today’s political and social climate?

I mean, it’s everything. There’s nothing more powerful, and I can say this from experience, from having watched the original Queer As Folk in my basement with the volume on mute. There’s nothing more powerful than seeing yourself reflected in some way. It can make a person in the hardest island like I was, in Newfoundland, feel a little less alone just to know that there are other people out there like them. So I would argue everything. It’s everything.

Why did you need to watch it on mute? Could you not even risk having your parents hear?

No, of course not. I was young, closeted, and I wasn’t ready to accept that I was queer back then. And I was afraid of the consequences, that it would mean I would be unlovable. It was not something I was willing to risk at that time. Thankfully, I risk it every day now. 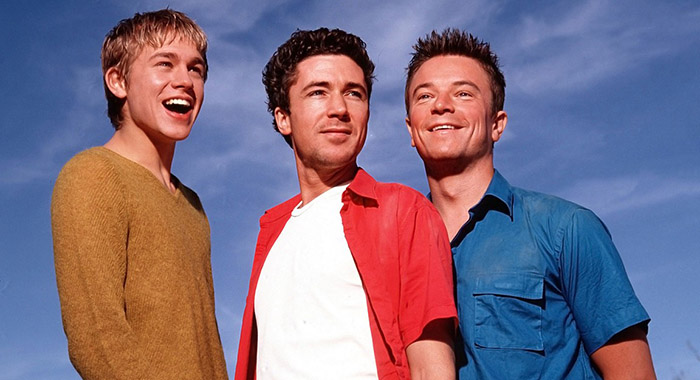 Which Queer As Folk, the British or the Showtime one?

How have you seen representation change since you started working in entertainment?

I think it’s changed a lot honestly in the last 10 years. There were so few out queer trans celebrities at the time when I started working. I made a queer movie, Closet Monster. I kept getting people saying, “Are you sure you want to do another queer project? You don’t want to be pigeonholed as a queer director.” And I was like, Hmmmm, I am a queer director. What’s pigeonholing about that? is how I feel now, but it’s not necessarily the way I always felt. I think things have changed dramatically in a career capacity, but I think honestly we’ve had a bit of a major backslide socially in the last handful of years that’s required there to be more storytelling, louder storytelling, more unapologetic storytelling. 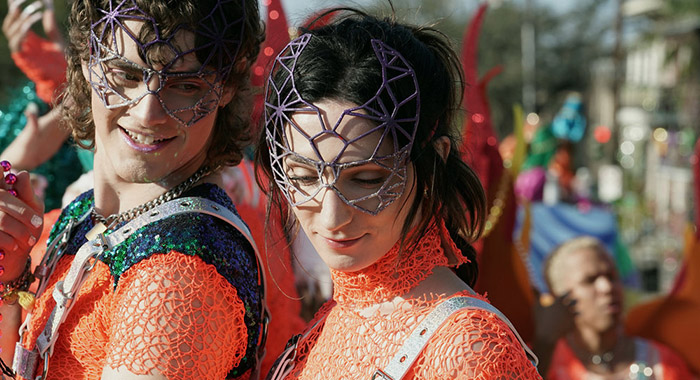 Comparing this June’s Pride Month to last year’s or many years past, are you happy with the growth of representation? Where do you still see room for improvement?

I definitely am grateful that Peacock greenlit a show like us to be honest. I think this show for me is, in a lot of ways, a reflection of my community that I feel is underrepresented in film and television. To be able to be so unapologetic about not just queer storytelling but the intersection of queer, nonbinary, trans, able-bodied, and disabled-bodied community all in a show that unapologetically features empowered sex scenes. I hate saying this but queer joy is an act of defiance and rebellion. It’s not always easy to make shows like this. It doesn’t not happen very often. They are too few and far between. The fact that Peacock supported us all the way through is a massive vote of confidence I think for the future of queer storytelling.

What TV series do you look to as inspiration that you feel do a good job representing the LGBTQ community?

I am so grateful for shows like Pose honestly that not just center these queer/trans POC stories, but also to tell them within the community. I think that that show just did such an incredible job at representing queer joy at a time when that was also extremely difficult to do.

Who are the artists or creators from the LGBTQ community who inspire you?

There are so many. Gregg Araki has always been a huge inspiration. I love my Canadian Xavier Dolan. They always come to mind the most for me in terms of queer storytelling.