Certain viewers unfamiliar with the comic books have been clearly confused by this entry in Disney+'s Marvel series offerings. The comedy? It's built in. The fourth wall-breaking. Also in there. But we do have questions...

In all the build-up to the premiere of She-Hulk: Attorney at Law, one thing slid under the radar: its copious references to Marvel Cinematic Universe events and continuity. For readers of She-Hulk comics by writers like John Byrne, Dan Slott, or Charles Soule, the close connections shouldn’t be too much of a surprise, of course. The frequent use of Marvel Comics tropes and characters laid the groundwork for much of the charm in their stories. And in utilizing that more comedic take on Marvel superheroes, the series also uses the absurd reality of the MCU as set-ups for punchlines.

Within those jokes, though, is a surprising amount of world-building — perhaps more in any Disney+ show since Loki. Granted, that series tore down worlds as much as it built them up. With the first episode of She-Hulk finally out in the wild, let’s take a look at some of the things its jokes and passing references clarified about the MCU and the series’ place within it. Also, we’ll ask some questions about the future for the MCU in general and Jennifer Walters (Tatiana Maslany) in particular.

While MCU projects generally move in a linear fashion — Doctor Strange in the Multiverse of Madness takes place after Spider-Man: No Way Home — there is still some wiggle room, particularly in a given movie or series’s distance from the events of Avengers: Endgame. But She-Hulk makes its setting in the timeline pretty clear: within the first year following Endgame. The evidence? Bruce Banner’s (Mark Ruffalo) long-winded explanation of why his arm is still healing as he and Jen drive down the Mexican road in the program’s opening minutes. That also places the series in a relative lock-step with the events of Shang-Chi and the Legend of the Ten Rings as Bruce’s recovering arm is a key visual during his scene in that film (to say nothing of the other connections teased for upcoming episodes). It also suggests both occur sometime before Hawkeye (set in December 2024) and the events of Thor: Love & Thunder and the most recent Doctor Strange and Spider-Man sequels. 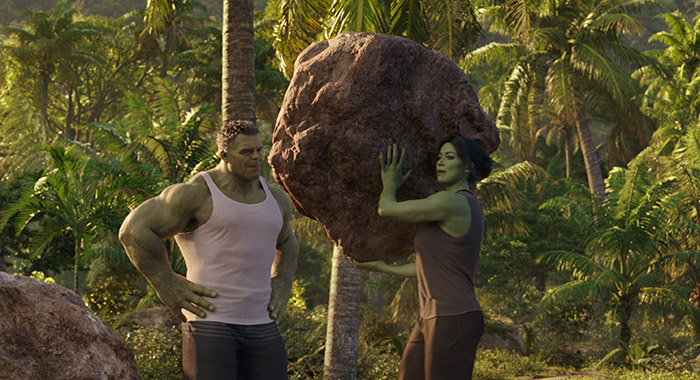 Of course, since the series is also one of the longest Disney+ Marvel programs so far, it is entirely possible Jen’s journey will catch up to the relative MCU present (late 2024 or early 2025) before its first season ends. The sense of time is important as it suggests the sort of well-known Marvel characters Jen might encounter as the series continues. As an example, Daredevil’s (Charlie Cox) costumed return to the MCU could coincide with the events of Now Way Home and Hawkeye, setting up a timeline for his own upcoming series and his reported appearance in 2023’s Echo.

Then again, Marvel Studios enjoys a little bit of imprecision in the timing of events. Consider, for a moment, that we’re not entirely sure how long Jen stayed at Bruce’s Mexico lab. The option of weeks or months means certain events in other films or shows may have occurred in the same timespan as the training montage. While we’re relatively certain The Falcon and the Winter Soldier happens before both She-Hulk and Shang-Chi, the events of Eternals could fit into the montage or a gap between episodes.

To an extent, this is all academic, but it also helps set up expectations for the program and the possibility of Jen making appearances in the next batch of shows or films.

One of the great features of the series debut is the familiar joshing between Jen and Bruce. The two already seem like family, and, as Bruce suggests, there is something in the family genetics that makes them capable of converting the gamma radiation into Hulk powers.

That hypothesis immediately leads to two questions: Why didn’t a second persona emerge within Jen, and will this ability help out cousin Ched later on? Granted, the latter may be a throwaway joke (as far as we can tell, there is no Ched Banner or Ched Walters in Marvel Comics lore), but it could always be a segue for one of the other Hulks to emerge in the MCU. As it happens, Jen has a cousin in the comics named David Pike, who becomes superpowered so Jen’s aunt can exact revenge on both her and her father. 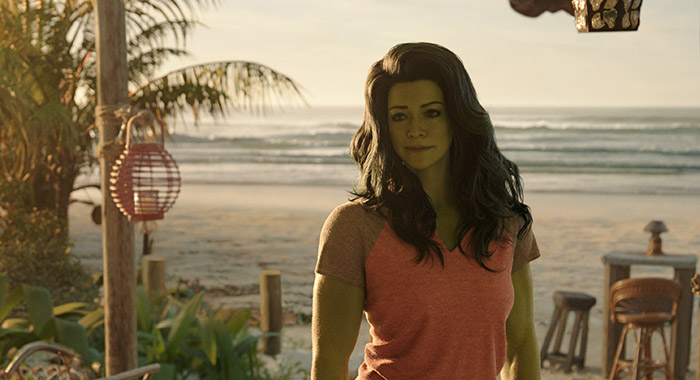 The more serious question, though, is one Bruce himself asks: Why was Jen able to integrate with her Hulk body almost instantly. We’re inclined to believe Jen’s assessment and that all the tactics Bruce learned across 10 years of trying to contain the Hulk are things most women learn to navigate workplace environments, but another thing to consider is the brief appearance of a more monstrous She-Hulk in the moments immediately after the car crash and when Jen is later harassed outside the bar. A more Hulk-like persona did exist for at least a moment, and it would be interesting to discover what happened in those moments it took control and Jen blacked out.

Nonetheless, Jen’s ability to remain in control when Hulked out has always been a defining difference between her and Bruce — even in times when Bruce is in control of his Hulk body – and it is a good thing that the series went out of its way to establish this difference with both comedy and the extended training montage.

Also, one other thought that may relate back to Ched someday: Isn’t it interesting that Jen’s blood was able to completely mend Bruce’s arm?

The Sakaaran Ship and Other Questions

Back in the comics, Jen received a blood transfusion from Bruce after being shot on the courthouse steps — a scene the series absolutely could have adapted, but we appreciate making it something involving just the two of them and a Sakaaran spaceship. In just a few shots, it really establishes how different and absurd the MCU is from our own reality. A pair of cousins could be joking about Steven Rogers’ virginity one second and swerve off the road to avoid a spaceship the next.

But what of that ship? Bruce, despite spending a year or so on that planet as its gladiatorial champion, seems disinterested in why it was there. Presumably, it was looking for the Hulk, but why? Many are already speculating that this will lead to a more direct adaption of the Planet Hulk comic book miniseries — either as a film or Disney+ series — but considering the accident occurs in relative proximity to the events of Shang-Chi, it is possible the ship may be answering the call from the Ten Rings. Or it may have something to do with Nick Fury’s (Samuel L. Jackson) armada — an idea left dangling since 2019’s Spider-Man: Far From Home. Embedding something like this in the more comedically-minded series would be a masterstroke of plotting. 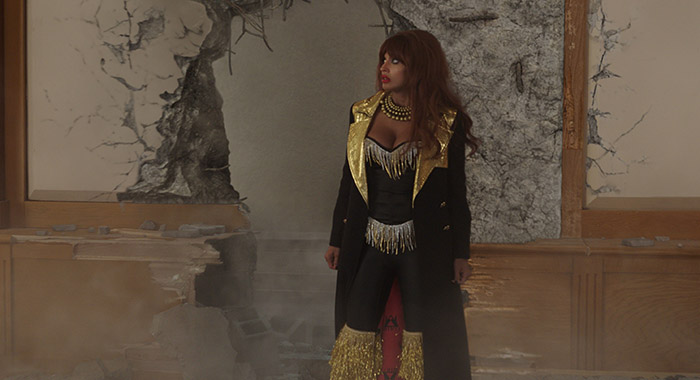 Since we’re asking questions, here’s another: Why did Titania (Jameela Jamil) barge into the courtroom? Was it an attempt to disrupt Jen’s case? Is she some sort of hired muscle — an occupation her comic book counterpart has been known to take up — or is she just another example of the growing superpowered community referenced in some of the show’s previews? Considering some pre-release publicity referred to the character as a social media influencer, did she barge in for likes or is it all a colossal misunderstanding?

Also, now that Jen has Hulked out in public, will she be able to put the genie back in the bottle? That never really worked out for her in the comics, and in at least one situation, it led to her dismissal from the New York District Attorney’s office. We’re going to assume something similar will happen here as we know Jen will be working for a private firm, GLK/H, in the not-too-distant future.

Another thing we can’t help but ponder is Jen’s ability to break the fourth wall. While the character has been known to directly address the reader back in the comics, this is the first time the MCU is really attempting the technique. It could be something we’re meant to parse simply as a joke, but the moment Bruce notices it suggests it may really be happening to Jen in the context of her reality. If it is something other characters acknowledge, it could indicate an element of the Multiverse breaking down. Seeing how it is implemented in subsequent episodes will, no doubt, offer clarity.

Meanwhile, the episode also answers one question: The one Jen herself asked right before the accident. Via a pretty goofy mid-credit stinger, Bruce reveals that Steve did in fact lose his virginity while on the USO tour in 1943. And according to series head writer Jessica Gao, that information is canon and the official proclamation of Marvel Studios president Kevin Feige. Well, provided that Gao isn’t joking. But it would seemingly end the memes that inspired Jen’s questions in the first place.

In terms of format, we hope these mid-credit stingers continue as they also poke fun at Marvel’s favorite storytelling device. They may also be a good place for trivia like Captain America’s sex life.