Jessie Mei Li and Ben Barnes shine in Netflix's Shadow and Bone, which brings the Grishaverse brilliantly to the screen with Game of Thrones-style world-building, lush costumes, and thrills aplenty.

With Shadow and Bone, the new fantasy series set to hit Netflix on Friday, April 23, the mega streamer behind The Witcher and Fate: The Winx Saga is continuing on its mission to broaden and expand the groundwork HBO’s Game of Thrones laid for genre television.

The new show, which is based on the best-selling YA books by Leigh Bardugo and stars Jessie Mei Li, Ben Barnes, Freddy Carter, Archie Renaux, Amita Suman, and Zoë Wanamaker, tells the story of Alina Starkov, a seemingly average young girl who embarks on the quintessential hero’s journey to realizing her true purpose, magical power, and resolve against unfathomable odds and a dastardly villain. Shadow and Bone immerses viewers in a place known as “The Grishaverse,” opening the door to a whole plethora of characters and plotlines familiar to the devoted fandom of the book series.

But does the adaptation work? Here’s what critics are saying about Shadow and Bone season 1…

HOW DOES IT COMPARE TO THE BOOKS? 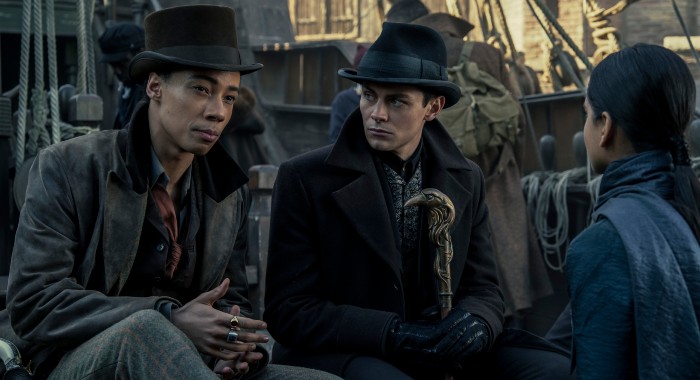 Packing more than one book’s worth of history, context and mythology into an eight episode season was always going to be unwieldy though and it does lead to some clunky exposition-filled scenes where a LOT of information is conveyed. – Fiona Underhill, JumpCut Online

Bringing in characters from Six of Crows, which technically takes place after the events of Shadow and Bone, was the right choice here. I initially had some concerns that this was going to feel like some strange add-on plot that doesn’t really fit the rest of the story, but they do not feel shoehorned in at all. The writing makes this feel natural and they bring a lot to the series. The show weaves them into the story really well while also setting you up for a completely different storyline that will pay off in future seasons. – Marianna Neal, Impression Blend

Let’s be real, though. Perfection is impossible to attain. However, this reviewer would argue that what writer/executive producer Eric Heisserer has created in Shadow and Bone, with the help of his team and author Leigh Bardugo, is close to perfection. And, for newcomers to the universe Bardugo has created, they’ll become immediate converts to the Grishaverse fandom. – Sarah Musnicky, Nightmarish Conjurings

HOW ARE JESSIE MEI LI AND BEN BARNES? 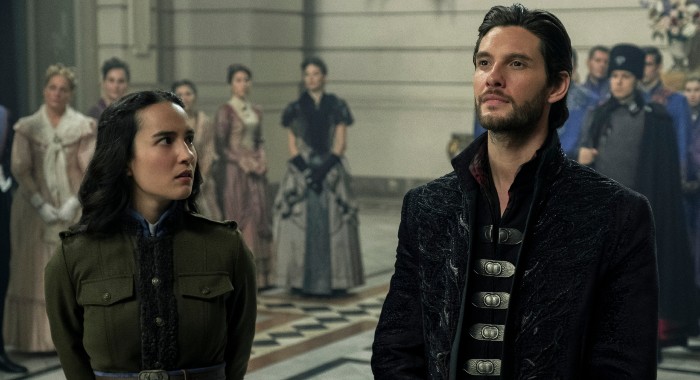 The fleeting moments of entertainment come courtesy of the cast. Li, who apparently burst onto the scene in a London production of All About Eve in 2019 and will appear in Edgar Wright’s highly anticipated Last Night in Soho, is an obvious future star, carrying her scenes with a blend of charisma and vulnerability that works. Alina becomes the center of the world when her power is revealed, simultaneously wanted, feared, and idolized, and Li deftly conveys that heady mix of adrenaline that comes from knowing one’s life has drastically changed forever with the associated fear that comes with that knowledge. – Brian Tallerico, The Playlist

Given that Alina often served as a kind of placeholder for readers, Jessie Mei Li has perhaps the hardest task of anyone on the show, but thankfully, she’s able to bring some fun and whimsy to what could have been a very sombre, heavy role… The latter could also be said of General Kirigan, so it’s reassuring to see that Ben Barnes is just as smouldering and handsome and charismatic and… ahem, yes, he’s great too, effectively balancing the moral extremes of his character without ever resorting to caricature. – David Opie, Digital Spy 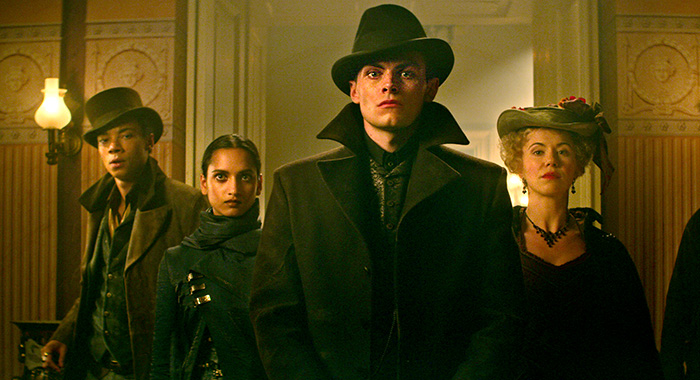 Renaux is also extremely charming as Mal, bringing a balance to Li’s portrayal of Alina that gives the characters’ relationship a tender quality. As for the Crows and Nina and Matthias, while they’re given a little less to work with, they’re just as compelling, with Young a particular standout as the roguish Jesper. He plays the mischievous foil to Carter’s Kaz and Suman’s Inej, both of whom are more serious (though about very different things), but all three have plenty of fun moments and their friendship is a highlight of the season. Lastly, Galligan and Skogman have plenty of chemistry as the antagonistic Nina and Matthias and their scenes, though most removed from the rest of the action, are a delight to watch as the characters engage in plenty of verbal sparring. – Molly Freeman, Screen Rant

Young’s confident gunslinger is a clear standout, as is Amita Suman as his knife-wielding compatriot Inej… – Liz Shannon Miller, Collider

The two men on either side of her love triangle — Mal Oretsev (Archie Renaux), Alina’s childhood friend and a fellow soldier, and General Kirigan (Ben Barnes), the mysterious “shadow summoner” of the Grisha army — prove to be wildly different but incredibly compelling foils to her, with Barnes particularly shining in every scene he’s in. The Dregs — leader Kaz Brekker (Freddy Carter), spy Inej Ghafa (Amita Suman), and sharpshooter Jesper Fahey (Kit Young) — are also sure to become fan-favorites, with each bringing a charming, swashbuckling, but meaningful energy to the whole affair. – Jenna Anderson, ComicBook.com

IS THE PRODUCTION VALUE UP TO PAR?

The scenery, the costuming, the visuals of the powers — they are all incredibly expressed on the screen. This show is visually stunning no matter where you look. The clothing perfectly encompasses a feel of past times, but also a fantasy world that doesn’t truly exist. – Tessa Smith, Mama’s Geeky

Production-wise, it’s a beautifully made show, with the best visual touch beyond the effects being the costumes designed by Wendy Partridge, which lean heavily on Russian influences to make this world feel distinct and special from other fantasy tales. – Liz Shannon Miller, Collider

One of the biggest standouts is undoubtedly the gorgeous costumes, which balance extravagance and practicality with a massive sartorial flair, in a way that will hopefully inspire a flurry of fan-made cosplays. – Jenna Anderson, ComicBook.com 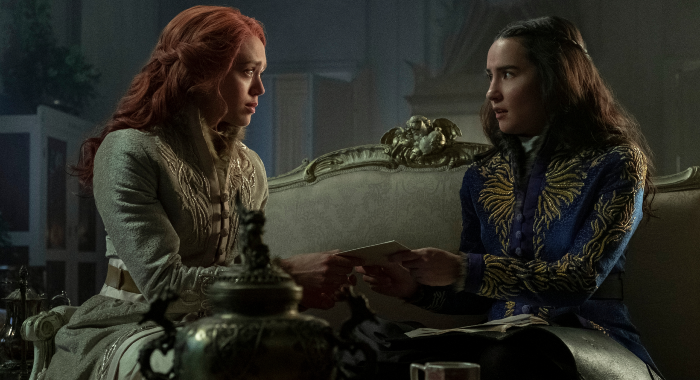 With its magical, orphaned, chosen-one hero (hello, Harry Potter), its story of a young woman destined to cause revolution while caught between her childhood bestie and a dashing, untrustworthy incomer (hey there, Hunger Games) and its dangerous kingdom of backstabbers (Game Of Thrones, we meet again), Shadow And Bone has plenty of familiar echoes. But it’s very watchable, with a compelling world and characters that could help it become a fantasy favourite in its own right. Ben Travis, Empire Magazine

You can watch the first season for the twisty world-building, Wendy Partridge’s lovely costumes, several enjoyable performances and the comfort of its reliable YA plotting. Just don’t expect to immediately understand everything and definitely don’t expect everything to come together by the end. Daniel Fienberg, Hollywood Reporter

Shadow and Bone is a perfectly cast, exquisitely-constructed fantasy dream, one that will find ways to charm both new and existing fans. Jenna Anderson, ComicBook.com