If you’ve been clinging to the hope that Screen Gems’ announced remake of The Stepfather was some kind of cruel trick, you may as well face facts — it’s really happening. And the studio has found actors willing to star in it.

Variety reports that Dylan Walsh, Sela Ward, and Penn Badgley have signed on for the remake, with Walsh stepping in for Terry O’Quinn as the nutball who…well, heck, let’s just let Variety tell it:

Screem Gems is aiming the film as more of a Hitchcock-style thriller than the original. Story centers on a teenage boy (Badgley) who discovers his soon-to-be stepfather isn’t all he appears. In fact, the man who fell in love with his mother (Sela Ward), might be a psycho who murdered his previous family. Palicki would play the boy’s girlfriend.

The “Palicki” the article refers to is Adrianne Palicki, who is in negotiations to join the cast, and is apparently reacting to the news of Friday Night Lights‘ continuing low ratings by grabbing whatever parts she can find.

The new Stepfather, which is scheduled to begin production “in March or April,” will be directed by Nelson McCormick from a script by J.S. Cardone. 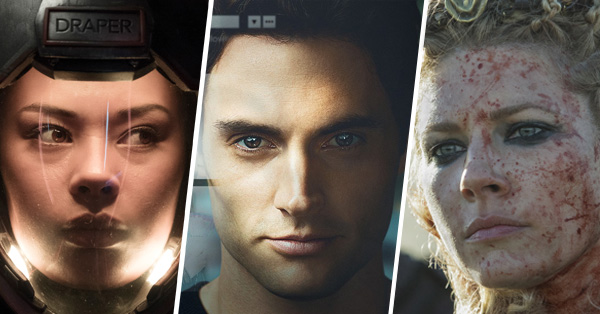 7 TV Shows You Should Binge-Watch This December