Plus, a music legend's biopic, Madonna's latest directorial effort, and something for Tim Burton fans.

This week on home video brings us a couple of gems and a couple of duds. Some notable Blu-ray reissues hit stores this week: Clueless, Men in Black II, Jeremiah Johnson, Pillow Talk, and About a Boy. But we’ll be focusing on the brand new releases, which include Steven Soderbergh’s gritty actioner, Garry Marshall’s latest holiday-themed rom-com, a gospel musical, Madonna’s second directorial effort, a Beatle biopic, and a collection of Tim Burton’s Warner Bros. films. See below for the whole shebang.

Steven Soderbergh expanded his resume to cover the action genre with Haywire, and the result was a critical (if not quite commercial) success. Soderbergh spotted MMA fighter Gina Carano on television and approached her about doing a film, specifically about a government contract operative (Carano) who is double crossed and must uncover the truth about the betrayal. With Soderbergh at the helm, Carano performing all of her own stunts, and a top notch supporting cast, Haywire earned a Certified Fresh 80% and provided an early-year adrenaline boost for moviegoers.

If critics were unkind to Garry Marshall’s last holiday-themed ensemble rom-com, Valentine’s Day (18% Tomatometer), they displayed downright contempt for New Year’s Eve, a similarly constructed collection of loosely interconnected stories populated by famous people like Halle Berry, Robert De Niro, Ashton Kutcher, and Sarah Jessica Parker, among many others. New Year’s Eve earned a paltry 7% on the Tomatometer, leaving many to wonder if Marshall might finally achieve the rare 0% with his next feature. Arbor Day, maybe, or Ash Wednesday if we’re really lucky.

Queen Latifah and Dolly Parton make an interesting, if unlikely, duo in Joyful Noise as two women battling to decide the direction of their competition-level church choir. Critics sung the praises of the film’s two leads, whose chemistry — along with a few solid musical numbers — was one of the few good things about Joyful Noise. It’s not subtle, and it doesn’t do anything you wouldn’t expect from a feelgood musical film, but if you’re looking for a simple, pleasant time-waster, there are those who would say you could do worse.

Everyone ultimately wants “to direct,” and Madonna is no different. Her first effort, 2008’s Filth and Wisdom, was considered ambitious but wildly incoherent, and if you thought she couldn’t do much worse, critics say you’re wrong. W.E., about a young woman (Abbie Cornish) obsessed with the romance between King Edward VIII and his American divorcee lover, earned a 13% from critics, who again offered up a chorus of, “It’s ambitious and it’s got style, but she doesn’t really know what she’s doing here.” The movie intercuts between the present and the past, but it’s a convention you’ve likely seen pulled off more effectively elsewhere.

When former Beatle George Harrison died in 2001, his wife Olivia turned away various would-be documentarians, explaining that he had wished his story to be told through videos from his personal archive. Then came Martin Scorsese, who earned Mrs. Harrison’s blessing and slowly began to piece together what would eventually air on HBO in two parts as George Harrison: Living in the Material World. The response was overwhelmingly positive, earning an 89% on the Tomatometer and inspiring critics to call it not only an insightful and fascinating rock doc, but also a worthy entry in Scorsese’s filmography.

Arriving exclusively on Amazon is a new Blu-ray collection of director Tim Burton’s work, featuring movies made under the Warner Brothers banner. While this means a few of his most beloved films, like Edward Scissorhands and Ed Wood, won’t be included, there are still some good picks here, like Pee-Wee’s Big Adventure, Batman, and Beetlejuice, along with Batman Returns, Mars Attacks!, Corpse Bride, and Charlie and the Chocolate Factory. The set also comes with a “premium hardcover book,” making this a decent pickup for die hard Burton fans. 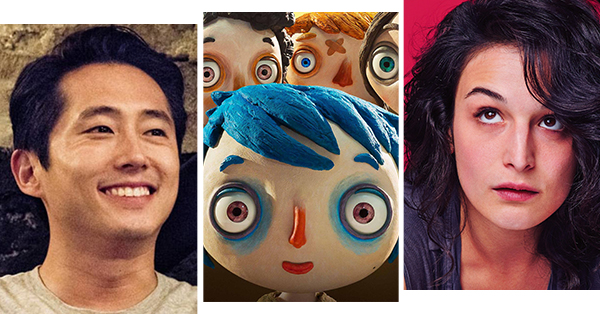