Check out the cover for the book which celebrates cult classics, underrated gems, not-so-sucky sequels, and movies so Rotten they're great.

Fresh news, everyone: A very Rotten book is on the way.

We’re super excited to announce that this October we will release our first ever book, Rotten Movies We Love. The book, published by Running Press, will feature 101 movies with Rotten Tomatometer scores that we love regardless. (Because we – just like you – still can’t believe Step Brothers is Rotten.)

We go to bat for the splat-worthy movies in Rotten Movies We Love for a variety of reasons. The movies might be: 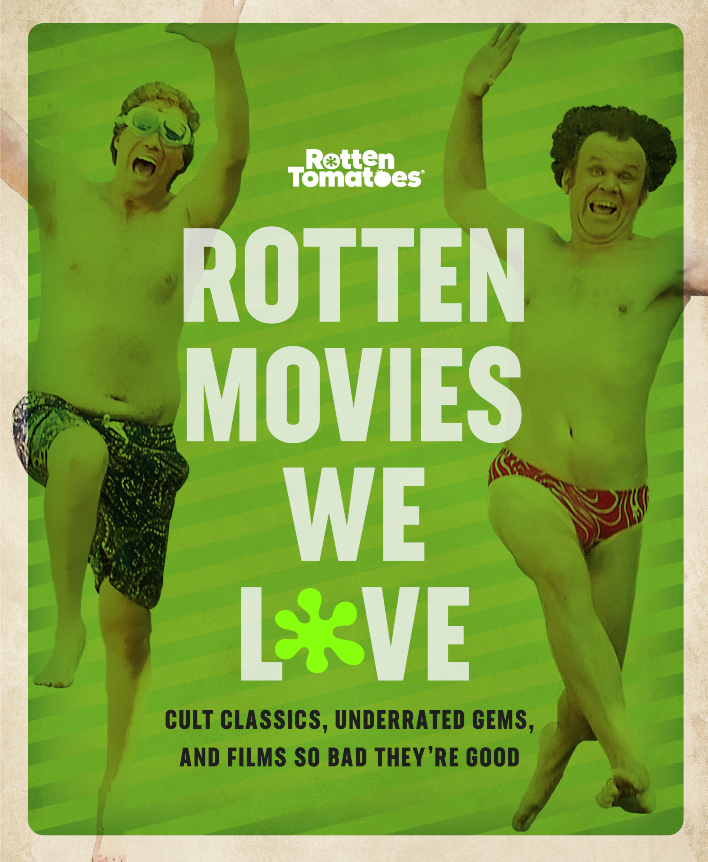 The majority of films have been chosen by the editors of Rotten Tomatoes, but the book also features essays from some great Tomatometer-approved critics whose work we’ve long admired, including Leonard Maltin, Empire magazine editor-in-chief Terri White, Vanity Fair writer K. Austin Collins, Monica Castillo, and many more.

The book is available from October 8, 2019, and you can find out more info and preorder it here.

Think you know which lovable Rotten movies are going to be featured in the book? Let us know in the comments below.